Do you have any Rockstar Video Editor creations to show off?

GTAV remains probably my favorite GTA ever. It's the first GTA that has it all. Not just a good story, not just a wonderful open world, not just a plethora of content to delve into, but incredibly solid mechanics as well. It's been interesting seeing R* evolve from GTAIV to GTAV. Everything, from that to Red Dead Redemption to Max Payne 3 (the shooting is practically ripped wholesale from MP3), was leading up to what is rightly considered by some to be their opus.

I wonder if we'll see that happen with Naughty Dog's Uncharted 4: A Thief's End? Combining what the developer has all but nailed with Uncharted and the freedom in combat and powerhouse storytelling of The Last Of Us. Also, Crash and/or Jak will be relegated to clothing unlockables, so they'll be there too. 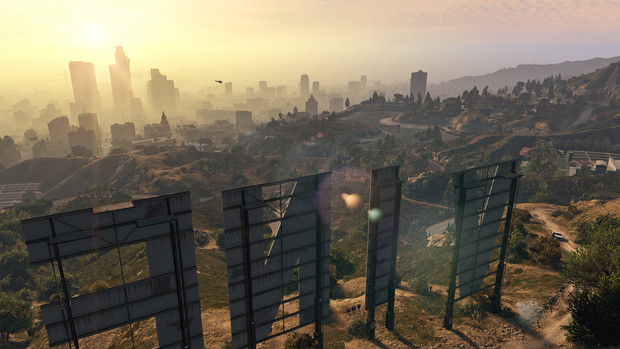 Right now, though, we're at the PC port of GTAV. What comes with it besides stupidly awesome graphics potential? Well, modding support for one thing! Also, a handy dandy video editor. As somebody who's been in the machinima scene (by "scene", I mean my room in my old apartment with a crappy handicam) for years and is still interested in the medium, this is particularly exciting.

I've spent a couple hours with it by now and it is, no surprise, pretty damn nice.

So, what can you create?

Not literally anything, but if you set your mind to something cool or fancy rather than anything especially ambitious, I'm 95% sure you can do it!

I'm honestly surprised that they've allowed access to the radio tracks for optional audio additions. Not every track, mind you, which is likely because of re-licensing issues, but more than enough for sure. Unfortunately, though, The Next Episode is not one of them. Same goes for I Want It That Way. Dangnabbit!

In about 20 minutes, I was able to conjure this cute little test project:

When I discovered you could animate from camera to camera, I knew I'd be able to eventually pull off some real neat stuff. I mean, I'm no director... but, I suppose that's what Director's Mode is for!

No, it's not. That was a stupid thing to say.

I decided to get slightly more inspired with my second piece by using the video editor's Director Mode, which allows you to use specific characters from across almost the entire campaign and more! Me? I chose an Altruist member. Because naturally.

You casually unlock more characters to pick from as you get further into the game, which is a nice way to entice people to keep returning to this specific facet of the video editor. Not only that, but you can actually free roam with whatever character you choose! You can't take your weapons with you (though characters can have weapons according to their personalities), but you can at least get some quick laughs by playing as Jimmy frollicking around on a scooter like we know he would given the chance.

I have just one more so far, which is easily the most comprehensive of the bunch.

This was where I started to fiddle with all that I could. Camera effects, tasty transitions, multiple music tracks, combining more than one recorded clip, etc. What resulted was something I think is pretty respectable. Not anywhere near as quality as that first video by 8-Bit Bastard, but I'd proudly set it alongside the rest of my better works (of which, there are very few). 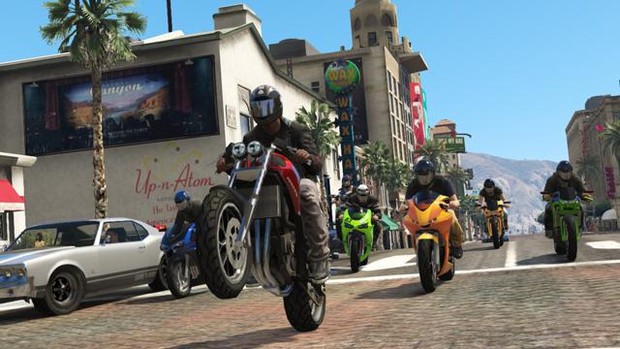 As far as the actual game goes, the port is damn solid. Even with my poopy notebook, with everything turned down to the lowest they'll go (minus resolution) it runs @45-60 fps and with visual quality akin to the original PS3/360 release. That is way way better than I thought I'd be able to handle it. I didn't even think I could run it at all!

I don't see me playing the game a third time, though. Not this version. For sure, though, when I get a better computer. To me, I'll gladly take the PS4/Xbone's up in visuals and a clear 30 fps over going from that to PS3/360 quality and a somewhat smooth 60 fps. A big part of the charm of GTA is it's open world and I'll take whatever I can to make it look more beautiful without sacrificing too much of the performance.

Haven't dabbled at all in Online as I'm not a fan of general online play unless it's co-op or a Nintendo title (Mario Kart 8 is a fantastic online game, especially without any mics and those humble Mii avatars). 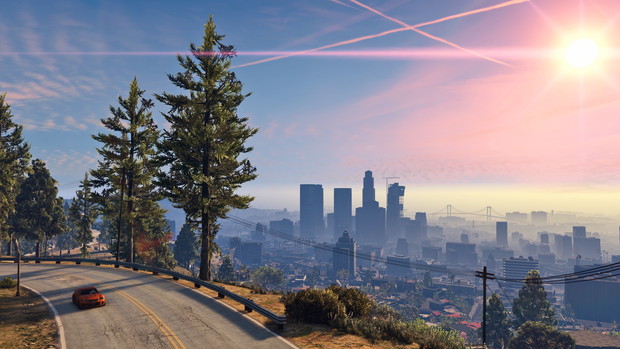 I can see myself getting a lot out of this. Even if I never ever beat another campaign mission, these 60 bucks will, before long, have been worth it.

Do you have any videos you've made with the video editor? Show them to me! NOW! 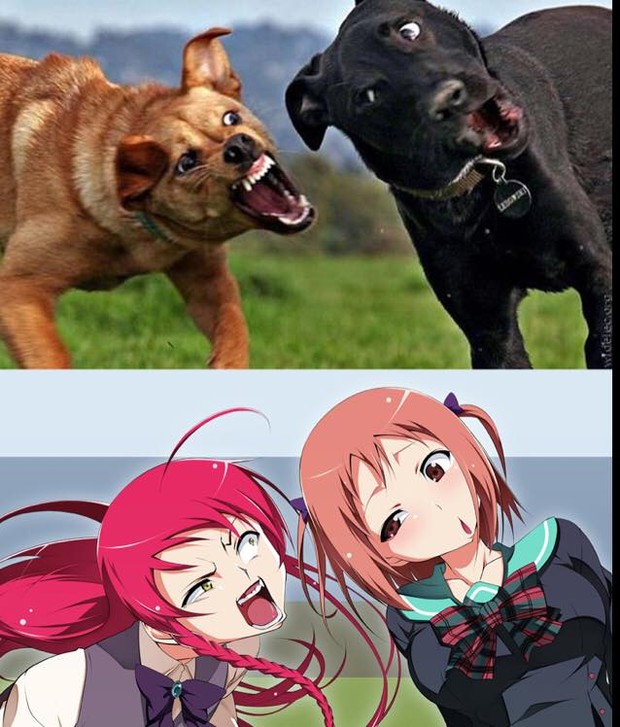