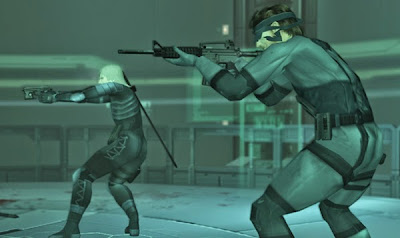 No sentence better exemplifies how I felt about Raiden the first time I played Metal Gear Solid 2: Sons of Liberty.

After the sinking of the tanker, which is one of the best opening chapters in gaming history, I was waiting with anticipation to see how Snake managed to escape the Hudson River. I was then greeted by the familiar tones and cadences of Colonel Roy Campbell's voice, a voice that put my mind at ease after a thrilling cutscene.

"Snake, do you remember the sinking of that tanker two years ago?" 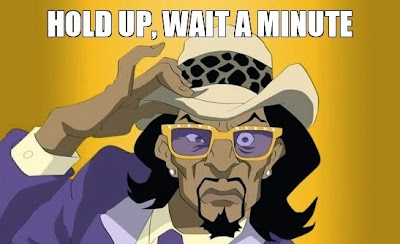 That's not Snake's voice. What's going on? I see long blonde hair protruding out of that breathing apparatus, and surely Solid Snake would never allow himself to have such a girly mane. After a bit more a lot more exposition, Goldilocks reveals his incredibly effeminate, beardless face to the world. Then we begin to control this impostor, and everything seems a bit off. This feels like Metal Gear Solid, but it's...different. I knew, in my heart of hearts, that eventually I was going to go back to playing as Snake--the real Snake.

Colonel Campbell informs this "Raiden" bozo that he needs to make it upstairs and log in to a node, and that's when Raiden asks one of the dumbest questions in videogame history:

No, Raiden, he didn't say "nerd." Why would you think he said "nerd"? Does a decorated veteran like Colonel Roy Campbell ever use the word "nerd?" No, he doesn't, especially not on a very serious, top-secret mission.

With this simple, four-word question, hands smacked foreheads the world over, and we're given insight as to just how much of a dork this Raiden character is. You can hear the contempt in the Colonel's voice as he corrects him.

I then make my way upstairs...

...this isn't a joke. This is the actual main character of Metal Gear Solid 2. 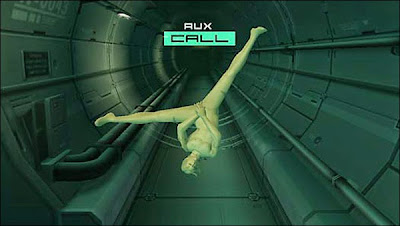 Don't take everything I've written up to this point to mean that I don't love MGS2, because I absolutely do. It's still a very (ahem) solid game, it's just not what anybody wanted, especially not after the masterpiece that was Metal Gear Solid. Hideo Kojima had pulled the old switcheroo on us all. You have to give him credit, though, because it's unheard of today to have something like this not be known months before a game's release. That's one thing that I love about Kojima, I never know what to expect from his games. There's always a lot of speculation, but no solid facts.

Think back to when this game was released. Metal Gear Solid 2 was one of the most anticipated and hyped games of all-time, it was basically the only thing you could crack a magazine and look at,everyone was covering it. And even in the midst of all that coverage, everyone was in the dark about Raiden, the Big Shell, Emma Emmerich, and anything other than the Tanker mission prior to launch. Kudos to Kojima for not spilling the beans. 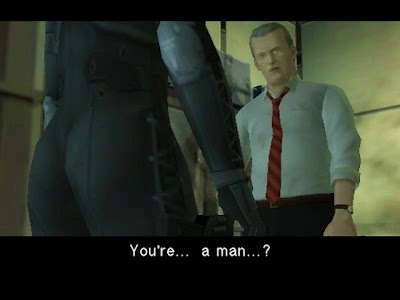 It's the lack of facial hair that throws people off.

Replacing the icon of your game series with someone like Raiden and relegating your star to nothing more than a supporting role is something that not only wouldn't happen today, but something few people would even have the cajones to try. If Gordon Freeman was replaced by a teenage kid wearing skinny jeans in the game that shall not be named, there would be a literal riot at Valve's offices. Pitchforks, molotovs, the whole nine. Raiden would eventually turn into a much cooler character, earning himself a fantastic action game in his own right, but at the time, he was the object of much ire. 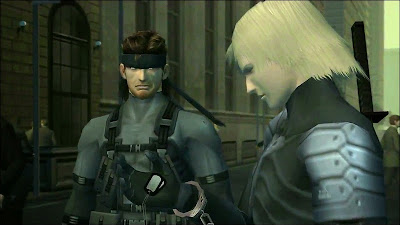 Pictured: Raiden, about to cry to his LiveJournal.

After I got over the initial shock, I realized that this was still very much a Metal Gear Solid game, though it doesn't have quite the personality of its predecessor. The Big Shell is a very boring location when compared to the frozen tundra of Shadow Moses, and when you juxtapose Dead Cell with Foxhound, the latter stands head-and-shoulders above the former. MGS2's saving grace is its final two hours. The fan base is pretty split between loving it and hating it, but I'm firmly in the loving category.

The tanker mission was nothing more than a Trojan horse that duped the fans into thinking we were getting something that Kojima never intended on giving us. The guy has balls...balls that I wanted to punch back in 2000 when I played Sons of Liberty for the first time. 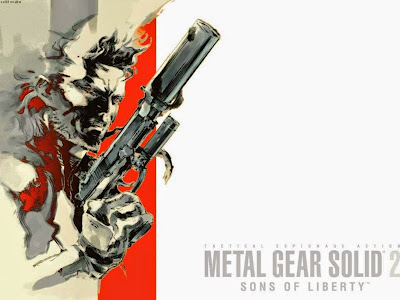 Most deceiving cover art ever.

But I think Kojima realized, even in a series known for its twists and surprises, that he couldn't pull the same stunt twice. Metal Gear Solid 3: Snake Eater was a return to form, and felt like Kojima's way of apologizing. We still weren't technically playing as Solid Snake, but I think playing as the soldier he was cloned from is close enough.

The Phantom Pain is easily my most anticipated game of 2015. Fingers crossed that it doesn't turn out to be a dating sim.