Mortal Kombat X comes out this week.  The game looks fun in that "Steven Segal direct to video" sort of way and I’m looking forward to experiencing the story later this week the game arrives from Gamefly. One thing I think Mortal Kombat is really excelling at is getting these licensed characters as DLC.  They are pulling in some ridiculous and fun properties to face off against Netherrealm’s cast of murderous misfits.  You have Jason (a personal favorite of mine) and the Predator.  Now while I’d rather have seen an alien xenomorph in there, they brought in some pretty impressive characters that are certainly an enticing prospect for potential purchasers.  In the spirit of this, I would like to offer up some licensed characters to include in future iterations of Kombatting Mortality.

Most of you probably know Ms. Reese as that kindly black lady from Touched by an Angel.  Well, beforeshe brought grace to the needy on CBS Sunday night line-up, she was Vera, the tough as nails, foul-mouthed madam of a brothel.  If you haven’t seen Harlem Nights, I highly recommend it.  Featuring a cast consisting of black comedy royalty and Red Foxx’s last role.  Very quotable and Della Reese says “pussy” which was certainly on my bucket list.

Vera would be great for Mortal Kombat. She’s tough as shit, quick with a switch blade and will stand up for people if someone is trying to take advantage of them.  Sure, Cassie Cage can take a selfie with a jawless opponent but Vera would straight up castrate someone and stuff it in their mouth.  That’s the difference.  Vera doesn’t fuck around.  She takes care of herself and her own and isn’t about to deal with people throwing ice blasts and spear ropes and all that nonsense. 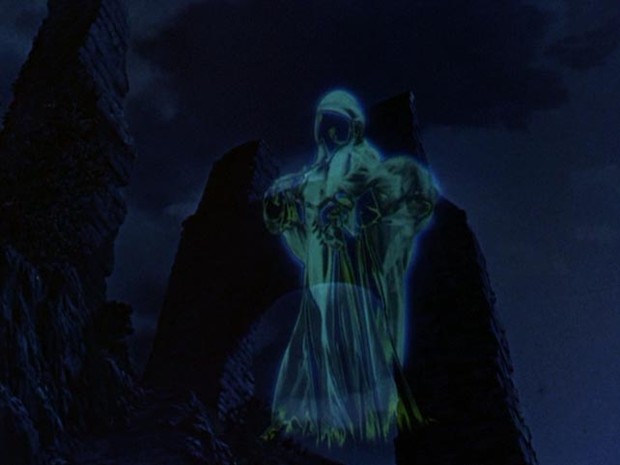 For those of you who remember Darby O’Gill, you remember two things:  Sean Connery and that fucking banshee. The banshee is a specter that appears as an ill omen signifying someone is about to die. I remember watching this as a kid with my hands over my eyes and looking through the slits between my fingers.  The banshee was a wailing nightmare which of course makes it a perfect fit for Mortal Kombat.

Now immediate comparisons will be made to Sindel who is also known for screaming. However, consider this: the Banshee has class. The banshee looks like a being rooted in myth and legend.  A classic ghost that could fit into a Gothic Horror story.  Sindel looks like someone who fucked Guns N’ Roses back in the day and ran a low-grade fever for a few days after.  Now I will admit that the hairspray and stripper heels aesthetic is a wee bit more in line with the Mortal Kombat universe but what’s wrong with bringing some class to the series?  Not to mention the banshee is genuinely creepy and I think we can all agree genuine creepiness is hard to come by nowadays in video games. 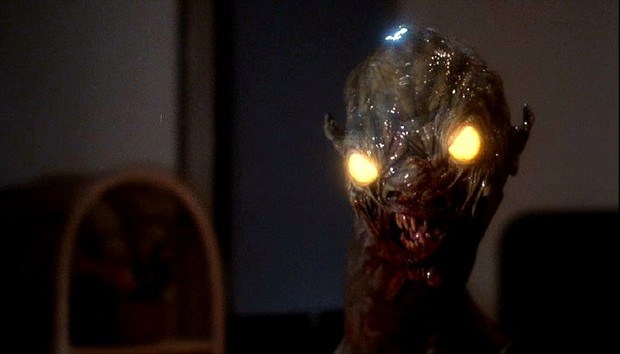 Zombies, zombies, zombies.  From the Walking Dead to Call of Duty, you see zombies everywhere nowadays.  But where’s the love for C.H.U.D’s?  Once human, these creatures were mutated by radioactive toxic waste and now roam the sewers for victims to prey upon.  Usually, the homeless.  I wonder if the homeless are to monsters what Nazis are to us in video games?  Something to ponder.  So not only to C.H.U.D’s look cooler, they are tougher too.  Not content to be shambling biters, these sewer beasts are hunters and eat faces.  That’s something I noticed Mortal Kombat did not feature enough: face eating.  Maybe there could be a fatality involving bath salts? Plus with a C.H.U.D. in the game, you have opened the door to some of the lesser 80’s horror icons, a resource which sadly has not been tapped in modern times. 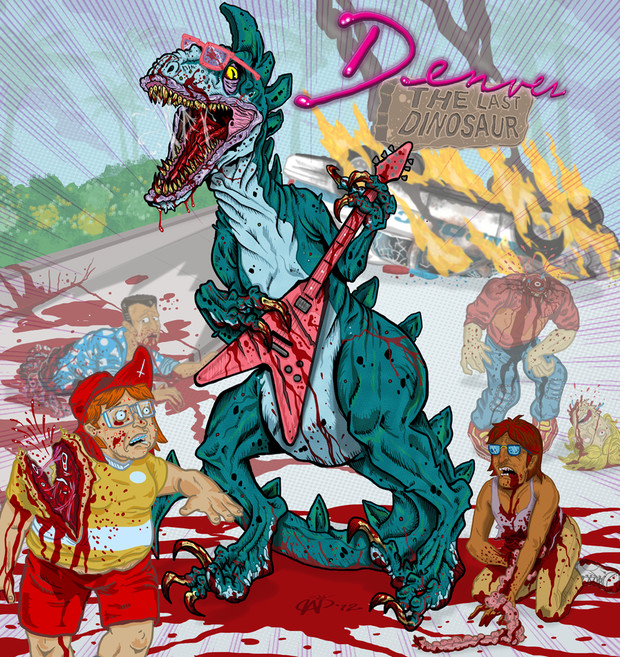 He’s your friend and a whole lot more. 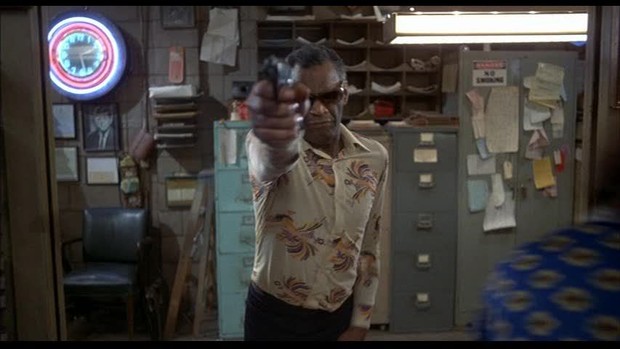 So I know there’s already a guy with a gun in Mortal Kombat X but two things: first off, he’s a cowboy which isn’t very interesting and two, he’s not Ray Charles.  Ray Charles is better with a gun than Westworld McGee and one of his songs was used as the theme to Designing Women.  That’s a crushing win for Ray Charles. 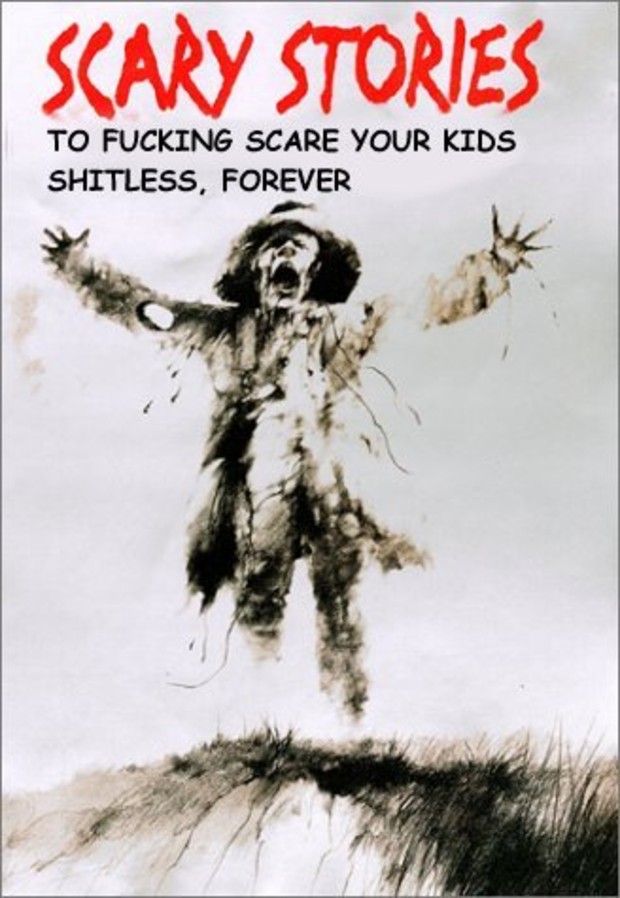 There are images that are permanently burned into our minds. Your child’s face the first time you saw them.  That sunset where you both said nothing at all and held hands.  Boobs. For many people of a certain age, the pages of these books contain such images.  The art in these stories is horrific.  It’s brilliant and delicate and perfect.  And horrific.  Horrifically horrific.  It’s the condom-breaks-and-its-your-mom-only-she-has-a-beetle-head horrific.  So obviously this could be a DLC character for Mortal Kombat. Though it’s a bit unfair.  Nothing in Mortal Kombat or human history can compare to the unfettered horror that exists in the pages of Scary Stories to Tell in the Dark.

Scorpion can show up with his skull head or be that bearded dude (when did he get a face much less a beard?) and a breeze will blow open the book to any given page and that art will win.  Because it is something out of Satan’s night terrors.

Forget Yoda.  Forget Darth Vader.  The Emperor?  A tubercular cripple drowning in a rain-filled ditch.  The real deal for Star Wars is Nien Nunb.  You know his as Lando Calrissian’s labia-faced co-pilot.  I know him as one of the most powerful beings in the Star Wars universe. Oh he may seem like a jovial sort, laughing the face of certain doom as he and Lando pilot the Millenium Falcon.  Make no mistake though, Nien Nunb is one of the oldest creatures known to exist and has been linked to the very creation of the Force itself.

Nien Nunb would be fun in Mortal Kombat in the same way it is fun in an MMO to take your high level character and run through the starting areas as if you were the wrath of the Divine.

So there we go.  Some idea for possible future DLC characters for Motal Kombat.  What do you think?  Which licensed characters would you like to see in the future?