In addition to my video game collecting, I also do a fair bit of toy collecting. I never really "grew out" of buying action figures, mostly because I freaking love them. They're fun as all hell, and their quality has only gotten better over the years.

Remember the old GI Joe figures from the 1980s? Now they have sharp, intricate detail, and all of those guns that were once sculpted into holsters are now removeable. A lot of the figures have enough articulation to pull off a pose where they're pulling the gun out of the holster itself. Cobra Commander has a removeable helmet, which has sculpting underneath on the back. Hell, MASK is now officially canon in the GI Joe continuity thanks to recent toys.

The old Street Fighter toys that Hasbro put out in the early 1990s pale in comparison to what SOTA and NECA have put out in modern times. Let's give an example:

This is Ken, from Hasbro's Street Fighter line from 1993, courtesy of YoJoe.com:

They nailed the "Owen Wilson in a red martial arts outfit" look that Ken needs to have, but the detail is pretty soft. For the 90s, this is a decent toy. It would fit right at home in a vintage GI Joe collection, which is probably what a lot of people did, since the two lines were basically identical and made by the same company. 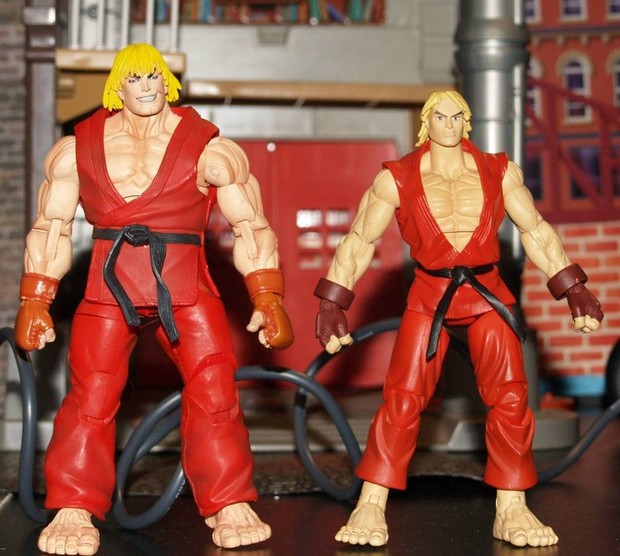 Bigger, more poseable, and all-around AWESOME. If you were a kid, you'd be the envy of all the other scrubs with their babby casual Hasbro figures.

That's kind of where we're at in the modern toy industry. Quality is super-high from companies like NECA, and even more mainstream toy companies like Hasbro and Mattel are getting way better with their quality of product. New stuff is amazing and well worth your time to collect.

A lot of that isn't directly relevant to the article, I just wanted to let you know that modern toys are pretty damn cool.

Video games are still a niche market in the toy industry. Few companies have actually taken the effort to make toys based on video games, and when they do they are usually in short supply for one reason or another. Here are some examples of awesome video game toys from across time and space. Mostly time: 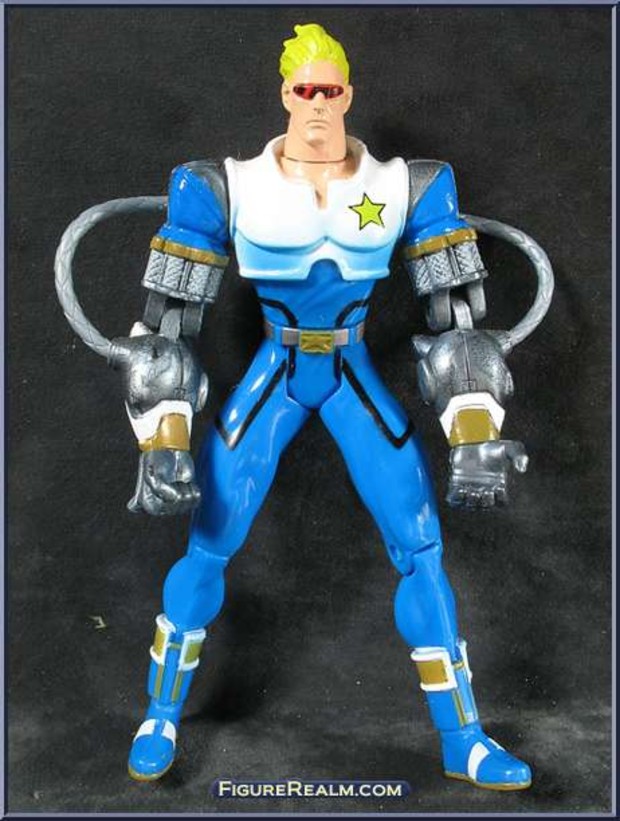 From 1992 to the end of 2006, Toybiz held the license for toys based on Marvel Comics. In 1998, Toybiz licensed Capcom characters and put them in two-packs with Marvel action figures. Thus, a series based on Marvel Vs. Capcom was born!

Toybiz actually did a bunch of video game related toys, under their "Video Game Superstars" label. Their stuff covered everything from Marvel Vs. Capcom to X-Men Vs. Street Fighter, Mario Kart 64, Resident Evil, Tomb Raider... Even stuff like Zelda: Ocarina of Time was licensed for this series. As a result, a lot of these figures are fairly expensive on the aftermarket. Makes sense, since when will you EVER see another figure of Captain Commando? 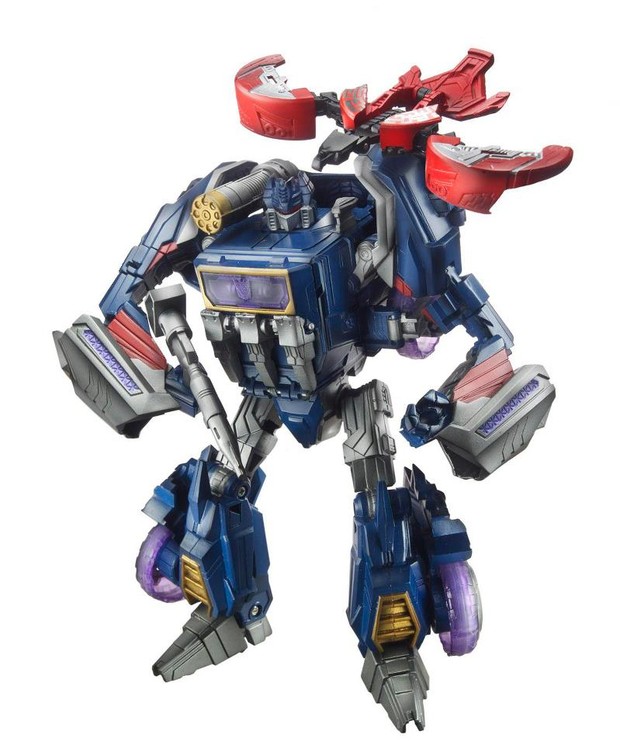 The above figure is the "Voyager class" ($25 price-point) Soundwave from the Transformers: Generations line, and this toy happens to be based on Fall of Cybertron, though the prequel game had the same basic design.

The two High Moon Studios Transformers games (that weren't movie tie-ins) were basically the best Transformers games in a very long time. This figure of Soundwave is awesome, too. He even comes with a version of Laserbeak, like the vintage toy did! Plus, remember that Gamestop commercial where they used machinima to show thw WFC/FOC Soundwave turning into a boombox? You can totally do that with this toy: This toy's engineering is so solid that you can transform him into a decent representation of a cassette deck, even though it's not official or anything like that. Awesome stuff. 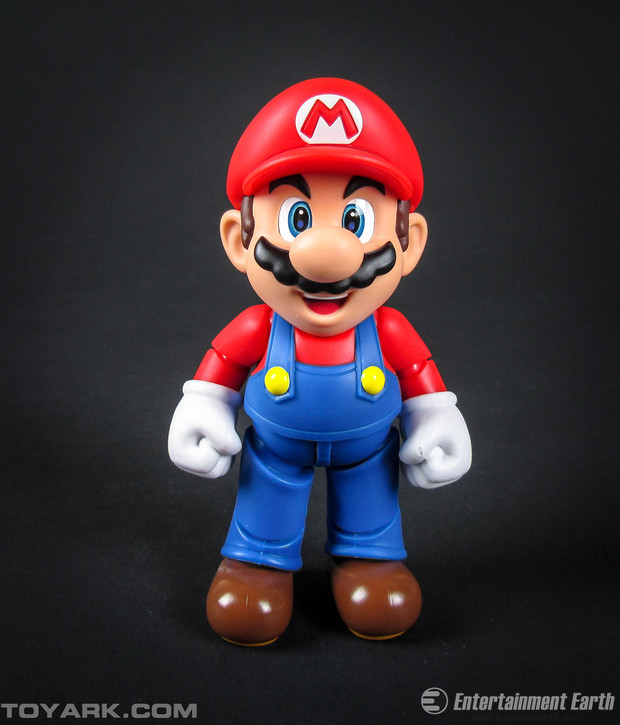 Image credit is to ToyArk.com.

This is a Japanese import, but you can totally buy this at a Barnes & Noble and MAYBE a Toys R Us if you're lucky. Essentially Figuarts is a toyline that is kind of skirting the line between "toy" and "high-end collectible", in that they are sculpted flawlessly and highly articulated, but they carry a high price tag. Some of the Figuarts Power Rangers / Super Sentai figures will hit well over $100 online. Mario, though? He costs $25 as MSRP, which is awesome. This is basically the best Mario ever made by any company, including Jakks Pacific, the company that currently makes Mario toys at mass-market. This figure comes with a super mushroom and a coin. There are a few accessory sets that allow Mario to jump on blocks and pipes, too. Bandai also made a Luigi in the same style, so you can totally do some co-op action wherever you decide to place these awesome toys. 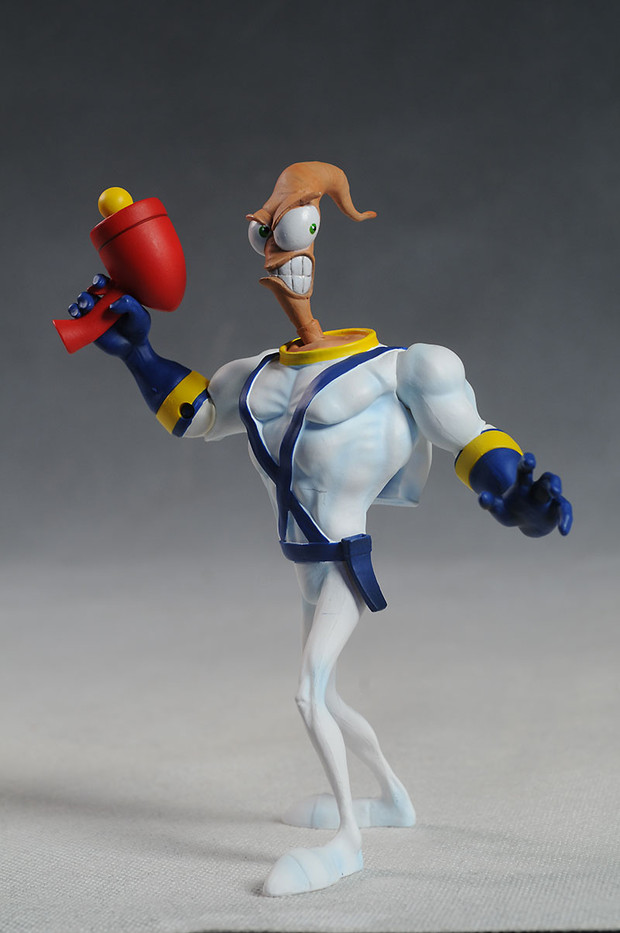 Image was obtained on MWCtoys.com - Full of toy reviews! Check 'em out!

I don't know about you, but I friggin' LOVE Earthworm Jim on the Genesis and Super Nintendo. The original game was absolutely amazing: You'll be hard-pressed to find a quirkier platformer with a weirder premise. An earthworm is in some kind of space suit? Why are there cows everywhere? Is that a talking crow?

Yeah, EWJ is that kind of game.

This figure kind of came out of the blue for me. It's really nicely done. It doesn't have any BS action features like the 90's EWJ toys that were based on the cartoon, which is nice. He's not too articulated, but let's face it: What are you going to do with an Earthworm Jim figure? You're going to pose him with a blaster, or you're going to pose him whipping his own body at enemies. Since he comes with a suitless version of himself in the package, you can do both of those things. His design doesn't really cater to stable leg articulation, anyway. 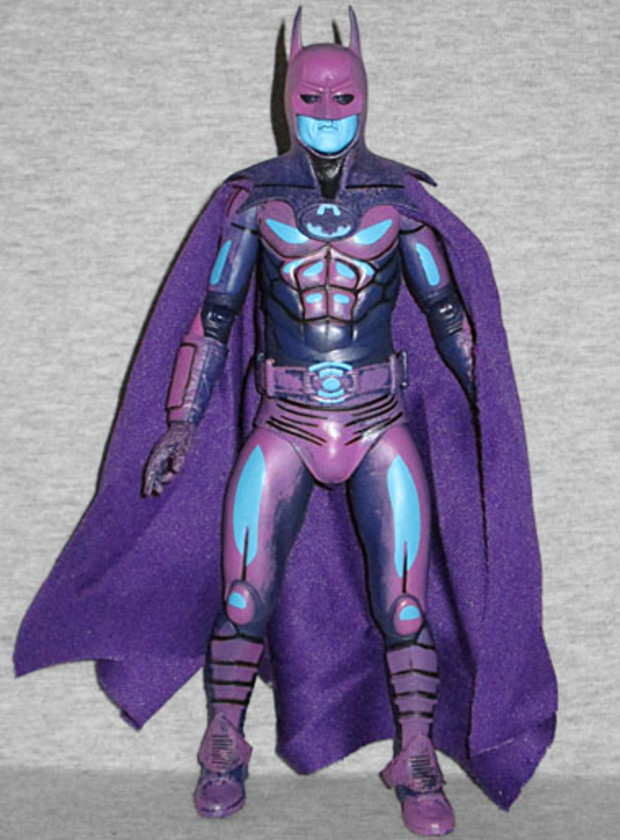 Goddamn! NECA has been making awesome figures based on action and horror movies for a while, now. A few years ago, they found out that they could re-paint an action figure of Jason Vorhees in the colors of his sprite from the NES game and people would eat that stuff up. A few years later, NECA is now releasing a ton of 8 and 16-bit-colored figures. Most of them are re-paints of existing figures (like their NES Predator, for instance), but this Batman figure is 100% new!

This is a toy that must have been incredibly hard for NECA to negotiate the release of, since they own nothing related to DC comics properties right now. Mattel does all of the DC toys. How did this figure come to be? Hell of I know. All I do know is that it probably exploits a loophole in DC/Mattel's deal and/or was allowed to be made because this particular style is a grey area and not something Mattel would ever do. I don't really know - I'm not a lawyer or a toy manufacturer. NECA's gone on record to say that this will NEVER see a re-release because it was expensive to produce and a nightmare to legally release. They did re-paint this into a normal Batman likeness and release it as an extra with the Blu-Ray release of the '89 Batman movie, but that was probably done by Warner Bros and not technically considered a "toy."

That said, friggin' look at this thing! That is Michael Keaton as Batman, shrunk down to 7" tall and painted blue and purple, like the awesome NES game. Seriously, if you haven't played it, go do it! It's one of the few examples of a licensed game that doesn't suck.

A few of these kind of stretch the definition of "toy", but they are all mass-market collectibles that you can buy or could have bought back in the day at a brick-and-mortar store. And they're awesome. There are tons of awesome video games out there. If more video game toys came out I'd be in heaven.

I'd probably be broke, too.