From Software, With Love: When Literary Criticism and Videogames Collide

The following was a post that I had made on Facebook some time ago. I figured, given that there is a lot of hype and discussion regarding the recently released Bloodborne that this was a worthwhile post and a perfect time to share. It is a little wordy, but I did want to look at things a little academically.

Which basically means really wordy. Bear with me and hear me out.

I found this old gem of a response on Forbes, by Erik Kain, to a critic from Slate. In the piece being responded to, the critic attempts to apply a theoretical fallacy common to a particular school of literary criticism. However, he falls terribly short. In my humble opinion (or not so humble, since I'm daring to air this all out), calling the affective fallacy on a video game is not too wise. What people don't quite think about is the definition of experience. When we talk about novels we talk about how we experience the story and the plight of the characters within it.

We don't think about how 'experience' is just a word representing the totality of the reader coming to know the work. It is indeed an experience, in that sense, but the reader did not actually experience the story in the way we often use the word. 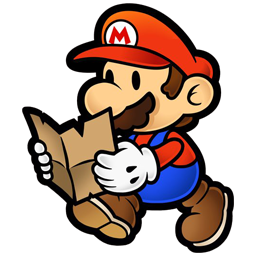 In video games, we come as close as we can get (thus far in history) to a true experience of a story. So the emotions a player feels, that this so called fallacy tries to sell short, really do matter. Intrinsically, even. Admittedly, there aren't many games out there that can take mechanics and design as far as Dark Souls does. But when done effectively we see evidence of a medium that is capable of things we never imagined.

Also, video games (and even film) being an entirely different medium, it is not right to approach it like traditional literature. It is much like different musical genres. If I approach classical, baroque, or romantic music like how I would approach a rock, metal, or pop song, I would never see the light of day in a professional setting. And, despite any possible preconceived notions, it is our current musical genres that are more "square" in the musical approach. That ain't gonna fly with a conductor. Go through the end of a phrase marked "rit." and maintain the same tempo you've been doing. See what happens, record the results. So you see, when things are so greatly different, you're only making yourself look bad when you take an approach more appropriate for a different form.

Anywho, purposefully written into the design of these games are challenges, scenes of intense adversity, that the player must navigate. And the developers have the opportunity to be countless steps ahead of the player while still allowing the player feel in control. Think of all of the interactive possibilities in hands of a group of true masters of the craft. Video games have come a long way, but they're still in their infancy. They also have the added challenge of being perhaps the most technically daunting medium. The also have constant critics that may even go as far as thinking that video games are mindless fun and good only for getting kids to sit still. But imagine the potential we have when the stars align and a dream team of true masters working together to create a beautiful game that redefines everything.

Many people will tell you such games already exists.

Any close followers of Miyazaki knows that he had the original inspiration for the Souls series while reading Western fantasy when he was younger and he had to fill in the blanks for himself. (More inspiration came from things like Ico and the manga Berserk) He was not fluent in English. He wanted to recreate this feeling and ordeal of handling 'non-knowledge'. He took that idea and it soon became the lifeforce of a Souls game. The Souls series made a compelling premise and world through the clever usage of this limited perspective.

One last thing...this critic approached this game and berated it because it does not project the "immemorial questions of human nature." I can't quite remember who said it for sure, but I believe it was either Mark Twain or an American poet. Someone help me out. In the end, who said it doesn't matter because the point is very clear. Said person told us that it is childish of one to think literature has to always portray to us beauty. There is so much in this world to share, and if done well virtually anything can be worthwhile literature. And I have to agree. I don't need a work of art to tell me about the beauty of friendship, but I'll be damned if I ever discovered on my own that I could feel no everlasting ill will for a man like George who killed his best friend Lennie.

After I posted that rant of sorts...which I typed in about 15 minutes on a tablet, a couple of friends of mine had responded. One suggested that JRR Tolkien had made a similar quote to the one that I still can't remember. However, I will end this post with what my other friend had posted (With his permission):

"...Wow, it took them 100 hours to beat Dark Souls? Wait, not the point. I agree with all of your (and the author of the article you linked to's) points, but I feel like what neither of you brought up is Dark Souls' actual "literary" worth, if you'll excuse the re-contextualization of that term. Maybe I'

m just used to hanging out with artsy-fartsy types, but if someone with a stick up their butt tries to tell me Dark Souls is without artistic merit, I don't tell them that they're comparing apples and oranges, bringing up Tolstoy specifically. They're right, but what I tell them instead is that what Dark Souls and its predecessor do (one big thing, anyway) is challenge our preconceptions of what success and failure are.

People call Dark Souls a hard game. I call that bullshit; the games a joke, if we're speaking about difficulty.* You can beat it by just killing enemies and leveling up until you're strong enough to just steam-roll everyone. People call it hard because you will die a lot, and that's perceived as a failure. It's not a failure, not really, because if you can make up the lost ground to the point of your last death, you lose nothing. In fact, you gain more souls from the repeated trip.

To say it plainly: you're only punished if you don't learn from your mistakes; you're only punished if you make the same mistake twice. We've all heard enough inspirational quotes about learning from your mistakes to know why that's important lesson to take home to apply in real life, and Dark Souls teaches it experientially, in a way no novel ever could. It doesn't take a literary snob to say why that's really fucking cool, and totally artistically meritorious.It's a pretty important lesson too, as gamers are so used to AAA games giving them exactly what they want with no challenge attached that everyone flips out when a game that doesn't do that is developed. But that's another rant. 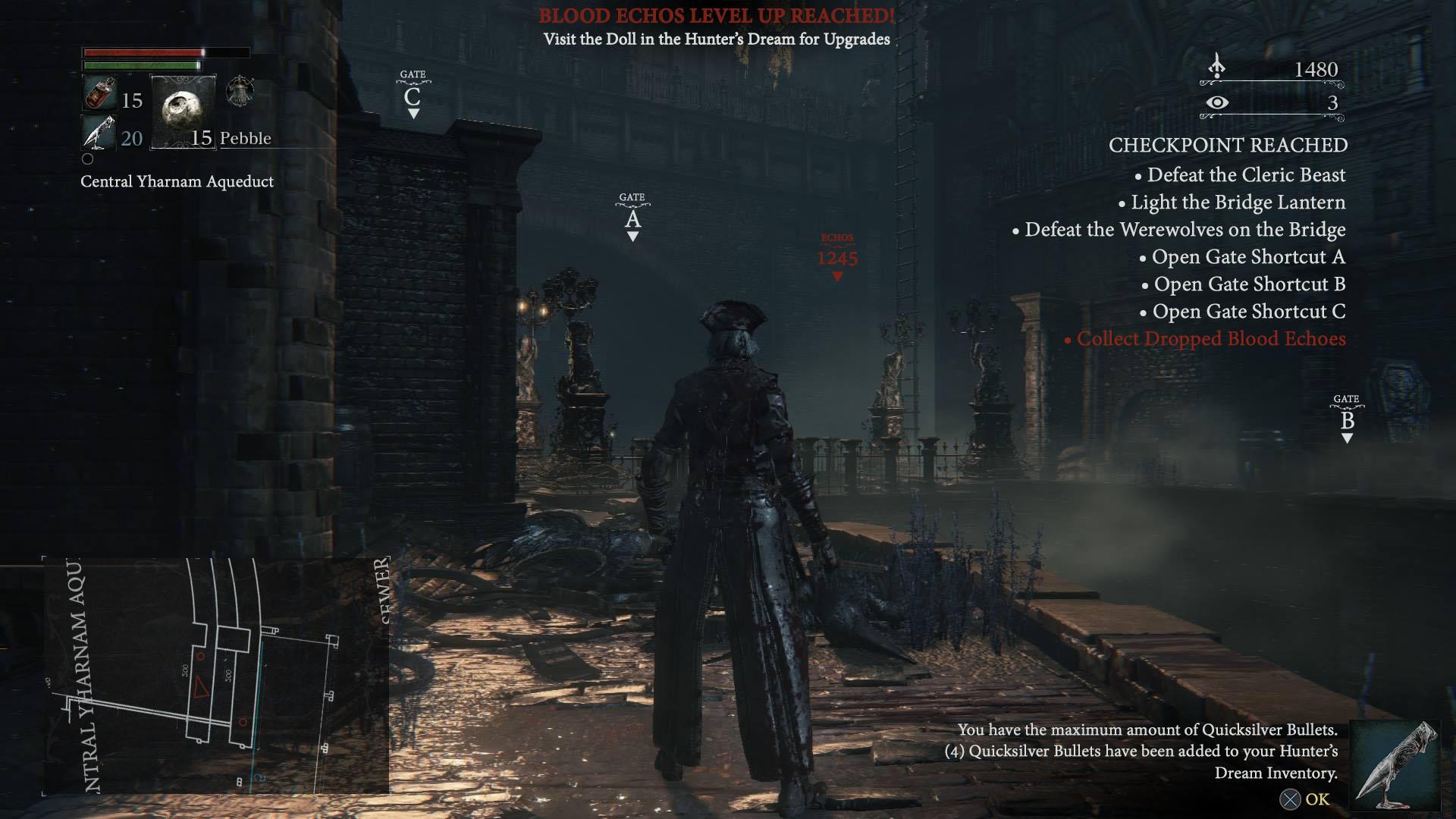 The fact is that Thomsen (and most gamers who just get frustrated with this game) don't want to learn or be challenged. Though in Thomsen's case, I think he was just too old and crusty to see a different kind of merit from what he was looking for. It took me ~20 hours to beat Dark Souls."

And alas, what are your thoughts? DTOID has proved time and time again to be full of crazy, intelligent, and passionate people, so I am sure there is plenty of good and high quality talk to be had. Go for it. No, really. Comments are welcome!

PS. Be it known that I have since looked more into the works of the writer of the Forbes article and I must say that I do indeed have respect for his work. That said, I still left everything that my friend and I have said unedited for the sake of maintaining the integrity of the original discussion. Also, I, of course, still stand by what I said.

* - This part is gon' rustle some jimmies, I just know it.

I first discovered Destructoid through RetroforceGO! and their Halloween '07 episode, fell in love, finally registered in April of '08, and I have stuck around ever since.

I frequently perform professionally (or teach) around my area as a double bassist for some of my local symphony orchestras and other places that are willing to pay up.

Some of my favorite games and series:

and countless others because I suck at picking favorites.

Want to know more about me? Check out my interview from the DTOID Interviews series. It was seven years ago, but oh well: