Hello and welcome back to another series entry showcasing retro print advertisements for video games. If you missed my most recent entries, check them out for neat Nintendo 64 and PlayStation ads.

While the first part of this entry focused on miscellaneous ads for products, contests, and retailer ads for the Nintendo 64, this part focuses on the games themselves. When we typically recall games for the Nintendo 64, first party games such as Super Mario 64, The Legend of Zelda: Ocarina of Time, or Super Smash Bros typically come to mind. However, as I scanned in ads, I was shocked to see that most were for third party games. While some are for forgettable tie-in games, some showcase more obscure games that didn’t sell well and are considered rare these days. So, read on for classic and crap alike on the N64. 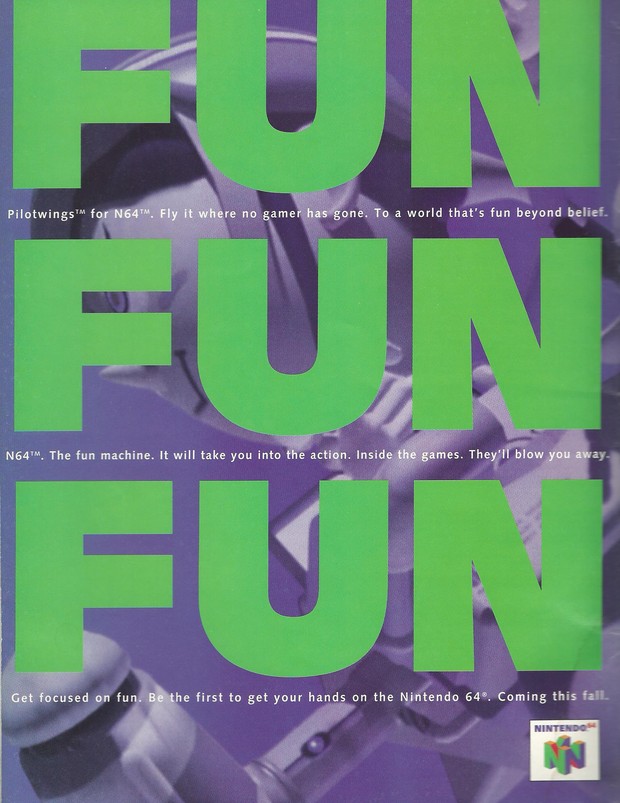 Till her daddy takes the gyro away. 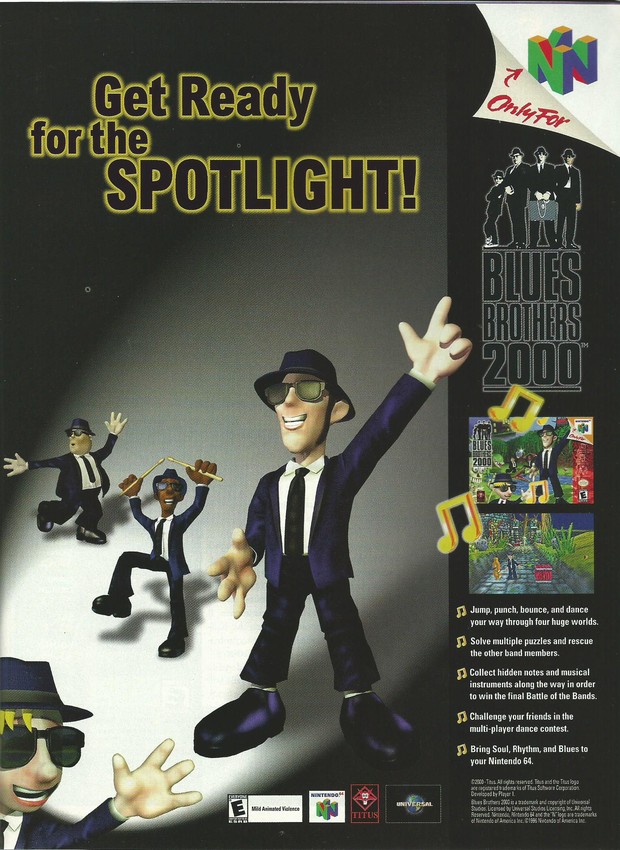 Considering this is from Titus, the developers who made Superman 64, I'm sure it is a wonderful game. 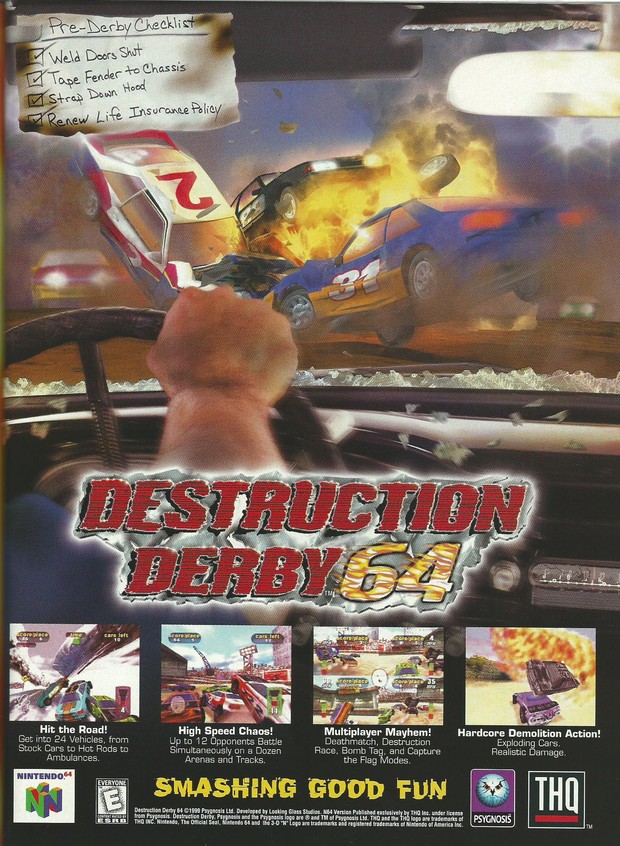 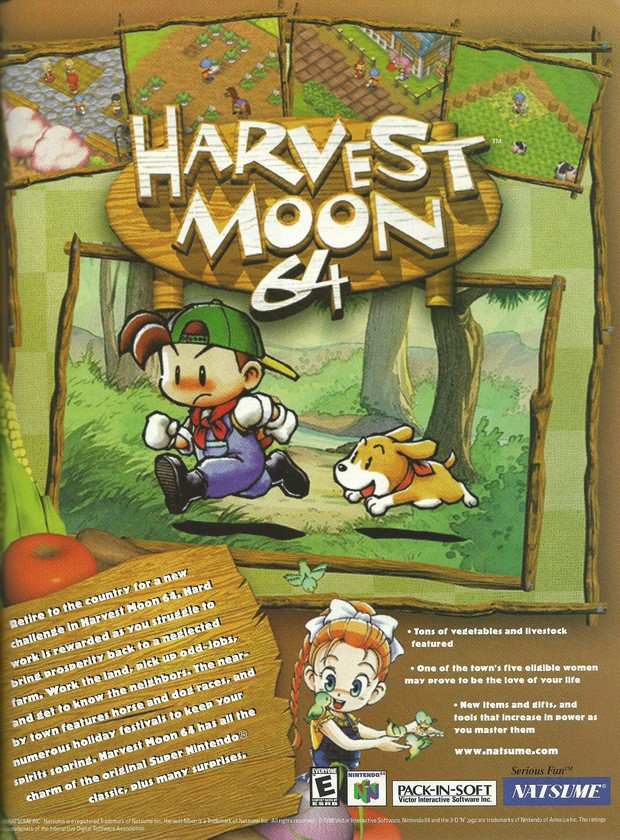 I love the artwork for Harvest Moon. You can't go wrong with a chill farming game. 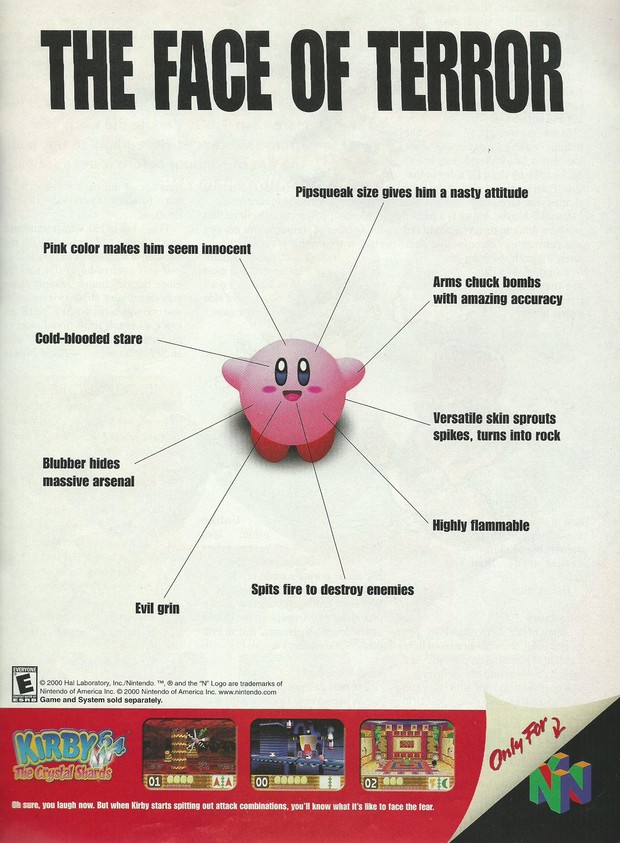 Has Nintendo always marketed Kirby as an edgy, intense character? I thought the whole thing with making Kirby look angry started more recently than this. 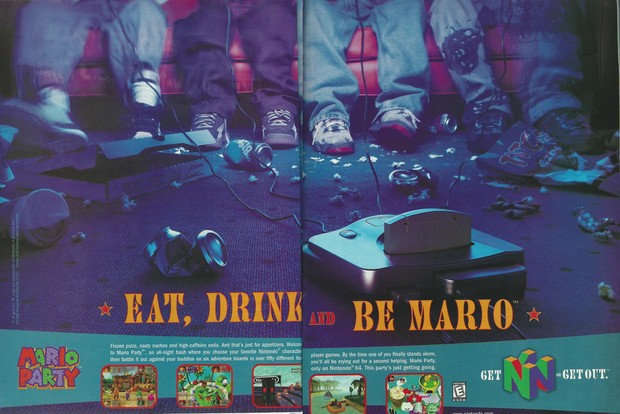 Sorry, the alignment was a bit off here. This ad is definitely wrong, because there's no possible way to play Mario Party and still be friends afterwards. For a "party game", it sure creates a lot of stress and anger. 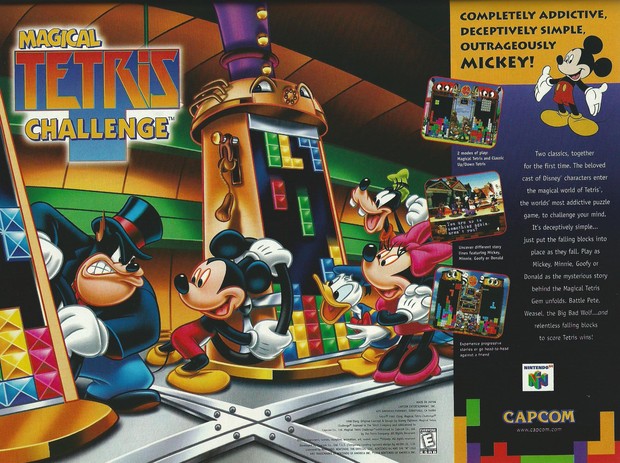 Who hasn't had a Tetris game? 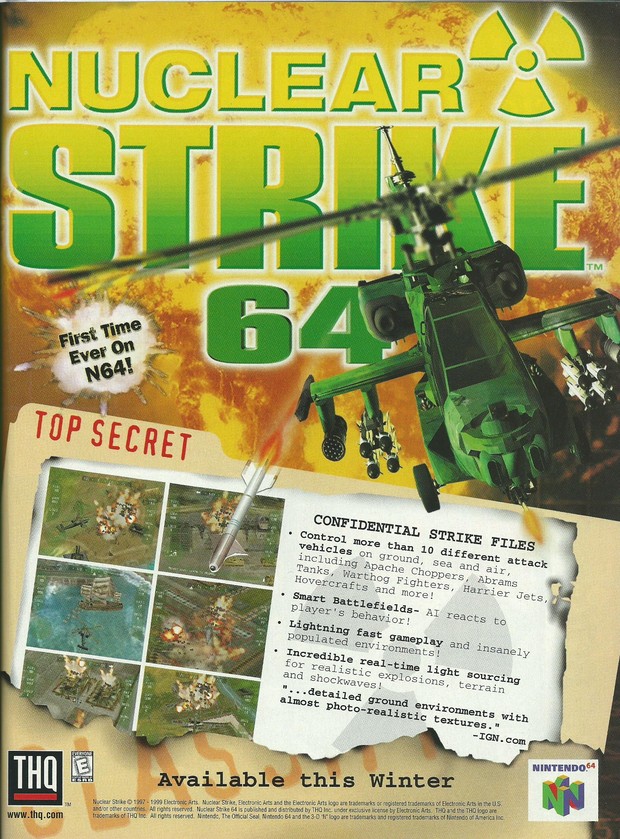 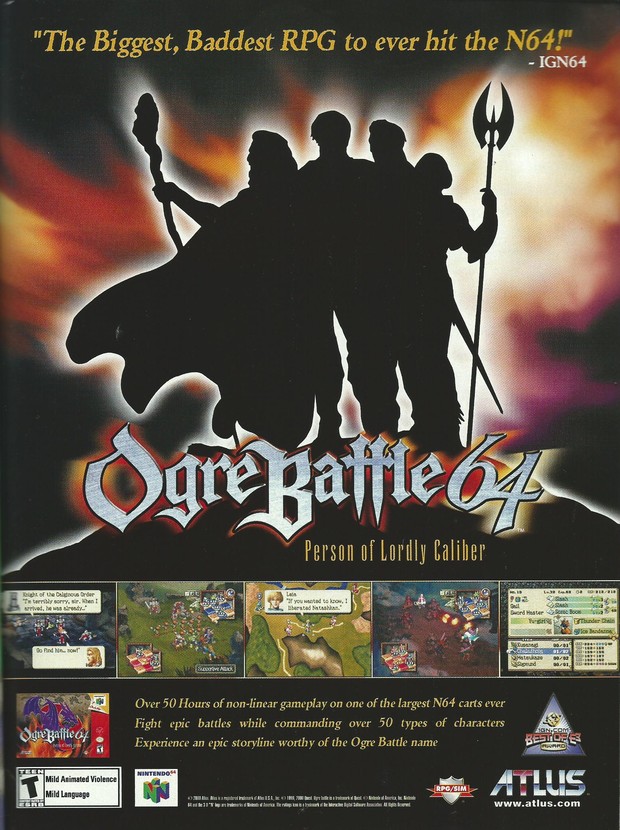 One of the few RPG's for the Nintendo 64 from the fine folks at Atlus. Also featuring the greatest subtitle in video game history. 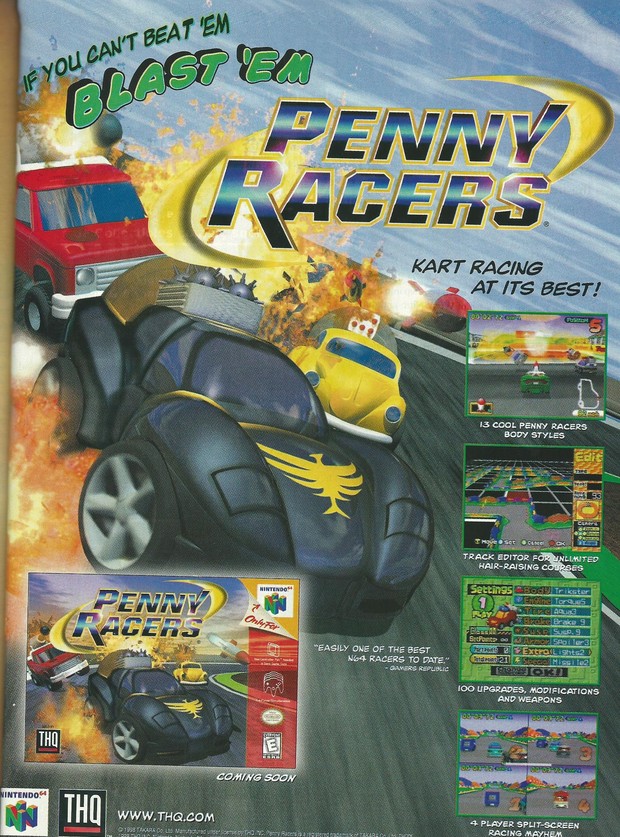 Now that I think of it, there were a lot of racing games on the Nintendo 64. Whether realistic or combative, the system had a wealth of racers. 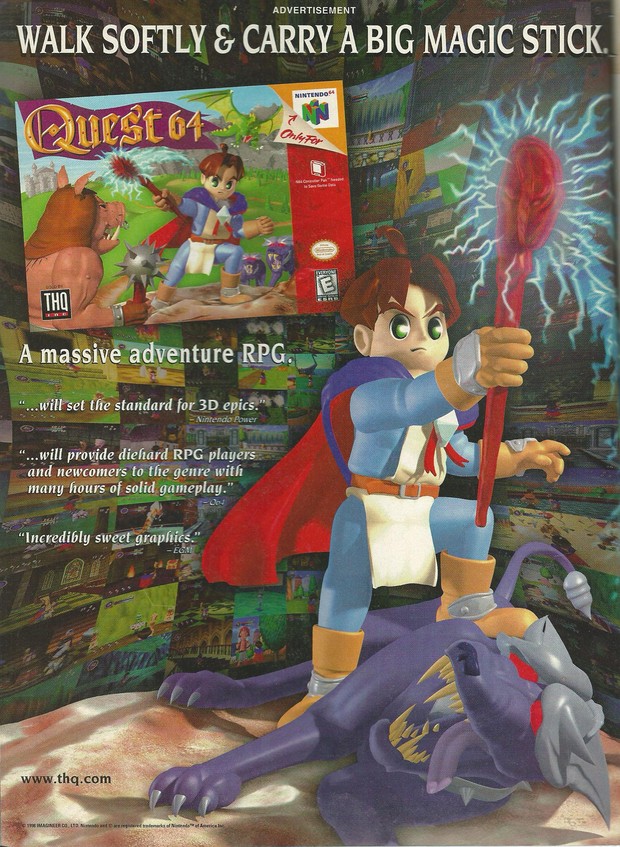 Another selection in the sparse RPG library. The ad certainly makes the game seem incredible, but I've heard mixed things about this. The graphics definitely haven't aged well. Reading that tagline makes me really want a Teddy RPG all of a sudden. Now that would be something to see. 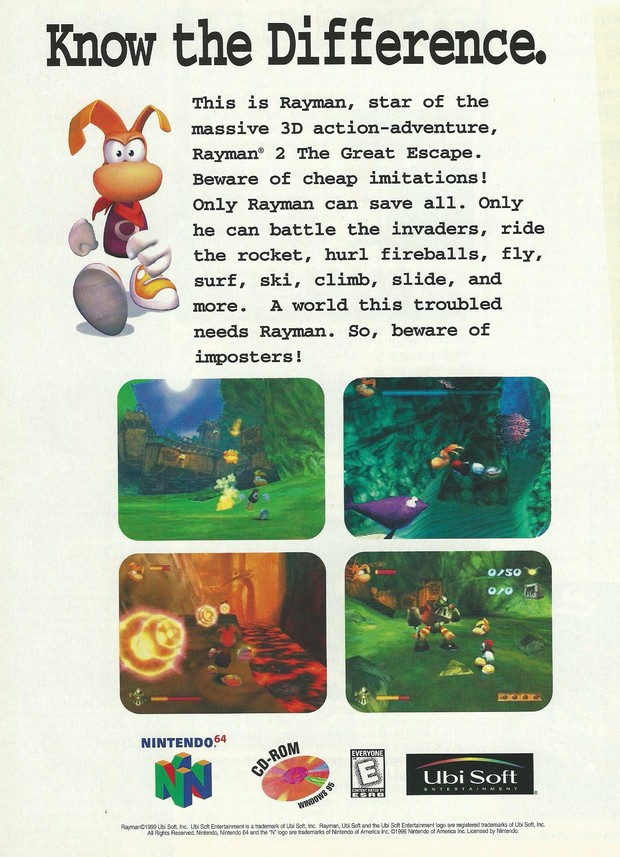 One of the best platformers of that generation, which has subsequently been released on every system imaginable. It was also a launch title for the DS and 3DS. I hope it makes it onto Nintendo's next system. 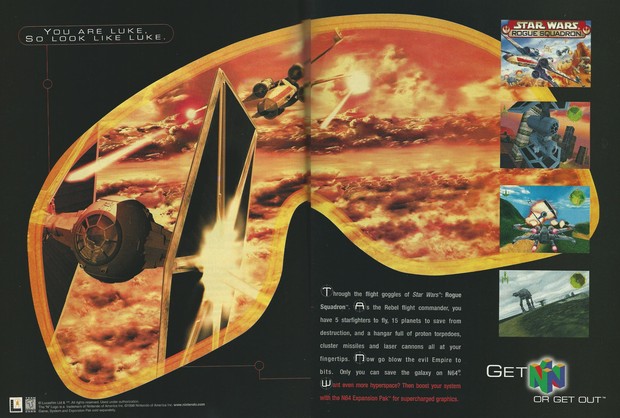 One of the best Star Wars games out there and a personal favorite of mine. A game like this deserves to have multiplayer dogfights. I hope Battlefront III can deliver on that. 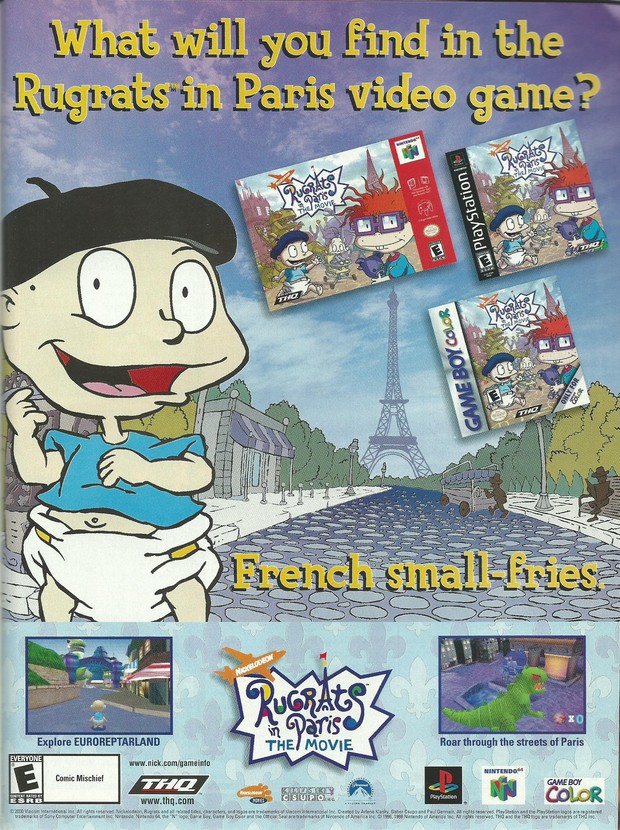 Nothing like jokes to sell video games. I had fun with this as a kid, but I'm sure if I picked it up today it would be a different experience. You can only handle so many minigames at a time. If I remember correctly, this was one of the few games that had a cartridge shell different from the standard grey. This had a black shell, for some reason. 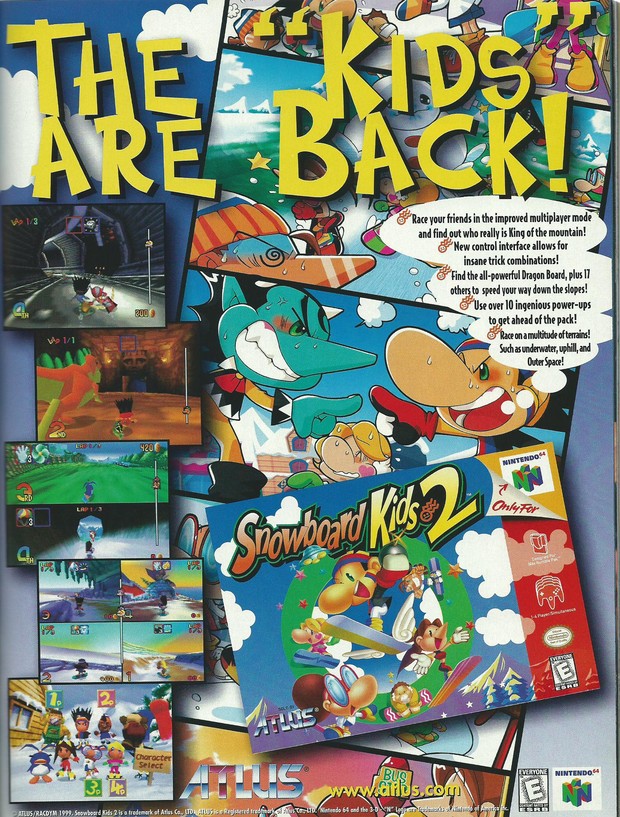 Goodness gracious, there is so much happening here. Not unlike the game, I guess. I picked this up for the first time a few years ago and jumped into mulitplayer with my sister. We still don't really understand it. It's like a combat sports game, where you pick up power-ups to use against other snowboarders. I don't really get it, but it's a blast to play. 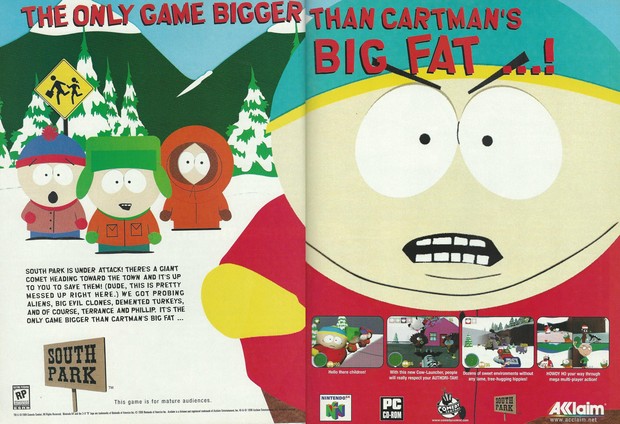 I actually found this in an issue of Nintendo Power, strange to say. I didn't think M-rated games were usually advertised there, especially with all the controversy surrounding the show. Stan looks shocked they even made it in the magazine at all. 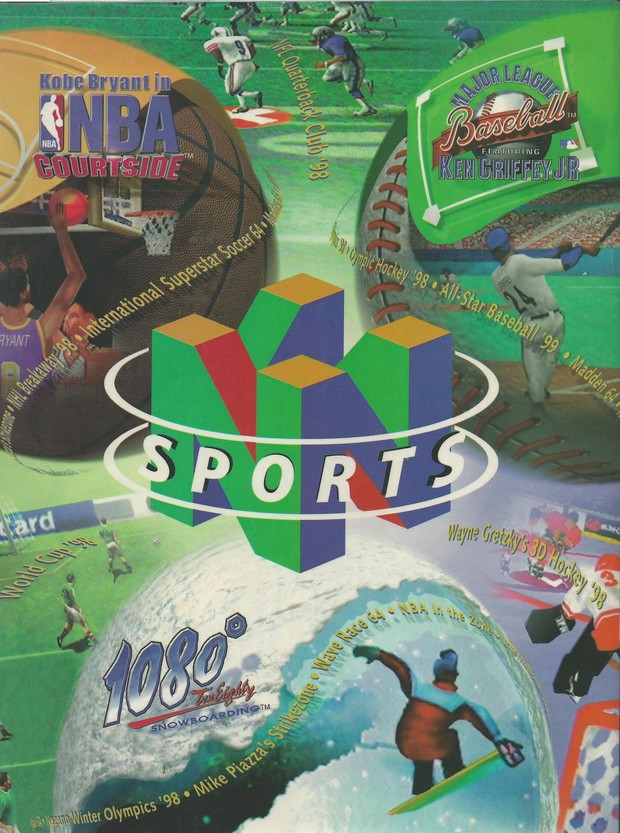 I had an old VHS marketing tape featuring these games on it. I found it at a thrift store and it was one of the most 90s things I had ever seen. 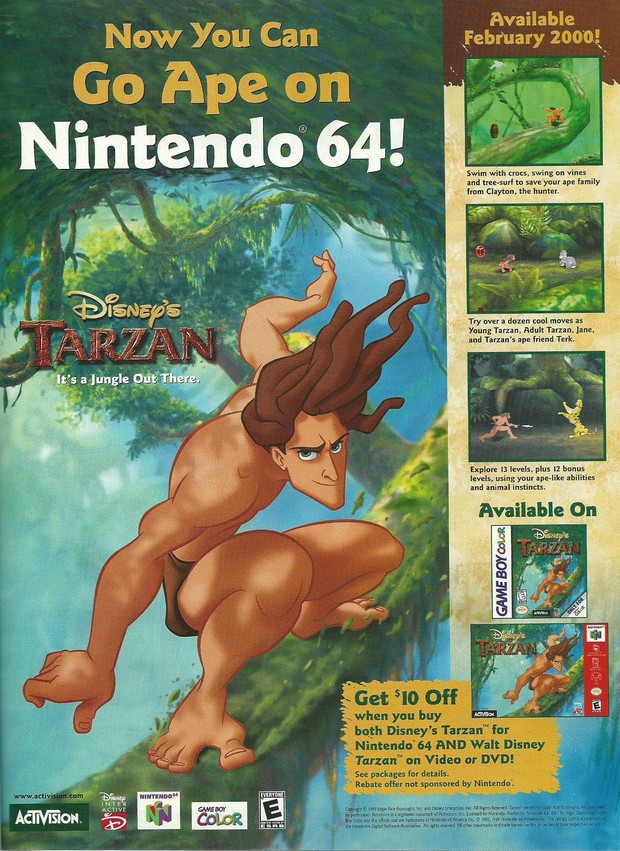 And they said Kratos was the best hero. Shh. They got it wrong, sister. 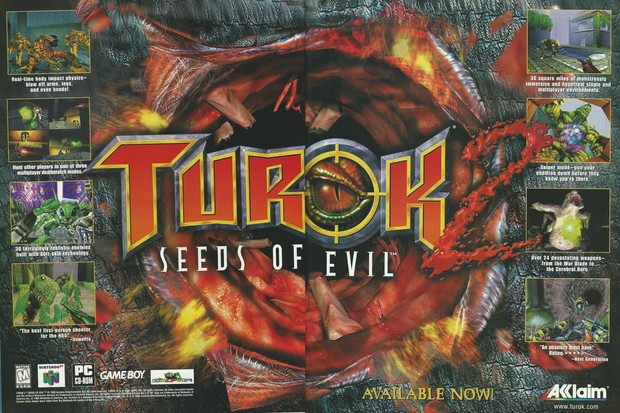 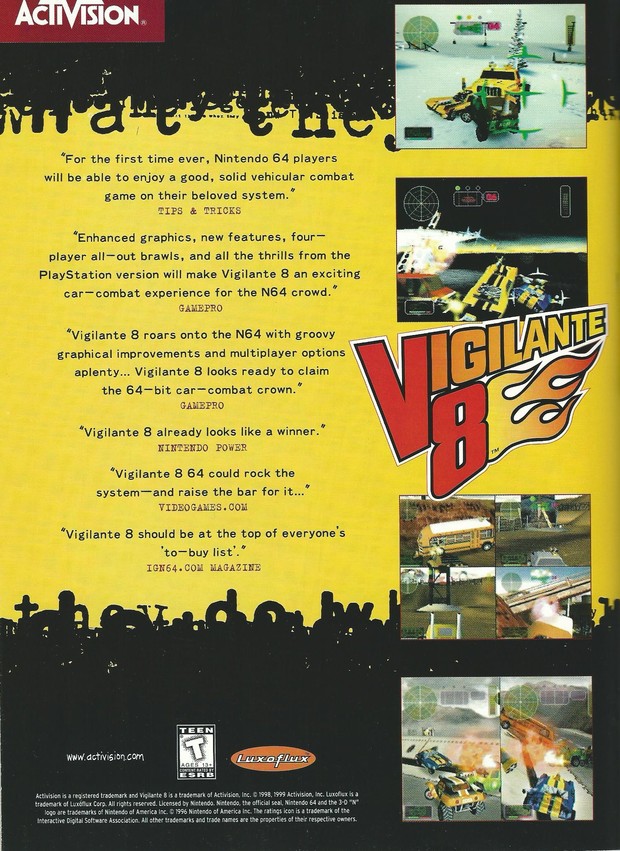 Can't go wrong with some vehicular combat. If I remember right, this game had a giant radioactive ant in one level. Used to scare me as a kid. 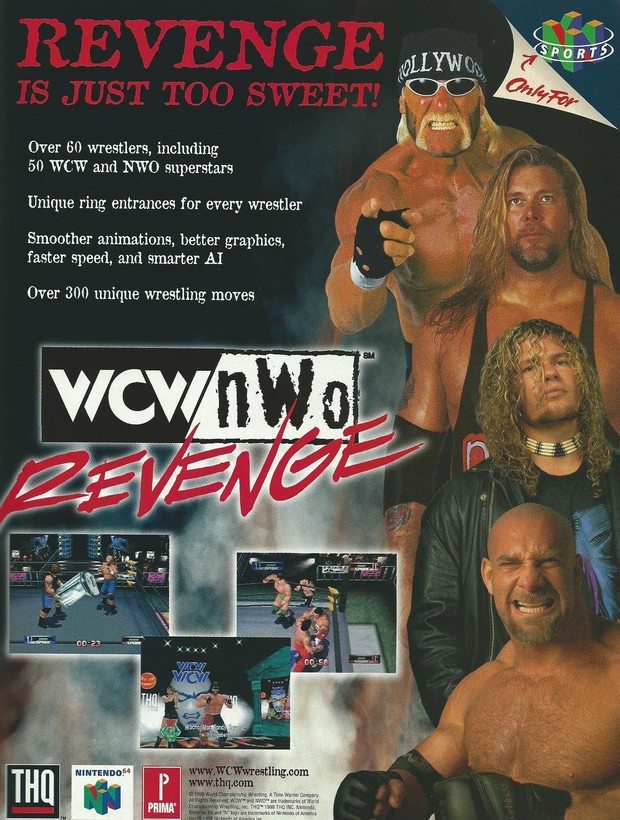 I've heard that the N64 had a pretty sizeable collection of good wrestling games. I've never played any of them, but it seems like there's a lot to choose from. 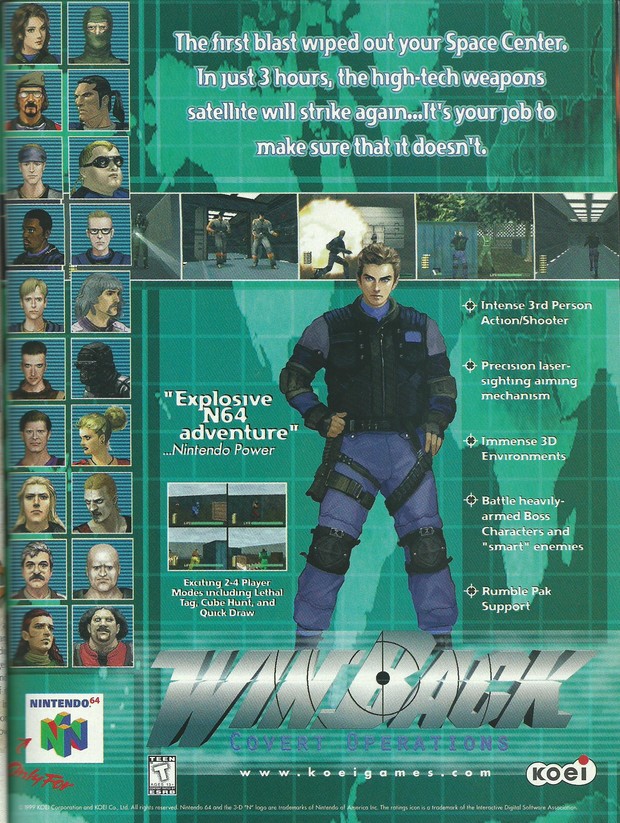 This one genuinely interests me. I had never heard of this until I flipped through an issue of Nintendo Power for this entry. I really like the art style and it sounds like a cool secret ops shooter. 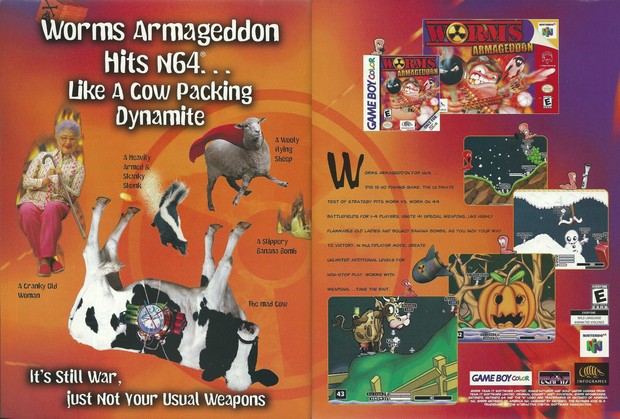 Worms games are so much fun. This is one third party N64 game that commands pretty high prices on the retro game market.