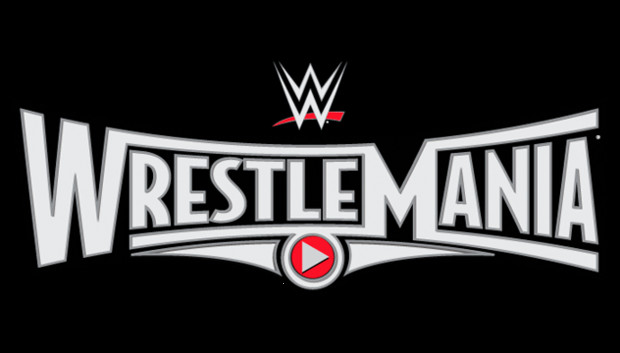 One thing I friggin' love other than video games or music is pro wrestling.

Stay with me, here.

This genre of television is essentially Days Of Our Lives with dudes, but the displays of athleticism are so much more awesome than anything done in a movie or other taped television program because with pro wrestling, the wrestlers are basically putting their body in the hands of their opponent, and the both of them need to look like goddamn superheroes without a green screen, a safety net, or stunt doubles. Pro wrestling may be scripted and a lot of it might look "fake" to someone who won't take it seriously, but these guys are busting their ass every goddamn day to put on a show for you, and they do it really well.

Today is the date of World Wrestling Entertainment's version of the Super Bowl: Wrestlemania. It's their biggest event of the year by far, and the card is staggering: We've got a huge ladder match for the Intercontinental Championship, a battle royale, a classic American babyface (good guy) vs. a foreign heel (bad guy) match for the United States Championship, a match with friggin' Sting in it (Sting is one of the few pro wrestlers that has never actually worked for the WWE, and that's changed now), a sweet Undertaker match with one of the creepiest bastards out there as his opponent, and a main event of Roman Reigns (who won the Royal Rumble in January) vs. Brock Lesnar for the WWE Championship, which is sure to be... interesting.

It's hard to explain pro wrestling to people who don't watch it.

Fortunately, the genre has been a staple of the video game industry forever. Wrestling games are fun. A lot of 'em pack the excitement of a fighting game with the deep complexity of a management sim, but just as many are just there to be ridiculous entertainment.

Here are a few great ones:

Wrestlemania: The Arcade Game was released by Midway in 1995. It has a roster of eight, which includes then-modern favorites: Bret Hart, Shawn Michaels, The Undertaker, Yokozuna, Bam Bam Bigelow, Lex Luger, Razor Ramon, and Doink The Clown. The game plays more like Mortal Kombat than a traditional wrestling game, but since wrestling is already over-the-top, it works well here. The Undertaker can shoot souls out of his hands like a hadouken, Doink can joybuzzer people senseless, and Bam Bam Bigelow sets himself on fire, for some reason. Finishing moves are in the game as hyper combos, so you can totally do a tombstone piledriver or a sharpshooter if you know how.

The graphics use real wrestlers, who were mo-capped for the game, much like the previously-named Mortal Kombat. A few other wrestlers were supposed to be in the game, but weren't: Adam Bomb was rumored to be a hidden character, but he didn't make the cut (most likely due to drug issues around the time). Kevin Nash recently stated that he was supposed to be in the game as Diesel but was passed over during development. It's kind of funny, because Diesel was the WWE Champ at the time (Well, it was the WWF back then, but WWE likes to rewrite their history, and now they've got me doing it, too!)

WWF War Zone was the first game released during the WWE's "Attitude" era. This was a time in the company when the format was modified to include a lot of adult content, grittier storylines and matches, and, of course, ratings that rivaled actual sitcoms and shows. It was the biggest boom period for pro wrestling in recent history, and WWE has desperately been trying to get that fire back for years.

War Zone has a good amount of performers in the game, but the gameplay takes a bit of getting used to. The game plays slower than the average fighting game and it relies on button combinations to do moves. You'd need to dial in directions on the D-Pad and then a couple of buttons to do the move you'd like, which is kind of difficult because sometimes the timing is off, or the opponent isn't in the correct position for the move to work.

The actual atmosphere of the game is really nice, though. The ring looks very much like a TV taping or a house show would, and this is a great step up from previous games. Once you master the controls and know a couple of combos, you'll start to enjoy moving up the ladder and defeating more opponents.

The PS1 version of this game had FMV cutscenes, based in an around a foundry for some reason. Steel mills and foundries seem to be the go-to location for things that are badass, so I guess this makes sense. They actually got the wrestlers to appear in FMV, but some characters are, uh, hard to follow. Case in point: Ahmed Johnson:

Before that shoot, Ahmed Johnson must have snorted an amount of cocaine that would have made Richard Pryor look straight-edge.

I'm definitely leaving out some of the best wrestling games, because I can't do WWF No Mercy or Wrestlemania 2000 justice. Here's a look at WWE '13, which, honestly, was the last great modern wrestling game.

The single-player mode of the game took you through the Attitude era match-by-match, starting with the foundation of D-Generation X and ending with The Rock Vs. Steve Austin at Wrestlemania X-Seven (which was WWE's weird way of saying "17.")

The above video showcases a re-creation of the so-called Empty Arena match that Mankind had with The Rock in 1999. This was a segment that was taped to air during the half time of the Super Bowl, and it was the highest-rated segment of WWE's Sunday Night Heat program in its history and in the years to come. The game relies on striking and reversals, which the developer still hasn't gotten right (the reversal button prompt hits WAY too late, and they've never fixed it, even to the modern games). The game is very much arcade-based but it still employs realistic wrestling: A player who likes to jump off the ropes and flip around like Paul London in the mid-2000s can do just that, whereas the mat workers can channel their inner Dean Malenko and armbar to their heart's content.

There also includes a "Universe" mode, which is basically a season mode like in a modern sports game. You pick the matches, see who's on the card and all that. You can simulate them or you can play them yourself. You can even create a wrestler and have them win belts. I downloaded a version of former Destructoid 'caster Johnny Luchador and he held the Tag Team Titles with Sin Cara for twelve weeks straight before the powerhouse team of David Otunga and Zack Ryder beat them at Summerslam. Awesome stuff.

Wrestlemania only comes once a year, and it used to be super expensive - pay-per-views used to cost something ridiculous like $80. Now, for $9.99, you get access to the WWE Network, where you can watch all of the pay-per-views for the price of entry. It's like Netflix, but for wrestling. And you get access to WWE's huge library of shows, be it taped episodes of Raw or Smackdown, but also older PPVs and documentaries. The documentaries are really nice, and things like them and the roundtable discussions with past wrestlers are worth the subscription price alone.

So tonight, lemme tell ya what I'm gonna do, brother (or sister)!

I'm gonna sit on my leather reclining couch, crack open a can of Surge, eat seven pounds of onion dip and stuffed mushrooms, and I'm gonna watch the EVERLOVING HELL out of the biggest pre-determined sporting event of the year!

(Insert something about the Danger Zone or Mongo McMichael here.)