9 Dtoiders that left an impression. A petty number and a broad term. I am going to cheat...so hard. So very very hard...even 10 times harder. I drew an avatar-name associated freak show. I drew you as one of my French girls. It's one glorious circlejerk...so...nothing to be afraid of. 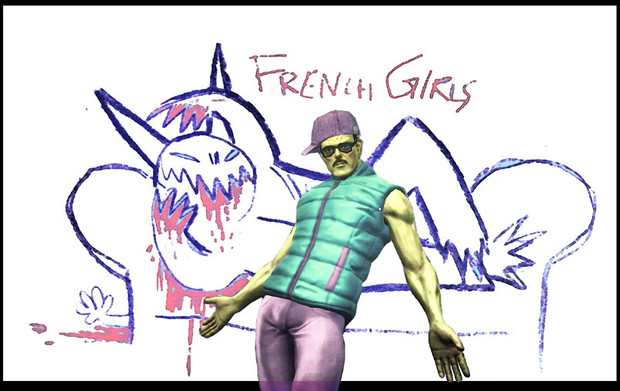 I stumbled across Destructoid accidentally. In 2010 I pondered over the idea of buying "Fist of the North Star: Ken's Rage". In order to justify that purchase I was in desperate need of an even remotely positive review of said game.
Destructoid gave it a 8.5 score.
Let me quote the Dtoider Sam Spectre: "this is such a broken home omg"
(from: "How did you find Destructoid???", the Forums)

I bought the game and stayed. Only 2 years later I wrote my first c-blog.

I am not the extremely extrovert type, even in the depths of the darknet I am kind of reluctant to spill my guts. I don't comment too much on the FP, I write the occasional c-blog, I don't involve myself in the more serious discussions in the Forums.

Most of the time I am posting pictures. I consider the Random-Picture-Thread, the Animated-Gifs-Thread and the Forums' Meet&Greet-section to be my very own shangri-la of amusement. As English isn't my first language the lack of fluency and efficiency in my writings gives me the Angst. I am more of a voyeur.
I enjoy to observe the daily drama. And I like the participating parties.
So you might not know me but I am watching you. With my eyes.


It is not solely about videogames anymore.
I like that.
And because I don't have so much to say I drew my own personal monster-gallery of impressive Dtoiders.
I like monsters. I like you. Match made in heaven.

9 Dtoiders: 109 French Girls - challenge accepted
I DREW YOU AS ONE OF MY FRENCH GIRLS

Orginally my plan was to draw my top 9 Dtoiders. As cuddly monsters because I like monsters.
By setting up some rules of conduct beforehand, I tried to limit my efforts to a sensible extent of time and energy and to avoid getting lost in fiddling around with single drawings.

It got out of hand anyway…sort of.

Rule 1: No sketches, no tracing
Rule 2: once started there is no going back, one try per customer.
Rule 3: use a gel pen, so every line is permanent.
Rule 4: coloring – maximum of 9 minutes (...or less...mostly less) per character.

The drawings differ in quality quite a bit, some were done with more verve than others depending on my condition, stress-level, the place where I worked on them, the paper, the pen etc. What to expect: A lot of weird anatomy, strange and (re-occuring) color-schemes, disgusting (sorry Seph!) and/or misshapen designs (sorry Seph!), etc.
Actually this is what I liked the most about the whole process. The surprise at the end.
Whether or not I was content with the outcome I did it with love in my heart. And a whole lot of enjoyment.
So if your monster-alter-ego looks particularly crappy don't be sad...those were the rules.

I started with 9 and ended up with a hundred more: Forums, c-blogs, frontpage...perhaps you wrote something meaningful, posted entertaining stuff...be that as it may, you definitely made some kind of positive impression, you entertained me. Thank you for that.
Since there are so many of you I refrain from posting the whole bunch here and consequently clutter my blog but I want to present a selection in my special-mention-section further down. You can watch the whole bunch via the video provided further down or on my Tumblr.
If you are not on the list: there could have been more but I simply ran out of steam at some point.
I forgot BadStar and Shinta for example. That's a shame 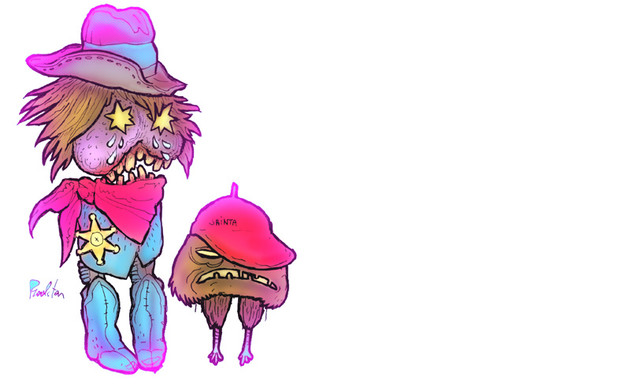 ARE YOU AFRAID?
here they come.

Karlmariaseeberg the Sheik of Smut was so kind to meld all of my pictures into one super-duper video which you can watch here:

My heartfelt thanks to Glowbear and Panza for letting me use some Scary Granules footage.  karlmariaseeberg is a GOLDEN GOD. You are awesome. Thanks again.

Alternatively you can browse through my Tumblr:
FRENCH GIRLS (not in glorious motion)

SPECIAL MENTIONS
because some are more equal than others. In no particular order.
Observe the inconsistency! 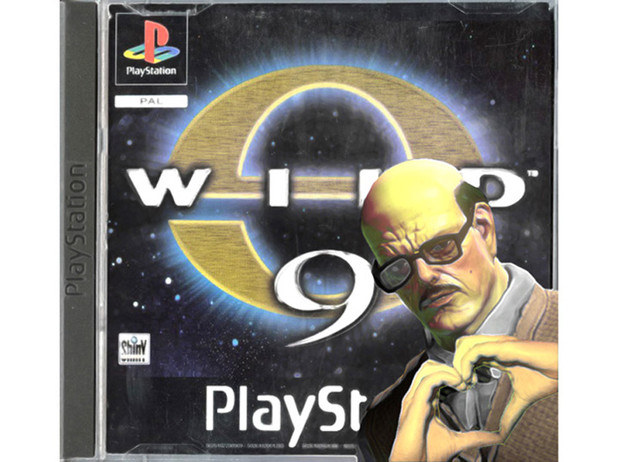 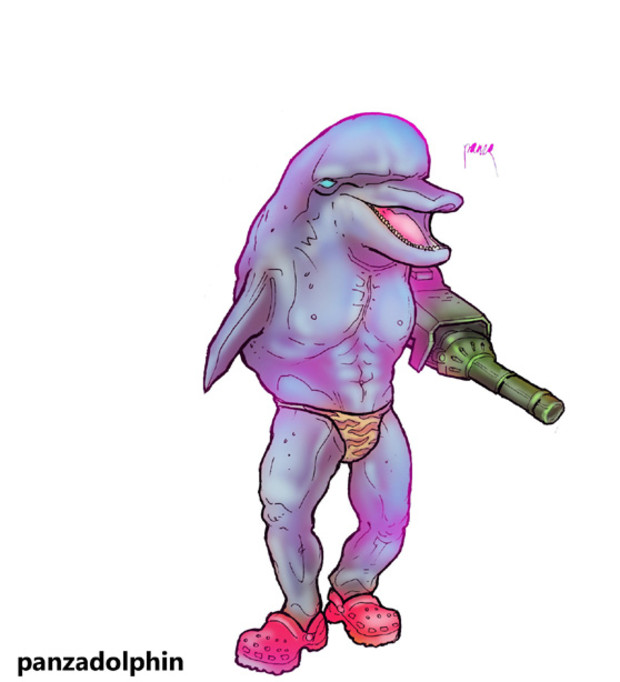 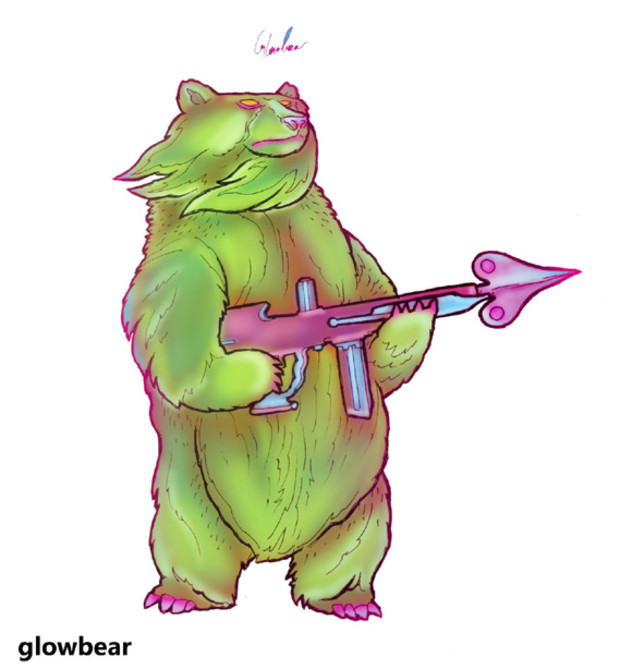 I heard them talk on Scary Granules and fell in love. 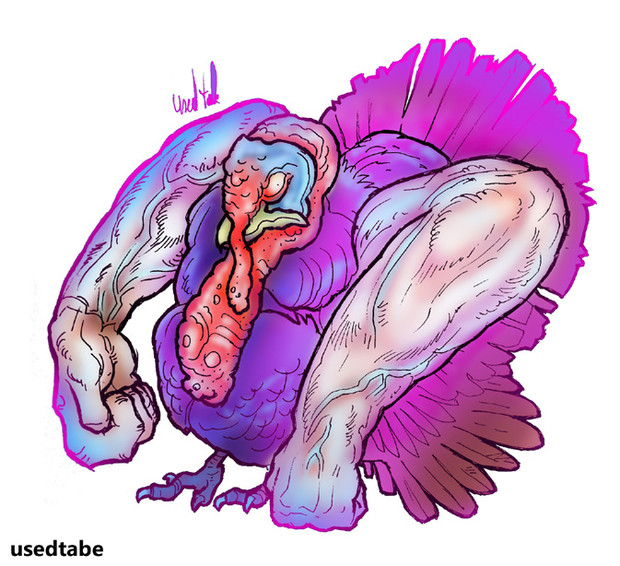 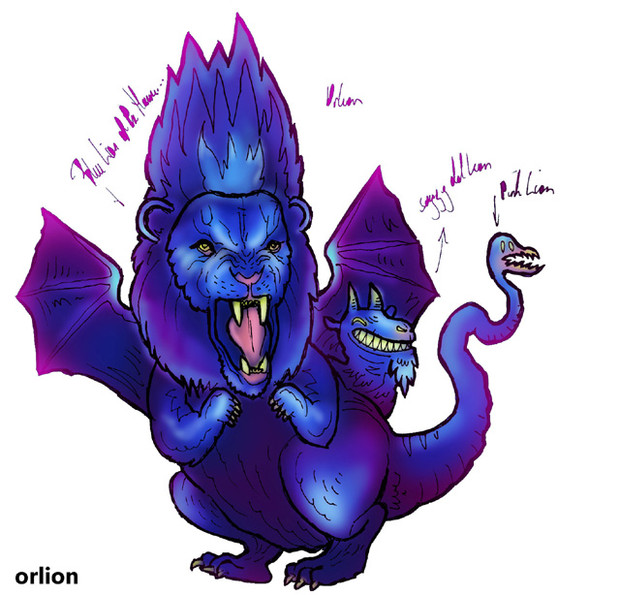 #5 Opiumherz
I despised the guy when he first arrived. He is a wonderfully terrible person. With a terribly wonderful sense of humor...at least I think it is humor.

#6 MikeMartin / Phil
phil calls you names and you start to feel all warm and fuzzy inside. 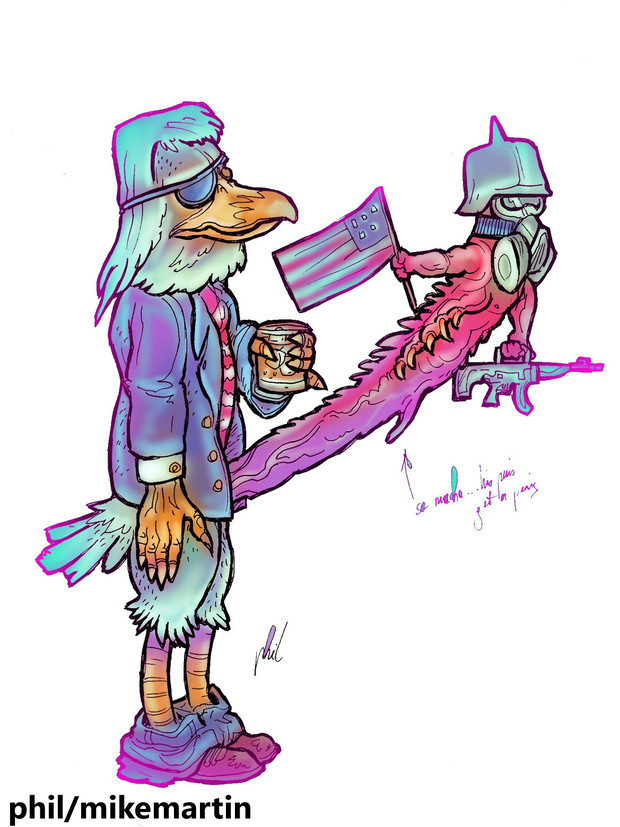 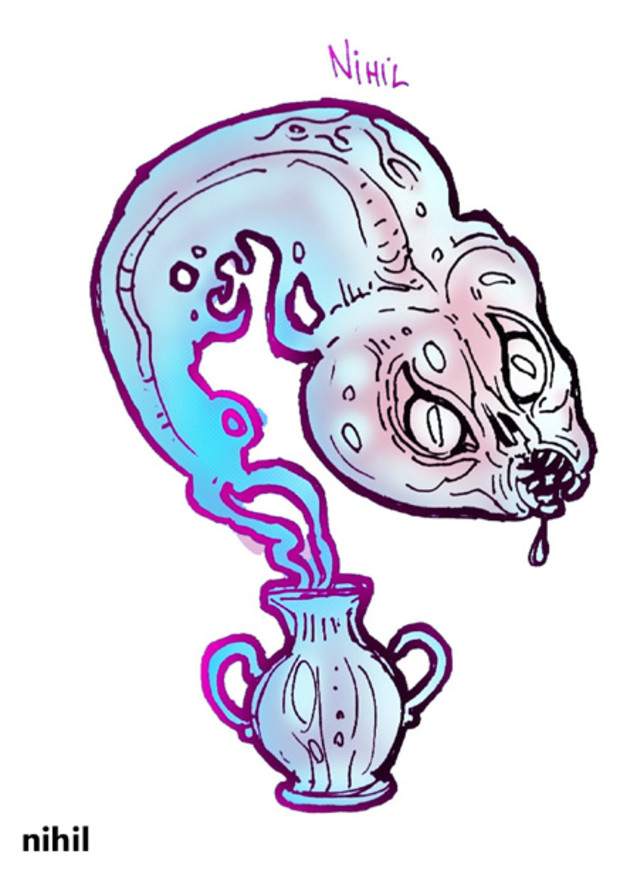 #8 Occams
I want him as my dad

#9 Andy Dixon
I want him as my mom 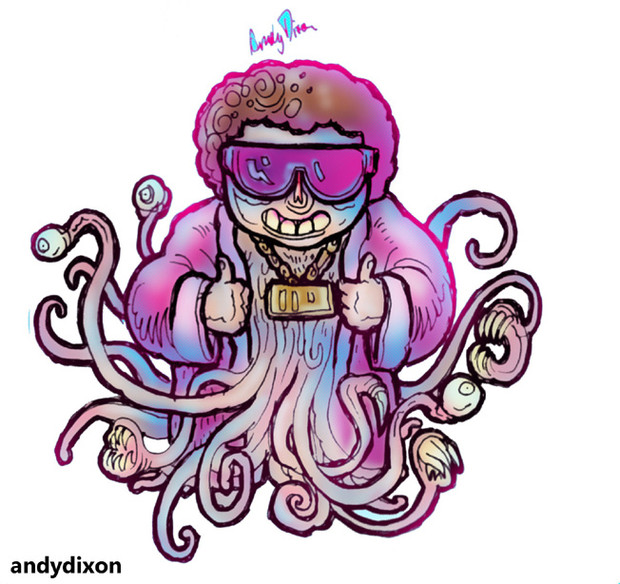 #10 see how bad I am at this? Zombieplatypus
un artiste 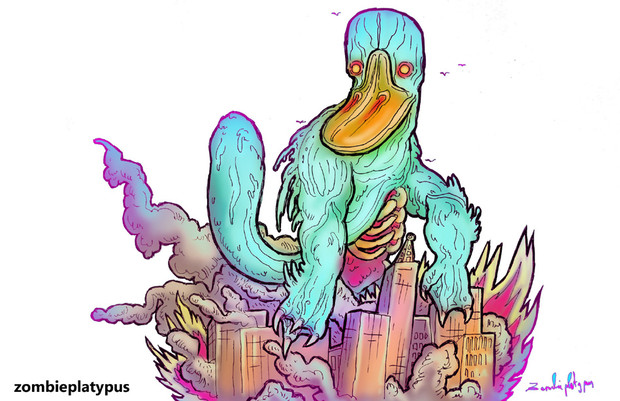 this is getting better and better:
#11 Char Aznable
a genuine Steve McQueen 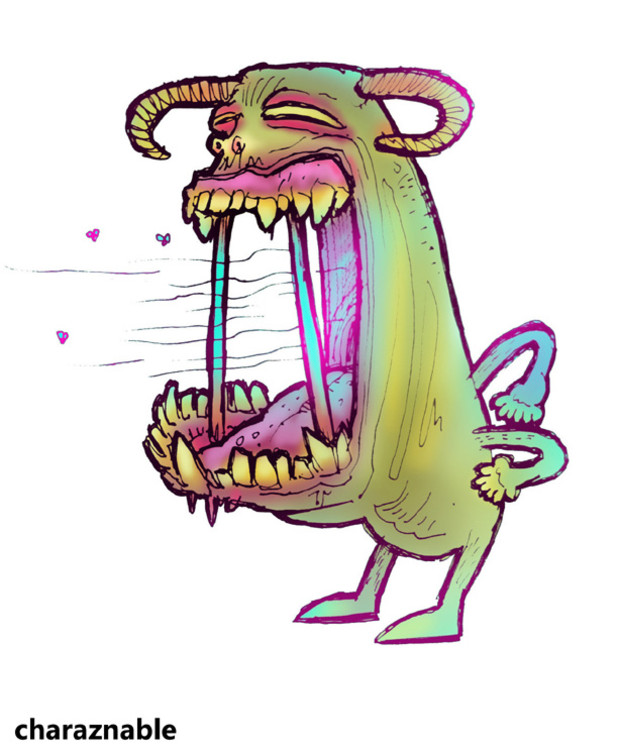 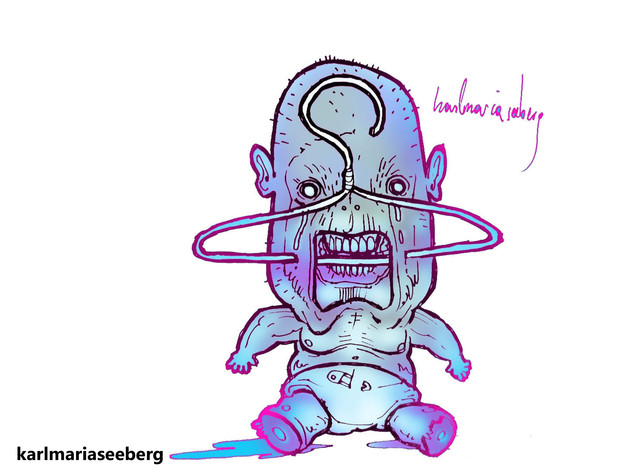 - karlmariaseeberg
I know karlmariaseeberg from RL. I think we've first met around 2001? Since then we share certain obsessions. He doesn't post an awful lot on Dtoid (shame on you!) but he did a wonderful Random-Pictures-Thread-Mash-Up (watch it HERE) and generally is one of my favourite human beings. He is a mean Kabal though. 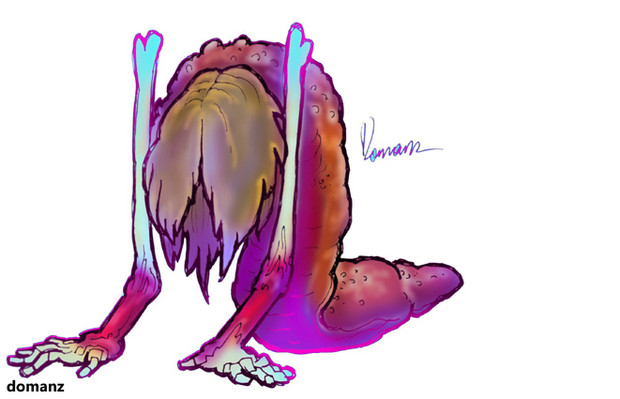 - domanz
I ran into domanz in the Forums' Meet&Greet-section where we discovered that we actually live in the same city (Vienna). Which by itself is already a rather strange experience, you just don't expect it when you move through an alternative reality like Destructoid. We even went to the same school, shared some teachers. We will have a baby. And the rest is SILENTIUM!

THE FIRST CUT IS THE DEEPEST: 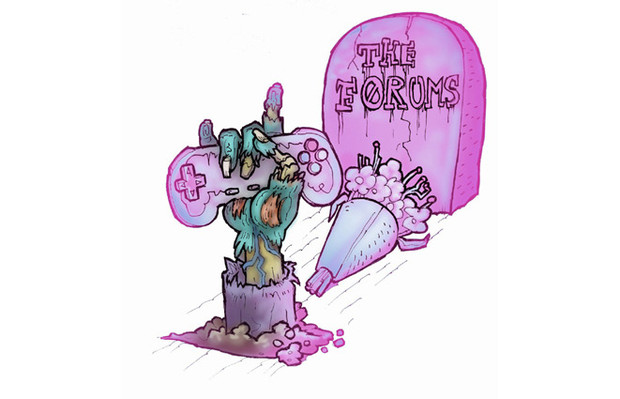 In 2012 I decided to join the Forums and wrote a terrible introductory-thread. I met the friendliest scavengers imaginable and they ganged up on me. It felt like they were taking turns in puking into all of my gaping orifices while panza was holding their hair, humming strange maritime melodies.

I loved it. The first few days are crucial for fresh meat and because of these guys I prolonged my stay here. Well done.
They might be oblivious to the fact that I have a special place in my heart for all of them. So I want to list them here.

nothing more to add