The Tiger Game.Com - It's Really That Bad. 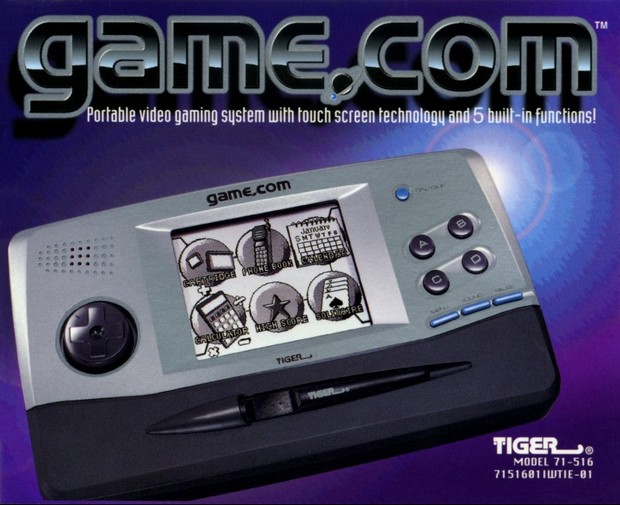 Tiger Electronics was more or less the bane of my childhood in terms of consumer electronics. These bastards were responsible for some of the worst games I have ever played. If you can believe it, I played the handheld version of Sonic 3D Blast more than the Genesis version: 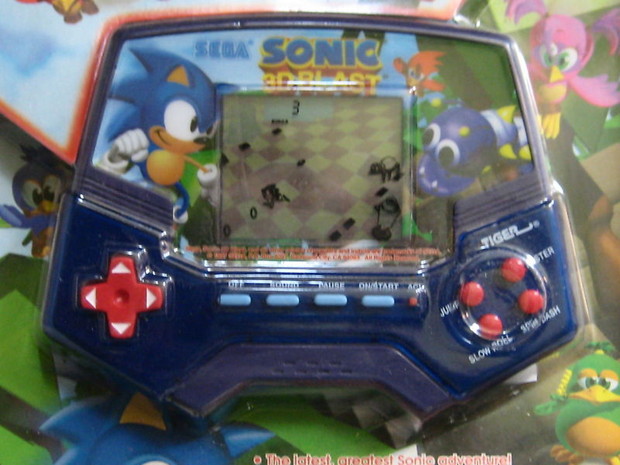 Tiger produced hundreds of these things. They were everywhere and they can still be found clogging the aisles of Goodwills and yard sales the world over. A bunch of them are collector's items now, since apparently people like having a constant reminder that their parents were cheap and uncaring in the form of a lackluster LCD game.

Tiger wasn't stupid, though. They knew how to follow the money, and the real money was in the handheld gaming market. After the spectacular failure of the Tiger R-Zone, an ill-advised console that attempted to co-opt the Virtual Boy's "success", Tiger proceeded to make a real handheld console, in the form of the Game.com:

It was the 90s. There was time for Klax.

The insult marketing was really, uh, not good for brand awareness. To this day, I don't see the appeal in it. I don't even recall an example of it that actually worked. It must have worked once or twice, otherwise companies wouldn't have bothered with it. But with bullshit commercials like this, it's no wonder why the Game.com was a huge flop.

That and the fact that the system had some of the WORST flaws imagineable.

The screen was so blurry and unreadable it made the Game Gear's LCD screen look like 1080p. Games with any amount of movement were completely unplayable. It was like the system suffered from motion blindness. I don't even know how that got past testing (they didn't care, most likely).

The screen was a touch screen, which, for the 90s, is pretty neat. The problem is that it is a very early example of a touch screen, which leaves input to a very low-resolution gridded area. There weren't many games that even used it, anyway. Lights Out is the best example: 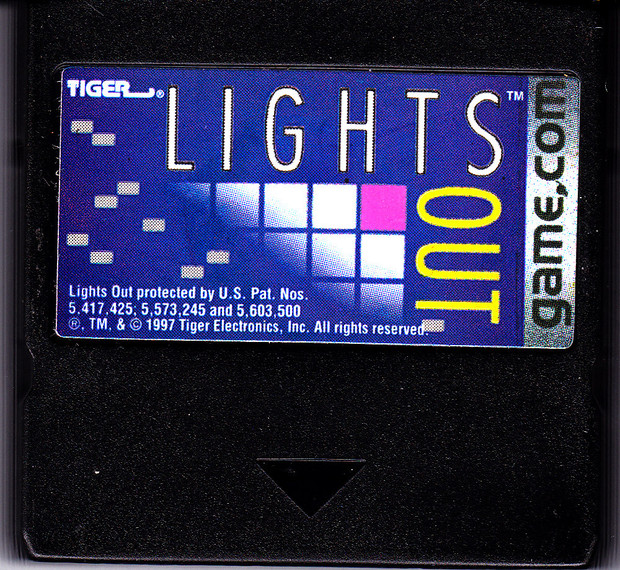 This game was supposed to be Tiger's answer to Tetris. See, pressing one of the white tiles on a Lights Out grid turned the adjacent ones black, and you had to find a way to make all of the tiles black. This was a mini-game in Super Mario RPG, among other places. Clearly, it's good enough to be a full game.

It's actually not terrible, and it's a great example of a game that works despite the system's limitations. It's just not really memorable. Yeah, you can see the screen (since this is a puzzle game, after all), but good luck trying to kill an hour with this. 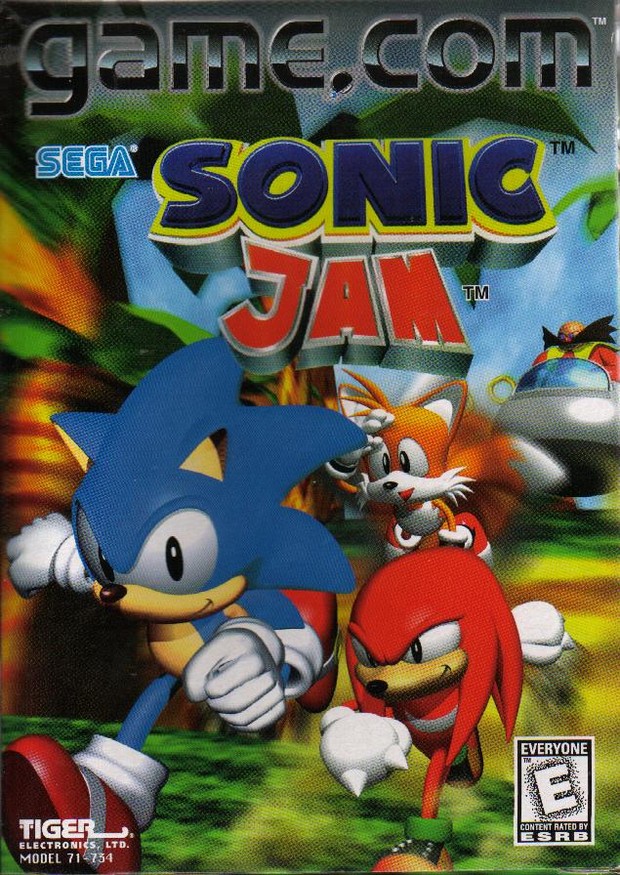 Allegedly, this is a port of the Sega Saturn compilation Sonic Jam, which puts Sonic 1, 2, 3, and Knuckles together on one disc.

In actuality, this game cobbles together levels from Sonic 2 and 3 and expects you to blast through them without seeing what the hell is going on because of the screen blur.

To put things in perspective, here's a run through of Sonic 3, via Sonic Jam on the Saturn:

A couple of audio issues aside, the Saturn version of Sonic 3 is a great port of a great game. You'd have no problem playing this like the Genesis version.

On the other hand, here's Sonic 3 via Sonic Jam on the Game.com:

Keep in mind, that video was captured by using an emulator (or a really rare Game.com capture device that doesn't actually exist). The video actually does it more justice than the Game.com hardware itself, due to the screen blur. Still, the music is comple rubbish, and the framerate is not due to some YouTube issue. That's the legit framerate. Ugh.

Another "shining" example of a Game.com game is Duke Nukem 3D. 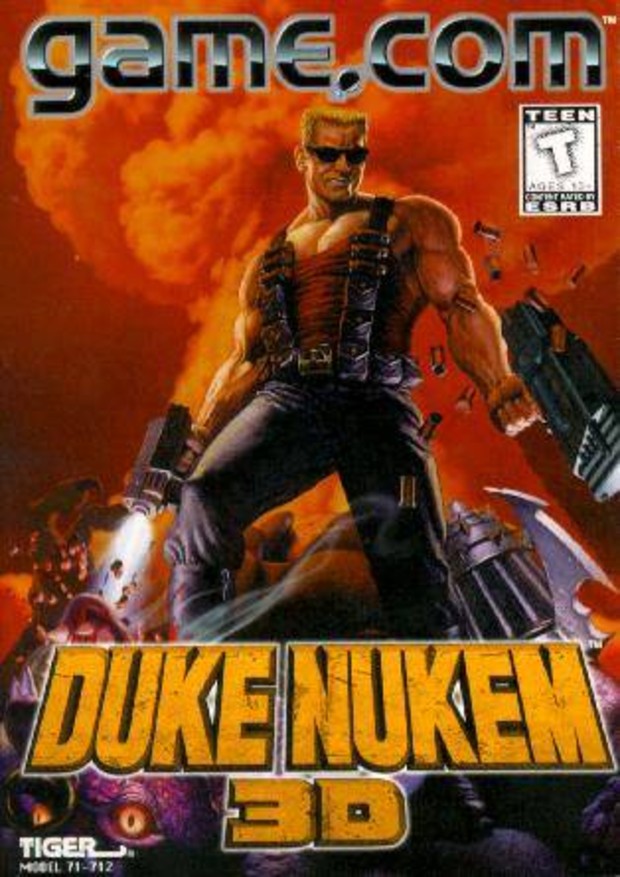 A whole bunch of misleading marketing. This is Duke 3D, but just barely.

Now, to their credit, Tiger made Duke 3D somewhat playable by doing an Eye Of The Beholder-style dungeon crawl sort of gameplay, so the graphics aren't going to immediately fly off the handle and run your vision of the game. In fact, it may impress you a bit at first, because there's definitely some low-fi clips of Jon St. John's Duke voice and some recognizeable enemy types, but after you take a couple of steps, you'll see that Duke 3D really wasn't ready to be a portable game. Enemies can still hit you without you seeing them, and the draw distance is so low that you will be wandering into a grey void more often than not. All of this begs the question: What in the blue hell were they thinking when releasing this?

Tiger's venture into the handheld game market didn't last long. This thing tanked hard, as it should have. There were only about 20 or so games released for it over its short lifespan, which, oddly enough, is more of a library than the Virtual Boy had in the United States. Tiger had every license from Batman to Resident Evil to Midway arcade games, but they ranged in quality from "I can't see the goddamn screen" to "Is there even a goddamn ending to this?"

And, that, my friends, is a brief overview of some games on the Tiger Game.com. Please, don't sell the Virtual Boy or the Atari Lynx short by comparing them to this utter trash.

(By the way, it's pronounced "Game-Com", no "dot" in there. It was a weird time for technolomogy.)