I've written thirty-something blog posts here. Figured now was as good as any time to do an introduction post, since when I started posting at DTOID I kinda-sorta jumped right into the stuffs about the video games.

The name is Titannel. Pronounced "Tie-Tannel". Not "Titan-El". It was the name of one of my characters in City of Heroes - it's a portmaneu of "titanium" and "sentinel". It kinda stuck as my name on social media.

But, you? Yes, you! You're nice. You can call me Connor, mostly because that is my real name.

Without any further BS, here are a few things about me that you really should know.

1. I collect a TON of retro games.

I started collecting older stuff in 2009 or so, when I realized that a ton of the newer game releases were getting stale and annoyingly bogged down with DLC and poor, buggy initial releases. I wanted something different, and I had just found out about a local video game store in the area. I went there, and bought the following items:

I was ready to retro game. That humble collection turned into a ton of games for dozens of systems. I still collect modern stuff when I get the urge to play something recent, but mostly I go towards the retro stuff.

Today, I primarily collect for the Game Boy, the Nintendo 3DS and the Wii U, though I look for everything under the sun. I actually own more Atari Lynx games than Wii U games right now, though that lead isn't by much.

Yeah, this is a fairly generic thing to list as something you need to know about me, but it still bears repeating: I friggin' LOVE music, and I will continue to listen to stuff well after my video games have been destroyed by bit-rot and using improper power supplies.

Remember that post I made a couple of days ago (as of the time of this writing: 3/27/2015) on Rock Band 4 songs that need to exist? There is at least one more part to that I'll get to when I can, because I could talk at-length about five more bands that need to be in that game. It's something I really keep up, on, because music fosters creativity. And that is pretty amazing.

My current favorite band? Nada Surf. Check 'em out. They should be releasing a new album within the year, provided nothing horrible happens.

Lightfoils is really nice, too. School of Seven Bells was great, but I don't quite know how they're going to continue after the death of Benjamin Curtis. It's unfortunate. 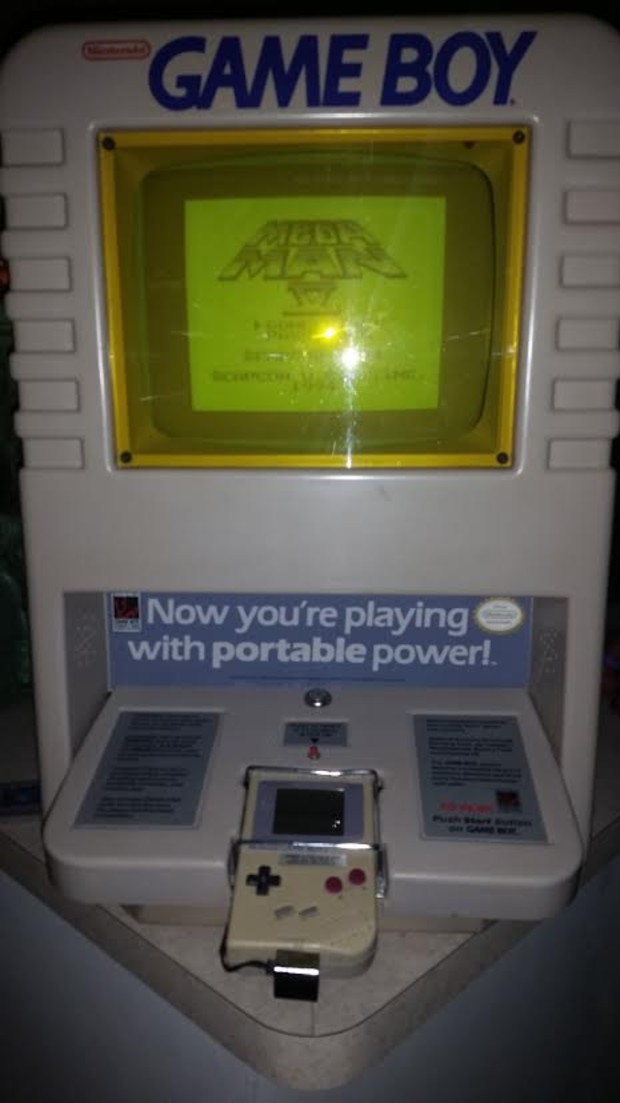 Picked this up at a local game store a couple of weeks ago. Remember how I said I collect for a ton of consoles? Well, I kinda sold off my NES and Sega Master System sets for this beauty, among a few assorted other games and accessories.

It's really cool. Now I can finally see that goddamn screen.

The Mega Man V was mine before the purchase of the kiosk. For what it's worth, mine came with a pristine version of Tetris.

My main blog (which isn't quite as updated as this one because the community here is not only really nice, but also somewhat built-in) is where I post a lot of non videogame-related posts, though the two definitely overlap because of my hobbies. Check out my short stories!

They're literally "short" stories. A couple of 'em were for classes in college, the rest were just ones I decided to post. I have a ton more that I haven't finished, because my mind keeps jumping around, and I hate it.

5. I do (a very limited amount of) graphic design.

See that banner? Yeah, it's kinda neat, isn't it? I made it. Well, sort of. It's based on the work of Peter Saville. Each block corresponds to a letter of the alphabet. Go ahead and guess what it says!

My blog has a similar banner, but it's not quite the same. It's almost like it says something different.

My actual hand-drawing skills are not good, so a lot of my work is done on the computer, and even then it is very minimalist. By no means am I saying that I am a legitimate graphic designer, but I like what I've created thus far.

I recently updated my banner, so the image that is there now is a little different from the original image. This one is now entirely created by me.

6. The best game on the Super Nintendo is Kirby Super Star. 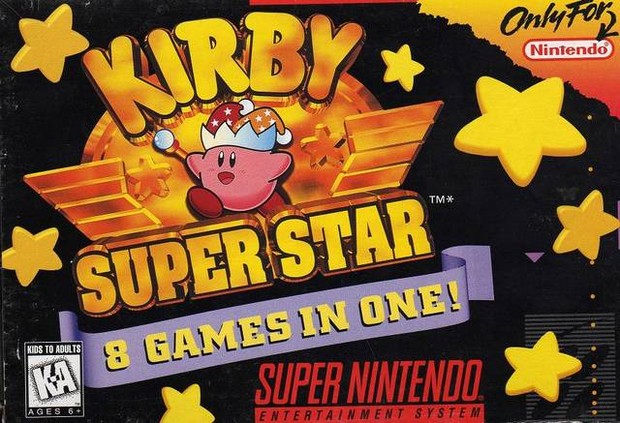 Just another fun fact. Seriously, if you haven't played this game, what the hell is wrong with you? It's cute and colorful. IT'S FRIGGIN' ADORABLE.

Even if you don't necessarily like things that are cute and cuddly, this game is still one of the finest platforming experiences you will ever have in your entire life, mark my words. Go pick this one up on the Wii U eShop, or pay the $50 for the original cart. The DS version is good as well, but the original game has Capsule J: 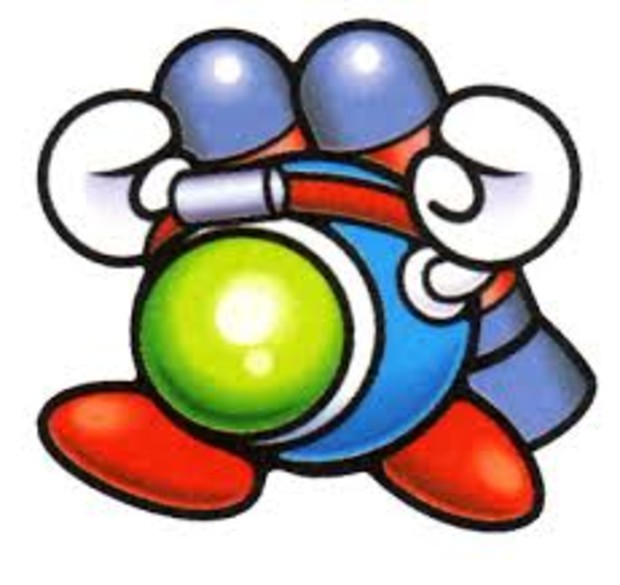 And Capsule J is bad ass. Copyright issues kept him from being in the re-make of KSS on the DS. Instead, we got this poseur, Capsule J2: 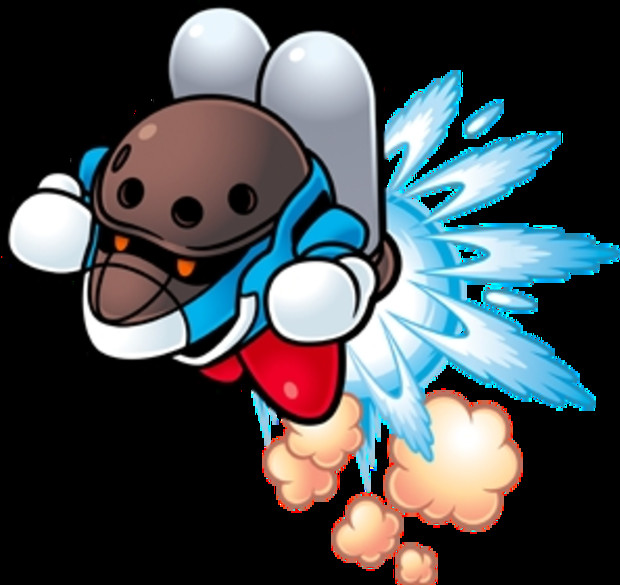 Yeah, he's fundamentally identical to the first one, save for that he doesn't look like Twinbee so Konami can't sue HAL Laboratory. To hell with Konami and to hell with Twinbee. Capsule J!

7. I want to work for Harmonix Music Systems (among other places).

I graduated from a pre-Dunk City Florida Gulf Coast University with a degree in Communications (Public Relations was my focus) and a minor in Journalism. Most of my family lives near where Harmonix is located, so I'd really like to work there to see my family more. I have a passion for music and music in games, and I friggin' adore everything Harmonix has put out, even stuff like Eyetoy: Antigrav, which got me to buy an Eyetoy for my Playstation 2.

This isn't a cover letter, honest. I'm just, uh, talking about my career prospects. I'd settle for writing for a major video game journalism website, of course.

If you've got any questions, be sure to comment below. And read my blog posts. And pass 'em around if you like. I like having people read my stuff and comment on it because I think this stuff is worth talking about, and I hope that others do, too.

It also helps that I would love to become rich and famous someday, and every like or comment means that I'm one step closer to living my dream of filling a hot tub with cognac instead of water and living inside it for the better part of a week in my penthouse apartment overlooking the skyline of whatever major city is going to allow me to fill a hot tub with expensive liquor.

(That last bit probably won't happen. Most likely, I'd have to use something cheaper. Perhaps whiskey...)