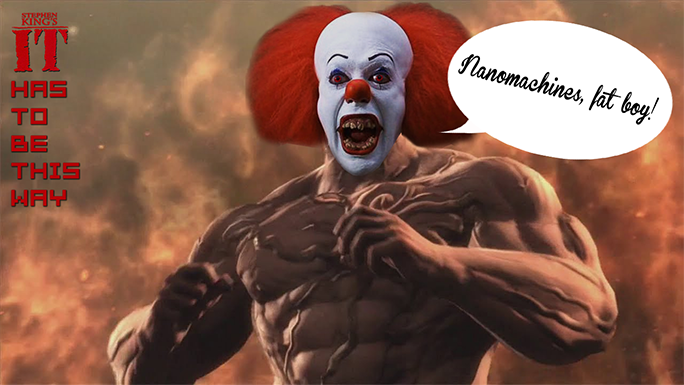 Last year, around the time that I started my current life as a young, unemployed hobo, I decided to use more of my spare time writing blogs on Destructoid. It seemed like an ideal way to spend some of the massive amounts of free time I was starting to gain, between applying for any open position I could find. I wanted to write about something fun, something gaming related that I really enjoyed, and in the end, I decided to write about awesome boss fights, through a blog titled Boss Fight Appreciation Zone (BFAZ). The first of the series was, I believe, the first of my blogs that was actually getting somewhat popular, and it inspired me to keep going, while making me want to make each iteration look better than the last. Five blogs were written in the series, with one being a "bonus round". It gained some steam, then lost some again, but people seemed to really enjoy the series overall. It's what finally made me feel like I was "inside" the community, like I was a real contributor, who could make a genuine impression on people on the other side of the planet.

Saying that, it might seem weird to some folks that I haven't any of these in 2015. There are a couple of reasons for that, and I'd like to ask and answer a couple of questions related to all of this.

Not entirely, no. In fact, I'm currently working on one, and has been so for a while. It's another bonus round, one mainly featuring a certain egg-shaped super villain who I'm sure you're all familiar with. However, after this one, I may call it quits. See, these blogs take a long time to make. Not only do I have to make gifs for each boss, but tons of other little images as well, not to mention that it all has to fit together and, to be honest, for one blog, the effort isn't entirely worth it. Blogs die, and are only rarely brought up again, so spending all that time making them pretty and detailed seems a bit silly. I still want to make good looking blogs, but the way BFAZ has evolved is very demanding and overly ambitious, and changing it back to basics would just feel cheap, to me at least.

Aside from that, it was a very community driven series, and the last blog didn't gather that much feedback, so continuing with a Round 5 would be difficult. There's always a risk to be run with stuff like that, and I got way too confident with it. People probably got a bit exhausted by it, and understandably lost interest.

Will there be another series to replace it?

Maybe, I'd say a 40% chance. Doing a series is a lot of work compared to unrelated blogs, and the only idea I currently have for one is something I'd call 'The Naughty Bits', which would be a complete rip-off of Ben Davis' Experience Points series, and probably way worse too. So yeah, while it's certainly possible, it's not on my priority list.

Will the 'Into the Desert' blog be finished?

Sorry to the handful of people who voted for it, I appreciate your enthusiasm a bunch, but that blog was turning into a boring load of shit very quickly. It's not that I can't write an entire blog about deserts in video games, it's that I can't possibly write a good one. You know, one that won't put people to sleep.

Seriously, here's the gist of it: Deserts in real life are kinda boring, so some video games make them look interesting and give you means of transportation in order to make them more fun to traverse, while still trying to make them feel vast and open ended. That's pretty much it. Can you imagine that being stretched into an entire blog? God damn, that would be painful to read through.

Here's a blogging tip: Don't tell people about your blog ideas! I have a ton of unfinished blogs lying around, all of them coming from me changing my mind and/or losing interest. Losing interest especially is a red flag, and ignoring this flag will make for an extemely dull blog. You can't make people care if you don't care yourself.

What's the point of this blog, then?

A little bit of closure, mostly, just in case some of you out there have been wondering. That, and I wanted an excuse to show you the stupid photoshop I've made. It would never be relevant anywhere, so here you go.

That's all folks! Treat yourselves well, and be sure to have a nice day. :)