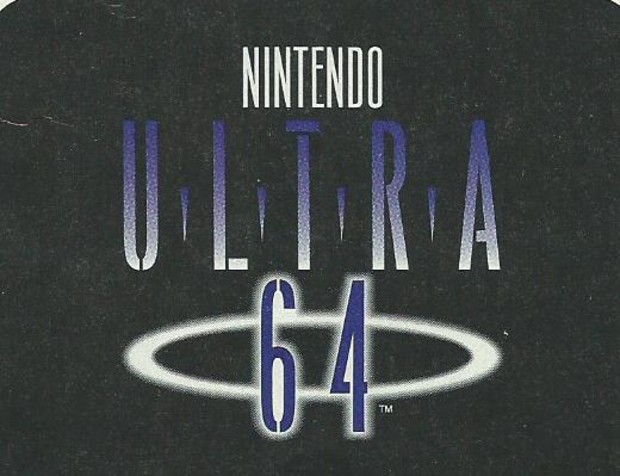 Hello and welcome back to another round of retro game ads. After a series of ads for the PlayStation last time, we’re taking a look at its competitor, the Nintendo 64. All of these ads were taken from magazines, the majority of which were Nintendo Power, with a few others thrown in. Since I grew up with the Nintendo 64, this segment was especially fun to put together and brought back a lot of good memories.

I decided to spread these ads across two different segments, since I found quite a few. So, this segment will feature retailer ads, toy ads, miscellaneous ads, and in-house Nintendo Power ads for the system, while the next will feature ads for games specifically. 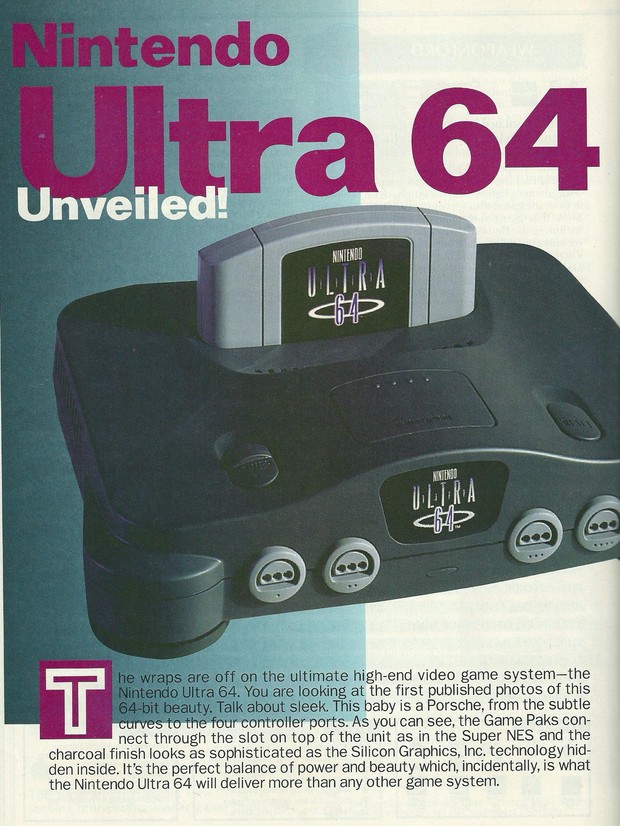 To start things off, this isn't really an ad, but I wanted to include it anyway because of how cool it looks. This is when the Nintendo 64 was revealed, under the moniker of the Ultra 64. I want to say this was from late 1994 or early 1995. 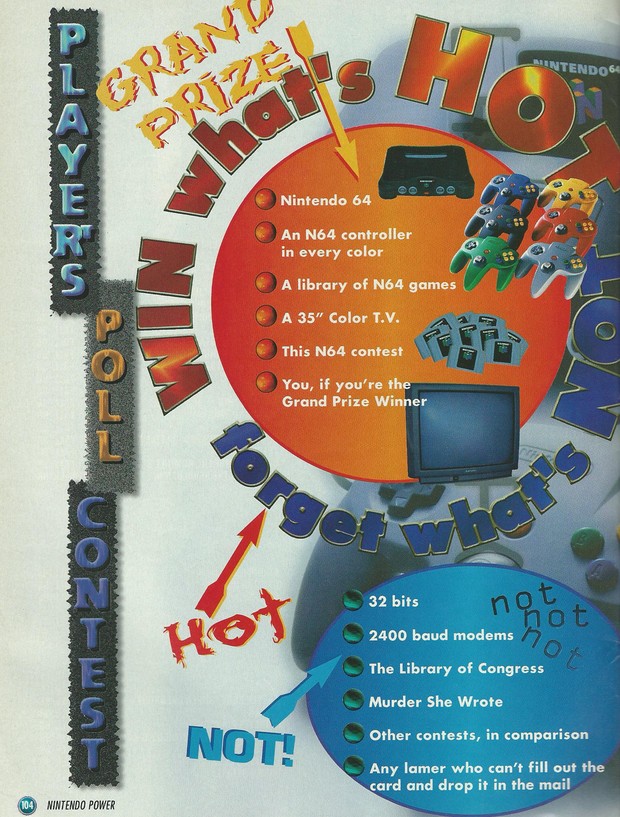 A contest to win a Nintendo 64. This contest actually ran before the system was released in the U.S. But wow, look at that font. This was definitely the 90's. 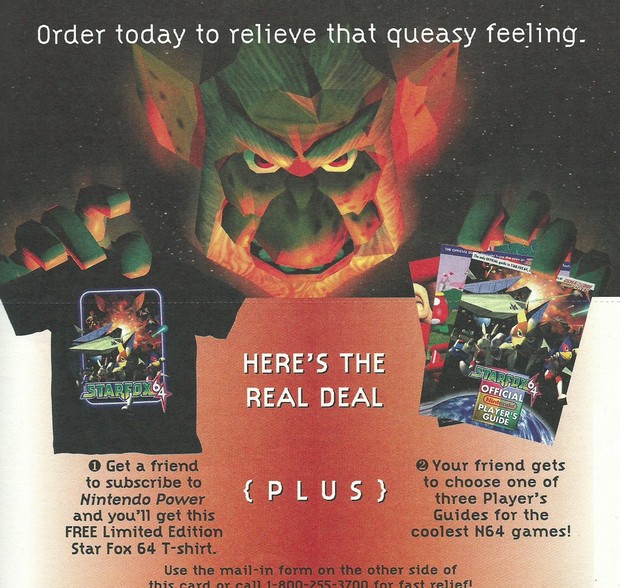 An insert to an issue of Nintendo Power. I guess they're trying to say that the game will make you sick?

Since the game was originally called Super Mario Kart R, I wonder if that's why they included the 'Super' right above the title. 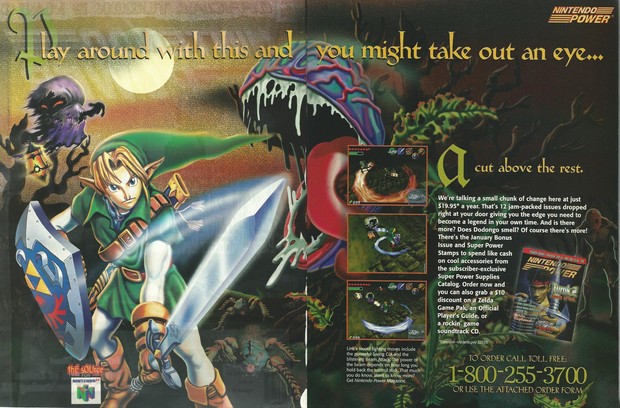 I love the art style used for Ocarina of Time. The subdued colors and abundance of enemies hypes up a challenging, harrowing experience. 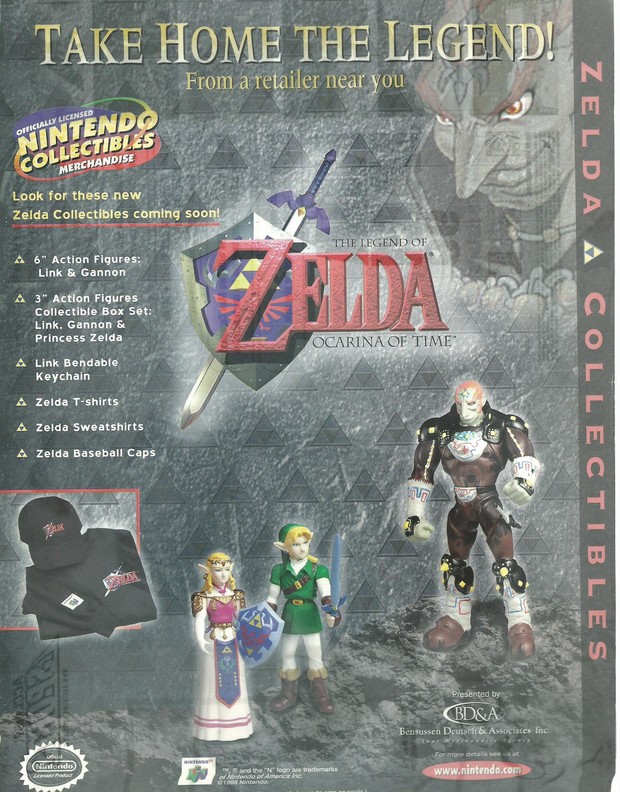 Some merch for Ocarina of Time. I've seen these go for crazy prices on eBay. 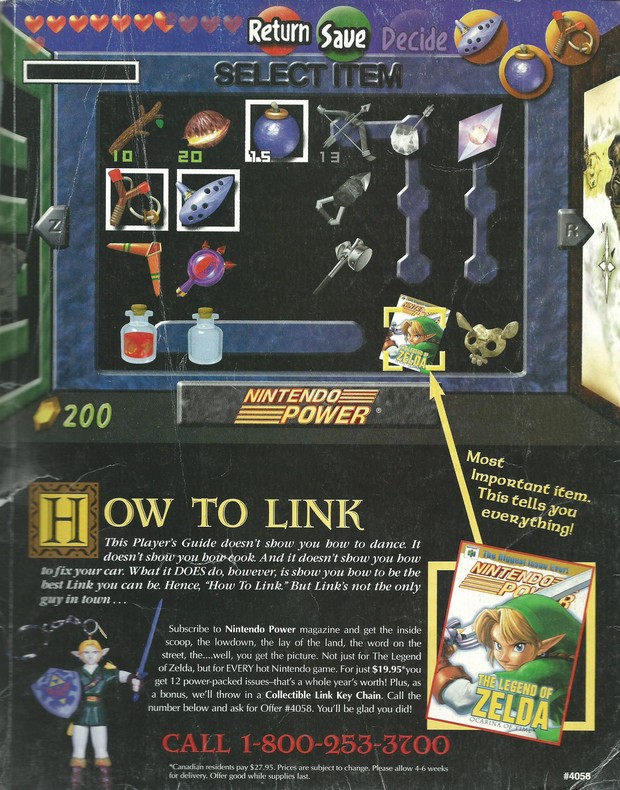 Taken from the back of the Ocarina of Time strategy guide. I really want that keychain. 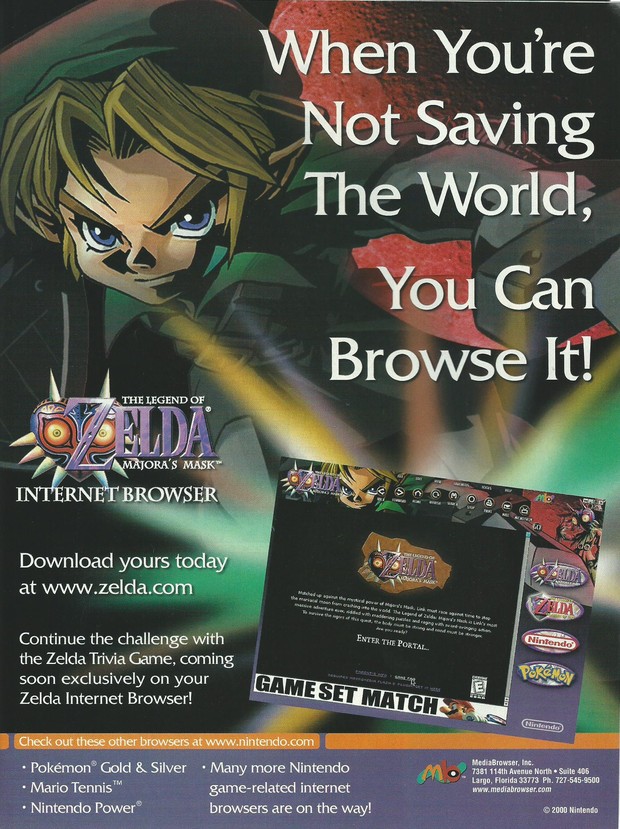 If this browser was still around, I would definitely use it. Nintendo should seriously bring it back for the rerelease.

Can't go wrong with any of that merch. 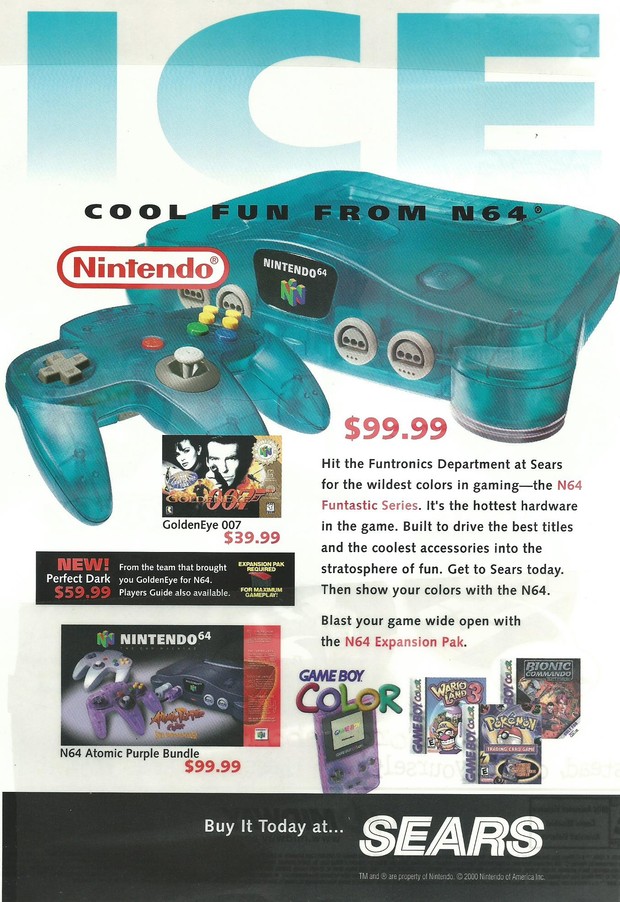 You're as cold as ice. 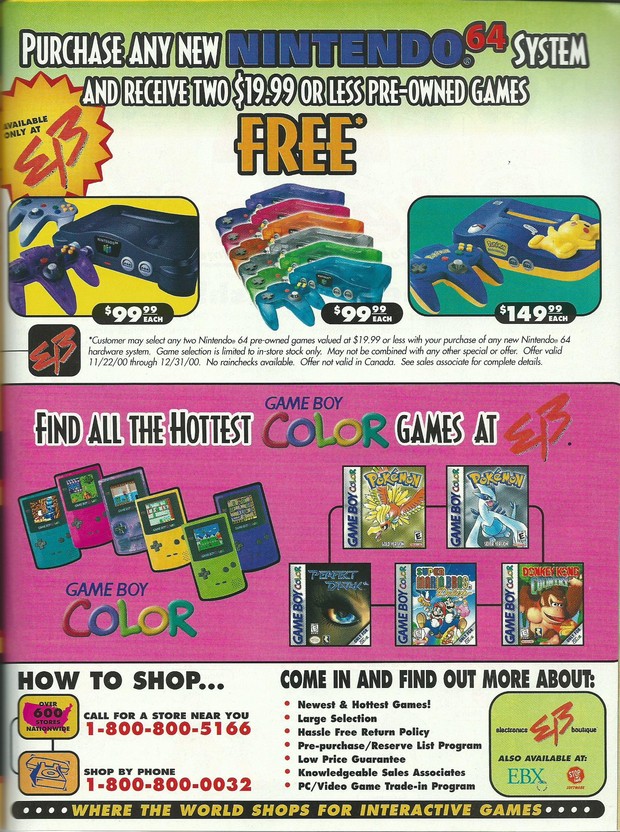 There were so many different colors used for Nintendo 64 exteriors. I would buy that Pikachu system, even if it was $50 more than the others. My cousin used to own one. It was a pretty cool variant. 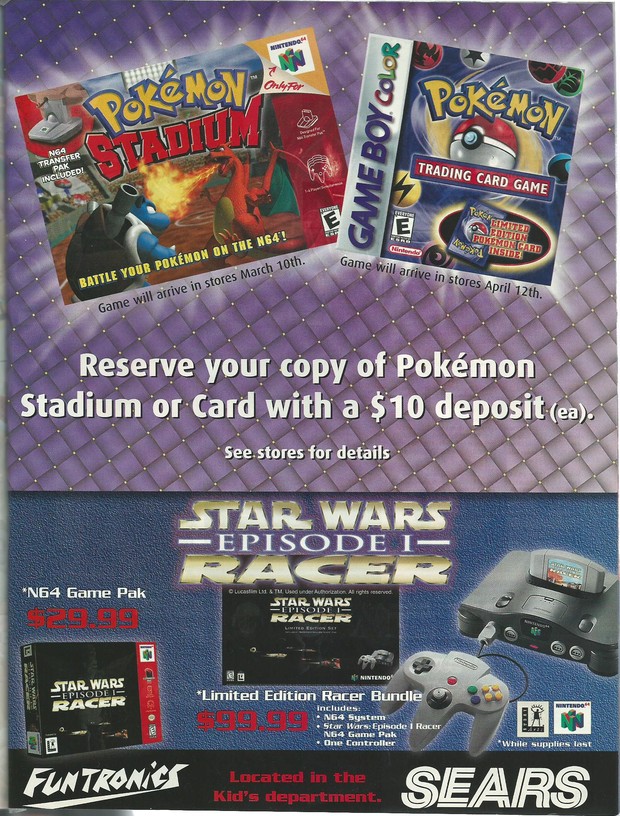 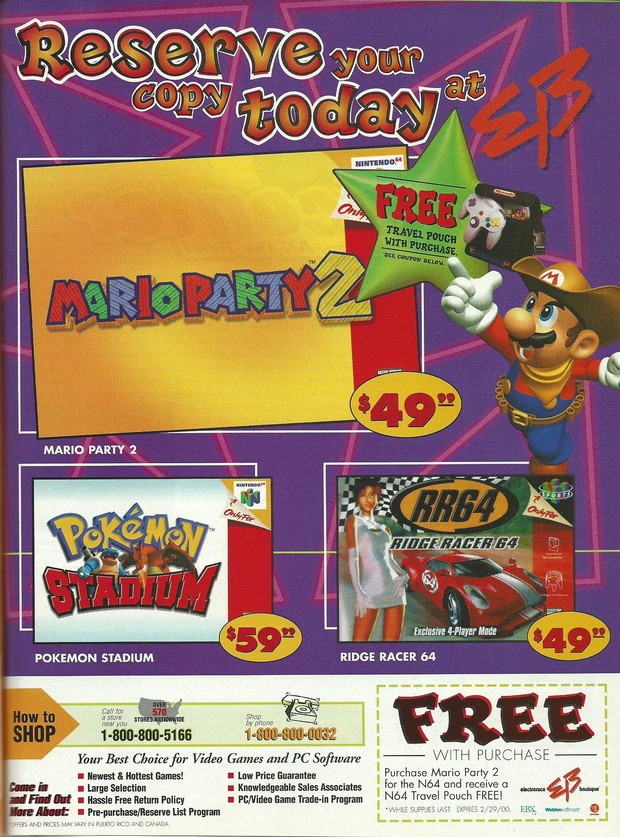 I actually have that travel pouch and even used it a few years ago to take the system up to a cabin in the Smokies. I even brought Mario Party 2 with me. I don't think it's possible to play that game in a group without arguing. 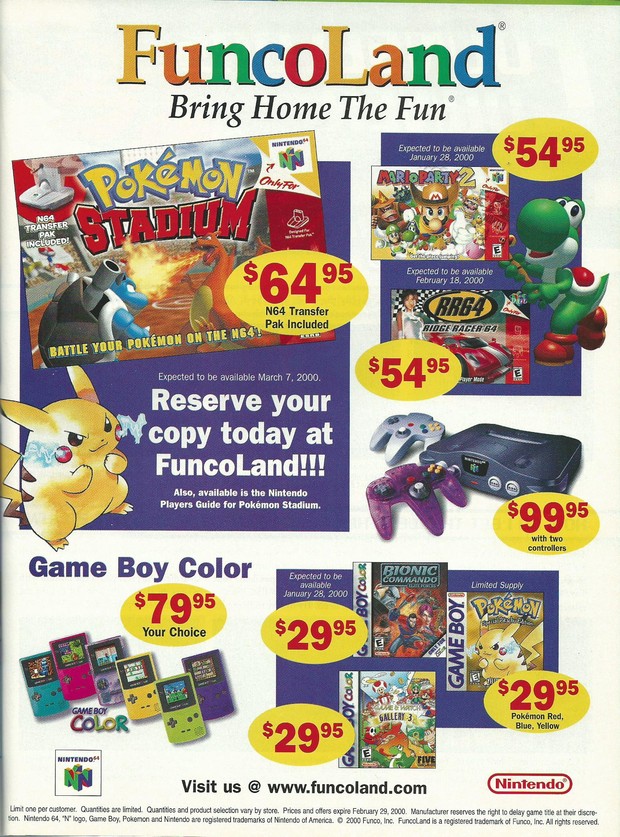 I like looking through prices for old video games. Prices for console games have stayed pretty constant. Handhelds, on the other hand... 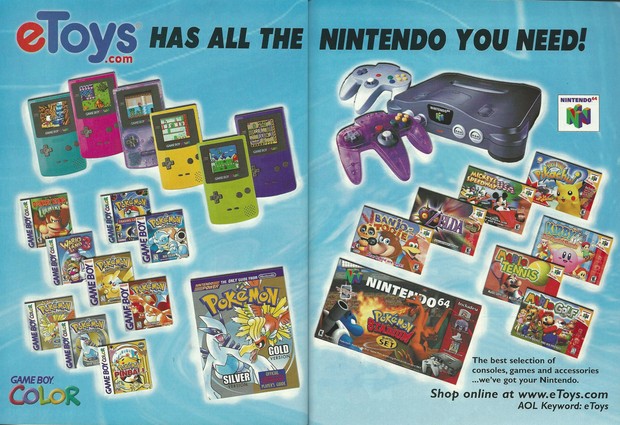 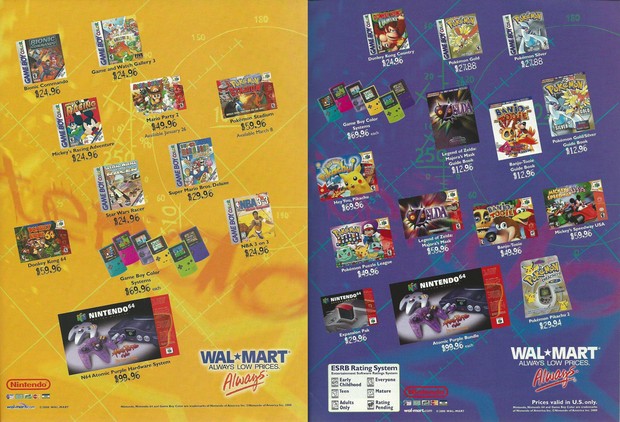 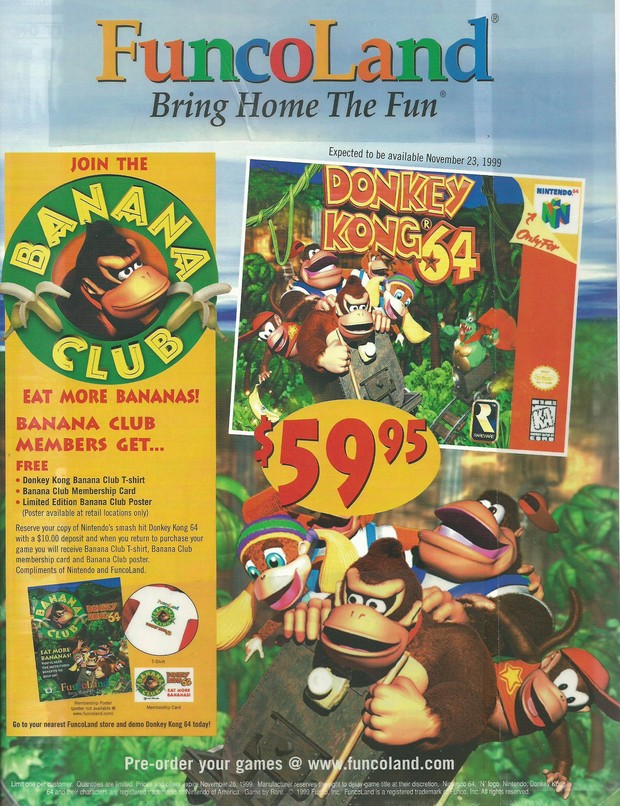 I really want a Banana Club Membership card. Something else for Nintendo to revive.

There's something about that 3D Donkey Kong that creeps me out. Maybe it's the blank eyes. 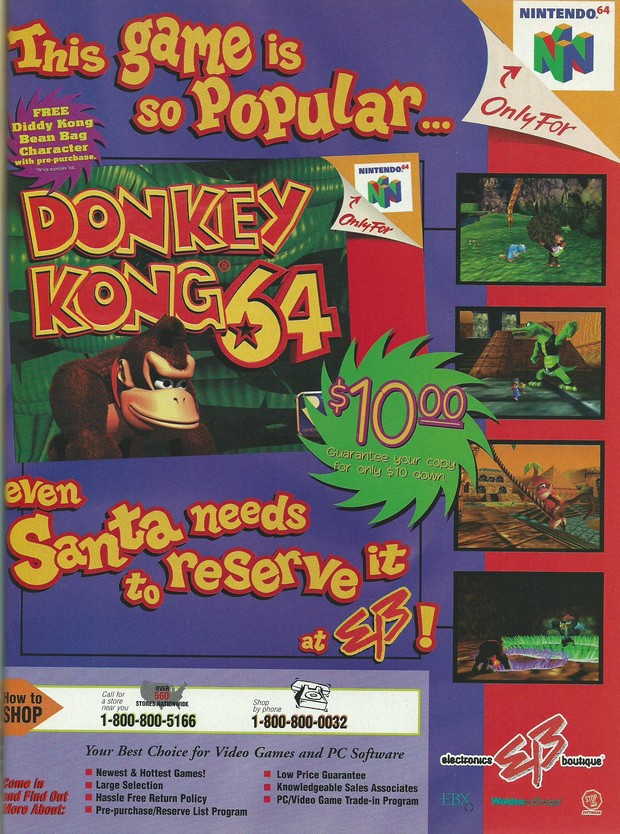 I found a lot of ads for Donkey Kong 64. 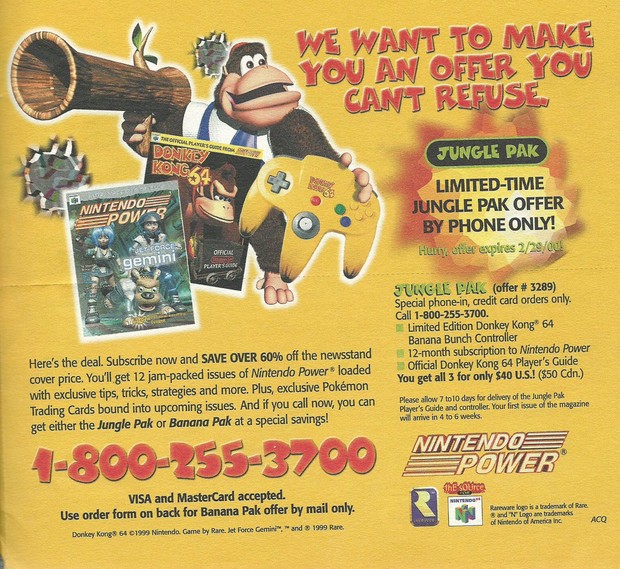 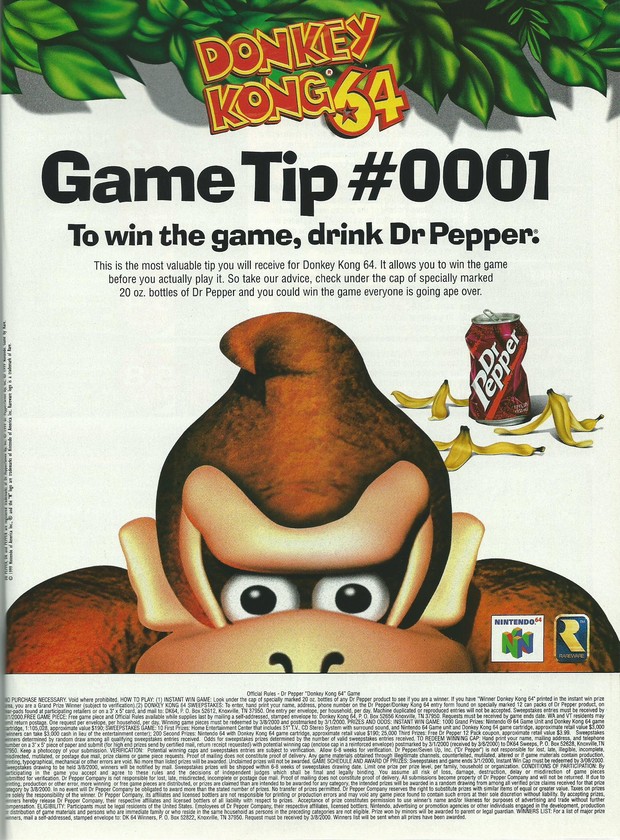 The most important tip. 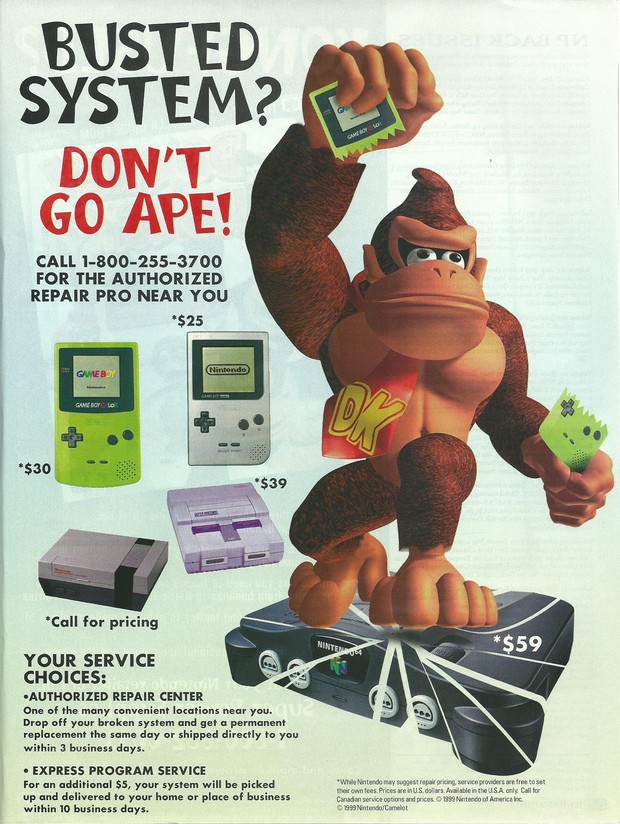 Look at that face. He's got no shame.