A Look at Video Game Ads of the Past: PlayStation

Hello and welcome back to another round of retro game ads. We’ve reached the second half of this series, transitioning into 3D-era games and beyond. Our first stop is the Sony PlayStation, with a range of ads across the mid to late 90s. When I began preparing this series, I didn’t plan on continuing it beyond the GameCube and had no entry planned at all for the PlayStation 2, instead deciding to include a few unique ads in this entry. However, after scanning in over 50 great ads for the PlayStation 2 alone, there will definitely be a dedicated entry for it.

I found most of these ads in comic books of the mid 90s, when many comics transitioned from newspaper stock to glossy stock paper. As a result, many of these ads were clearer and more readable and could be found throughout a comic, instead of being found solely on the opposite sides of covers. Outside of comics, I found some ads in assorted single issues of gaming and comic-related magazines, such as Wizard and Tips & Tricks, as well as some strategy guides. 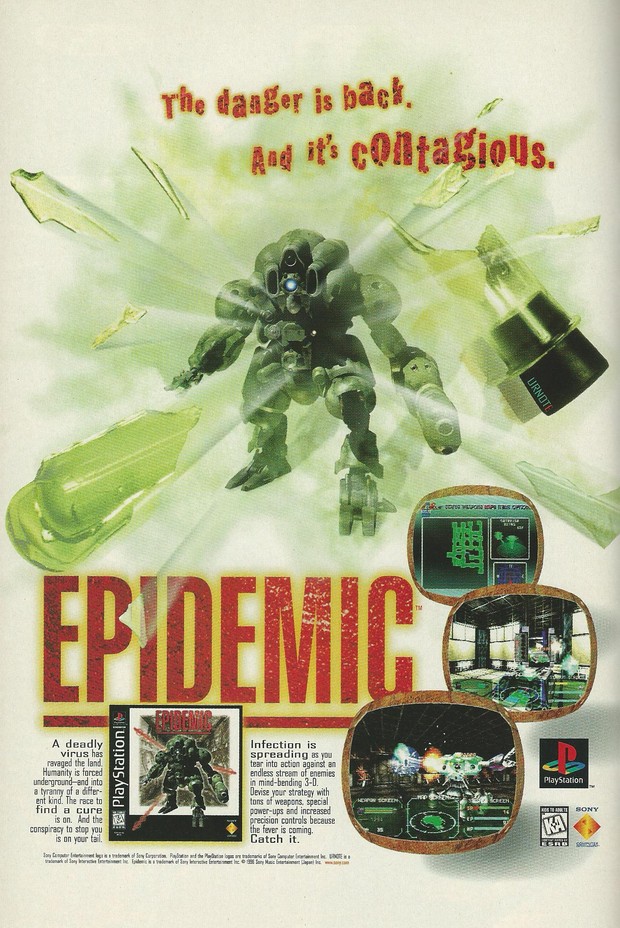 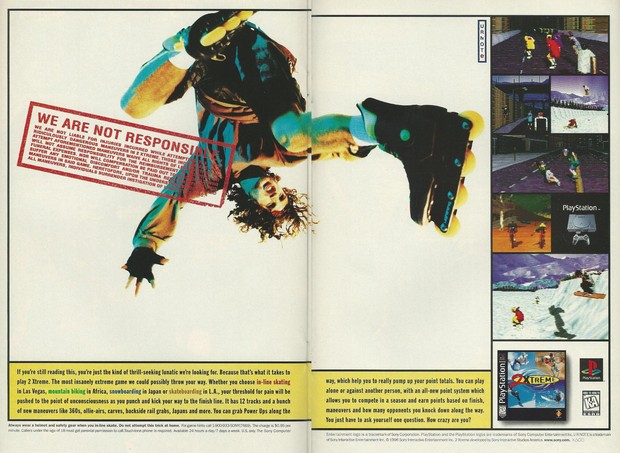 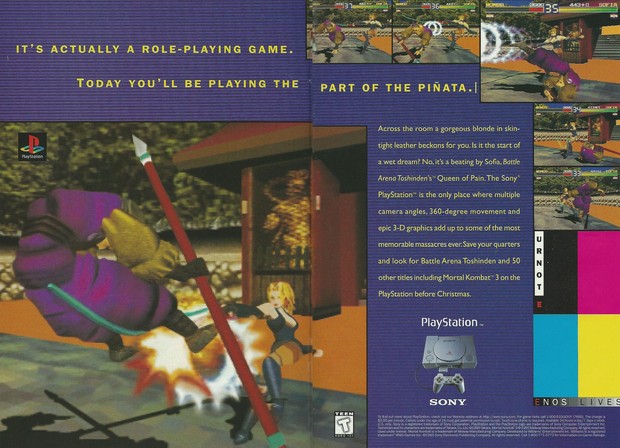 An early 3D fighting game. I've never played it, but I'm sure the collection of screenshots doesn't quite do it justice.

A Contra ad similar to the one for Contra III on SNES. Did anyone here use the 3D glasses with the game? 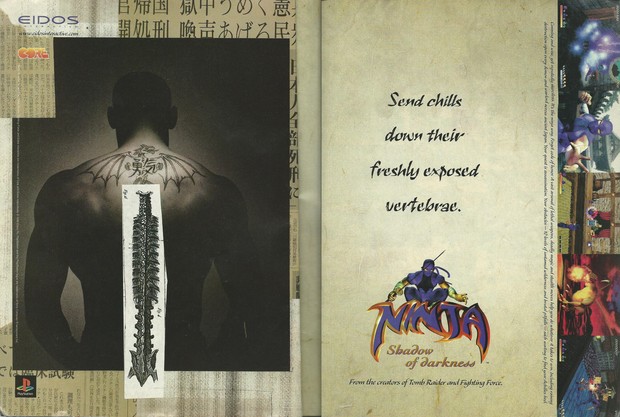 Is there any reason why the screenshots are sideways? 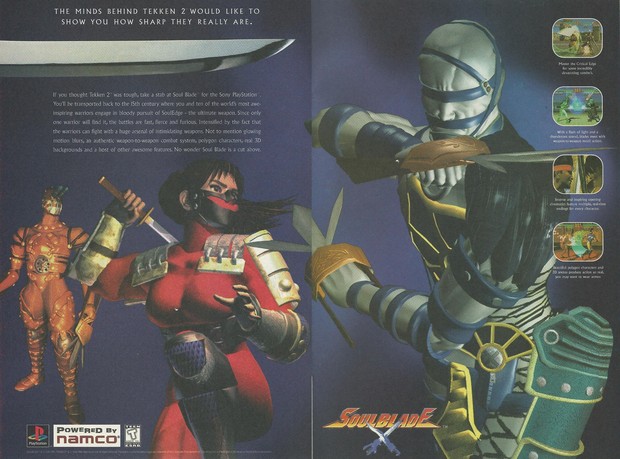 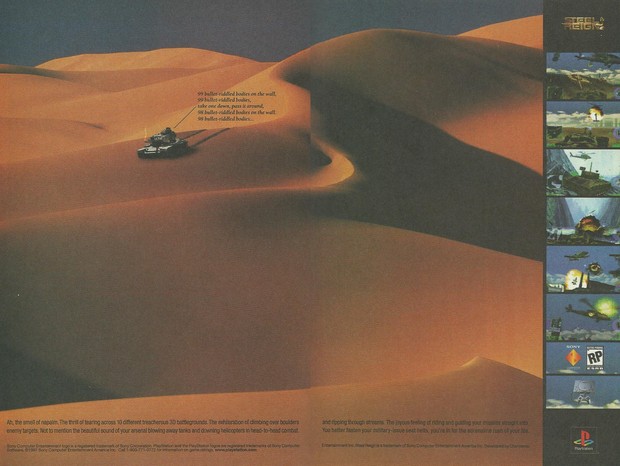 I really liked the simplicity of this ad. There's something slightly unhinged about using the traditional kids' song in a tank shooter that drew my attention. 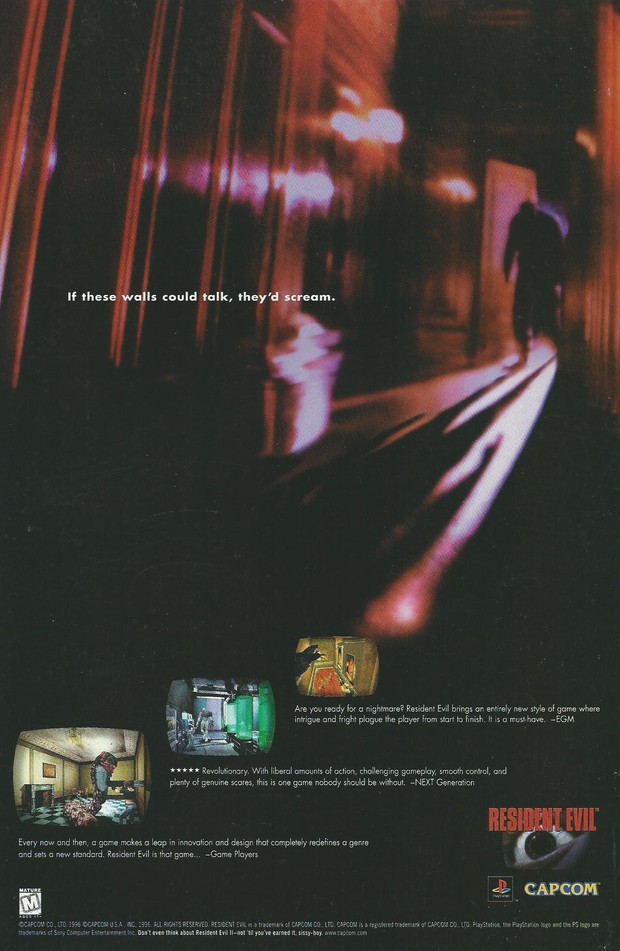 I love this ad, because of the sense of dread it creates. Most of the room is covered in shadows, with the light blurred and shifting. The shadowy figure creates a great focal point, with its details hidden in shadow. With the shape of the room, I don't know if it would be more appropriate to hide in the dark or run down the hallway. All in all, this ad would have really gotten me interested in the game if I had seen it back in the day. 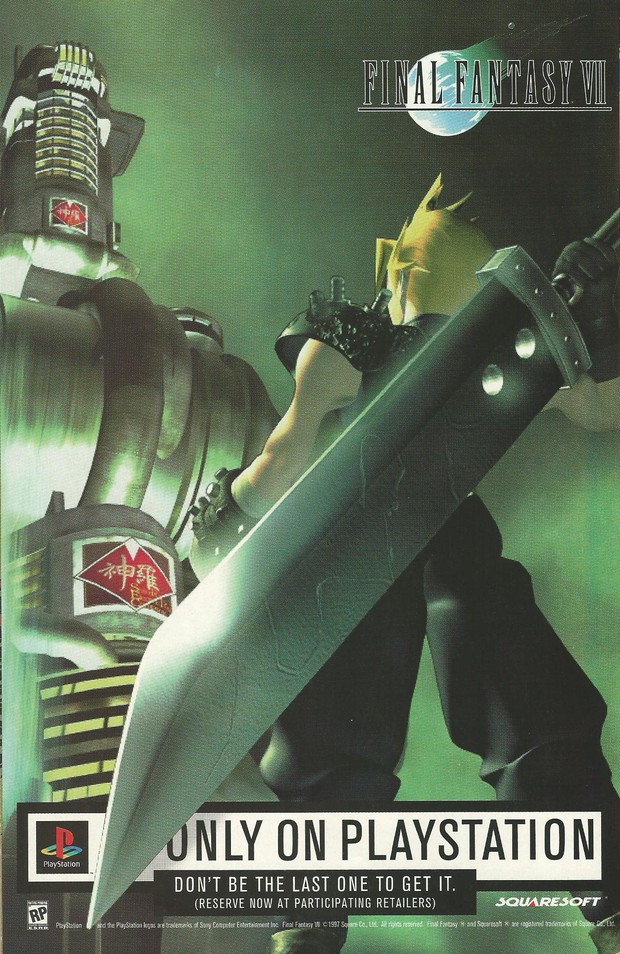 This is a great ad, even if it is the game's cover, more or less. With this kind of ad, there's the assumption that you already know about the game. There's been hype for months or even years as the game's reputation builds. Square knows you know what Final Fantasy VII is; the question is, will you be the last to try it? 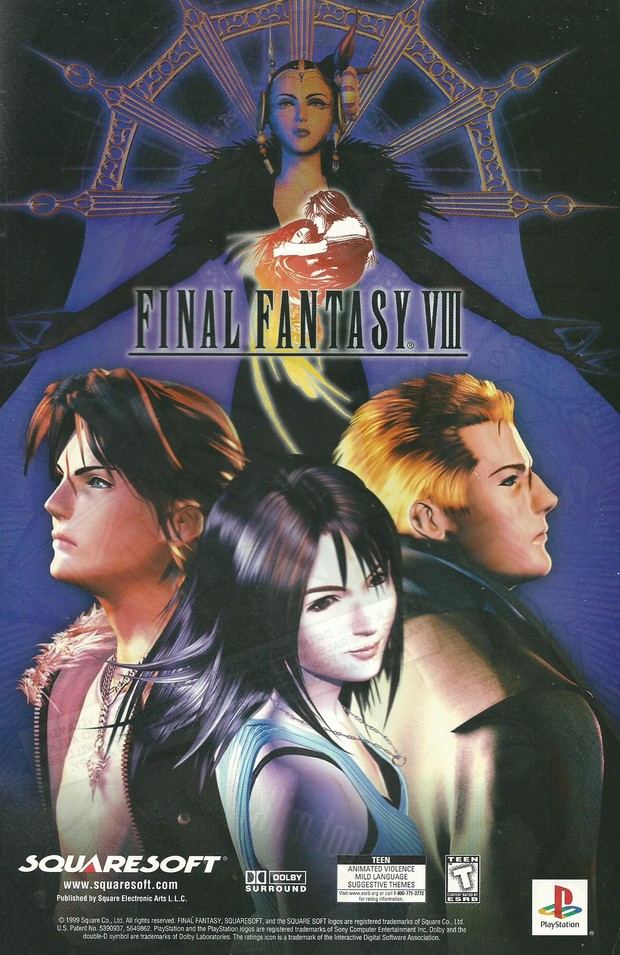 The same deal as the previous ad. In a series as big as Final Fantasy, how much do they need to advertise? 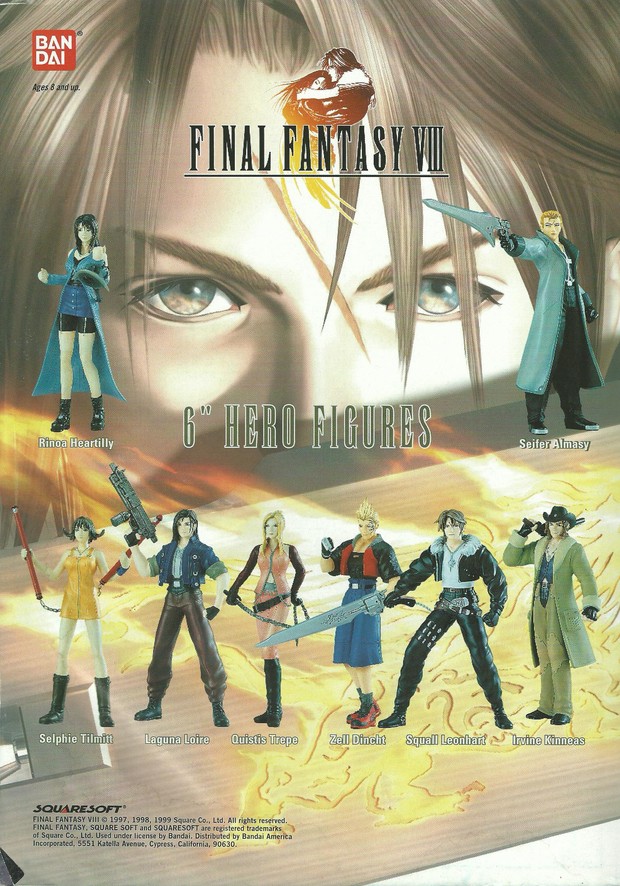 Why do I have the feeling that Japan got something 10x better in terms of merchandise? 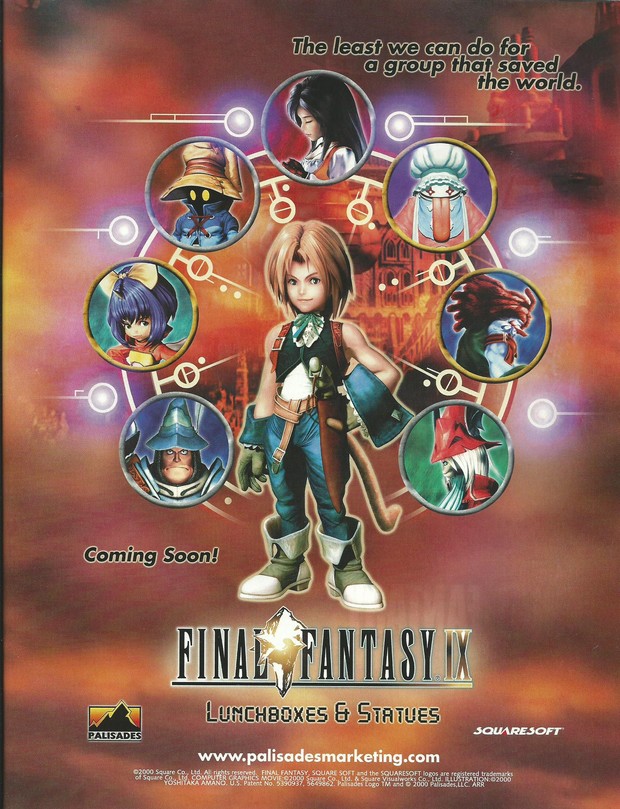 What's the point in saving the world if you don't get a lunchbox out of it? 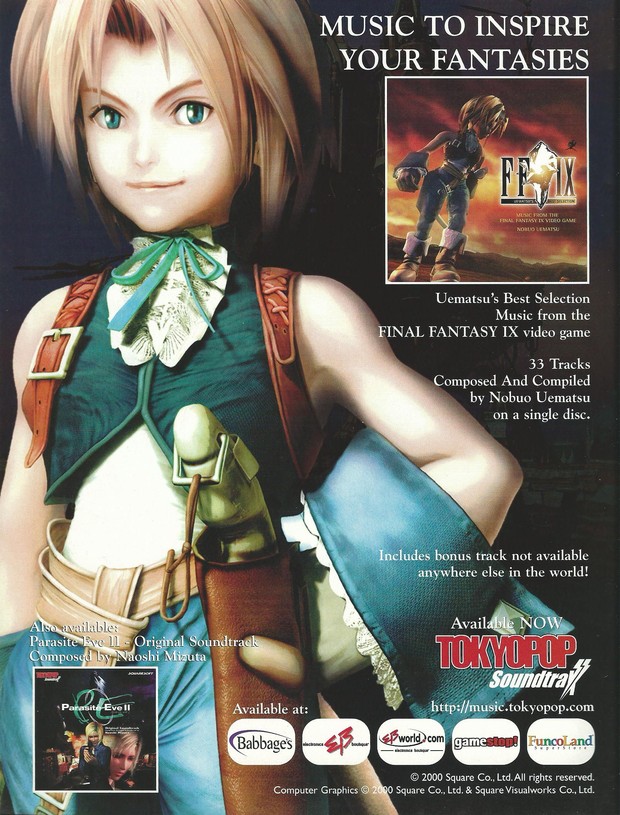 Why do RPGs have the best game music? 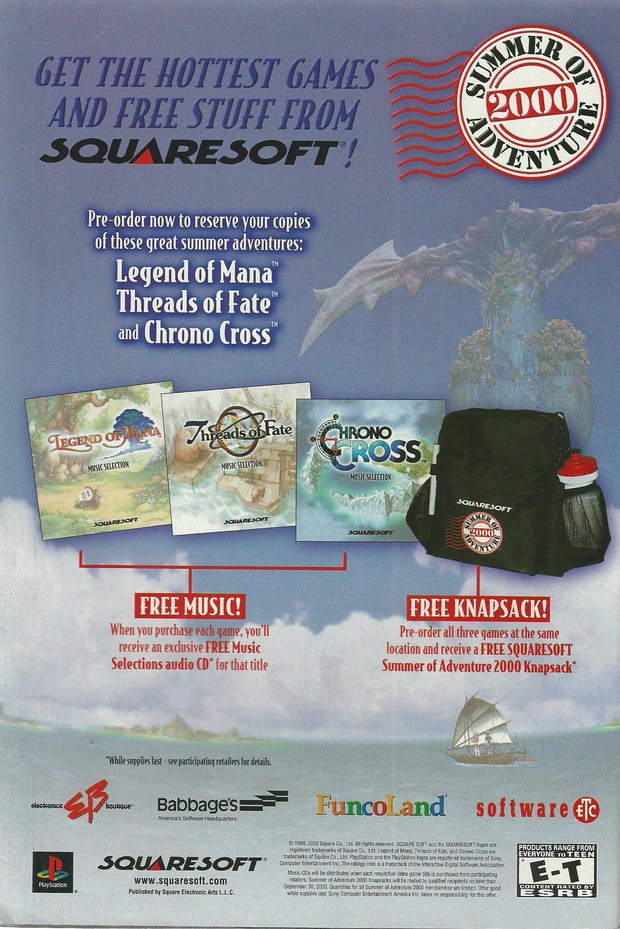 More games seriously need this kind of offer. If I automatically got the soundtracks to select games, that would be an instant buy. 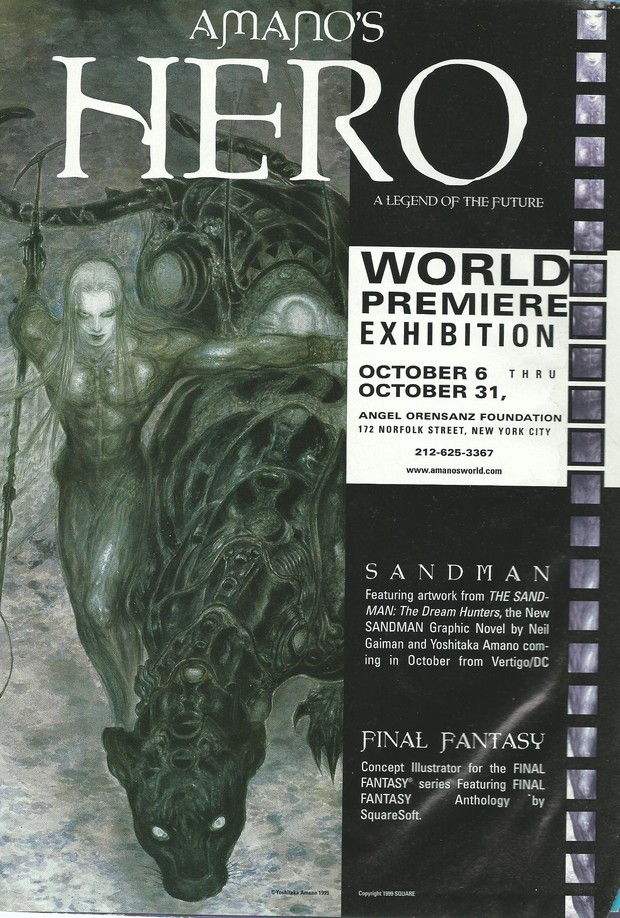 Not entirely game related, but I couldn't pass on Amano artwork. I would love to see some original prints on display in real life. 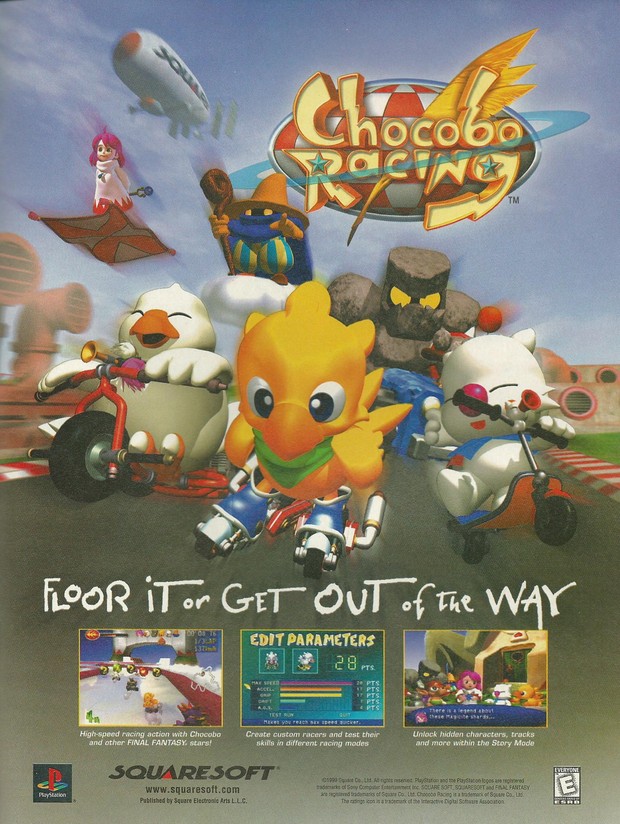 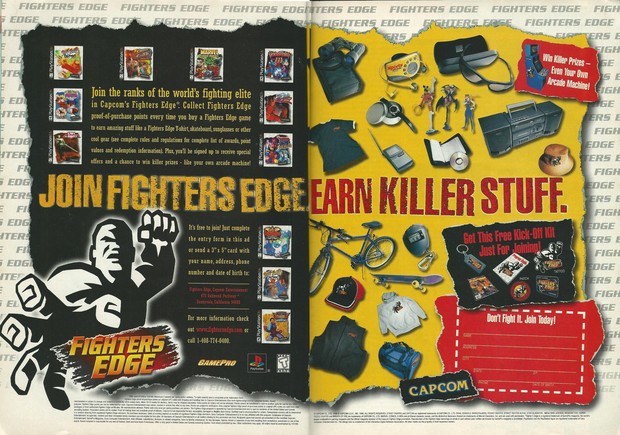 This sounds like a really cool program. I can't believe Capcom put out that many varied fighters in the PS1 era to warrant this type of program. 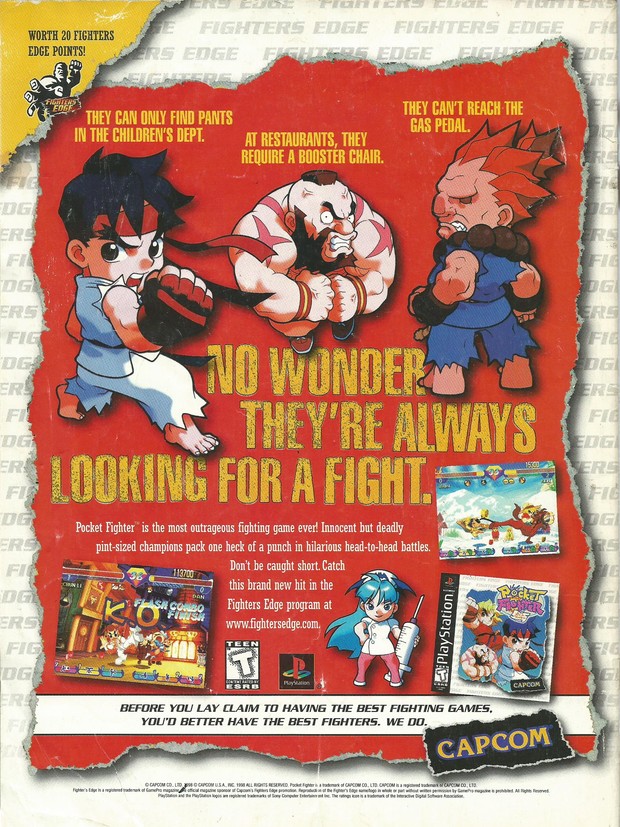 When all else fails, make 'em chibi. 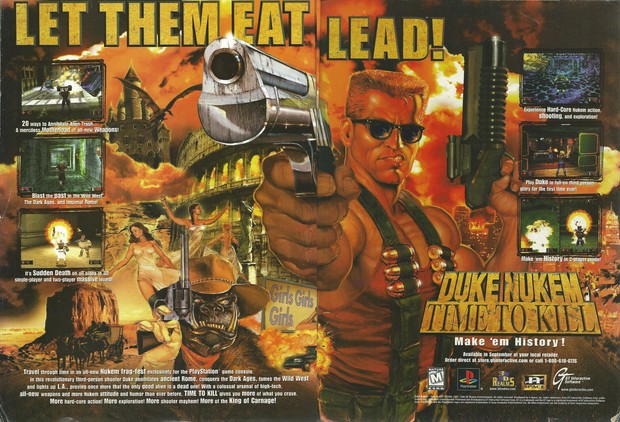 Sorry about the alignment here. I think I broke Duke's fingers. 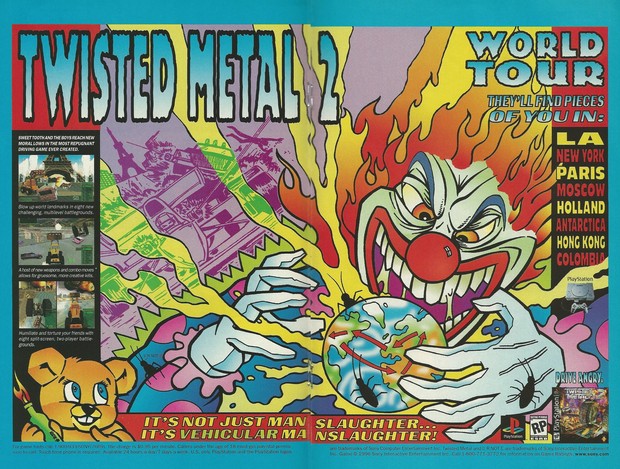 I've never played a Twisted Metal game, but I might, just because of the sweet artwork. This is the kind of unique artwork that really draws you in. 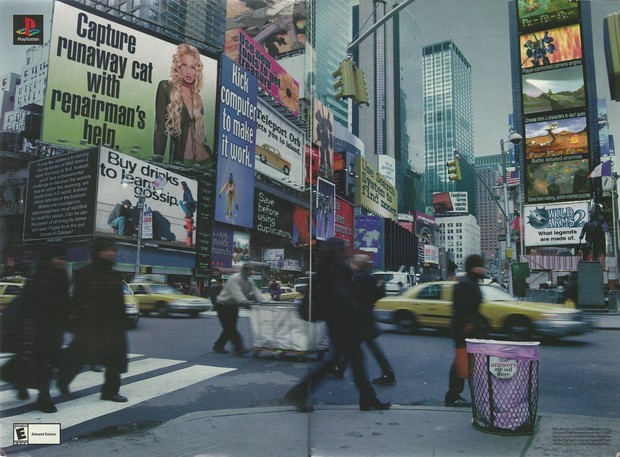 This ad made me laugh, with examples of video game logic imposed on a real world environment looking downright silly. 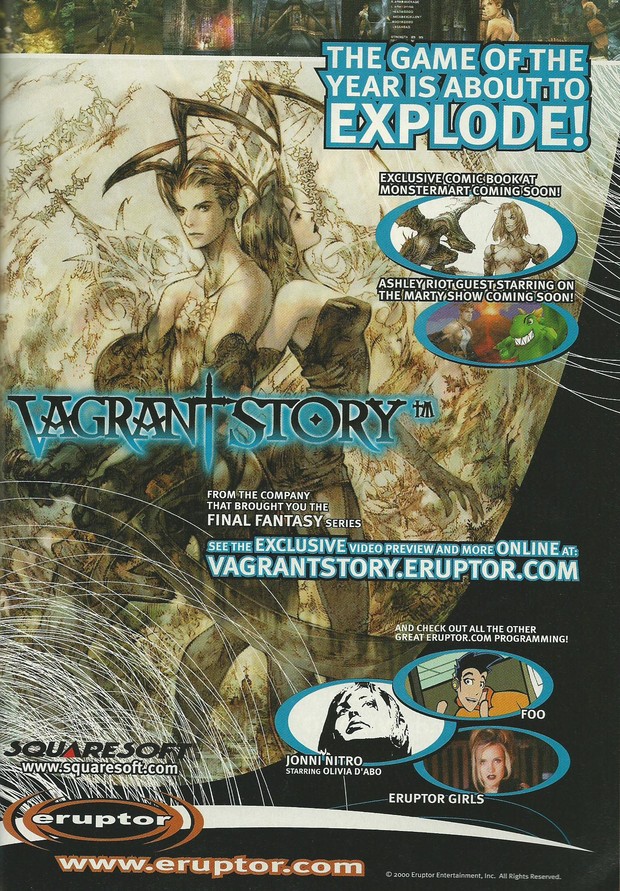 A combined Vagrant Story/website ad. I tried to visit the website, but nothing came up. Does anyone know what the website used to be? 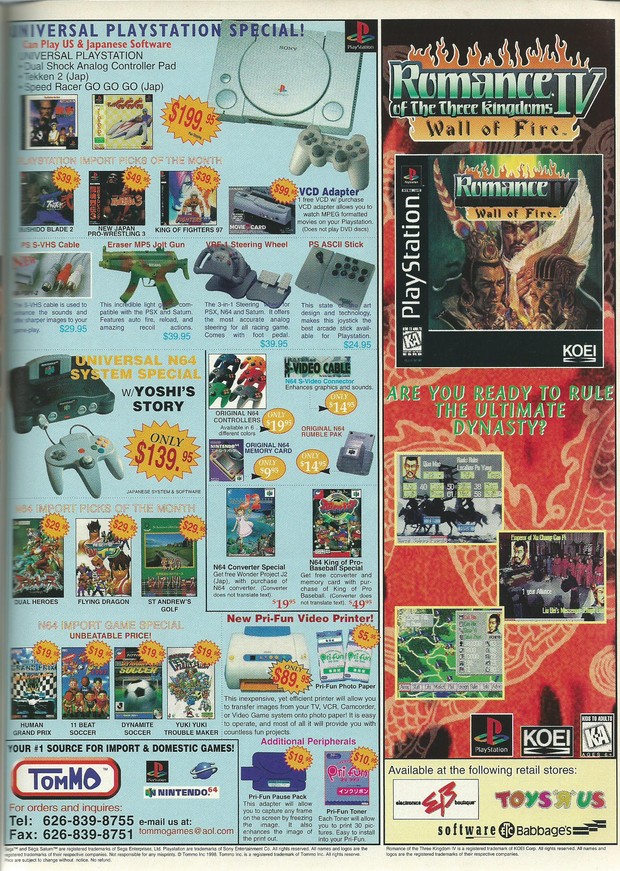 A combined PS1/N64 ad for import releases. What interests me the most is that N64 special with Yoshi's Story. Is that the International version, one of the most valuable N64 games out there?