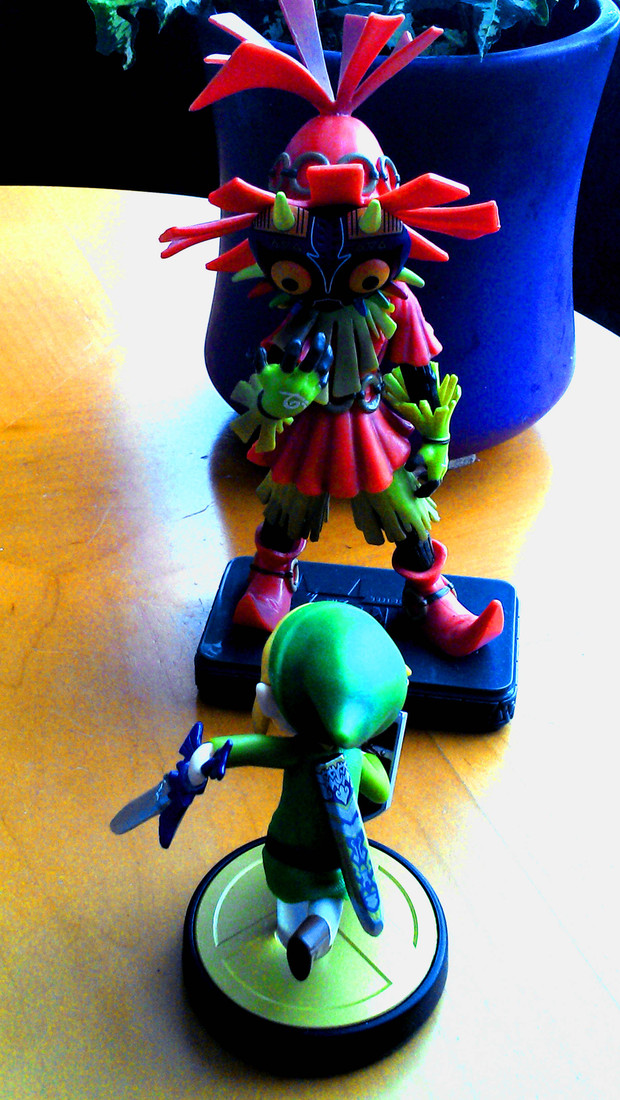 I’ve got a confession to make: I’ve never liked Majora’s Mask. The first time I played it was on a shoddy emulator which kept glitching the hell out, which probably didn’t help matters much. I tried playing it properly when my brother bought me the Gamecube Zelda collection, but found the puzzles too obtuse, the side quests non-intuitive and the whole 3 days to save the world thing left me feeling like I had no time to explore the world. So I did some walkthrough stuff with it, but I just didn’t have the patience, so I just replayed the original Legend of Zelda and Ocarina of Time again because I’m lazy like that. I even tried Zelda II, which I still to this day can’t get into due to the fact it feels like a much inferior game to Faxanadu. 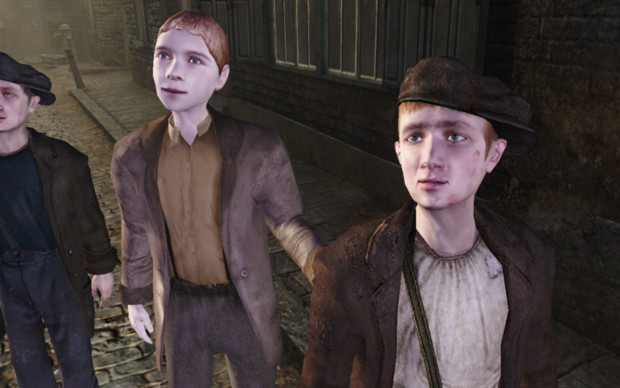 So, play the Song of Double Time to 2015, I get the Majora’s Mask New 3DS XL complete with digital copy of the game and the better than expected Skull Kid statue. Grezzo did such a good job with this game – especially of note being The Bombers Notebook. It feels like a proper quest log now that takes notes of the time of event, but also of where the character in the particular side quest is during that time and lets you set alarms to remind yourself to get back to the quest giver. I love how the Bombers run towards you when they have a hint to tell you too! It feels like I’m Sherlock Holmes getting information from the Baker Street Irregulars. Another real time saver (literally) is they’ve improved the Song of Double Time to allow you to pick how far ahead of time you want to skip rather than just skipping to dawn or the end of the day, so you’re not having to wait around forever to get to a particular part of the day you need to fulfil a quest requirement. I also love how the interface has been designed so if you hit the START button you bring up the Bomber’s Notebook, and the easier to manage inventory management via touch screen that allows you assign items/masks to either buttons or touch screen buttons, and also brings up the ocarina screen so you can play the ocarina without having to pause the game. These may seem like small changes but they have a massive impact on the game and make it a lot less frustrating than it was when I first played it.

I think that time has also played an impact on how I view Majora’s Mask. Playing the game fresh after Ocarina of Time really made it hard for me to like the game at the time because Ocarina did so many things right, and crucially because it done them first. Ocarina was the first 3D Zelda, it was the first one that made Link a time traveller and it had a lot of the traditional elements of the 2D Zelda games that ticked all of my NEStalgia buttons. Majora’s Mask was originally made to be a gaiden – a side story, so straight away you’re divorced from what is familiar. The titular Zelda is in the game for one flashback scene, you’re in a completely new place called Termina rather than Hyrule, there is no Gannon or Master Sword and there’s only four dungeons. These are all familiar complaints that are levelled at Majora’s Mask, but I feel like I’m starting to appreciate the game a lot more. 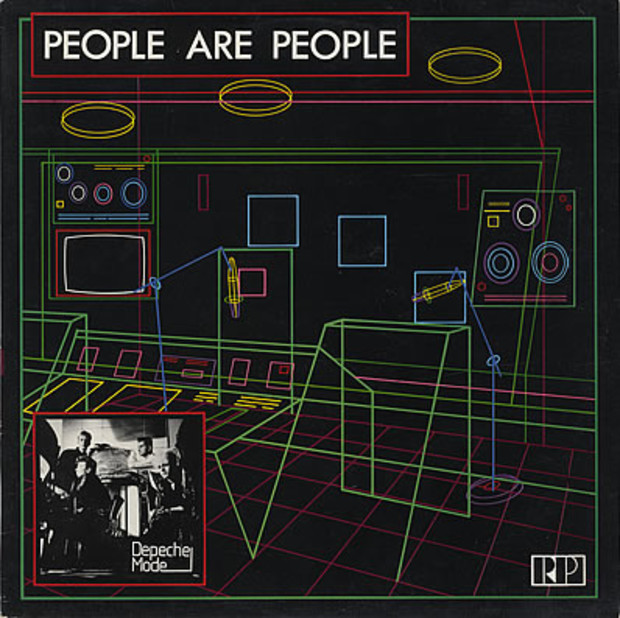 NPCs are people in the Majora’s Mask with problems and lives of their own rather than the static NPCs of Ocarina of Time who for the most part stay in one place until night time when the shops close and the drawbriddge on Castle Town is pulled up. What Majora did right was made fetch quests not feel like fetch quests and made them something you feel genuinely invested in, especially the Anju and Kafei quest which I’m still going through as I type this. I’ve even grown to like the dreaded “3 days to save the world” mechanic I hated at the time. Partly because I was playing the game wrong the first time round, not playing the Song of Inverted Time, and partly because the panicked feeling of impending doom is something I’ve never had in a Zelda game. The closest equivalent I can think of is the escape from the self destructing space station in the beginning of Super Metroid, in which you have to run past marauding space pirates and beat the clock to get out alive. You just didn’t have that sense of urgency with Ocarina – you were either in Child Link’s time period or Adult Link’s time period – the world before Gannon turned it to shit, or the world after that. With Majora’s Mask, the moon is constantly hanging over Termina like a Damocles Sword waiting malevolently to crush Termina and all of its hapless inhabitants.

It’s above all else a game of self transformation and Link putting himself both literally and figuratively in other people’s shoes. He wears the masks of the recently deceased by playing the Song of Healing, helping them pass on to the next world and wears their form to help them achieve in death what they couldn’t in life. He, and by extension we the player are transformed from an epic hero to an everyday one, the micro stories of the villagers of Termina feel as important and as vital as saving the world in a macro scale. But one of the most beautifully tragic things is that every time you go back to the first day everything is reset like Groundhog Day. Although you stopped the old lady in the bomb shop from getting robbed in one timeline, there will always be another where she got robbed, or Anju and Kafei aren’t reunited. I haven’t felt that way about a game since the end of Ocarina of Time in which Zelda returns him to his own time, a time where no-one remembers that Link saved the world, where he is just a boy without a fairy in a town that will never grow up.

Thematically I feel Majora’s Mask is more akin to Alice Through the Looking Glass than Alice’s Adventures in Wonderland. Sure, you’ve got the similarities that you’ve fallen into this strange world peopled with strange people and their problems, but Through the Looking Glass was just weirder and filled with logic and language puzzles. It also shares with Majora’s Mask the feeling of being that difficult second album like Weezer’s Pinkerton, but being deeper, darker and more interesting as a result of it. I’m not sure I could go back to the original game, but I’m glad I bought the 3DS version and gave it the second chance it truly deserved.