Some Things with Nintendo should do with Amiibo

Based on IGN's article reporting that Nintendo Amiibo's will be providing demos for Virtual Console NES and SNES games  I came to wonder one philosophical question...

Look, I'm a huge Nintendo fan and I own every Amiibo that isn't named Marth or Villager and I seriously began to think that this makes little to no sense. Amiibo's cost roughly $12-$15 (if you can actually buy them in store) and a lot more for people having to buy their's off eBay scalpers. Now, one thing about demo's are they are generally, what's the word, FREE, and for Nintendo to essentially say, "hey why don't you buy this figure so you can play a demo" (which ironically costs more into the game) baffles me. In addition, Nintendo also offers demos of games in the game the Amiibo's are generally used for, Super Smash Bros. Wii U.

So, as the good citizen and fan of Nintendo I am here are my four suggestions in what to add for Amiibo features!

My first suggestion is instead of demo's offered with amiibo's how about we offer discounts of game(s) from the amiibo we purchase? So, say that we buy a Kirby and/or Link Amiibo; therefore we get Kirby DreamLand or Legend of Zelda (NES) Virtual Console for $4.99 instead of the full price (or whatever is a lower > 20% than original price). The other idea is if you pack these games with the demos you wanted to give with each amiibo and after the demo ends it offers the player to buy the game at a discounted rate. People want amiibo's and adding discounts to popular and, of course, amazing games while purchasing Amiibo's only seems like a win-win to me. 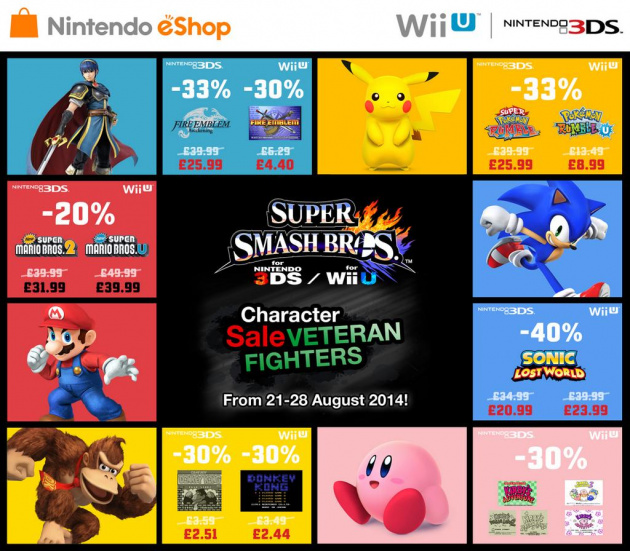 Going back to the discounts on the Virtual Console game, why not a small discount on future titles? I know it isn't very business-savvy but to offer say, buying an Amiibo for a future release (where the integration brings a lot more to the game), why not reward the consumer? For example, you buy/bought an Yoshi Amiibo and find out that Yoshi Wooly World is coming out; so, as per your Wii U reading the NFC figure, it offers you a chance to pre-order the game at $55 digital rather than paying the full $60!

3. Try to bundle them with games/or in series together

Look, we all know there are too many Super Mario characters to bundle into one game, but why not try to have those characters who have a recent release get an amiibo to get bundled with it. I'm not saying throw Kirby and King Dedede into a package of buying Kirby and the Rainbow Curse, but how about buying that game for an extra 8-10 dollars (less than the $12 of an amiibo) someone gets Kirby in the packaging/etc. I would definitely buy more of these games if it was a better chance of me nabbing and amiibo, along with an awesome new first-party game!

4. Have them come to life in the middle when you're not at home

Come on who doesn't like Toy Story, so the least Nintendo can do is make this happen! Also, we totally know that was the entire premise of Super Smash Bros. 64! They are just "dolls" on the kids desk but all of the sudden they start fighting? I'm on to you Nintendo!

Michael Troina plays games for his Twitch Channel EVERYDAY @ Troyfullbuster and his Youtube Channel: SuperNintenbros  that is only if you want to watch awesome and funny gaming videos with full walkthroughs, unboxings, and laughs! You can also find Mike and SNB on Facebook by liking the page! Thanks guys!