My experience with Legacy of Kain: Defiance 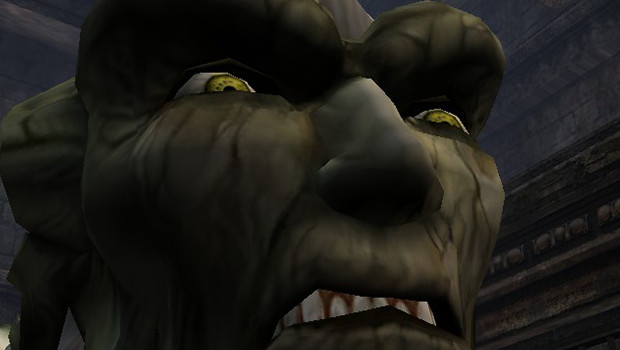 Merry Christmas everyone, or at least you'd think it was, seeing as this is a super late Secret Santa related blog that I probably could've easily written ages ago. It's a task that's been hanging over my head for a while now, and though I admittedly haven't finished the game in question, I do think it's about time that I at least shared my impressions so far.

Cannibal Steven is a clever dude. Instead of assuming that we'd actually have it be a Secret Santa arrangement and buying something early on (which was my approach), he waited until his victim giftee was revealed before he made his choice, allowing him to pick something much more personal. Noting my open enjoyment of the Tomb Raider games, he decided to introduce me to a series of rather similar games in form of the Legacy of Kain Collection.

Getting a sizable collection of games rather than one is obviously pretty exciting, and I am very grateful. That said, figuring out where to start turned out to be really difficult. I knew that blasting through all of them was gonna be too much for me, so I decided to pick one. My first choice was Blood Omen 2: Legacy of Kain, but that one crashed pretty early on, so I decided to go with something else. My second choice, the one that I finally stuck with, was Legacy of Kain: Defiance.

What made my choice of starting point so hard is the fact that this franchise is not exactly straight forward when it comes to the way each title is named. I'd actually argue that it gives Rambo a run for its money in this regard. As you can see, the actual position of the Legacy of Kain title varies from game to game, and the fact that there seems to be two mini-series doesn't help at all. I still have no idea what the core difference between Blood Omen and Soul Reaver is, but I did eventually learn that Defiance is apparently the latests game in the franchise (aside from some MMO thing), so there's plenty for me to be confused about. 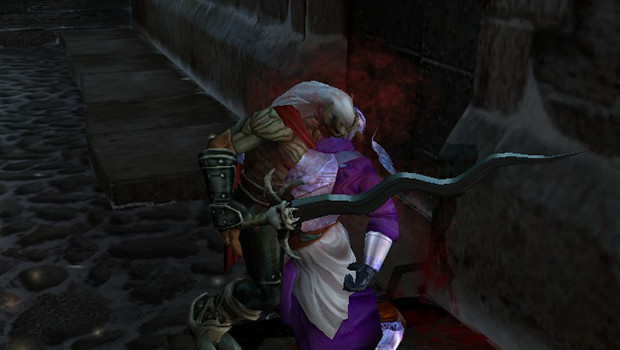 There's this channel on YouTube that tries to explain video game lore in a minute. I checked out their Legacy of Kain video, hoping to get a better understanding of what was going on in the story, but it only vaguely helped. In the comments, people were talking about all the lore that had been left out of the video, which didn't even have time to touch on one of the main playable characters. Regardless, what I did figure out through the game is that the legendary Tony Jay once voiced a giant tentacle monster, which is actually pretty fucking awesome! The Elder God, I believe it was called, and damn if that isn't a title fitting of Mr. Jay himself. 10/10 for the casting, Kane.

When it comes to the gameplay, I've found it pretty enjoyable so far. First thing I did in the game was trying to get used to the controls, and I had to change the controls around a whole lot before that would ever have a chance of happening. There are a lot of functions in this game, and it's not always clear what all of them do, so it's definitely been taking some experimentation.

Defiance has you switching between two characters, Kain and Raziel, who both have their own sets of abilities. Kain is a vampire, but I'm not sure what Raziel is. 'Zombie' seems to be the most fitting term. You use these two to kick some ass, explore some environment and solve a couple puzzles along the way. It's definitely Tomb Raider-esque, if notably more combat heavy, and with a lot less climbing involved. 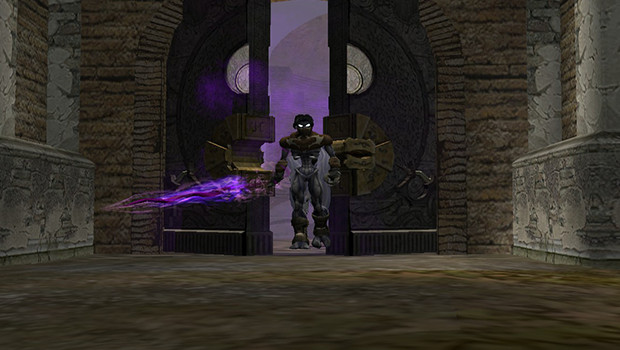 One really cool feature, to me, would be the automatic camera angles. They may not always be that helpful during combat, but I still like them. Full camera control has understandably become a standard over the years, but I wish it was more divisive. I also enjoy stuff like ICO and the early Metal Gear Solids for their perspective, because it makes the games feel more simple and streamlined, which can definitely be a positive. That, and it can be a helpful tool for showing off the environment in the best way possible. Games trying to be 'cinematic' doesn't usually appeal that much to me, but if they do it like that, I certainly can't complain.

The combat in this game is unusual, but I mean that in a good way. You have your regular sword attacks, but then you also have telekinesis, which sends enemies flying. I don't think you ever have to do that, but not doing it would be madness, because it makes everything way more fun. Flinging an enemy into a wall never stops being satisfying, and the fact that you can even do it from a distance is pretty fantastic. Add the finishing moves, where Kain/Raziel sucks out an enemy's blood/soul, and you get a combat system that does a decent job carrying a large portion of the game. It's not like Prince of Persia: The Sands of Time, where combat is clumsily inserted everywhere, despite not having that much to offer. Here, it serves as a nice break from the exploration and platforming, rather than getting in the way of it. 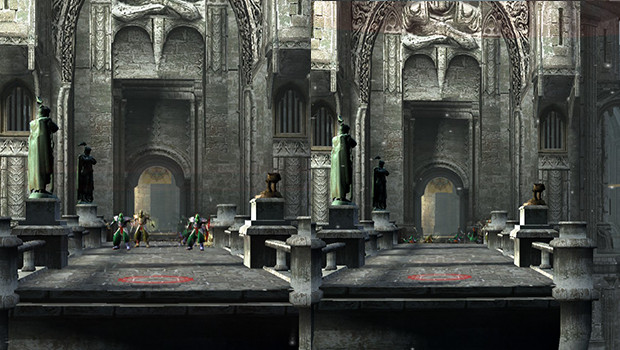 Of course, I also have to mention the environments, which was one of the biggest pleasant surprises to me. They look really, really good. Obviously, there some areas that look very pixelated, but it's more about the art direction than it is the graphical power itself. You get a lot of tunnels and tight spaces that you have to run through, but once it opens up, it shows off some huge, detailed, beautiful areas, suddenly giving you a much better idea of where you are and where you're going. I like that because it makes every area feel very grounded. You know you're in a big place, but you don't really feel it unless you spend a lot of time there, getting to explore every little dirty hole you come across.

Overall, I guess my biggest problem is that a lot of things, even simple functions, are just a bit too tricky to get the hang of. At one point I spent a lot of time with Kain in a tiny room, having nowhere else to go, as I had to light some torches in a particular order using a new power that was pretty difficult to aim. I also still find myself having trouble remembering all about Raziel's realm shifting, and I frequently forget which sword of his that I have to use. As much as I appreciate that the game wants to challenge me, I do wish it would let me get the hang of its mechanics a little easier. 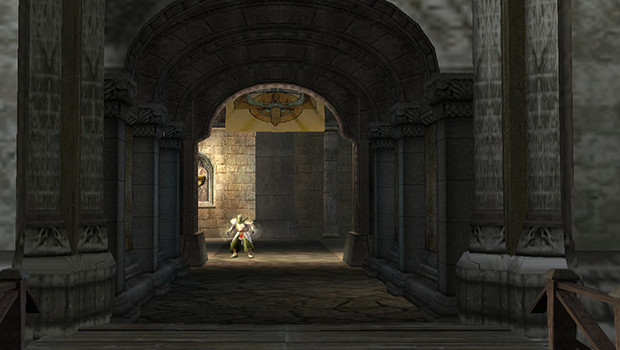 During this piece, I've made a couple of comparisons to other games, but one that sticks with me as being more fitting than any other is Darksiders. Pretty much everything from the character designs, to the mythology, to the silly little glide that you can do, it all pretty much fits. More specifically, I'd say that it is to Tomb Raider what Darksiders is to Zelda. I think that sums it up pretty decently.

Before I end this, I'd like to pont out how weird Raziel looks. He might be a hideous zombie-like creature, but I gotta say, he's got some really good hair! I can't help but imagine him in his apartment, spending hours in front of the mirror each morning before going "Bleh, doesn't get better than this, time to slay some demons and vampire hunters and whatever else I come across".

Do I recommend this game, then? Well, yeah, for the same reason I'd recommend Darksiders. It's just a fun third person action game that may not be that original, but which certainly manages to scratch that particular itch. I'm definitely going to play it to completion, and chances are I'll probably check the other games out as well.