game, what are you doing to me?

Too much nvg-related activity made me neglect the c-blogs for some time now: new line of work, new year, next-gen. My motivation to write during my sparse spare time had reached a spectacular low. Approximately a week ago two isolated events triggered my desire to share something:
Firstly I came across some nasty videos about an old lady hoarding dead cats (provided by the merry band of Dtoid's very own Forumites) and secondly: I experienced a relapse into carving; I started to play Monster Hunter 4 Ultimate.

At a first glance these events don't seem to have anything in common but let me elaborate a tiny bit on the connection between carving monsters and a fridge full of decomposing kittens...I am sure that provides an interesting read for almost everybody.

CONFESSIONS OF AN IN-GAME HOARDER
Anyway, I consider playing videogames to be a great opportunity for introspection and observation of group dynamics, you can watch yourself and others act in all kinds of hypothetical settings and situations. It allows me to watch myself from a greater distance.
I always wondered why games are not even more widely used in a therapeutic context.

"Hoarding is a general term for a behavior that leads people or animal to accumulate food or other items during periods of scarcity. Some hoarding in humans may be a form of an anxiety disorder such as obsessive-compulsive disorder (OCD), where the perceived importance of the hoarded items far exceeds their true value. Humans may lose the desire to throw away unneeded items because of a feeling of attachment to these items."

A lot of us here are collectors of some sort...rare gems, obscure japanese niche-games, cheesy yet overpriced figurines and whatnot.
Although I have the sturdy build of a mighty hunter I am more of a gatherer myself as well.
Countless unused systems gather dust somewhere in the deep space that is my flat. Right next to my collection of graphic novels and vintage medicine books (so super-dandy).
And as many others I am obsessed with loot. Whenever I play games like Diablo or Borderlands I usually spend more time assessing, organizing and selling weapons than with actual gameplay. My inventories usually look like the ninth circle of hell. Attempts of putting things in order tend to result in adding yet another level of complexity to an already convoluted system of disorganisation.
Obsessing over loot is what prevents me from enjoying certain games, let alone finishing them…having entered a loop of getting ready …forever.

In item- and grind-heavy RPGs or any sort of game where you can spend skill points or items to strengthen your character I save all those elixirs, armor, points, whatever…for later, for when I  have a greater insight into what character traits are likely to become more significant than others (I have got this system and it makes perfect sense, thank you very much) - only to notice that there is no “later”. The game long forgotten, skill points still unspent, the once shiny armor rusty and mucus-ridden. A behaviour that makes progress in games harder than it has to be. I am 13 hours into MH4. I have slaughtered Great Jaggi after Great Jaggi and still I am not sure if is wise to get me the Jaggi-Armor-set. My fridge is full.

I come from a family background of  unobtrusive or lets say functioning hoarders. My mother being great at creating unspeakable chaos in a relatively short amount of time, my father collecting all kind of  things and gradually building his own private empire of clutter, paintings and second hand trinkets. In his flat the walls show only sporadically that they once have been innocent and white and pure. We had fights over dust covered nests made of dry spaghetti.

In real life I try my best to deal with signs of my chaotic heritage as soon as they arise. Every picture on my own four walls is a result of hard and painful inner struggle. So neurosis strikes again. Yay.
I love my father and I appreciate his artistic approach to life but when you have to live inside an outsider-art-artwork it becomes exhausting sooner or later.

I know that I am somewhat inclined to develop similar behaviour-patterns and I struggle against that on a daily basis.

BUT IN GAMES!
In games I let my hoarder urges take over. I collect potions like mad only to not use them. And when I use them eventually I experience every sip of that life-giving brew as a kind of personal defeat. Because I’ll need that very potion desperately later on in the game for sure.Without it my future is clearly at a high risk of becoming a tale of pain and sorrow.
Items exist to be collected, to be saved from consumption and to behold them with wonder. Not to…use...them.

I find it rather interesting that game developers more often than not implement some kind of restriction to their inventory systems. Sometimes your movement tempo is reduced to a crawl whenever the last slot gets filled with some more junk or the quick-travel-options are out of order all of a sudden. Too much stuff literally slows you down. The storage space available might be incredibly small to be begin with, resources slowly decay over time or atrocities of similar cruelty.
Those games offer worlds and identities of wonder but have to hinder me in my gathering joys?
I don't get it.
The only horror I experience when I play survival horror games has always been the lack of space for my travel necessities. Oh, the horror! the horror! 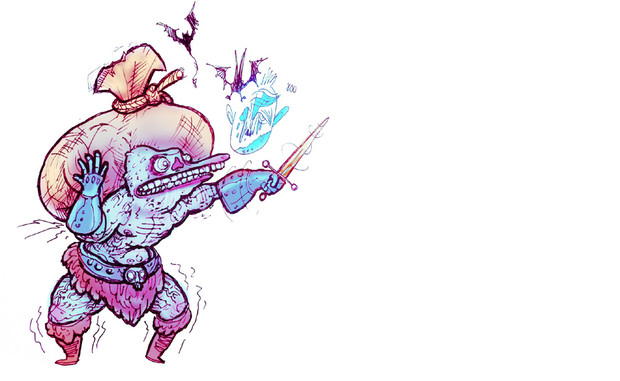 I even had an intervention once…when the 1.2. update for Terraria (on PS3) killed my save-files. I really tried to get into the game again but the abyss stared back and oogly boogly...too much for my weak nerves. Which is a real tragedy, because Terraria is the perfect game for the everyday - hoarder: you accumulate resources you'll possibly never use…or at least not to the extent which the time and work you invested would insinuate. 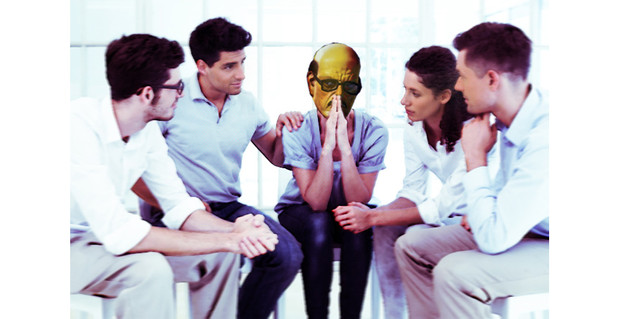 FEEL THE PAIN! here:
"The Terraria team has just unleashed its 1.2 update for the PS3, Vita and 360 platforms"

Every single one of my many bank-worlds had been affected, nothing had been spared. In order to make things work again I likely would have had to delete and re-install the game, since the corruption (lol) spread to new save-files as well. I'll never know because that process would make my loss a final one. I avoid it.
I am through with that game. The shock simply was too much for me to handle.
Alas! This intervention did not cure me completely, my inventories are still swollen with shiny treasures but concerning my anxiety and my fear of using and losing, things seem to have gotten better...a bit at least. I am much faster at selling stuff now. Hooray.
And I make backups.

Where did I start off now? Monster Hunter…I spent about 200 hours in MH3 (hardcore-hunters are allowed to pityingly smirk at me now) in a relatively short amount of time. I felt relieved when I finally felt strong enough to stop all that binge-playing. Now I got me MH4 and my hemorrhoids begin to grasp the concept of gravity. Handheld gaming and toilets are a combination made in hell.
Anyway, I entered the vicious circle of looting and self-improvement via items again. I gather resources without ever using them.
My inventory is filling up again, slowly but steadily...with a bunch of dead kitten. 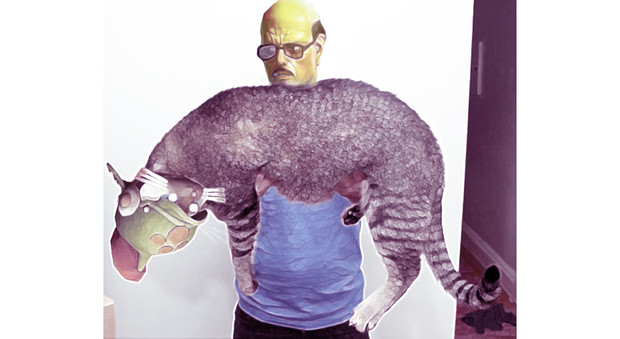 Perhaps it is time for another intervention