9 inspirational true life stories on this week's episode of Destructoid 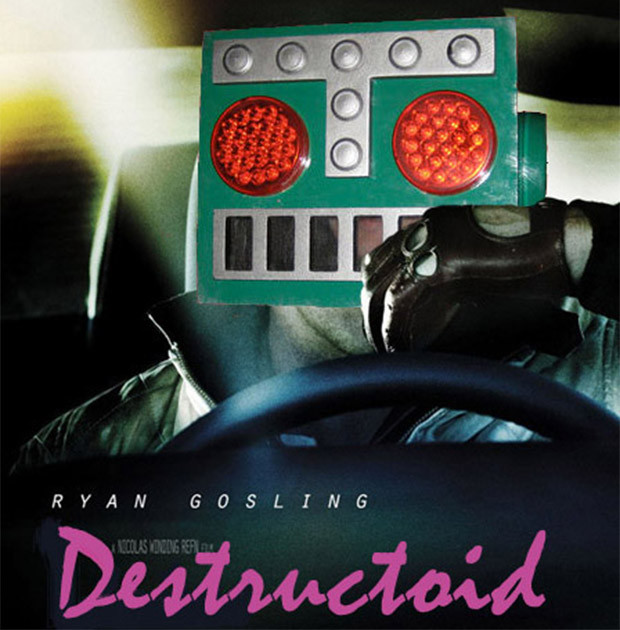 The ninth year of Destructoid has dawned, and we've been asked to honor the nine Dtoiders who have inspired us. This is no easy task for me, Dtoid has been an inspiring presence in my life for more than half a decade now, but I'll give it a shot.

This list is in no particular order, and because I'm awkard and a Canadian, I feel like I have to say that just because you didn't get a mention doesn't mean I don't love you.

All of my recap super-pals -

Yeah, fuck it, I'm gonna cheat. I have more bullets in my love-gun than I can pump into just 9 targets. I gotta spread that sexy damage around.

Big shout-outs to every single recapper I've worked with; the awesome people who are still hitting it every single day, and all the legends who have come and gone. I've said it before, but the recaps are far more work than most people would imagine, and the sheer glut of time the team dedicates to keeping the community up to speed and ensuring that no blog goes completely without mention deserves notice. The fact that they've been taking on MORE work lately with monthly recap round-ups and even more community involvement is astounding. GAME RECOGNIZE GAME.

The recap team inspired me to become more active with the community. Covering the Tuesday caps for three years kept me honest, forcing me to keep up with what was going on with the community and constantly thinking about what I could write in my Wrenchisms. I always wanted to live up to what the rest of the team was doing or had done before and that fire kept me going even when I felt like being a lazy bag of shit.

Beyamor, Smurf, Shade, Pixie, Dreamweaver, Script, SQUIDMAN, Scissors, Silverdragon, Dustin, and many, MANY others. You're all awesome people! The community would not be the same without the recap team.

Knutaf is one of the most genuinely kind, earnest, and interesting dudes I've ever had the pleasure of knowing. He commented on my very first blogs with his usual mix of enthusiasm and gentle constructive criticism. Without his encouragement and suggestions I'm not sure I would have kept writing. I know it's super sappy, but I owe a debt of gratitude to Knutaf that he probably doesn't even realize.

It's been a blast to watch his stream slowly grow into a quiet, cool, success of its own. Knut streams are what I've always wanted from streams. No gigantic meltdowns or shouting for the camera, just very chill, very fun, very knowledgeable commentary over some of the hardest games around. His excitement at discovering you could “run” up ladders in Dark Souls 2 is still one of my favorite moments captured on camera.

Corduroy Turtle is one of my favorite writers on the site. Also, one of my favorite people. A consistently funny guy who pens what is hands-down my favorite long-term feature on the C-Blogs (the amazing Play it/Avoid It series) and hosts my favorite community podcast, the Secret Moonbase. The dude is a wrecking machine who deserves more recognition.

Also, the dude loves all the same games and stuff I do. Max Payne, Isaac, Venture Bros, he's a man of discerning taste! On the roster of Dtoiders I'd love to hang out and get sloppy drunk with one day, he's at the top of the list.

Yeah, more cheating. I'm cramming Stevil and Machina together because they occupy the same brain-space for me – incredibly talented former bloggers who inspired me to write better. If you are a fledgling C-blogger trying to up your game, do yourself a favor and crack into their backlog, they are filled from tip-to-toe with imaginative, well-written blogs. There is a good reason why they have both been promoted to the FP so many times.

While AwesomeExMachina seems to have moved on entirely, Stevil is still quite active on the forums and his recent surprise C-blog put a flutter in my heart (and something unmentionable in my pants). Hope to see more writing from him soon, quality words are always appreciated.

What can I say about my friend Strider? We joined the recap team at the same time, worked on frustrating mega-projects like the year-end recap round up, and tore the galaxy a new asshole together in Mass Effect 3. He's a fucking champ and I'm glad to know him.

You want to talk about Dtoiders that inspire? What Strider has done in the past few months is astounding. He has fucking STEPPED UP, getting the recap team in tip-top form, spearheading new projects, keeping the Fapcast good and slimy, and his recent PROMOTION to the community team where he's doing EVEN MORE WORK for the community just caps it off! Strider is a great community member and a great friend, and we're lucky to have him.

Our profane, weird, secretly a big-softie, uncle. Phil (or Mike, whatever) has been one of my favorite Dtoiders since forever. Unlike most of us juvenile layabouts, Mike has actual responsibilities in his life, but that has never once stopped him from being here for the site. A moderator, community playdate manager, and all around awesome person with a generous spirit. If that isn't inspiring, I don't know what is.

Fuck you Phil, I love you.

Another recap bro, I can't tell you how excited I was when Ben was brought on as a official Dtoid writer. He is the man behind several of the best C-blogs ever written for the site and his Friday recaps were a constant delight for years.

One of the things I love about bbain is that you get the sense he is an incredibly fun and kind from his writing. While I don't mind the occasional snarky blog or parody piece, it's always nice to read something from someone who actually LOVES videgogames now and then! In what can sometimes be a very negative and cynical industry, bbain provides regular lovely reminders that it is okay to take off your armor, put the knives down, and ENJOY a fucking videogame.

As a man who loves housecoats and his own penis, I've always felt a kinship with Andy. That man has his priorities right.

Do I really need to list all the reasons why Andy is an inspiring, amazing, Dtoider? He is hands down the best community manager you could ask for and the spirit animal of the site. Straight up, Dtoid would not be Dtoid without the special zest Andy has brought to it (the zest is his... nevermind).

Occams has a beautiful mind. He is a constant font of the wonderful, the terrible, and the brain-jarring intersection of the two. An encyclopedic knowledge of horror movies and comic books mixed with the soul of a poet has produced something strange and unworldly with Occams, and I'm grateful that we all get a chance to sample it. Occams is proof that you can go as strange and obscure with your humor as you feel like, as long as it comes from an honest place, someone out there will get it.