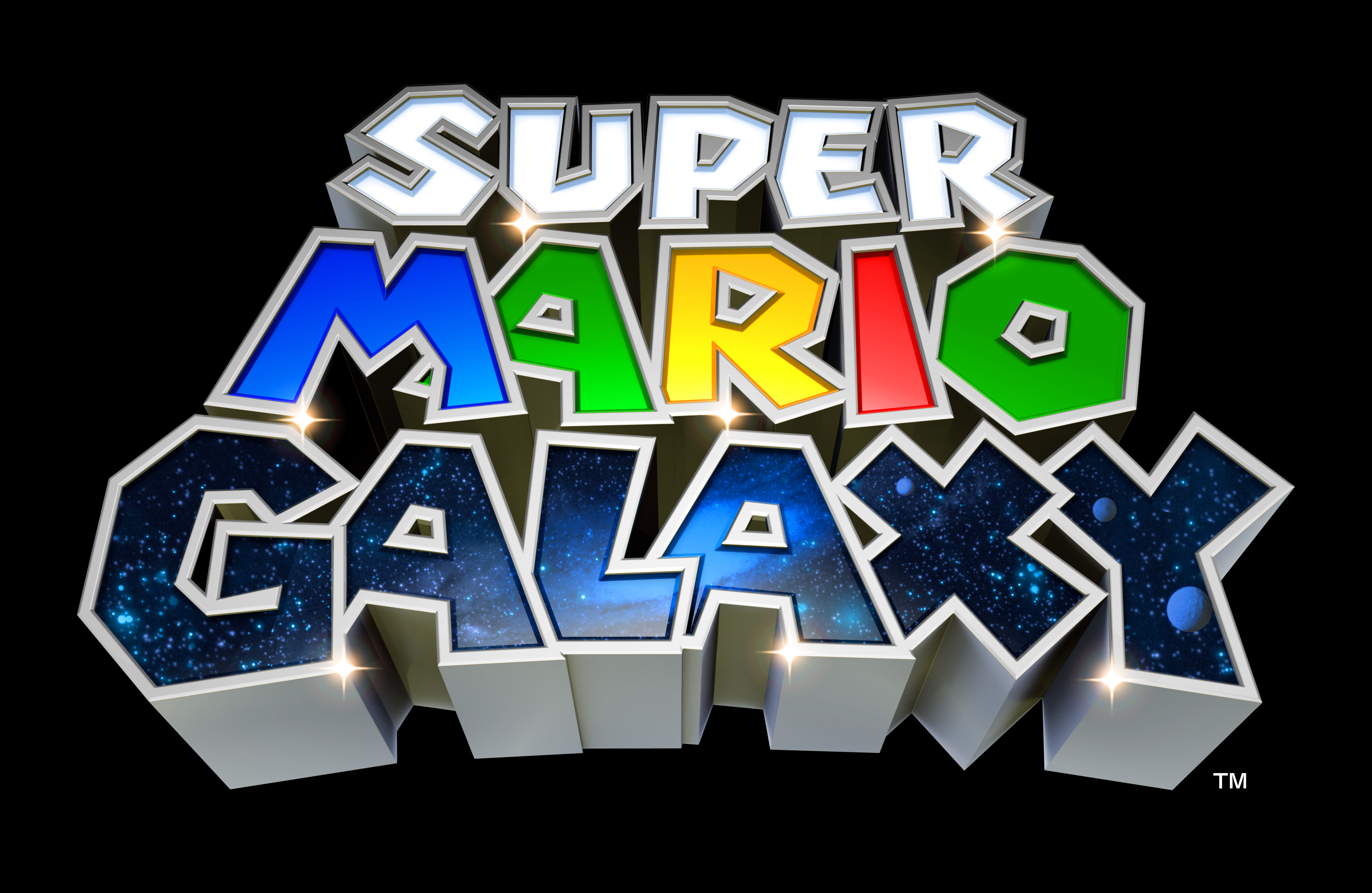 "What's your favorite game of all time?" That may sound like a simple question, but it's anything but. Chances are good that some people wouldn't be able to answer the question on the spot, and those who do probably wouln't give the same exact answer. Some people might say The Legend of Zelda: Ocarina of Time or Half-Life 2, or they might pick something completely out of left field like a Dynasty Warriors game or Pac-Man. Heck, I had a friend in high school who said his favorite game of all time was Jet Force Gemini, a.k.a. that one time Rare said "hey, let's make a third person shooter where you kill space bugs, save knock-off Ewoks, and can play as a cybernetic dog that can temporarily fly in the air". Because video games.

The second question asked after that is usually "why". This one is usually easier for most people to answer, but much like the first question, you'll get a wide variety of answers. Some people like a particular game because it was the first time they ever played a video game before, or they played with a close family member or friend. Maybe said game hit them on a personal level with their story, or it helped them come to terms with who they really are as a person; or maybe the game was really, really good. But regardless of what our favorite game is or why, I think we can all agree on this simple truth: that all of us, from the guy who speedruns Dark Souls to the people who play League of Legends professionally, love video games in some form or another. And while we all have different reasons for loving video games, it's that basic feeling of love and joy that unite us as a community, more so than even movies or music have before us.

The reason I bring this up is because for the first time in a long time, I can answer both of these questions easily. Without a doubt, my favorite game of all time is Super Mario Galaxy. No, not Super Mario Galaxy 2, the original game that came out in 2007. I love Super Mario Galaxy because it's a well designed, beautiful looking and sounding, absoultely fun game to play. However, it also did something that was much more important, which was to create a burning desire in my heart to create an amazing video game and gave me the motivation I needed to make it through my early years in college. And while that desire doesn't burn as bright as it once did, it's still there within in me, and I doubt I would have it all if I didn't play Super Mario Galaxy at the right time. I suppose I should start from the beginning.

Let's go back to a simpler time: August of 2007. I was just starting college, fresh from high school and beginning my college education to get a degree in Game Software Development. It was a fresh start for me as no one from my high school would be there. And when things first started, it was great. I made a ton of new friends, the teachers were great, and I realized how much I liked programming. Unfortunately, the honeymoon period ended almost as soon as it started.

I knew that programming was going to be difficult, but man those first few months were rough. I had never had any previous programming before hand, so to have my teachers talk about variables, if statements, compiliers, and functions sounded foreign to me. It didn't help that a few of my friends and classmates also had a leg up on me, as some of them had programmed before. On top of that, I was unable to hang out with my new friends, either because they had busy schedules, or because I was busy. And if I was free, I would often turn them down because my anti-social, awkward nature from high school carried over (despite the fact I was the loudest and jolliest guy in my class). Oh and there was a guy in my programming class who was kind of a dick, but he was the least of my worries at that point.

Even the one thing that granted me solace, video games, weren't really doing anything for me at the time. I had recently gotten a Wii at the time (after searching everywhere for one, remember when those were hard to find?), and had picked up the Wii versions of Resident Evil 4 and The Legend of Zelda: Twilight Princess. While both of these were excellent games, the fact that I had played both of them before on the Gamecube made any desire to play them again not really a priority. It didn't help that Super Smash Bros. Brawl wasn't going to be out for awhile. During those early years, things were changing, and I'm not sure if I could keep up. Then in November, I went to my local Gamestop to pick a game I had pre-ordered back in July; that game was Super Mario Galaxy.

You ever felt down or bummed, only for something to come by at the right time to pick you up? Super Mario Galaxy was that thing; a 3D Mario platfomer for the Nintendo Wii in which the platformers had their own center of gravity. So basically Super Mario 64 but IN SPACE! And yet despite this familarity, there was something about Galaxy that felt different, special almost. Whether it was because I was playing on a new system or because we hadn't seen a 3D Mario since Super Mario Sunshine in 2002, but something about it felt old and new at the same time, like holding your childhood teddy bear after it's been washed for the first time in years. And everything about it was perfect.

The levels (called galaxies in the game), while smaller and a bit more linear than what was in Super Mario 64, were well designed with interesting gameplay mechanics such as using the Wii-mote to tehter Mario to certain points across an area a la Spider-Man, or having platforms with the aformentioned center of gravity. While the Wii could only run games in SD, the levels looked nothing short of amazing, ranging from bright and colorful flowery fields to dark onimous ships flying in the night sky, and even a stage that combined the genric fire and ice worlds found in most platformers and made them one. The soundtrack, which was the first in the series' history to be composed by an orchestra (something that not even The Legend of Zelda series would do until Skyward Sword), was beautiful and stuck with me long after I completed the game, and I often find myself listening to it whenever I worked; in fact, I'm listening to Wind Garden, a.k.a the theme heard in the Gusty Garden Galaxy as I'm typing this out right now. This was also the first game that introduced us to Rosalina, who not only became my main in both Smash 4 and Mario Kart 8, but has also became my favorite Mario character, if not one of my favorite all time Nintendo characters. I even loved the Manta Surfing minigames, the Purple Coin challenges, AND the Storybook, three elements that were often criticized by fans. Simply put: I loved everything about Super Mario Galaxy.

Soon, Galaxy became my anchor for those early months. It was the game that I would play to reward myself for figuring out a programming problem or unwind if I had hit a wall. It then occured to me that if someone could make a game as beautiful as this, why couldn't I? A foolish and naive thought for sure, but it was enough to give me the creative spark I needed to get into my studies. As the months went on, other games would come along and take up what free time I had left that wasn't spent studying, job hunting, or hanging out with my friends. But I'll never forget the feelings of joy and immersion I felt playing Super Mario Galaxy, and while Super Mario Galaxy 2 was a great game in it's own right, it just couldn't replace the love I had for the original.

That being said, I'm not going to sit here and say that me playing Super Mario Galaxy instantly made me a better a programmer or that because I played it I now have my dream job. Neither of those things could be further from the truth; it also didn't make me a happier person or make me question my choices. I've had plenty of doubts and moments of sadness while I was in college and after graduating, I'm having them now, and I'm going to have them in the future too. No what Super Mario Galaxy did was show my I love video games in the first place at a time when I needed to know that the most. And while I've lost some of the creative spark and optimism of my younger days, the game still holds a special place in my heart. If The Legend of Zelda: Ocarina of Time is the game that first introduced me to the idea of making games as my dream job, then Super Mario Galaxy was the game that confirmed to me that I made the right choice.