The Rise of Majora's Mask

If there's one thing you can count on from fans of The Legend of Zelda, its consistency. These people know what they want. Zelda fans today complain that the series is always more of the same, which is why when The Legend of Zelda: A Link Between Worlds was released it was met with lavish praise and Game of the Year awards for breaking from tradition and literally reusing the same overworld map from A Link to the Past. 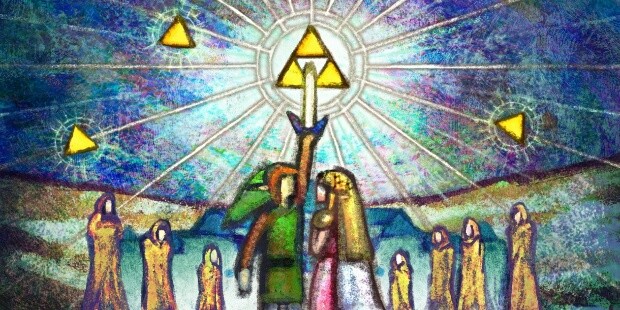 I tease, of course. Well, I'm teasing the game, at least. Zelda fans are just plain weird at times. ALBW did a damn fine job of revisiting a classic Zelda setting while upending the table elswhere. It was the world of LTTP many hundred years a later and some of the landscape and the alternate dimension of Lorule were actually different. The dungeon structure was also more open-ended thanks to items being rented from a shop rather than found in dungeons.

Ever since Eiji Aonuma took the director's chair for the Zelda series, he's always found interesting ways to subvert the classic Zelda formula. Time loops, burying kingdoms under the sea, founding new kingdoms with railways and putting cities in the sky - Aonuma enjoys shaking the series up a bit.

Still, its interesting that amidst the accusations that Zelda is always more of the same that Aonuma's first full Zelda game, Majora's Mask, was anything but and met with derision from fans for being totally different. 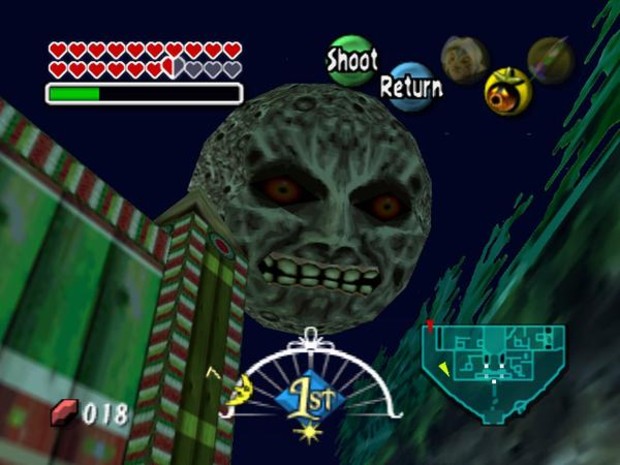 When I originally played Majora's Mask, it had released a few weeks after Shenmue and I was just a few weeks away from graduating college. While I used the internet a lot in college - way more than back home since a T1 connection thrashed 56k - I never used gaming forums. I was still mostly getting my game news from magazines, looking foward to games like Phantasy Star Online or Onimusha, looking up tips on Perfect Dark - that sort of thing. Plus I had tons of student clubs to attend, I wrote for the campus paper, helped plan events, made flyers and worked in games amidst all that and classes. There just wasn't much time to chat about games online.

Anyway, Majora's Mask and Shenmue were unlike anything I had played before. These games had living, breathing worlds, full of characters that had daily routines and some even had friendships, relationships and working or leisure hours. Majora's Mask even had one of my favorite science-fiction tropes as a feature - a time loop. It also scaled back the number of dungeons to emphasize the world, its characters and the game also had a much richer story than any Zelda before it.

Still, the game was a bit overwhelming and no magazine was recent enough to help me figure out some of the quests, so I decided to use a gaming forum for the first time.

Rather than answer my questions, though, users there thought it better to insult what I was enjoying and instruct me to play Ocarina of Time or A Link to the Past instead. When I told them I had already played those games and was looking for help with Majora's Mask, they just offered of checklist of reasons why Majora's Mask "sucked." I was wrong, dammit, and they were going to make me see the light.

Because Majora's Mask didn't have eight dungeons. Ganon wasn't in it. Link didn't grow up. There was no Triforce or Seven Sages to find. It seemed, for them, that a Zelda game could only be a real Zelda game if it had these things. That and time limits were bad, mmmkay?

Apparently they also hadn't played Link's Awakening, which also broke away from that formula somewhat. Of course, in the West, handheld games magically don't count as real to some folks, but that's another subject to itself. 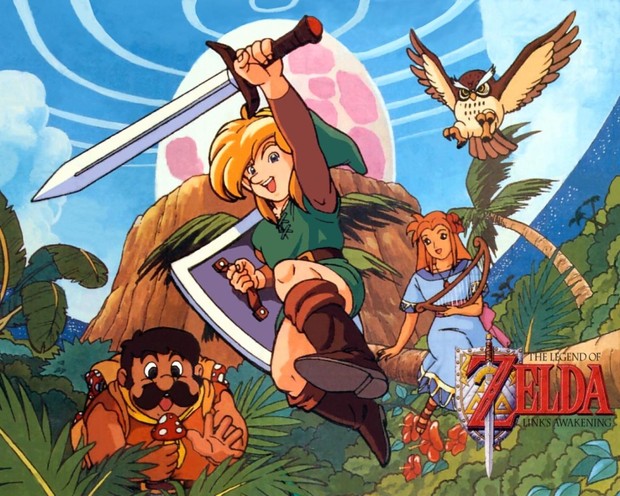 Anyway, these Zelda fans did want more of the same. You could tell that some of them were just dorks that had been around since the NES days and had nothing better to do but wage war with the rising Ocarina of TIme fanboys. Majora's Mask was only bad to some of them because it was a sequel to OOT. The younger ones being babysat by the internet liked OOT because it was their first Zelda and you grew up in it, so when that didn't happen in Majora's Mask they hated it. That and they pretended Zelda II was good because Link was "grown up" in that, too.

That was my impression at the time, at least. When I later browsed the forums for Shenmue and The Sims, people were more friendly and cordial about discussing those newer games, likely because those franchises didn't have a history yet. I'd like to believe I learned that lesson from that, but I'd go on to visit Final Fantasy, Fallout and Persona forums later anyway.

There are people that still aren't over Final Fantasy VII and also some Persona 2 fans that really get bent out of shape each time someone mentions Persona 4.

That said, over the years Majora's Mask has had three additional re-releases - once in the form of a pre-order bonus disc that came with Wind Waker, another time on Virtual Console and now as a 3DS remake. What's interesting is in that time the game gained a tremendous amount of appreciation for being the darker, more surreal, unique and risky Zelda game. Now Majora's Mask is more commonly loved because there isn't another game out there like it.

There are other factors at play that explain Majora's Mask's appreciation now. For one, some of those people on the forums grew up and realized they had nothing to gain by rationalizing their purchases to strangers on the internet. I also think some people found the maturity of the game's message preferable to Link physically maturing. The time loop aspect continues to make the game stand out. That it was a ten dollar purchase on Wii Virtual Console and it gained a lot of visibility through "Let's Plays" and speedruns also plays a role here.

Because elements of the game were stigmatized fifteen years ago, a lot of people didn't allow themselves to try it back then. When those stigmas faded, the game got a real chance. To be fair, though, it wasn't only the stigmas holding it back, in 2000 there was also the hype of the PS2's arrival and Xbox and Gamecube were peeking over the horizon as well. Majora's Mask came out at time when the Nintendo 64's newness had long since faded.

Final Fantasy IX shared a very similar fate on Playstation, come to think of it,. Now many people love that game, too.

There are those that will lament digital rereleases, remakes and remasters - and I'll admit the level of remasters of games not even two years old is a bit of a farce right now - but I'll never complain about a great game from further in the past getting another lease on life and finding new fans. Some things just get better with age and Majora's Mask is certainly one of them.