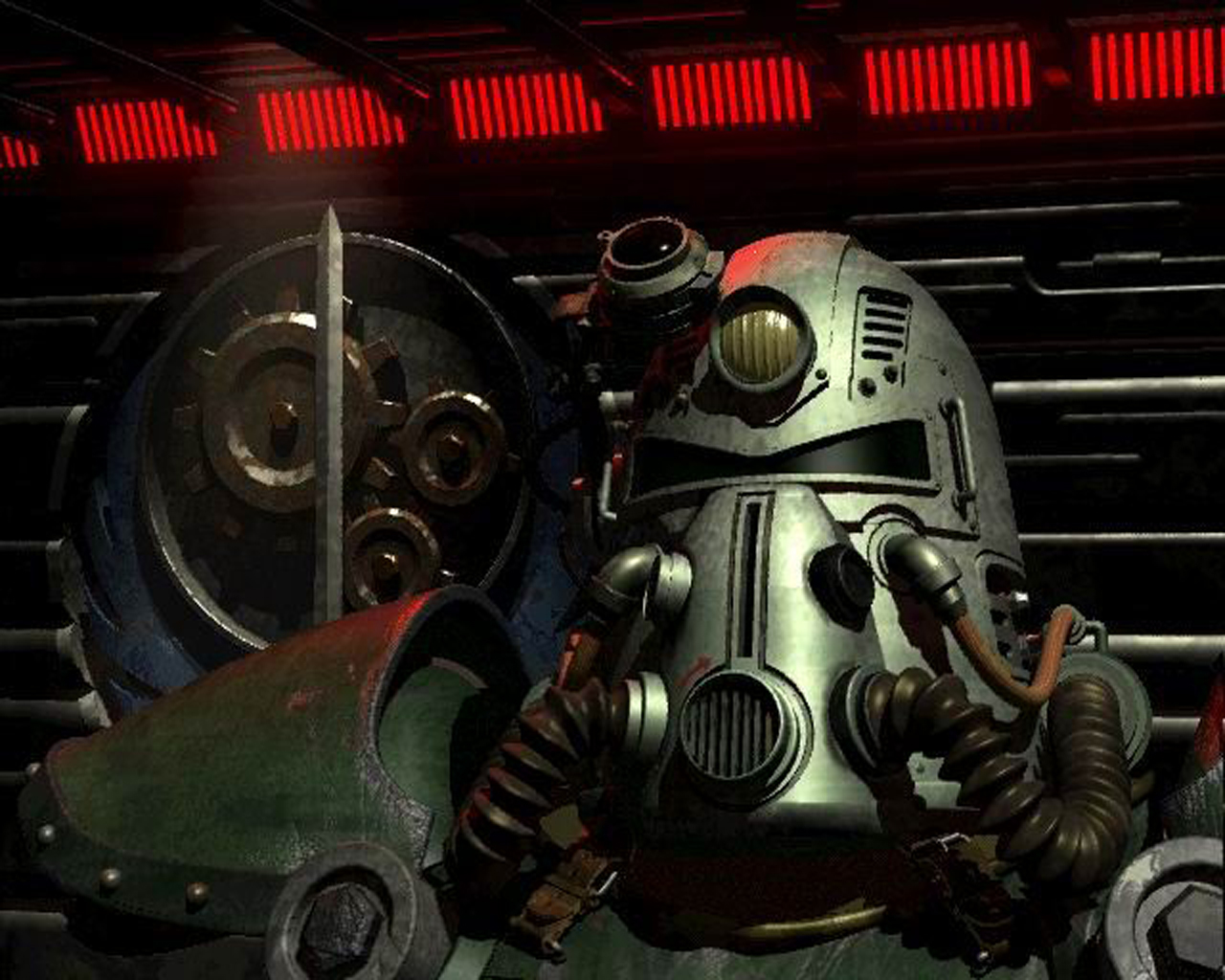 I bet you're wondering why that's an image from the old fallout games? For this month's Band of Bloggers assignment -- dedicated to one of my favorite gaming franchises of ever, Fallout -- I ahead of time asked Scholarly Gamer, one of the head honchos behind the awesome community project, if I could play one of the original games from the series because I had already played through my fair share of New Vegas/3 playthroughs. Being the awesome hombre that he is, Scholarly allowed it. So here I am, having beaten the original Fallout game, a game that I've been meaning to play for years already, right? Wrong! But let's briefly go through the journey:

It all starts with me loading up the original Fallout, on my pc that is more than qualified for the job. Everything goes fairly smooth. I decided to play a smart character, lots of Intelligence, and also focused on smart people skills like Science, Lockpicking and Traps, because it is a Fallout game, things need to be obtained without permission. My Character's name was Ed Temple. Hi Ed!

Cast out of the safety of Vault 13, Ed has to secure a functional water chip to save the people of his isolated home. With the journey brings much peril. With only one real direction, Ed heads for Vault 15, hopeful to get this over with quickly. On the way he stopped by a small self-sufficient town on the way called Shady Sands. There he helped rid them of a radscorpion problem by killing dozens of the vermin in a nearby cave, which for some strange reason I can't actually physically get to anymore since the quest. Then he took a companion with him, which btw broken as hell the companion did the majority of the work for me and you get XP for their kills too!, the companion's name was Ian. Ed and Ian (my new folk band name) ventured into the abandoned and vermin infested Vault 15 to find a much needed water chip. But to their dismay, it was a dead end.

They roped their way back topside out of the vault and pushed on towards Junktown, where they heard somewhere (a walkthrough) that they might find help with their quest. With only 100 days left for the salvation of Ed's people, would Junktown be the answer they hoped for? ...

...No I'm seriously asking because I don't know. At this point, engaged in a furious gunfight in Junktown, my save file crapped out on me. Soon it dawned on me that Bethesda/Obsidian may have not introduced anything new by breaking the shit out of the modern sequels they made. Fallout and to my best knowledge Fallout 2 are buggy games too! Sure not on the level of buggy-ness that New Vegas/3 had been plagued by, but nonetheless as it turns out, in Fallout you cannot save while in a gunfight, according to GameFAQs users at least. Uhhh, wtf?

Ok I'll admit I wasn't that far in anyway

Well that's a real shame. This was a great opportunity to get the holy trinity: Play a game I've been meaning to play, participate in the Dtoid community and write. OH well, my journey ends here. As usual, when a pc game bugs out like this, you have to dive into forums and years old threads looking for an answer. But like that water chip it never really came. My save file is eternally corrupt. Though I'm not done with Fallout for good, I will go back and play through it to the end. Definitely got used to that old game mechanics and how awkward it was to play a game this old in 2015, which I should capitalize on soon before something shinier and doesn't-corrupt-your-save-ier comes up. Have fun with some of the images that came out of this. Better luck to the rest of you Vault Dwellers, Lone Wanderers, etc.! 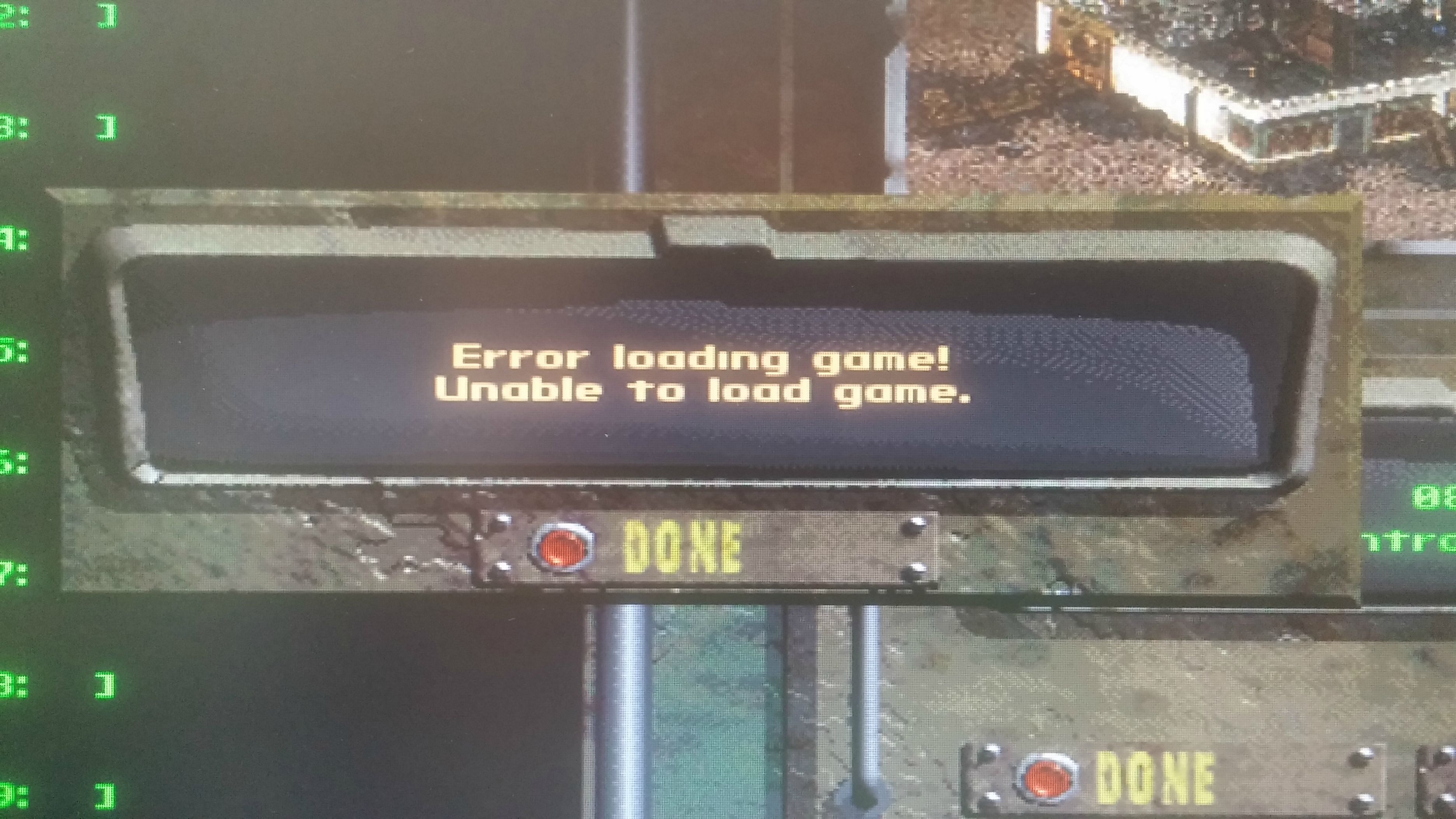 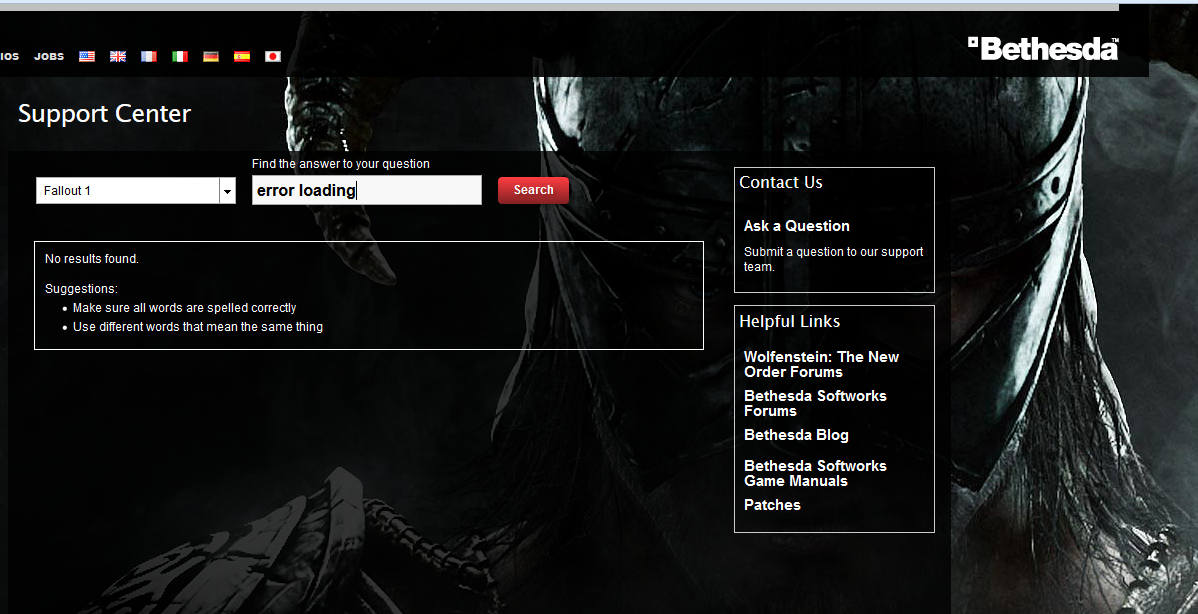 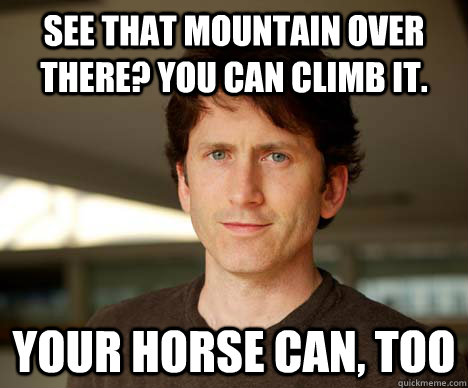 It's true, I know because I did it

Oh and I was using a walkthrough by recommendation of Bloodspray, we had a chat about the game on Radio D (spoilers!) and he told me I should use a walkthrough till I had got the water chip back because of the time limit.

Also I just want to say that I'm critical of the plot of Fallout in the beginning. So the entire Vault 13 is in danger and you send out 1 dude? If it's a problem that effects the entire population shouldn't everyone living there be taking a proactive approach to solving it? It's like sitting on a time bomb and instead of leaving you wait for one dude to take care of the problem while you consciously sit on said bomb for months. It's not even that big of a deal. If the Vault runs out of fresh drinking water the people can just band together and look for water in the wasteland or any signs of civilization. At the very least you could've sent the vault dweller out with some helpers I mean come on.

Hello, I play video games and watch adult swim. Pretty much it, enjoy all the hard work that goes into puns on this blog... when I do decide to blog that is.

Roberto's depiction of me, thanks bud<3

"FUCK YEAH! That's me on the top right corner BITCHEEEEES!!!!

Thanks for adopting my avatar Nanners! I maybe not have gone, but Fourth Armor X got to see everything in my stead.

Have my fap and stamp you glorious bastard!" - HLBC APPROVED <3