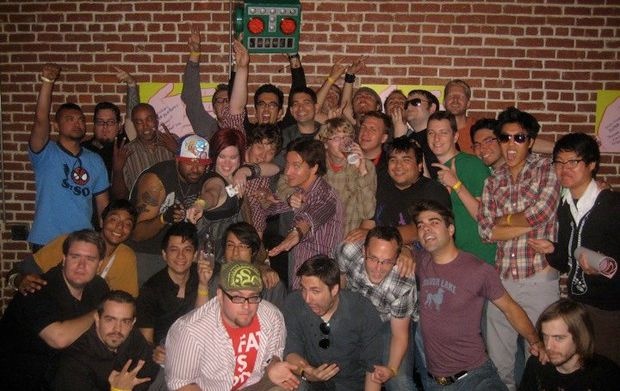 Although the SNES was not my first console, I always think of it first when I remember my early days in video games. I also remember that my first game, besides Super Mario World, was Super Ghouls 'n Ghosts. I still haven't beat it (I tried again with the PSP version), but I did everything in Super Mario World, including the Special World. It seems so hard now, I've no idea how I did it back then.

I don't remember much else in depth, except for Final Fantasy 6 (or III as my beautiful Mog box read) , which I replayed several times over the years. It is one of my favorite and most played games. I remember distinctively learning that Final Fantasy 7 would be Playstation exclusive and how different Nintendo would be without Squaresoft games. They alone gave us Chrono Trigger, Secret of Mana and Super Mario RPG, among other classics. Remember the Multitap? We needed that so three could play Secret of Mana, while others would wait for their turn completely immersed, screaming at the TV. 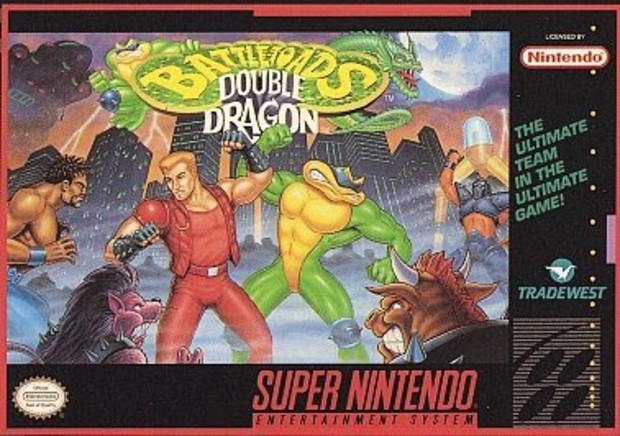 Yes, this was a thing that happend.

Now, I'm not one of these guys that says that everything was better back them, but if you experienced that as I did, it is hard not to say that the SNES years were the golden age of gaming, if there was ever one. We played Earthbound, Donkey Kong Country, Mega Man X, Super Contra 3, Super Mario Kart and Super Metroid. We played A Link To The Past, the best Zelda game that will ever be (yes, I said it!).We played Street Fighter 2, Final Fight 2 and Teenage Mutant Ninja Turtles (they were huge back them) the games that we saw on the arcades. Even tier 2 games were great games that I still hold dear: Super Turrican, B.O.B., Alien 3. We rented games, we shared games, we lent games.

Things started changing with the popularity of the Sega Genesis. I've never saw the appeal of Alex Kid and it's huge hand or Sonic urging you to speed just to hit something and loose all your rings. I didn't like the graphics or the music chip. It got worse when the Playstation became an unstoppable force. I still cringe at those polygons and the loading times. I was afraid of the change, but it wasn't gonna wait for me. Even thought I played Final Fantasy 6 over five times, I've never played Final Fantasy 7 more than 10 minutes. 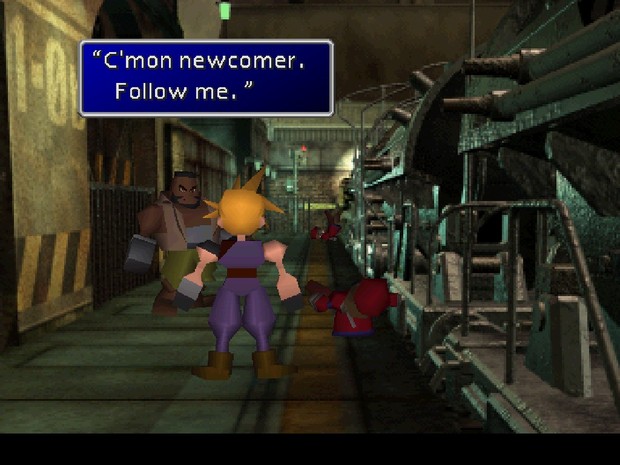 The Playstation era resulted in my increasing disinterest in video games. I did keep up with Nintendo (I played Majora's mask with the Memory pack, bitches), but video games weren't such a big part of my life anymore. That is, until the Wii.

The Wii was exciting. I was crazy about playing Metroid Prime 3 and Super Paper Mario. I bought my Wii while the demand was high and payed a nice stack of money for it. A friend went with me when I bought it and later we played Wii Sports and Raving Rabbids on a saturday afternoon. He went home and soon bought one for himself. 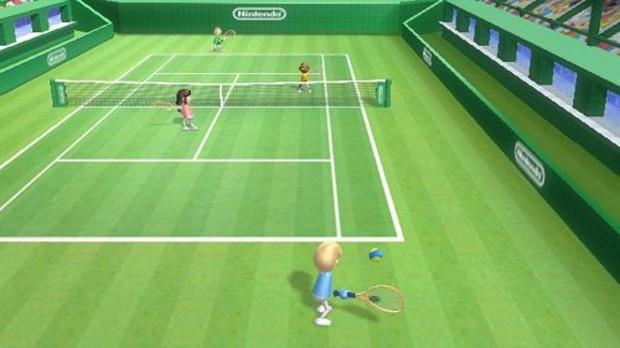 Unfortunately, the Wii opened a hole that was too big to fill on its on (heyooooooooo!). I went trough games much faster than it was possible for developers to fulfill my high standards. Soon I was able to decompose the ample movements I used to make into simple wrist movements. That killed all immersion for me. I remember that at one point, movers dropped a couch on my Wii, but it did nothing to the console (Nintendo hardware). My father asked me, on the next day, what happened then and I replied: “if it was broken, I'd have bought another one already”.

During the Wii era I got a Xbox to play Bioshock and later a PS3. I also got a Nintendo DS at some point. I was hungry for games. When I played Fallout 3 the first time, for over 100 hours, I thought “Wow, such an incredible deep and involving experience that Nintendo would never allow nor keep up with the necessary technology”. By then I was spending an ungodly amount of time and money getting the games I want. Some of you may never think of it but, since I don't live in the United States, buying games for a fair price take as much time as it takes money. 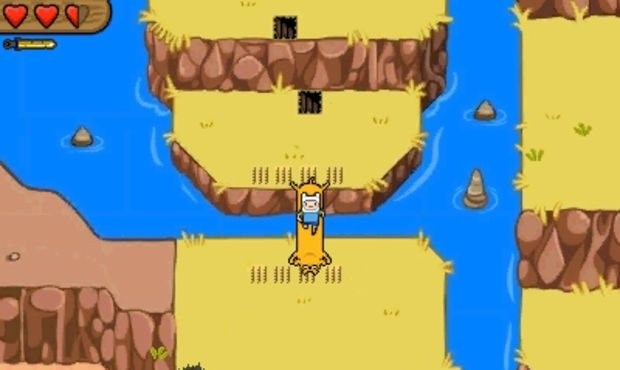 It all started to make more sense when Steam came to OSX.

Yes, I hate Windows and I hate Microsoft. And yes, I'm very knowledgeable about computers. You may disagree with me, but I'll will not change my position, specially since my game only Windows managed to break itself for some reason sometime during the last year. Don't waste your time, I think Windows is a badly written piece of crap, but now I'm willing to “deal with it” since in my position it's my most convenient and cost effective way of playing the games I want.

About one year ago I needed to get a job outside my hometown. It was the time to get a notebook and, why not, one with a decent graphics card. Now remember my most memorable gaming years were during the SNES era with a comfortable, reliant and well designed controller? How do you expect me to play with a keyboard and mouse? Or with a Xbox controller without a workable D-pad?

Well, that's the beauty of PC gaming. I soon hooked up an PS3 controller and started playing everything. I've hooked up the notebook to my TV with the same HDMI cable I used for my PS3. Sounds naughty, doesn't it?

It's been one year plus since I've been away from my hometown. I miss the places I like to go, where I liked to eat, but mostly I miss my father. Well, I miss everything. I miss Nintendo. The Wii U and the 3DS are the only Nintendo consoles I didn't own, except for the Virtual Boy. I've tried the 3DS, and the 3D is my favorite part. I never tried the Wii U. Cat Mario alone would be enough for me to drop unholy amounts of cash in something, but being an adult is also about financial responsibility and paying over 60 dollars for an Amiibo is out of the question (remember that I don't live in the US? Even the common ones would cost me an irresponsible amount of money). 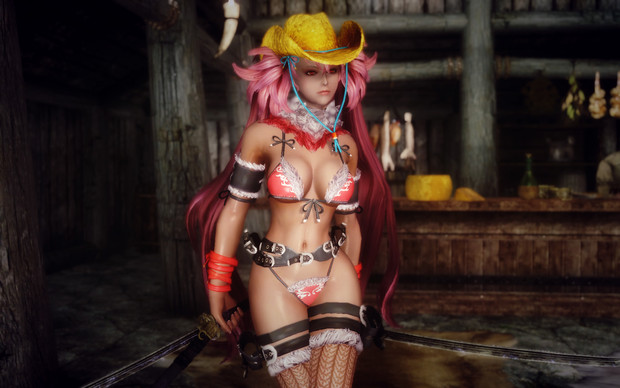 Look at all those cheese wheels

Don't get me wrong: I love the experiences that only PC gaming can provide. I love mods and I love to pay only 10% of a game that I'll only play 10%. I love being able to afford a game at launch, but I hate unconstrained DRM and DLC. I also hate wasted time on technical problems that take away from my little gaming time. I hate that I'm playing Borderlands all alone since it's too hard to find someone with comparable level to play with me. And I hate that I can't play Nintendo games anymore.

I guess that's growing old for you, huh?

Just so I don't end this with a bad note, here's my best and worst gaming on PC.

Dark Souls 2 had a sweet launch. It took like 20 seconds to find somebody to play with. Definitely my favorite Souls game so far, and I've expend more than 100 hours on each. 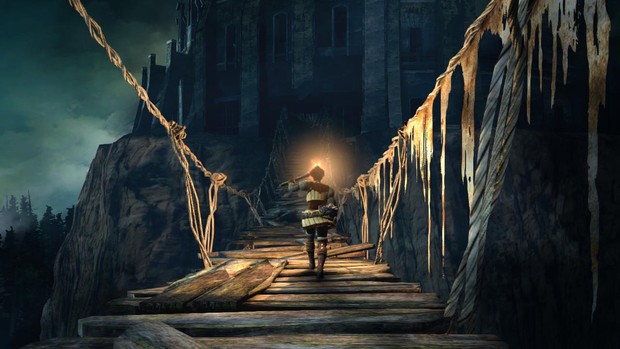 Worst moment so far (besides Windows own unprovoked demise):

Finding out that Deadly Premonition is unplayable on PC. And the part I played was so good.... 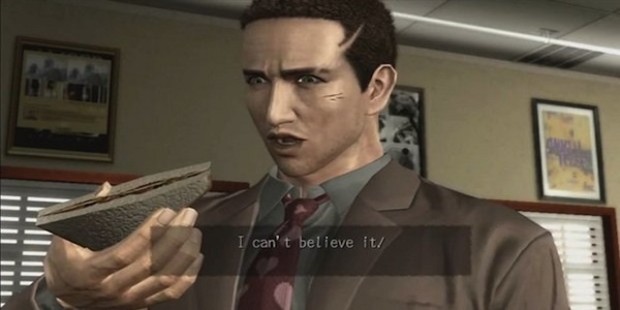 I am the very model of a modern Major-General.