Actually, Dying Light IS that good.

I haven't written anything about a specific game in a while, so I wanted to take a few minutes today to tell you why Dying Light is actually a fantastic zombie game, and what many of us have been looking for in a first person zombie experience.

Now, I myself am a true sadist. I want my apocalypses to be truly horrifying, so if there is a hardcore mode, or more realistic game that I can be playing, I normally go for that. That being said, DayZ/Survivor Stories are my general favourite types of zombie games. Scavenging is taxing and barely rewarding, great items are very hard to come by, humans are the far scarier enemy, and death is permanent. Mmmmm...makes me feel all warm and fuzzy inside.

But, as someone who is only a fledgling member of the #PCMasterRace, I tend to play all my new releases on console, and will ahve to wait for the PS4 DayZ to really get into the game at over 12 FPS. Which is why I am here today to tell you that Dying Light is a fantastic game which not only fixes many of the issues of Dead Island, but adds in some great features which have been sorely missing from many zombie games. 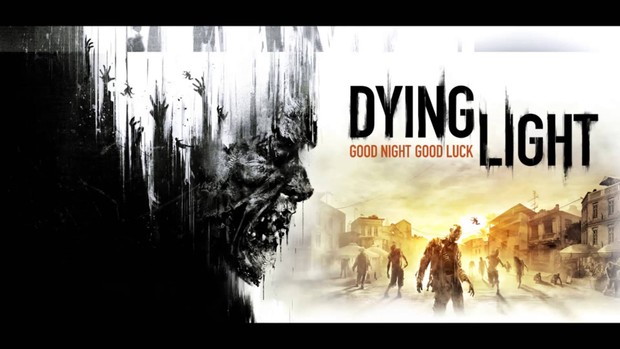 Now I won't go into depth, because Mr. Chris Carter did a solid review of the game already, but there were several amazing aspects of Dying Light which he left out and I would like to address. Destructoid Dying Light Review by Chris Carter

Now, as mentioned in the review, the movement and parkour system is a welcome addition to the game and provides some of the best delights to be had in Harran. This is even better by night, when you are being chased by exceptionally fast zombies that continue to amass the longer you run. Luckily, you can look behind you while running and slow time down for a brief period to chuck throwing stars and moltovs over your shoulder. Well done Techland.

So yeah, that's nifty. But it gets even better. Remember Walking Dead: Survival Instinct? That atrociously done game that felt like it belonged on 6th Gen consoles, and barely anyone touched? Yeah, well I beat it. Horrible game. But it had one thing going for it: stealth. Stealth is often overlooked in many zombie games in lieu of the frantic combat, but Dying Light gives you the chance to experience both at your leisure.

Not only can you sneak around map to avoid zombies instead of parkouring, which is expecially helpful at night when sneaking becomes essential to avoiding the volatile zombies, but you can creep up behind a zombie (or human) and snap their neck. Now, I know this is very simple at its core, but its something that provides an entire different level of gameplay to Dying Light. Instead of running around at night, or even during the day, I spend a lot of time sneaking and executing zombies, trying to stay unseen as I loot through houses and shops. Oh, and if you really want to stay unseen, you can smear zombie guts on yourself from any recently dispatched foe, in true Walking Dead style. I actually squeeled a bit with excitement when I saw this perk. 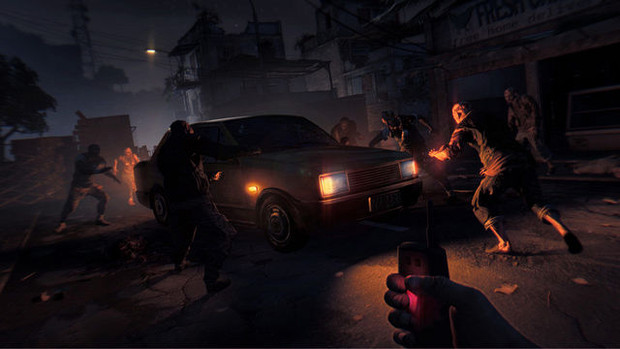 Did I mention you could make car bombs? Right?!?!

You can also play this game with friends, invade others as a hunter zombie, unlock all sorts of mods, craft some great weapons, and there is much more environmental fun to be had, using downed wires and overturned cars with gas leaking out. Oh wait, but I forgot the best part.

Guns actually do what they're supposed to in this game, unlike almost every other zombie game out there. Headshot? Zombie dies. Human dies. Body shots? You can keep peppering them but its almost pointless. *Sighs* Man...that made me happy just writing that. I was beyond stoked when I picked up my first gun and realized they actually behaved like they are supposed to. It doesn't take 3-5 headshots to take a zombie out. And another thing about guns! If you point a gun at bad guys without guns, they'll run or put there hands up kind of like I Am Alive. Man, so stoked on that.

Oh shit. I actually lied, and saved the real greatest thing until the end. THERE IS A FUCKING GRAPPLING HOOK. Ahem. Now, I don't know if I've ever expressed this to any of you before, but grappling hooks are almost never a bad idea. Name a bad game with a grappling hook. You can't, because there aren't any. Just Cause, Lost Planet, Far Cry 4, Tomb Raider (grappling arrows count). I've lobbied many-a-company to start including grappling hooks in more games, and luckily Techland was the first to comply with my new standards.

The grappling hook is at the end of a skill tree, along with stealth kills, so you won't get access to these goodies until at least 10-15 hours in. Personally, I think this is a great idea. It allows the gameplay to stay fresh even after you've played a hefty amount, and adds in some new dynamics which make for some amazing fun! Grappling is more a la Just Cause 2 than anything else, and lets you slingshot to your destination after securing the hook. It makes the chases even crazier, and once you get good allows you to swing through Harran like zombie Spiderman. Er...zombie-hunting Spiderman. Apoca-Rico Suavez. You know what I'm getting at. It's some sexy times.

So, for those reasons on top of what Mr. Carter stated in his review, I'd put this game a lot closer to a 9 than a 7. Especially considering Dead Island got a 7 by Jim Sterling and this game improves on a plethora of details and added a grappling hook. But, reviews are subjective so that really doesn't mean anything. All I'm saying is that Dying Light is awesome, and you should play it.