Why Videogames Can't Be "Real" Art

Now, now, don’t get me wrong. I firmly believe games ARE art, and nobody will ever convince me otherwise. Besides the fact that even technically games comprise different forms of art -- i.e. cinema/animation, music, literature, painting and so on -- I think their real artistic value comes with the feature unique to them. Yes, I’m speaking of interactivity. Quoting a good friend of mine, a painting can picture the life of an immigration inspector in a police state. A book or a movie can elaborate on it and show us how he fares. But only by playing Papers, Please can you be the aforementioned inspector and experience the decisions he has to make first-hand.

Nevertheless, despite being the greatest asset of videogames, interactivity (and what comes with it) also becomes the media’s ultimate hindrance on its way to the Big World of Art. Which means that no matter how many awesome, artistic and borderline revolutionary games are created, they will never receive the same treatment as movies and other accepted forms of art – well, at least not in the near future. The reasons? Oh, do I really have to name the reasons? Actually, yes I do – why would I write this blog otherwise? :)

Continuing the “games vs movies” comparison, how long is an average movie? Two hours? Yeah, I guess that’s about right these days – even though I remember the times when movies were much shorter (insert old_man_grumble.mp3). Three hours if it’s something epic or art house. Four if you’re fucking Peter Jackson. Anyway, it’s usually manageable to see it to the end in one sitting. Games on the other hand are usually significantly longer – a three-to-four hour game is generally considered criminally short. And a single massive-scale RPG can rival some of the longest-running TV series in history.

Now, imagine a professional movie critic, maybe even an Academy of Motion Picture Arts (notice the wording?) member. Complete with a two-piece suit, a mustache and a monocle for a +16 respectability boost. And now imagine them struggling through Skyrim with a controller in hand, for hours and hours and hours. Aside from that scene being comical in itself, even if we assume that they’ve agreed to try this weird little toy out as a potential art form, who in their right mind will put in 150+ hours into it just to pass judgment?! No sir, this endeavor would require a geek, and no one else. And – let’s be honest here – geeks aren’t exactly the very image of an art-bearer. :) 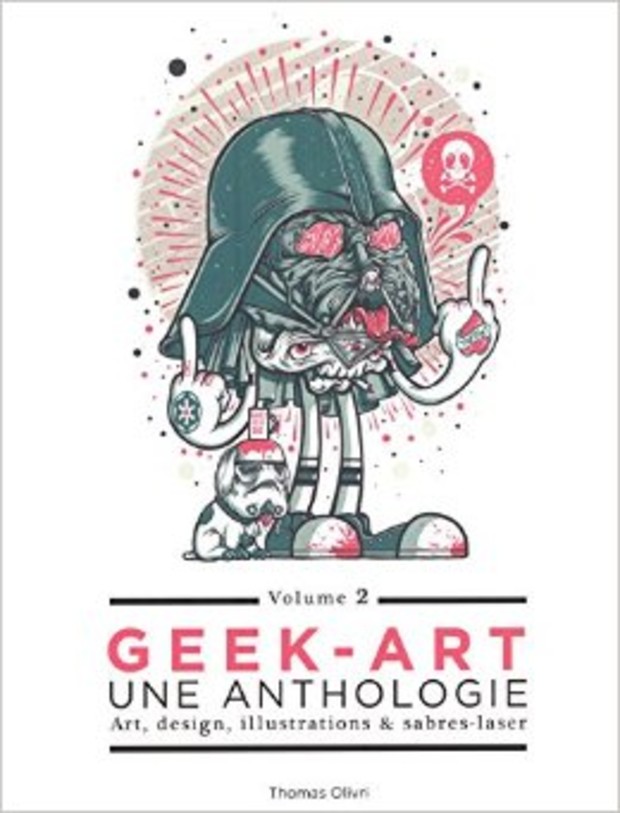 Another issue preventing videogames from becoming full-fledged, accessible-to-all Art is that they require at least minimum amount of skill to be played and enjoyed the way they were intended. Now, I won’t say other forms of art do not require any effort or preparation. It’s not all “sit back and enjoy the show”. You’ve got to be at the very least educated enough (a Charles Dickens book won’t likely have the same effect on you if you have never studied English history), experienced enough in that particular form of art (you would not be able to fully enjoy, say, Spaceballs if you haven’t seen Star Wars or at least a single space opera movie), and overall develop a taste in it to be able to discern something genuinely talented and innovative from works that are simply pretentious. This is particularly true for more difficult pieces (like Richard Wagner’s operas, James Joyce’s Ulysses or Andrei Tarkovsky’s films, to drop some names) that call for a thoroughly educated, immensely experienced and discerning recipient.

All of the above can be applied to quite a number of modern-day games as well – but there is also the requirement for gaming skills on top of that. To provide an example, let me tell you a story. 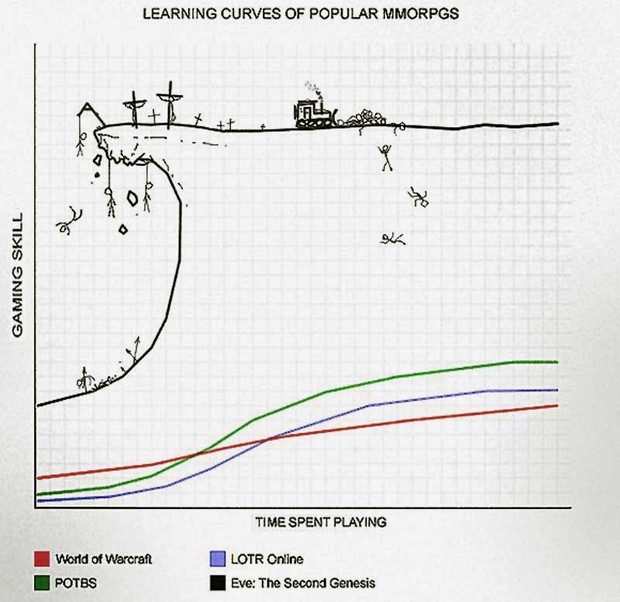 What? No, the story is not about MMO. Why are you even asking?

Those who have seen my Top 10 Games blog should already know that I consider Shadow of the Colossus one of the greatest (if not THE greatest) videogames in history. And as a true nerd (at least in terms The Badger fittingly described the lot), I am permanently trying to impose my nerdiness on others – and of course my loved ones are the first to suffer. :)

Once, after a prolonged discussion on the “are games Art” topic with my wife, I decided to introduce her to SotC as a means to prove my point. I gave her the controls and let her ride out to find the first Colossus. Now, my wife is no stranger to videogames, but she isn’t a regular player either; besides she’s used to mouse and keyboard – so obviously she was struggling to get a hang of the PS2 controller. She needed my help climbing the cliffs to even get to the stone giant, and when she finally did the wretched creature just kept stomping on her because she wasn’t fast enough. In the end, she gave up, so I took the controls and finished the battle myself. And while even watching someone play SotC can be immersive, it’s nowhere near the feeling you get when you experience the game first-hand.

So did I get my point across to my sweetheart in the end? Alas, I did not. While she was impressed by the world and the design of the Colossi, her ultimate opinion was “What good is an art form if it seems to ask too much of you just to be able to experience it?”

Even if you have passed the “entry point” and garnered enough skill to be able to play, there is still the disparity between “good players” and, well, not-so-good ones. So while a more skillful player might enjoy a difficult game and praise the challenge it creates, those who simply lack the necessary reflexes, experience or patience would dismiss the same game as “cheap” (unless it is cheap). Besides, some games do ask what might seem too much from a player – like putting in puzzles that require wild guesses instead of rational thinking. Or an RPG that becomes unplayable with the build you created – but of course you’ll only realize this after you’ve put a good ten hours into it… That could become frustrating and turn many people away from a game they would have otherwise enjoyed.

I’m sure everyone has heard the never-ending argument between fighting game players. While some may claim they “play for fun” and prefer more tactical approach to achieving victory, others spend months learning and mastering every possible combo, counting frames and whatnot. Still, both sides would say the same thing: “You are playing it wrong!” Yeah, okay, there’s a tricky matter of competitive gaming and e-sports here, but tell me, have you ever heard aspiring, say, pro soccer players say they despise those “noobs” who just want to play some street ball, and the street players refer to pros as “nerds who’ve trained themselves stupid”? :)

Okay, gaming skills aside, there’s also a matter of how you prefer to play your game. And in this particular case, non-linearity – the thing so often cherished by gamers as one of the medium's high points – becomes gaming’s worst enemy. If a videogame offers you a number of different ways it can be played, and you choose only one, can you really say you’ve had a complete experience? I’m not speaking of branching storylines -- as even the gameplay can differ greatly within a single title.

For one player, Deus Ex would appear a brilliantly planned stealth game, for another – a mediocre third-person shooter. One would say Grand Theft Auto games are a set of relatively boring missions, stitched together by a trope-heavy story about the criminal world, and spiced up a bit by social commentary. Another one disagrees and tells the tales of mayhem in the streets, prolonged car chases when they escaped capture by a hair, and side activities one could immerse themselves in for hours and hours. And guess what? Both would be right.

So how do we rate a game that presents multiple ways of playing? Do we take one of them as “primary” and focus on it? Or do we try to do a little bit of everything, potentially getting a shallow experience? Can we be even remotely objective? I don’t have an answer for this. Which brings us to the next point…

No Objective Means of Appraisal

Recently there’s been a surge in videogames appearing in a number of yearly awards – such as Writers Guild Awards – along with other, more widely accepted media. However, those nominations usually deal with the elements common to both games and other forms of art -- like screenplay, music or voice acting. While that is quite fine in itself, I think it entirely misses the point of gaming – for I strongly believe that the true essence of videogames lies in gameplay. I’ve said that once, and I would say it again: the game mechanics must compliment the story and other non-gameplay elements – and vice versa. Sorry David Cage, but neither technology, nor being cinematic, nor even the mythical “emotion” have anything to do with what games really are. 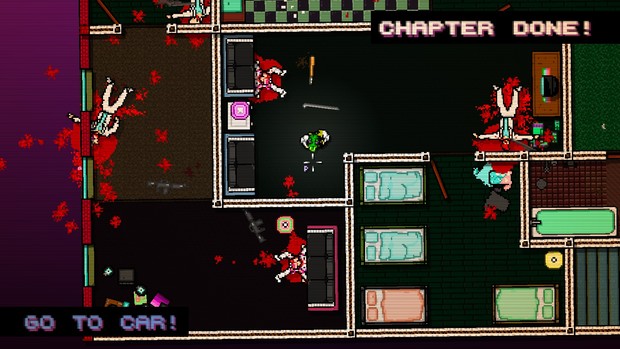 To me, THIS was one of the most emotional moments in gaming in the recent years

It is here that the catch becomes clear though: there are no widely acclaimed means of analyzing game mechanics. No theory books on game planning or combat. No experts, apart from those who either have been developing games for most part of their lives, or those who have played so much they now consider themselves such (and still both types are labeled as geeks by the general public). No classes that would teach why games should be made, instead of how. Not even a common terminology (and no, words like pwned or noob aren’t exactly terms, scientifically speaking :)). There are no equivalents to concerts, exhibitions or film festivals – and gaming conventions (from what I have heard about them) are nothing more than advertising and marketing events. It’s all sad, really – but even sadder is the fact that this situation isn’t likely to improve anytime soon.

As a result, we are facing a paradox: videogames, while clearly possessing all the inherent attributes of art, are hidden behind entry barriers and lack most of the external features that art is usually associated with and accompanied by. This, in turn, keeps people away and gives them the reason to say games are not art without even trying them out.

There are, of course, more aspects and fine points to this… but I guess that’s a topic to discuss some other time. Thanks for reading!