A Look at Video Game Ads of the Past: NES (Part 3)

We’ve made it to the third and final collection of NES ads in this series, which features games from the extent of the NES’s lifespan and a variety of genres. If you’ve missed parts one and two, check them out for a look into print retro game advertisements from comics of the past. The next entry in this series will feature ads from Sega games and systems through the years, so Sega enthusiasts should stay tuned. Now, I hope you enjoy looking through this final batch of NES ads. 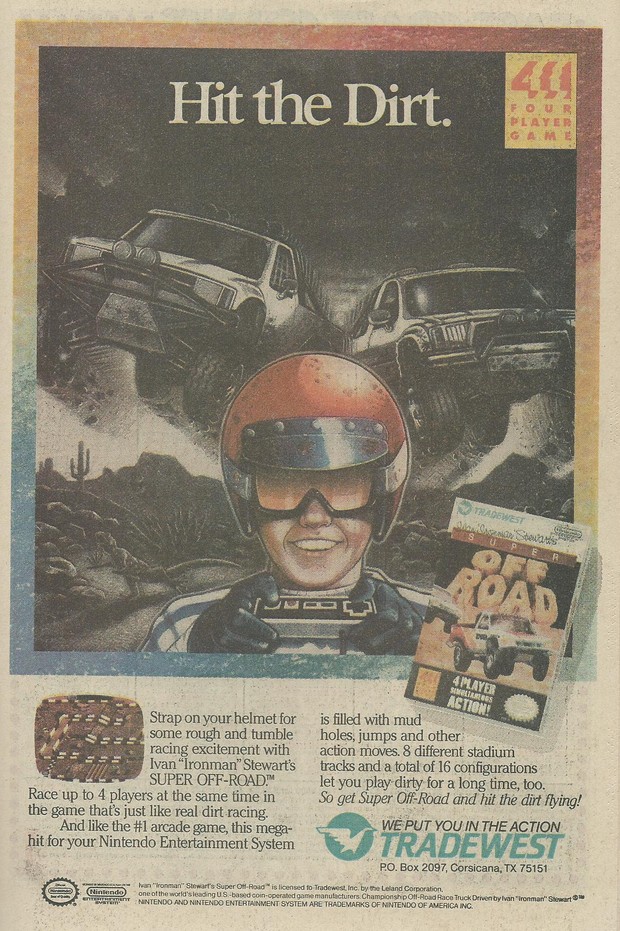 Many of these early video game ads blended the action of the game with the real life player to try to sell the experience of the game. 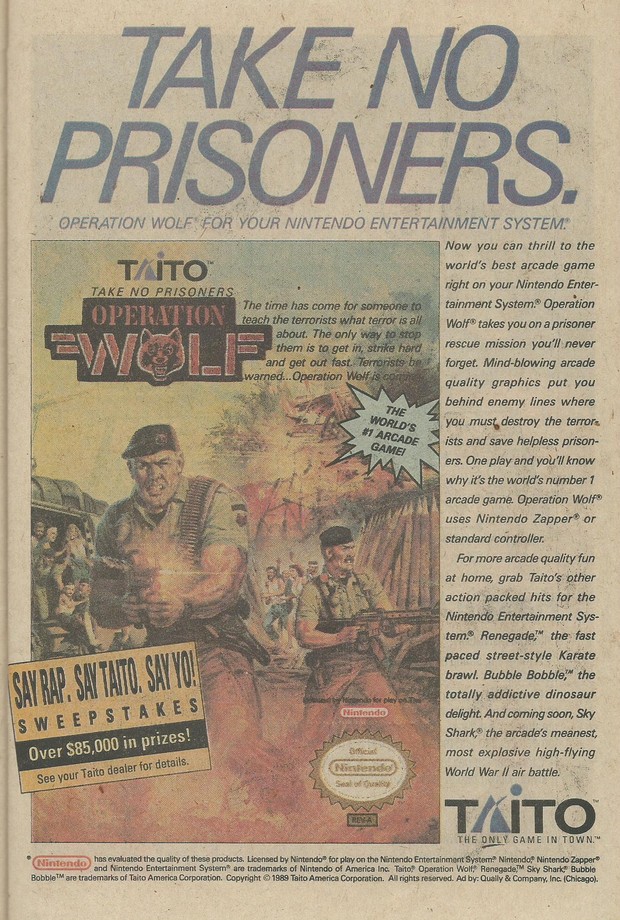 "Say Rap. Say Taito. Say Yo!" I've tried to look into this contest on the Internet, but haven't found anything about it. It looks like some sort of rap contest, but is it just lyrics? Or did you send in a tape to Taito? Does anyone know what this sweepstakes was about? 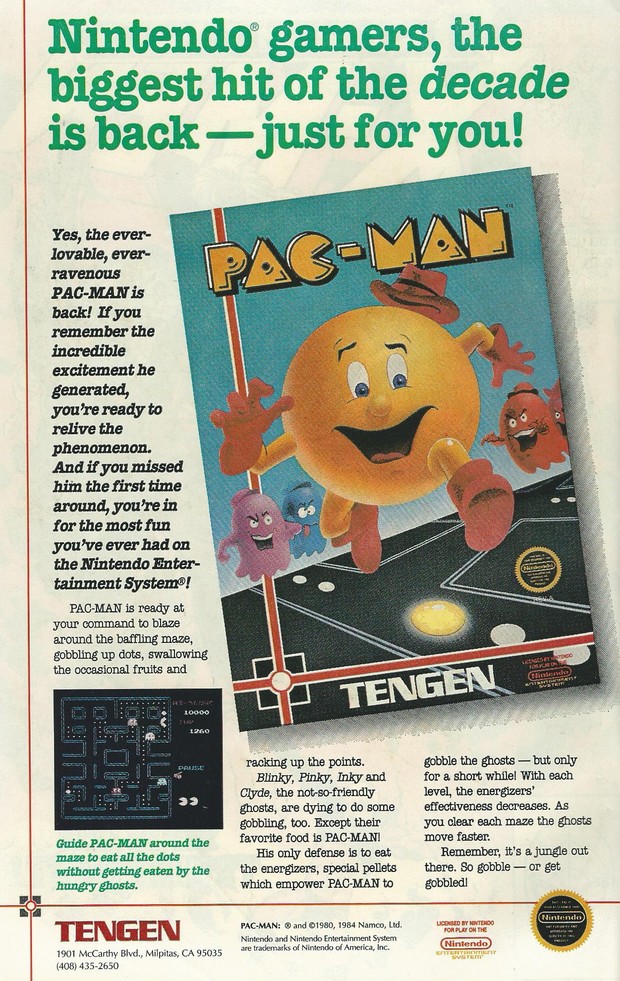 With so many poor ports and knock-offs of Pac-Man over the years, I wonder if this one was any good. 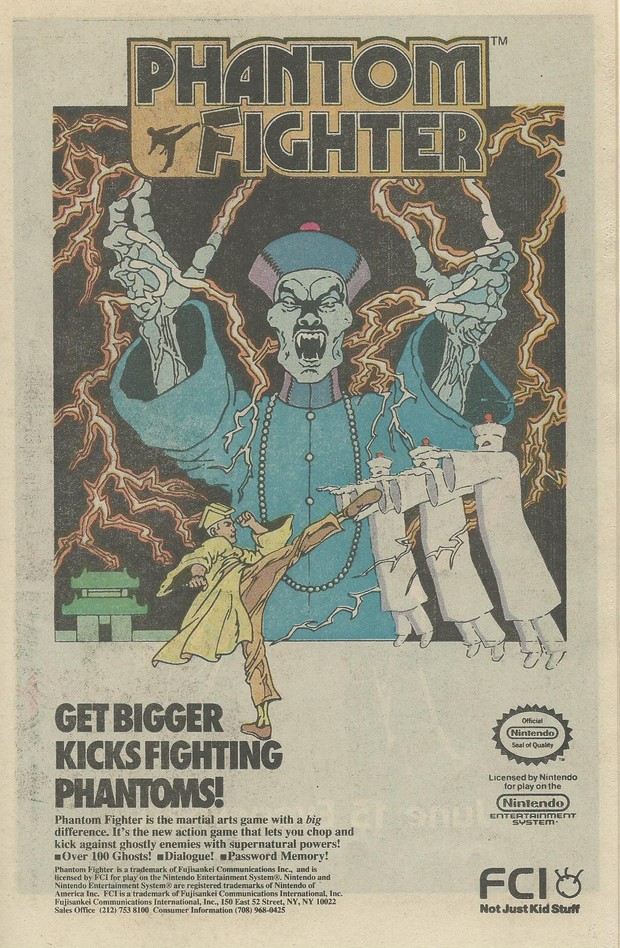 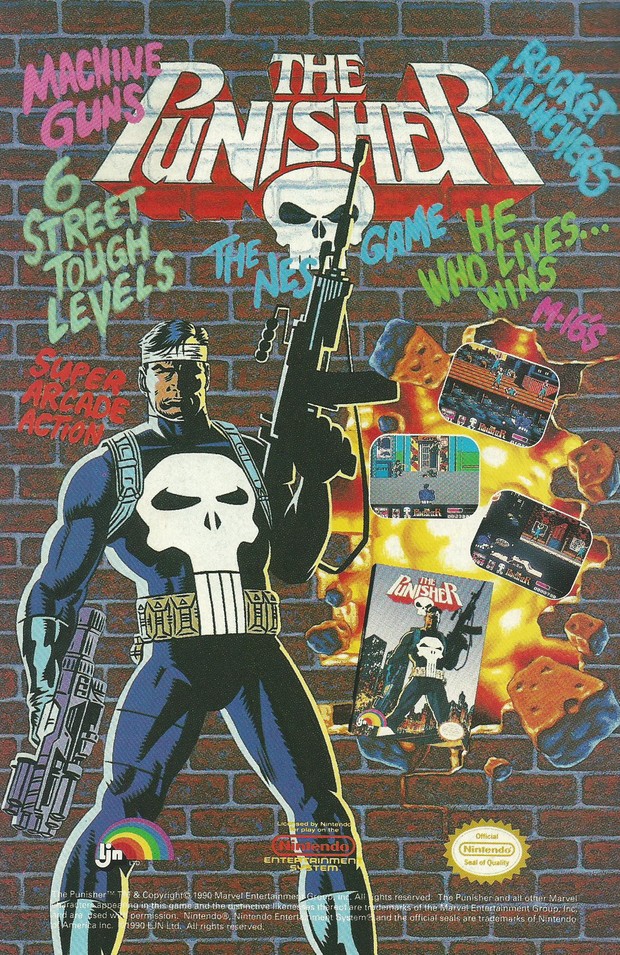 Using graffiti to describe the game was a unique design choice. 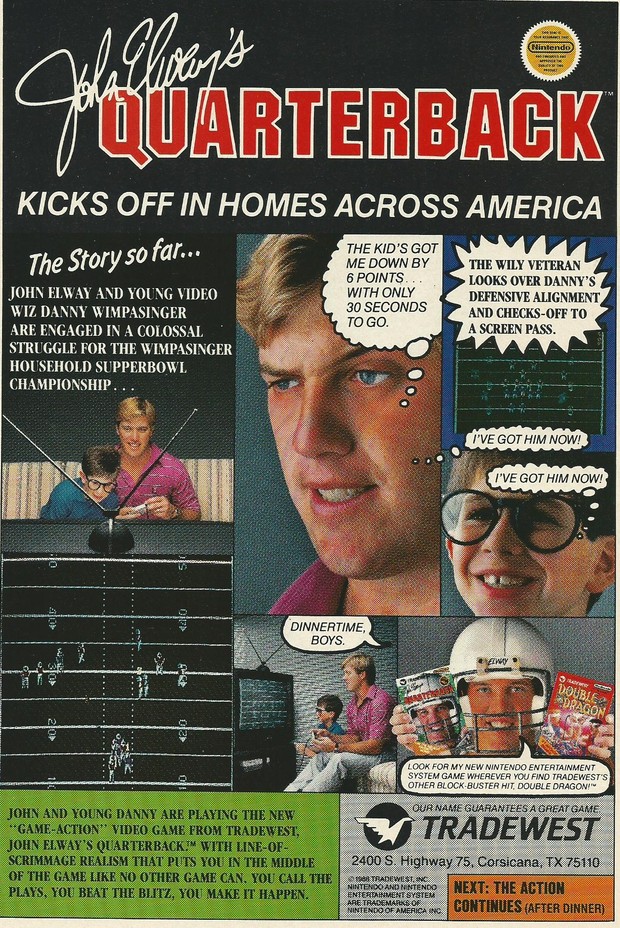 Some of these old ads emulated the comic book style and format. 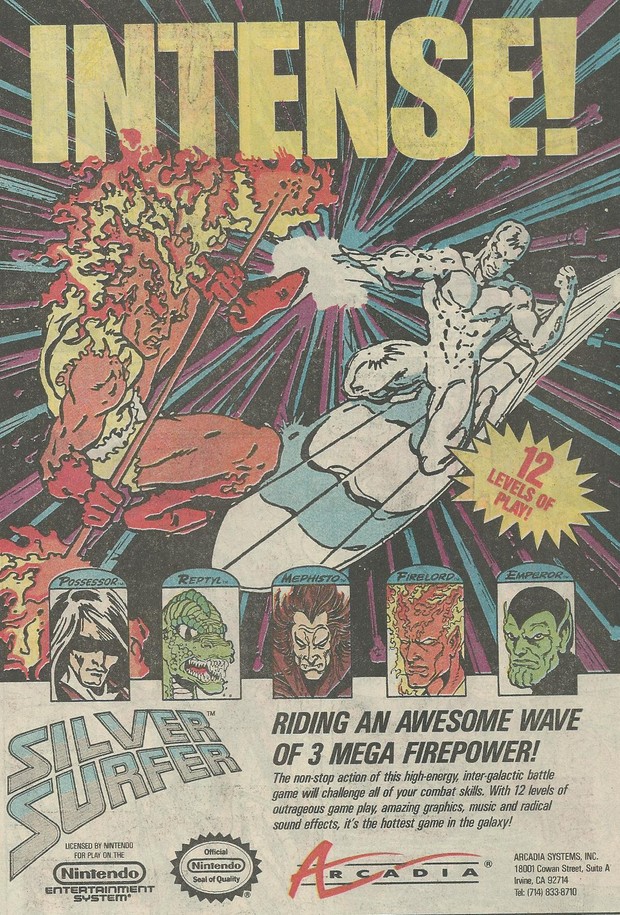 The artwork looks nice, but the ad doesn't explain the game very well. It describes it as a combat game, which is a somewhat vague statement. Is it a fighter? A shooter? 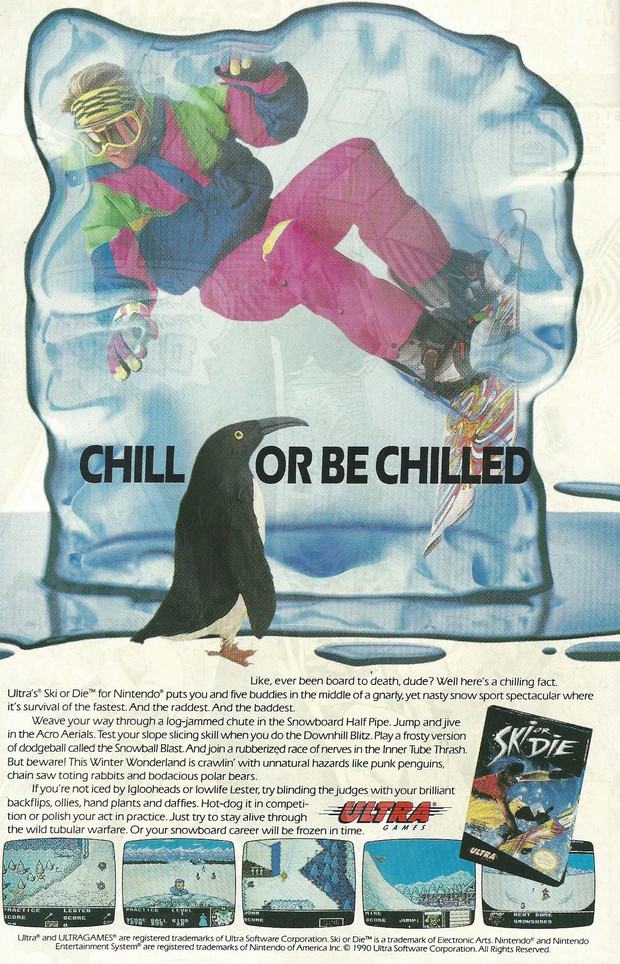 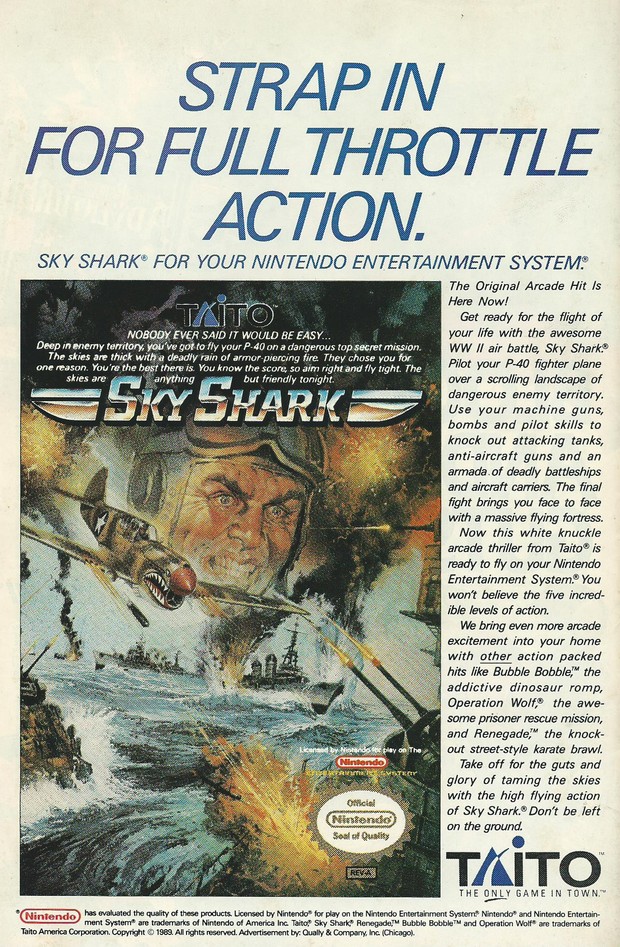 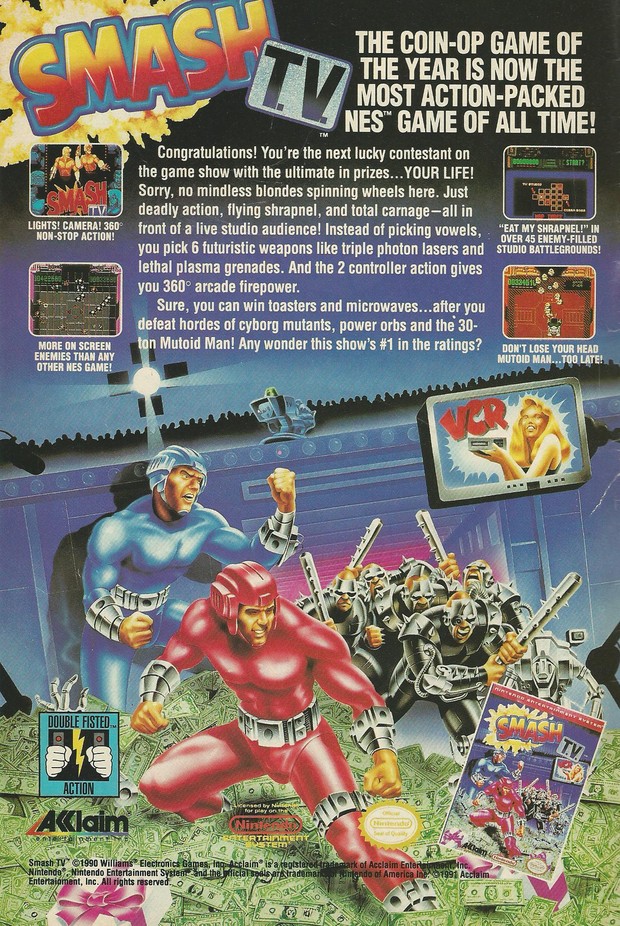 These are the kinds of retro ads I like the best. There's some cool artwork, accompanied by a catchy description and game screenshots. 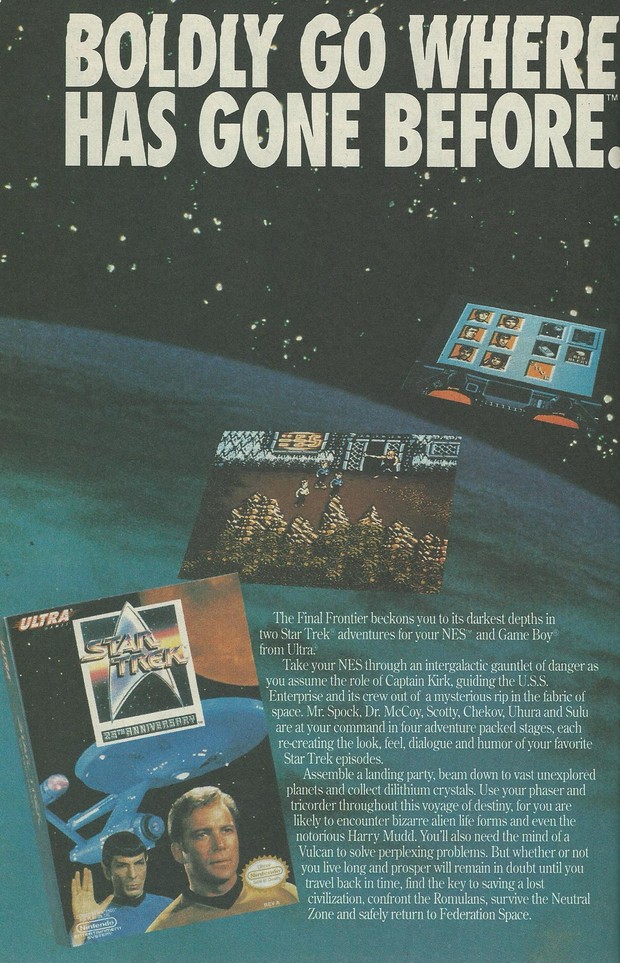 Part One of a two page spread. 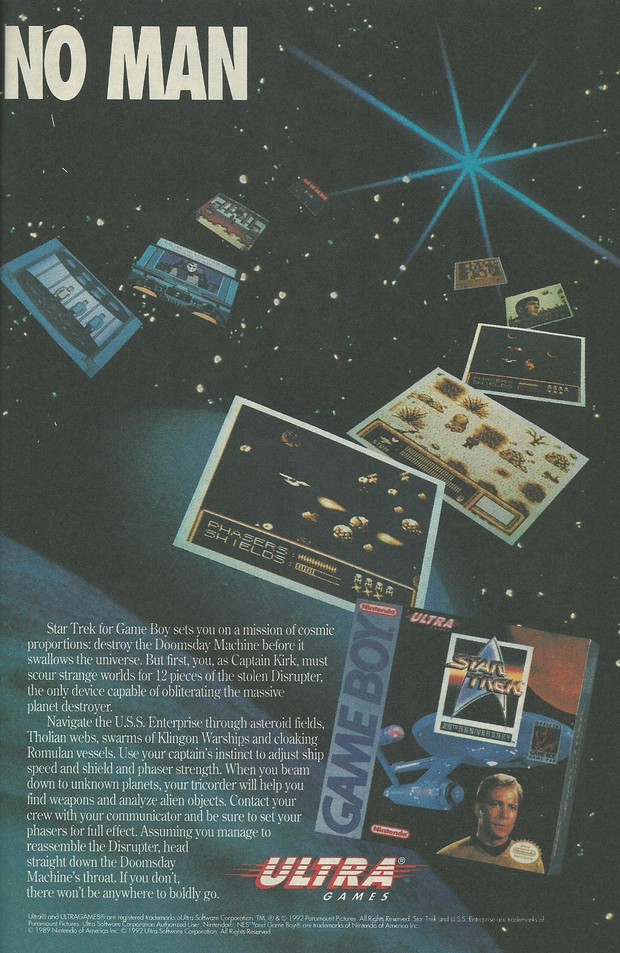 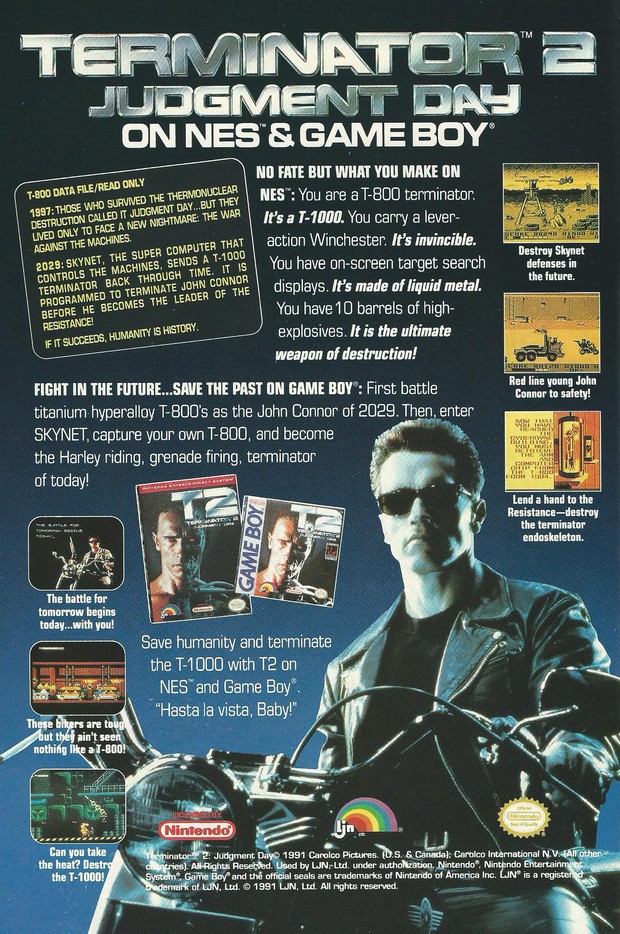 It baffles me a bit that a game based on an R-rated movie would be advertised to kids. 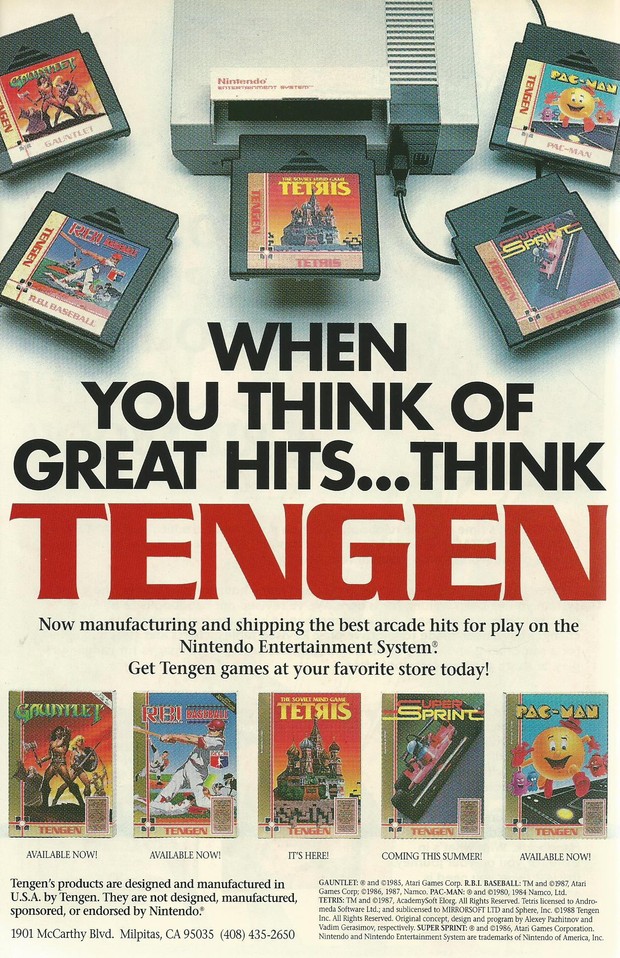 I'm very surprised this ad exists. These are unlicensed games that Nintendo sued Tengen over. How were these games advertised in the first place? 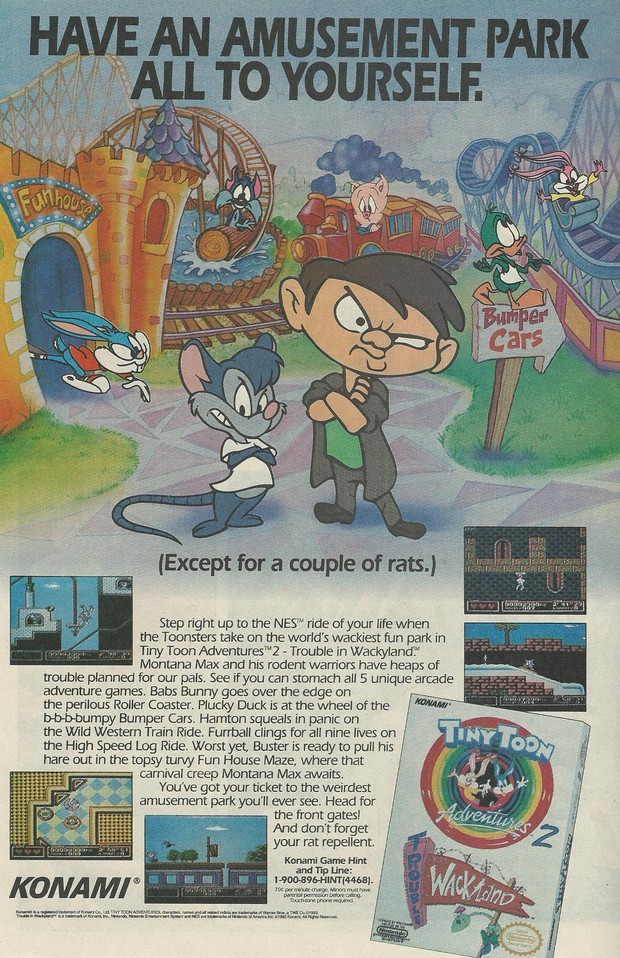 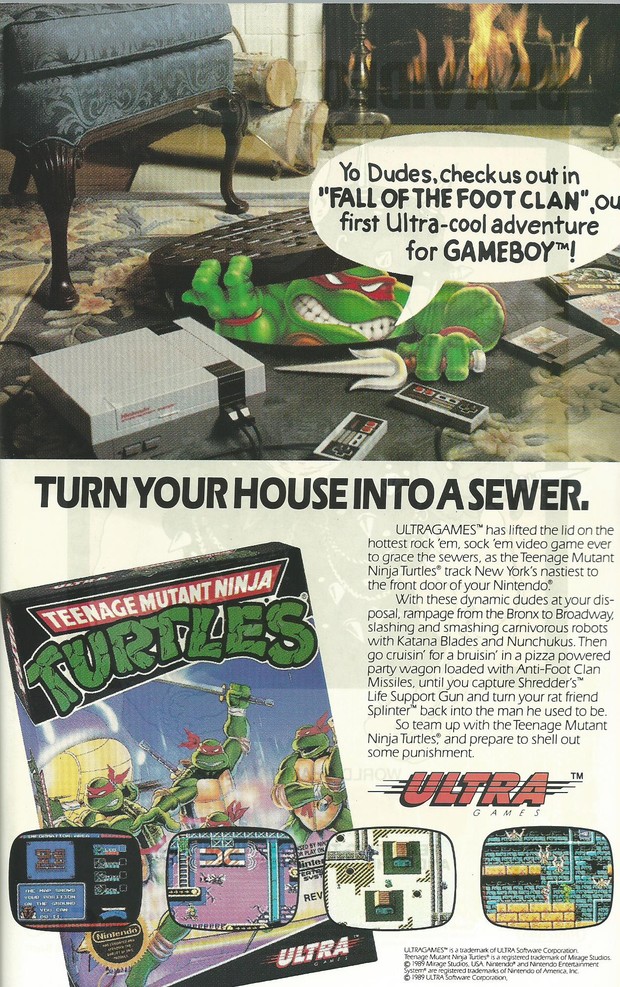 "Come to think of it, we probably shouldn't have bought a house with a manhole cover in the middle of the living room." 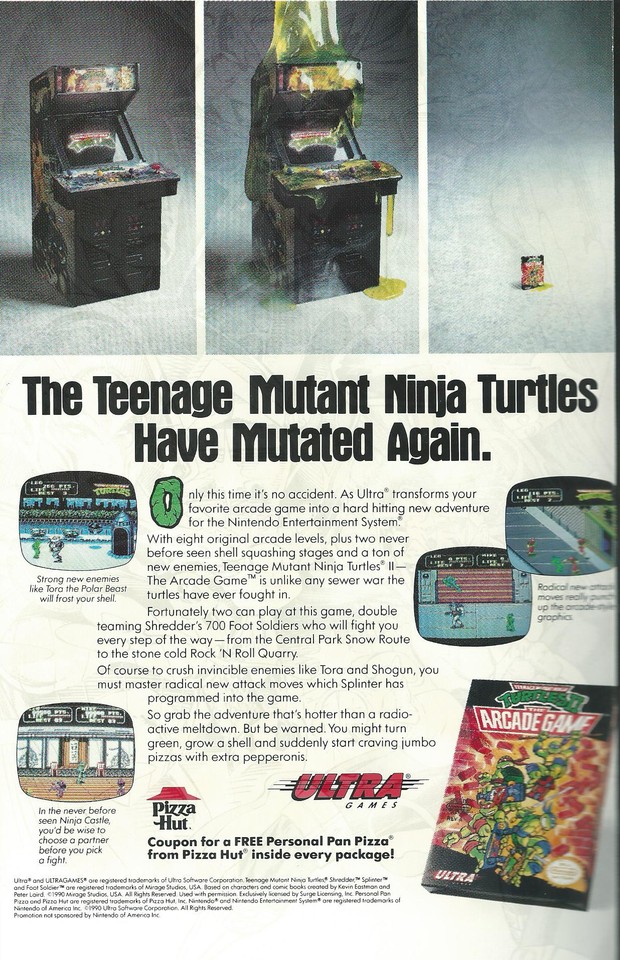 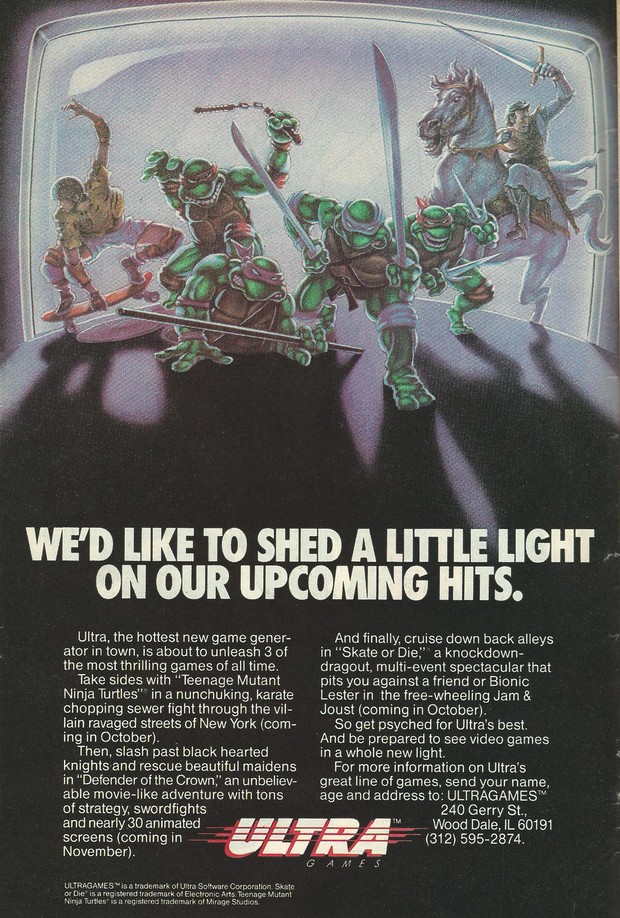 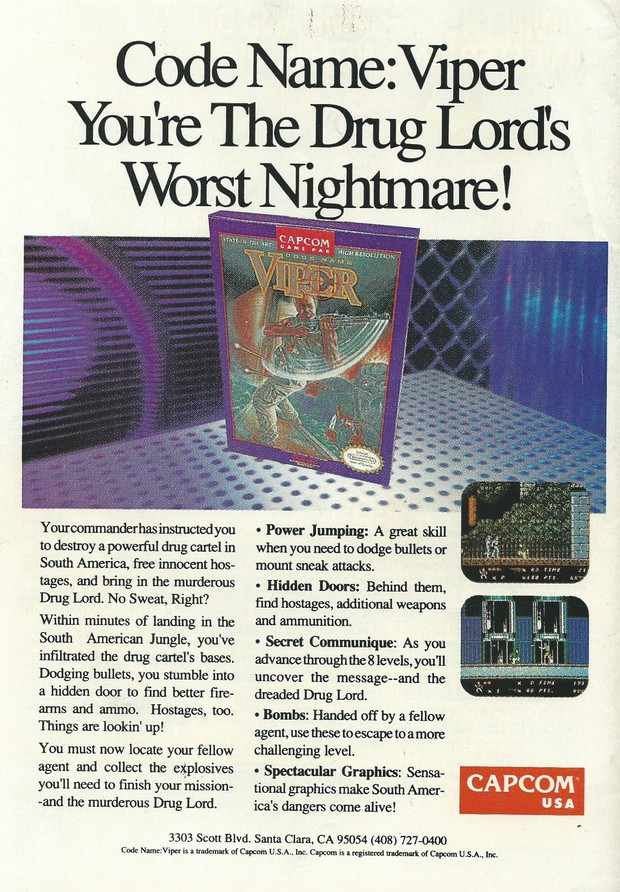 Taking down drug lords seemed like a prety common story trope in the 80's. 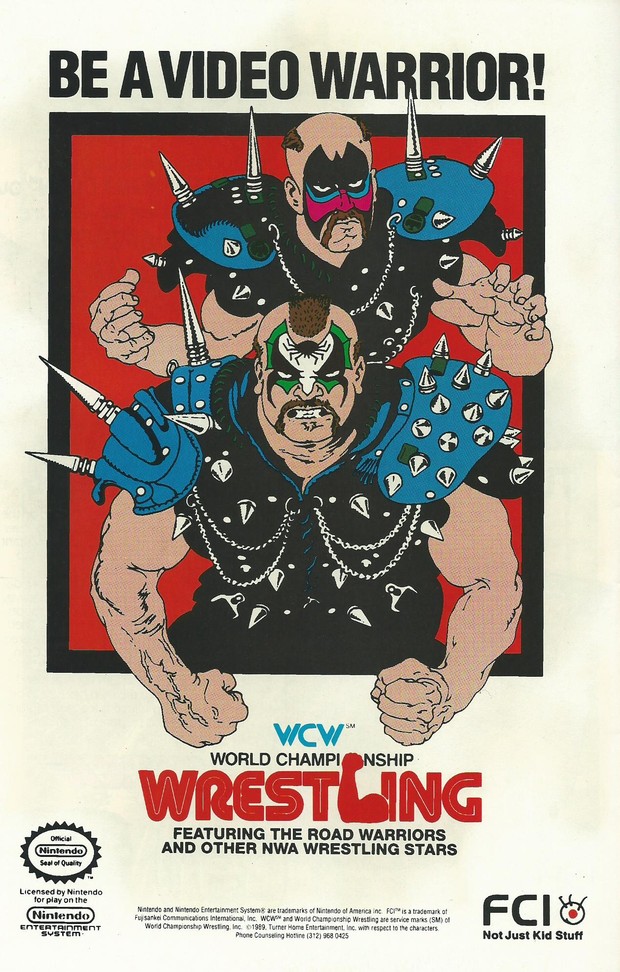 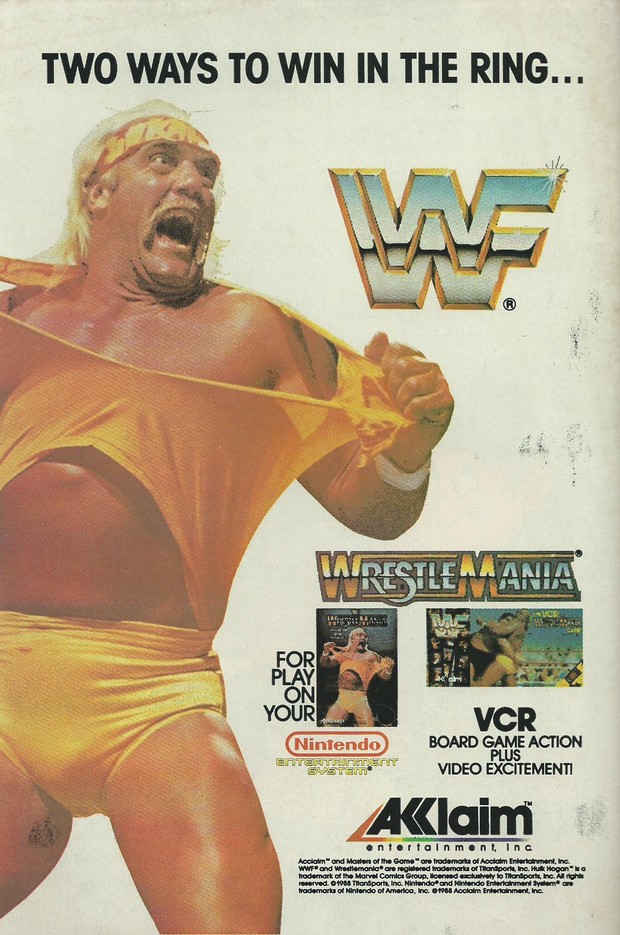 I wonder what that VCR board game was like. 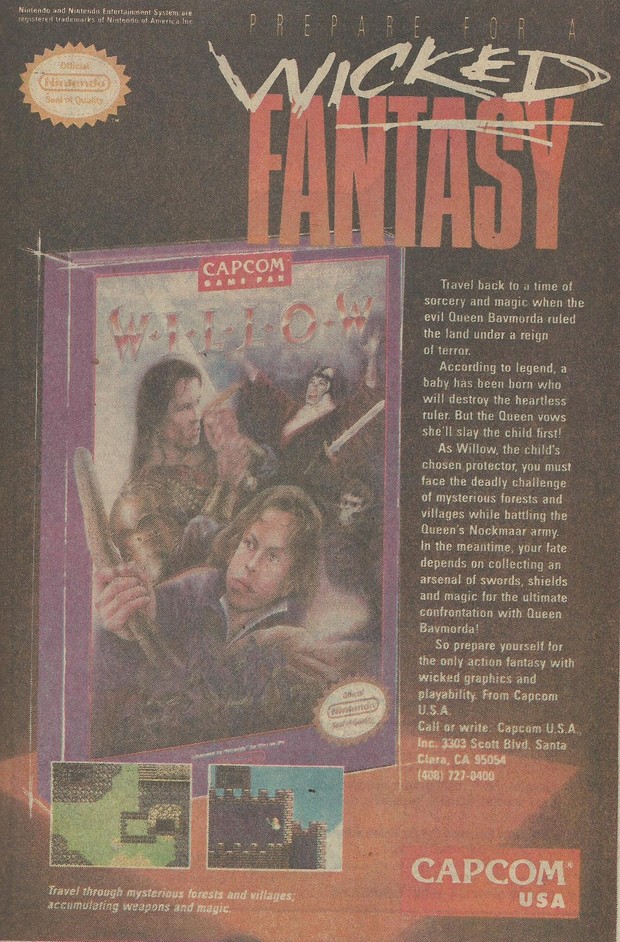 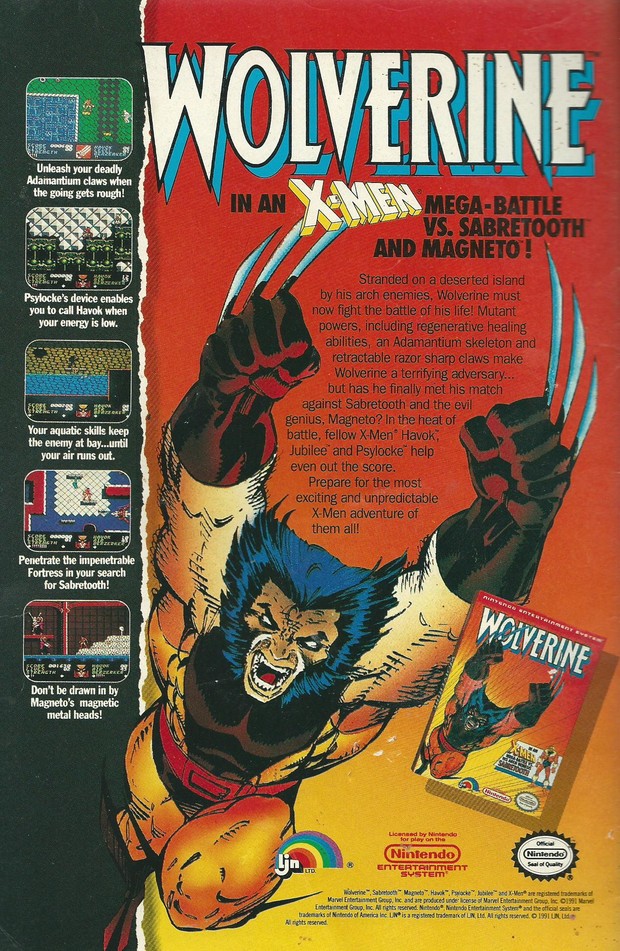 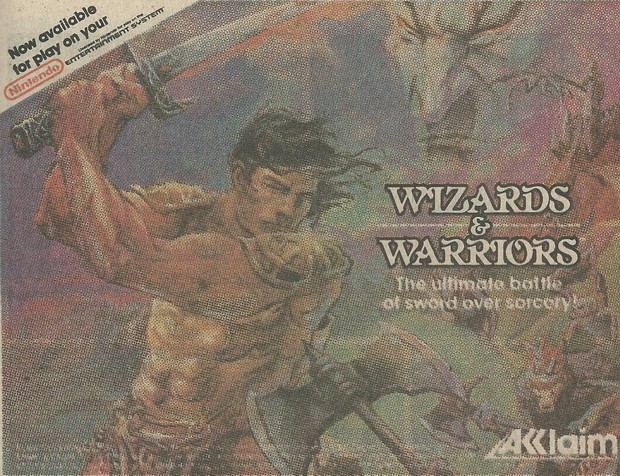 Apologies for the quality on this one. The paper itself wasn't in good shape and this was only a half-page ad. The artwork is a bit murky. 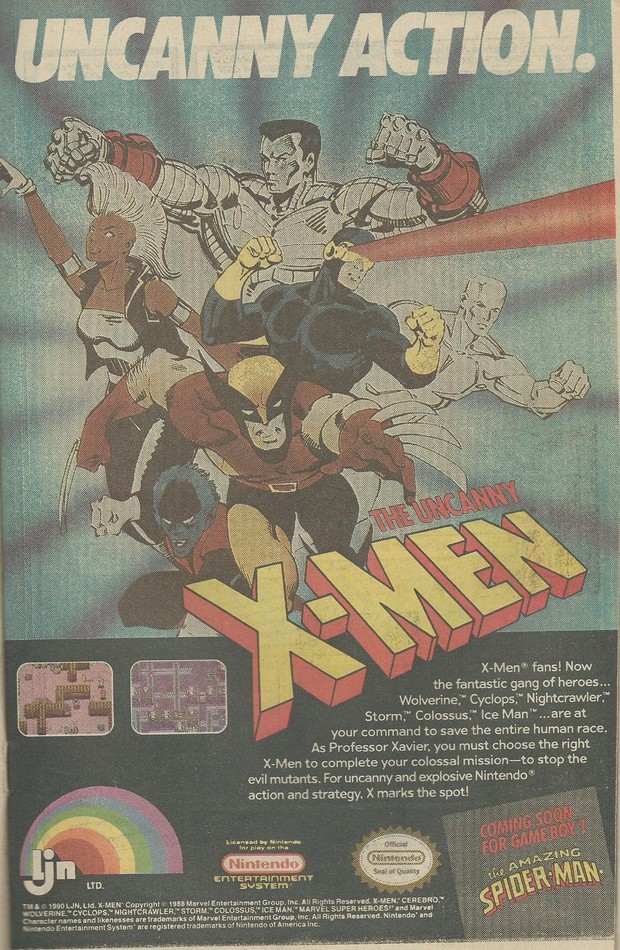 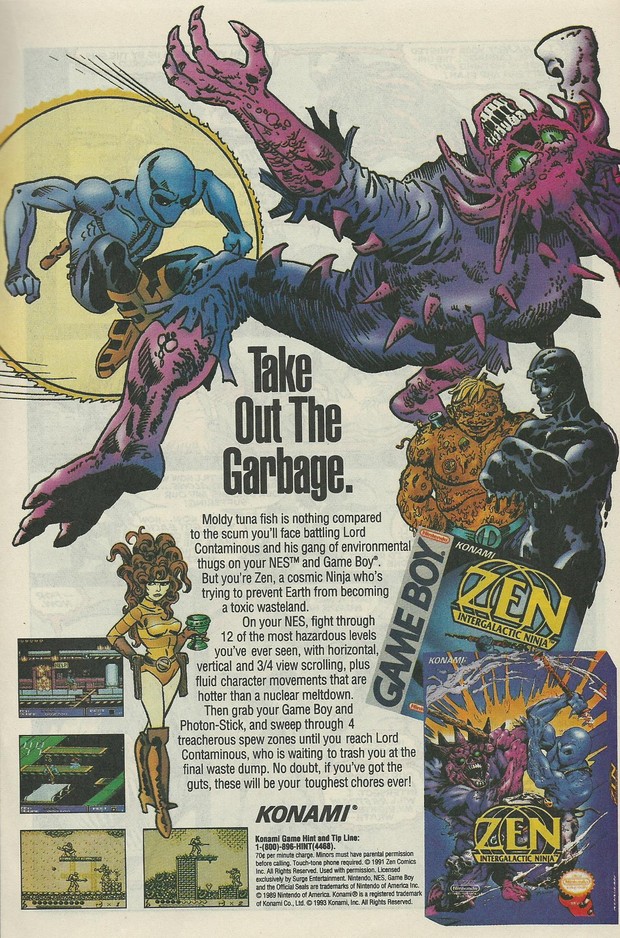 I have never heard of this game. The characters and art style look like something straight out of a comic book.