A Look at Video Game Ads of the Past: NES (Part 1)

Hello and welcome back to the second entry in this series, where we take a look at print advertisements of the past. If you missed the first entry, check it out for some neat Atari ads and the general outline for this series. As I mentioned in the first installment, all of the ads in this entry were taken directly from comics in my possession from the 80’s and 90’s, when the NES was king.

I have to preface this installment by saying that I was born after the NES's lifespan. I didn't read these ads or play these games when they originally came out, but there's something interesting about looking at these ads. I enjoy going to retro game shops and looking around at 30 years of video games. The vast majority of older games I've come across have no original packaging or manuals with them. It was fun looking through these ads, as they helped give me a look at how some of those older games were marketed when they were originally released.

Following the video game crash of 1983, the NES brought the industry roaring back to life almost singlehandedly. Before, video games were widely seen as part of a niche hobby or as just a fad. If they remained a niche hobby during the NES, it was quite a big one. During this time, there were ads not only for the games themselves, but products and merchandise associated with them. Video games and the NES helped grow the industry to greater heights than ever before.

In this installment, we take a look at not only games, but contests, toys, merchandise, and peripherals all under the NES flag. Because I found so many NES ads, this will be divided up into three parts. Compared to ads for the Atari, I ran across many more ads for the NES. As I flipped through old comics of the early 80’s, there might be only one or two ads for Atari and Intellivision games. By the late 80’s, ads for board games and assorted toys gave way to video games, which started taking more and more ad placement.

When looking through these old ads, I think it is interesting to see the stylistic choices used in the artwork and descriptions. Some ads chose to mimic the comic book style of word boxes, creating or continuing a short story in only one page. Some ads were just the box art of the game with some explanatory text. A few ads chose to use real life actors dressed up as characters from the games; this was done to varying degrees of success, in my opinion. The ads I enjoyed the most used the artwork for the game or artwork in the style of the game, with screenshots of the game scattered about the page; I think that the Castlevania 2: Simon’s Quest ad used this very well.

As a final notice before moving on, I suggest using the gallery function at the bottom of the page for the best viewing. So, enough gab from me. Let’s look at some totally radical ads!

Wow, there were a lot of accessories and add-ons for the NES. I think it is neat to look back at the accessories that seemed like such revolutionary ideas at the time. These will optimize your gaming experience, letting you game like never before! Except, a lot of these didn't work so well... 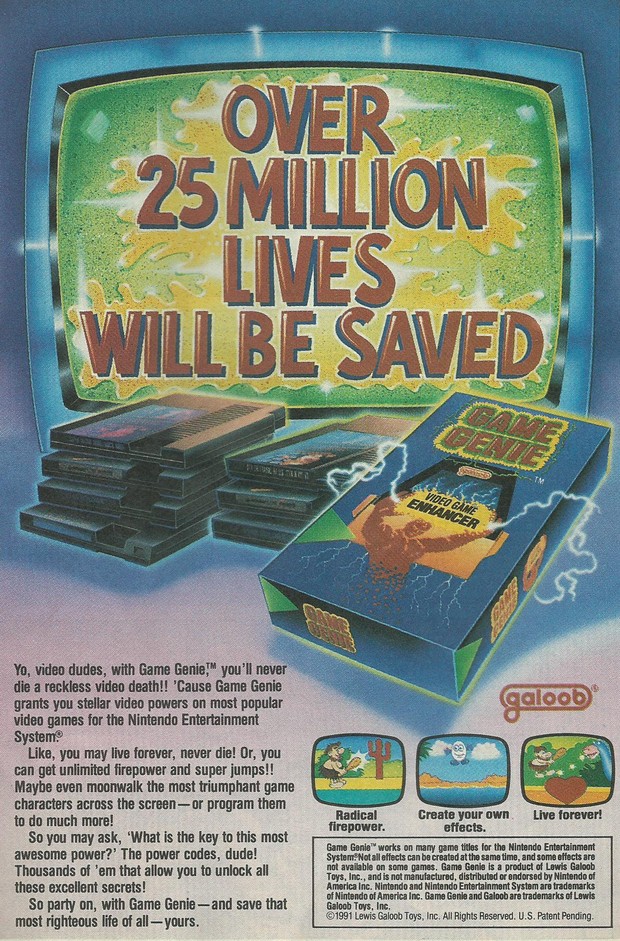 Look at all that righteous, radical lingo. 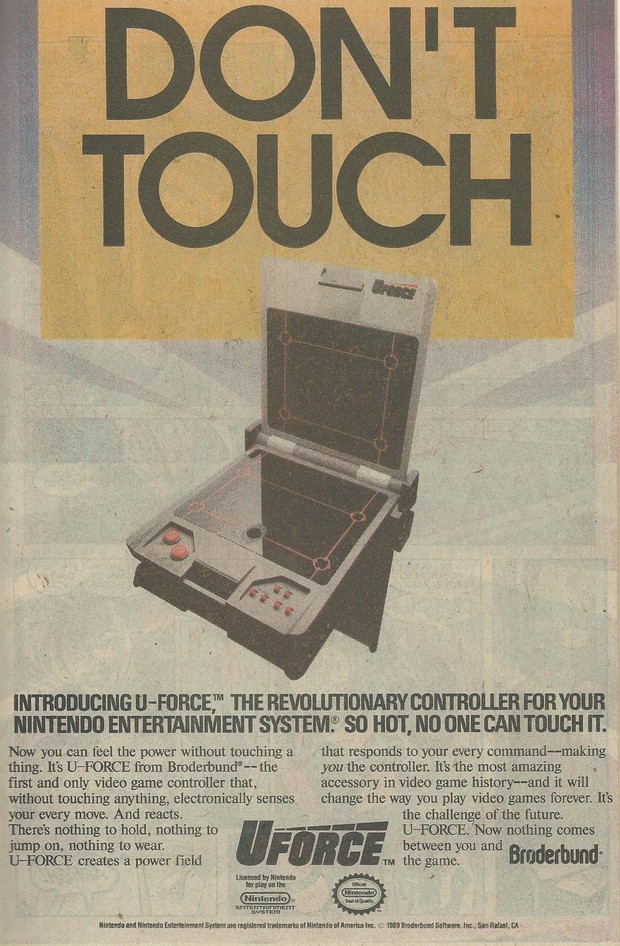 From what I've heard, this was actually a pretty decent piece of tech. Did anyone have one of these? 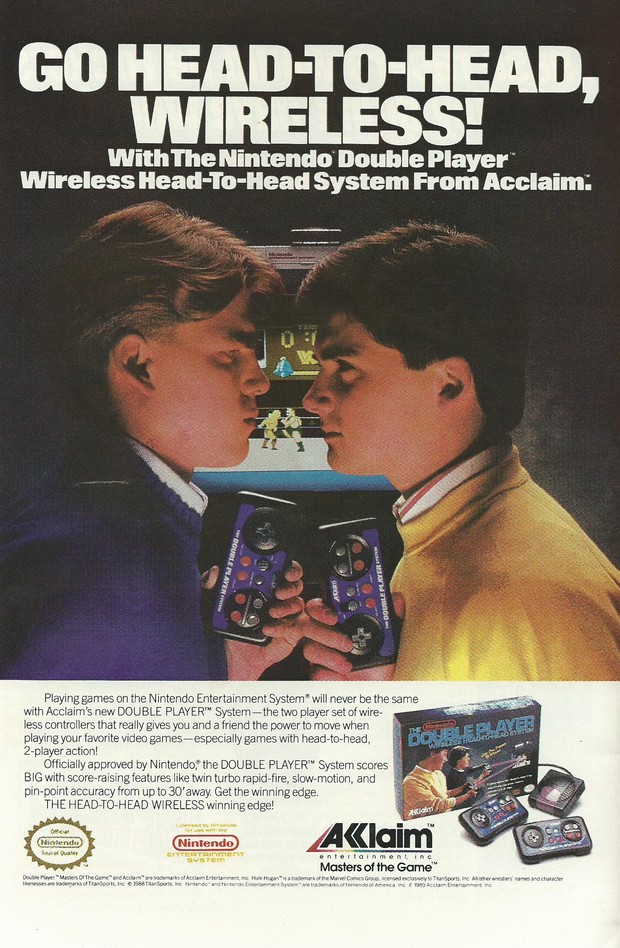 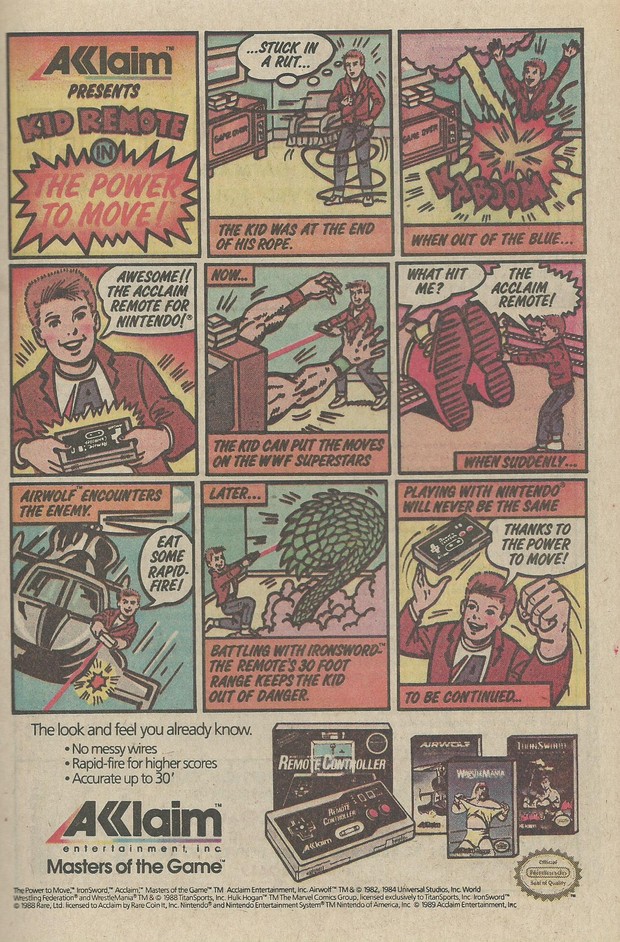 A lot of the earlier video game ads used this comic book style, since they were printed in comic books. It made the products or games look like a big adventure. 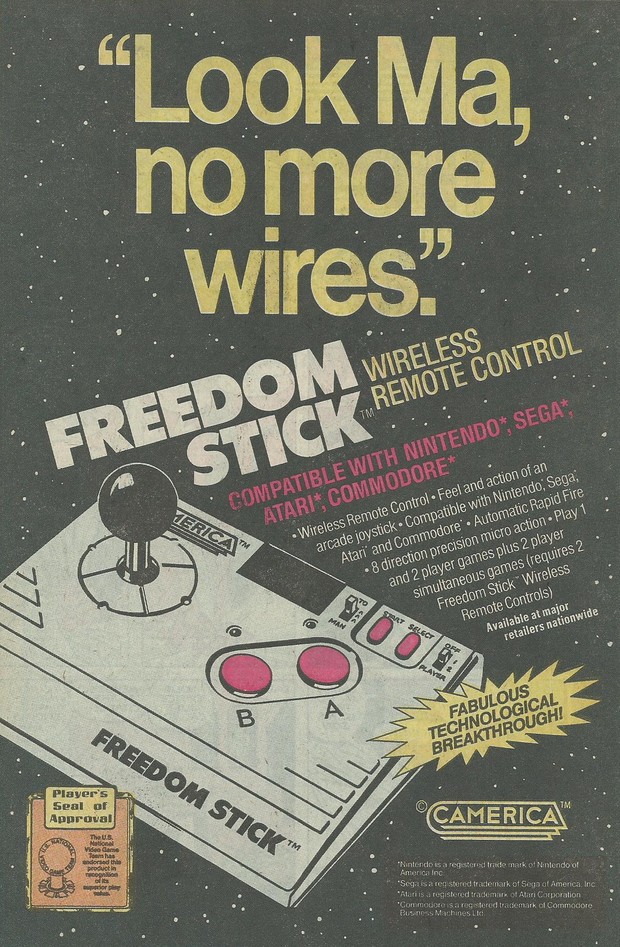 Gotta have an arcade stick. 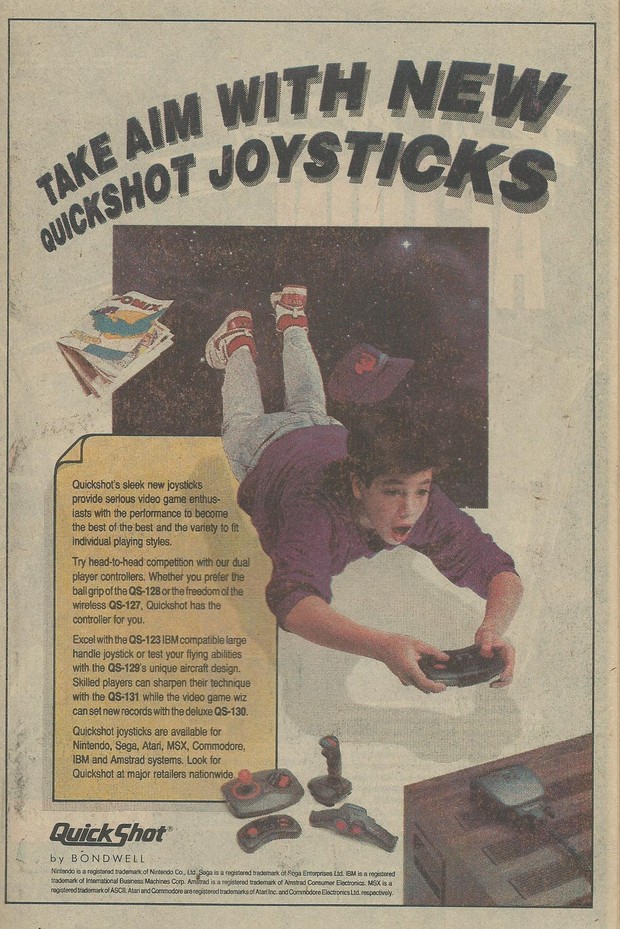 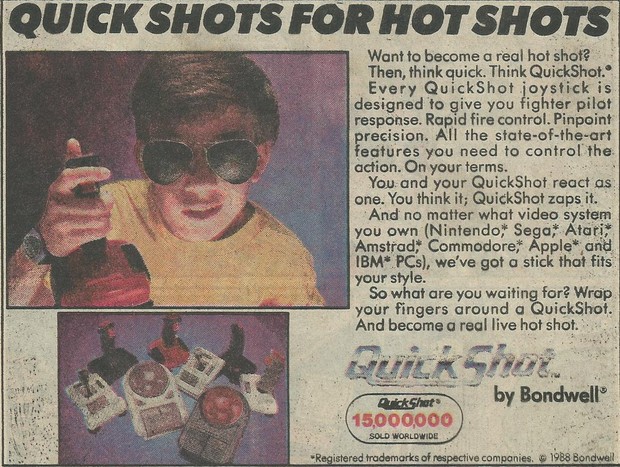 From handheld versions of NES games to posters and personal accessories, there were a good deal of products relating to the NES. Some might be best left forgotten, while others look really cool. 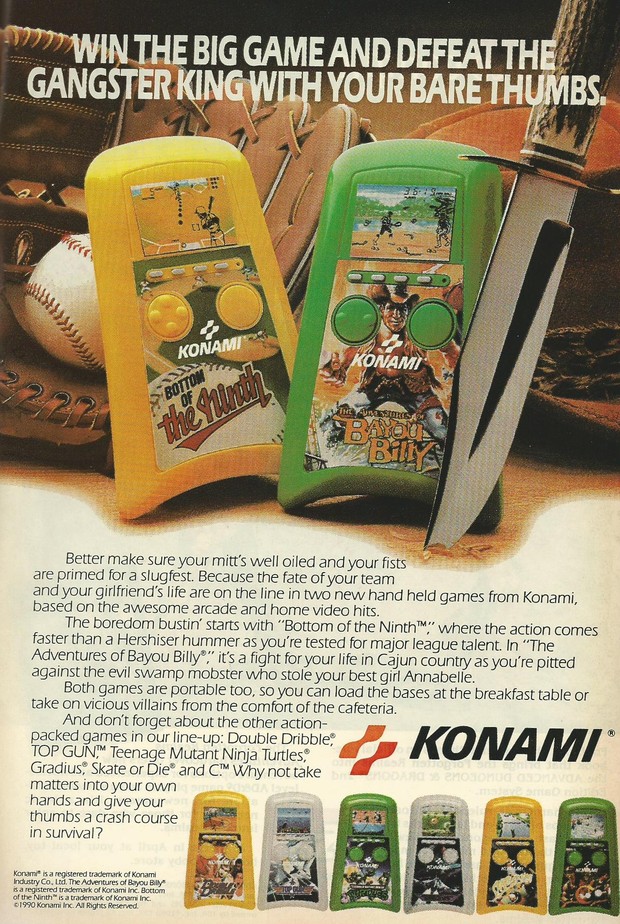 I've heard many mixed things about these handheld games. Were they as bad as people make them out to be? 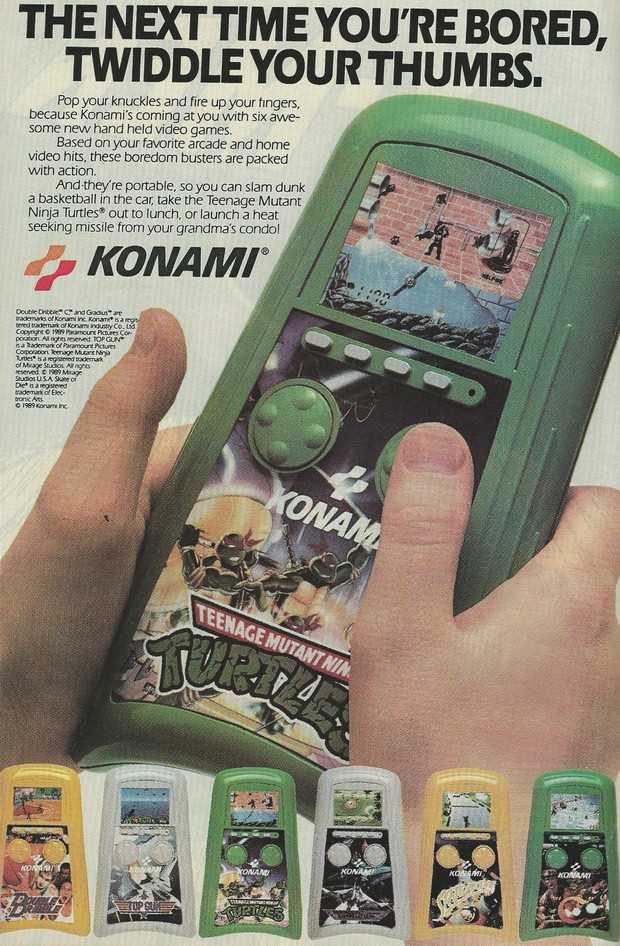 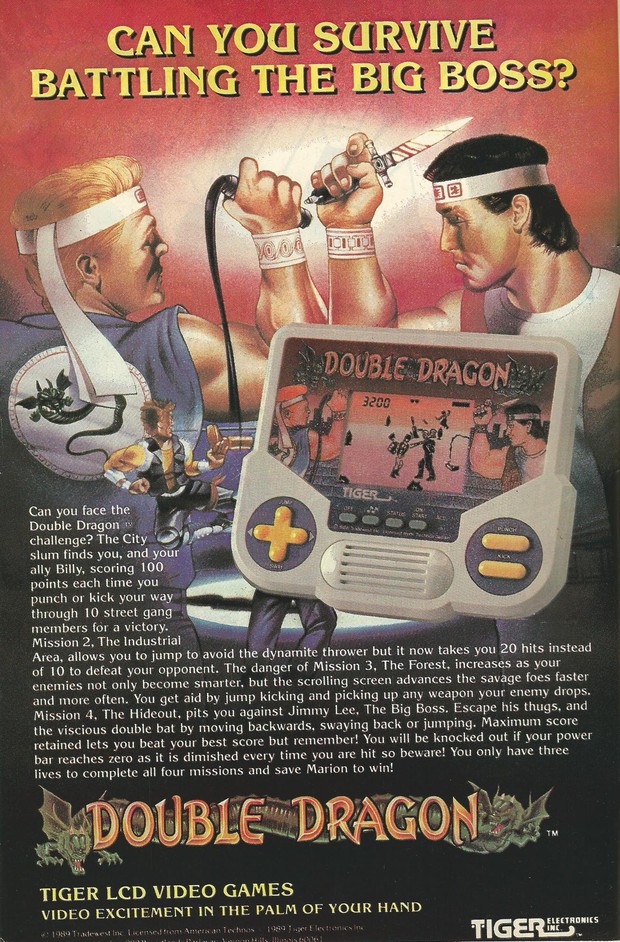 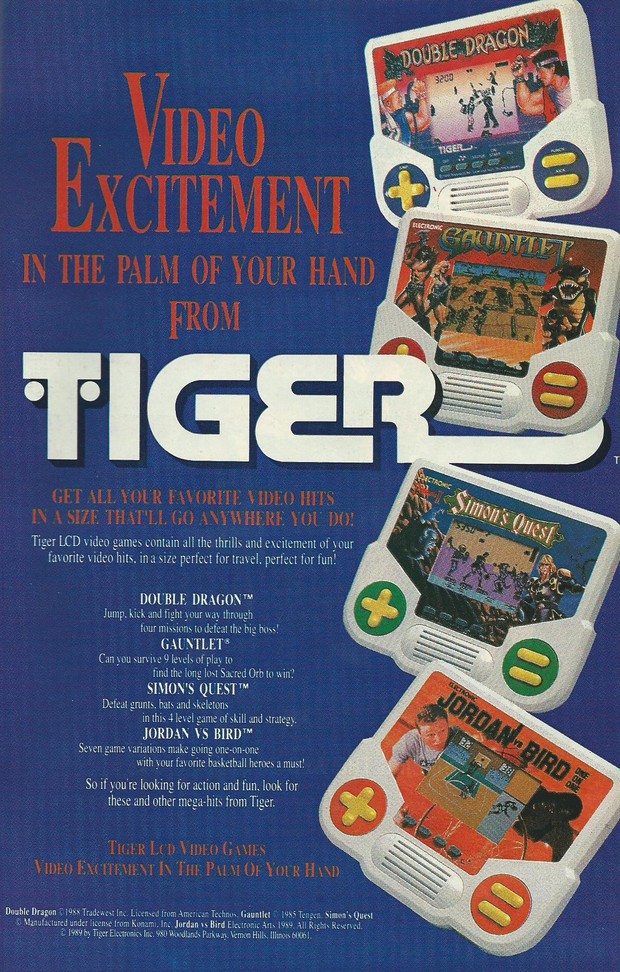 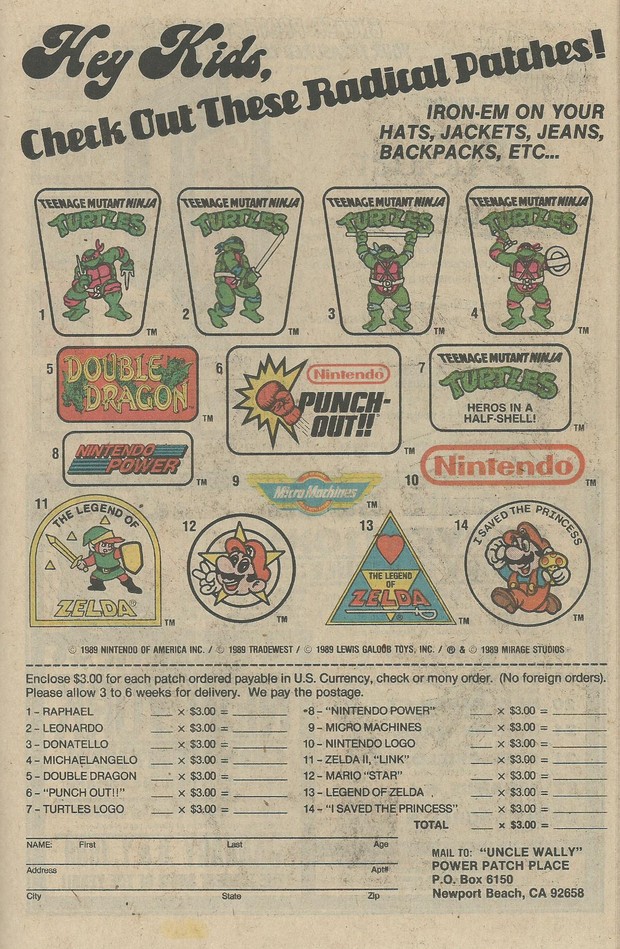 I wonder if "Uncle Wally" still accepts these? I may order those Zelda patches; I'll be the coolest kid at school with those on my backpack. 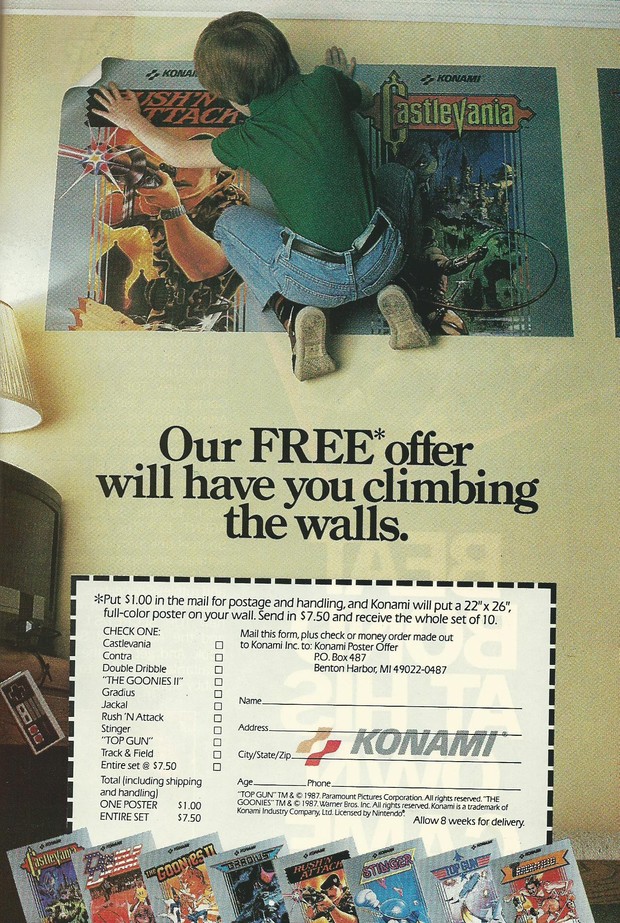 These genuinely interest me. The artwork on the early Konami series of games was some great stuff and the grey boundary a nice touch. I wonder how many of these are still around in good condition? Konami should seriously consider selling these again. 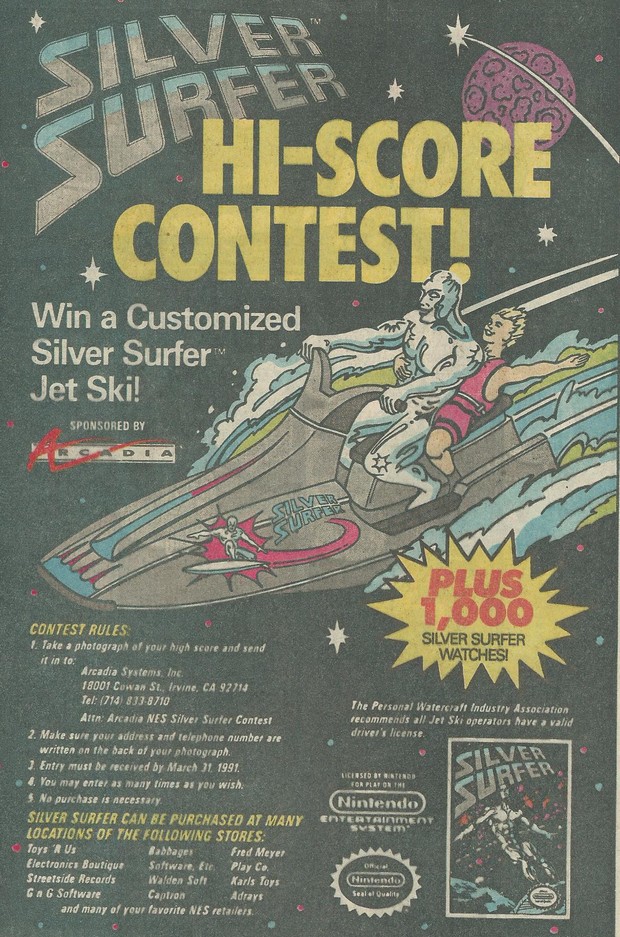 Contests like these always make me wonder what the final result was. Who won the contest? Do they still have the grand prize? This one in particular makes me jealous. Some lucky kid has been jet skiing around space with the Silver Surfer for twenty five years, exploring the grand cosmos while us mortals can only dream. Plus, they have 1,000 watches, so they never forget what time it is. 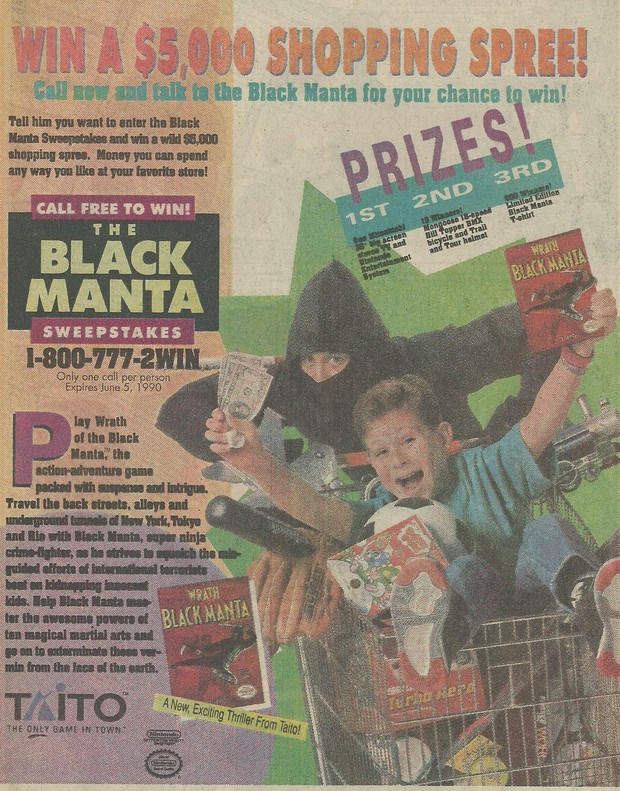 I always wanted to win contests like this as a kid. Winning a shopping spree for toys and games would have been a dream come true.

Whether the game was classic or crap, I included the ad anyways. I do wonder, though, how many kids were suckered into buying a crappy game based on a cool-looking ad? 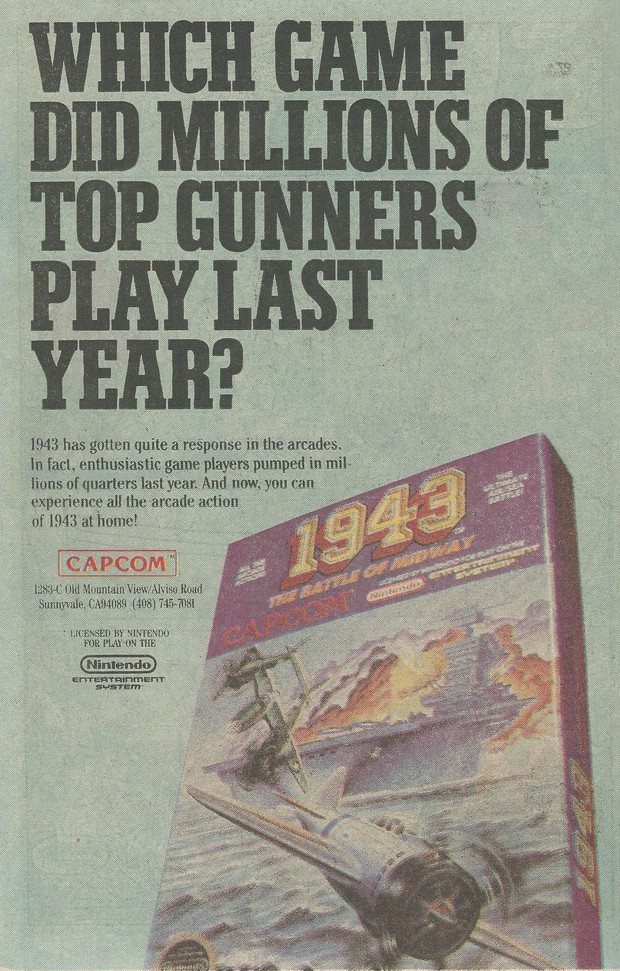 This was a phenominal arcade game. I wonder how the NES port holds up? 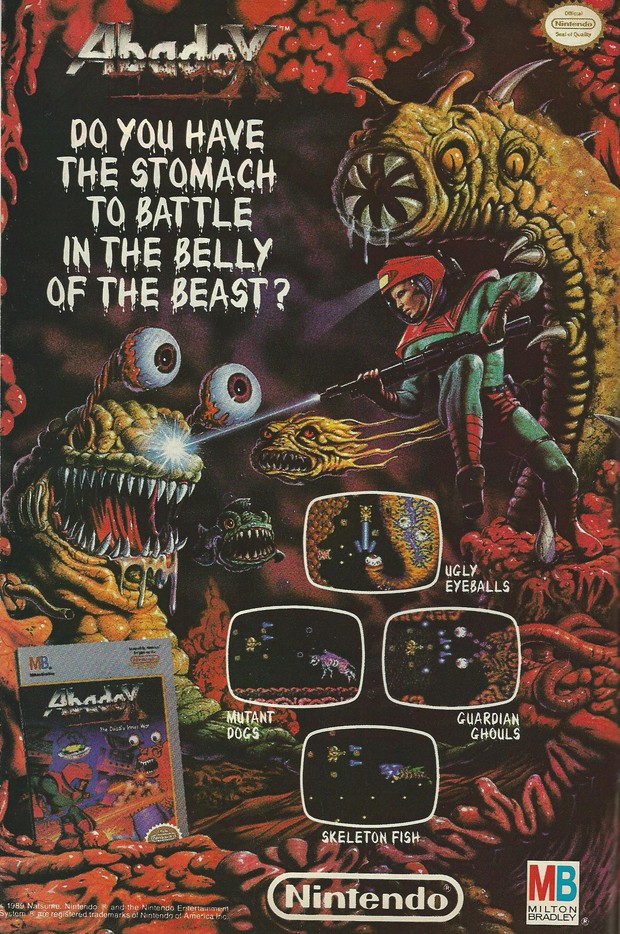 I had never heard of this game before finding this ad. The artwork looks great and creepy, though! 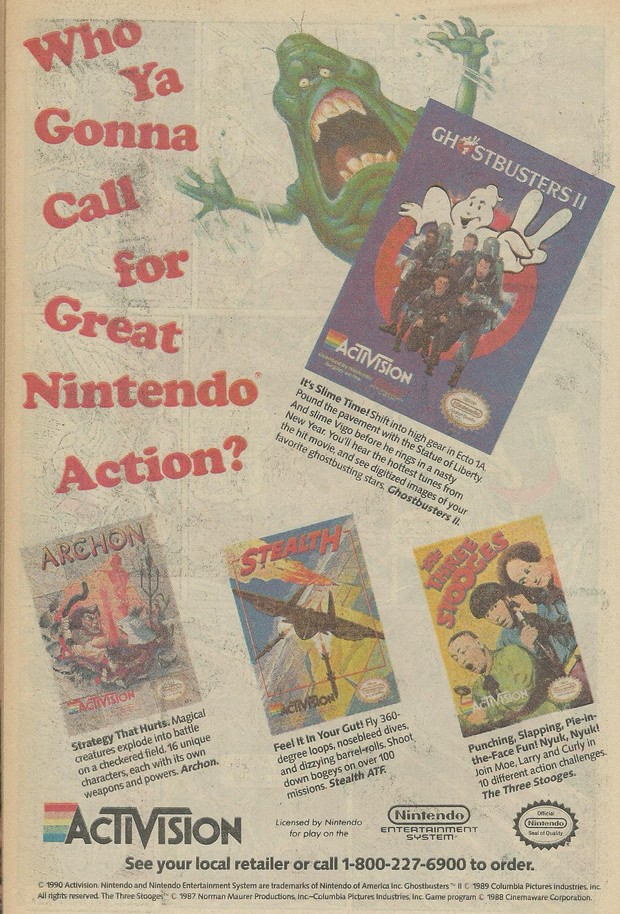 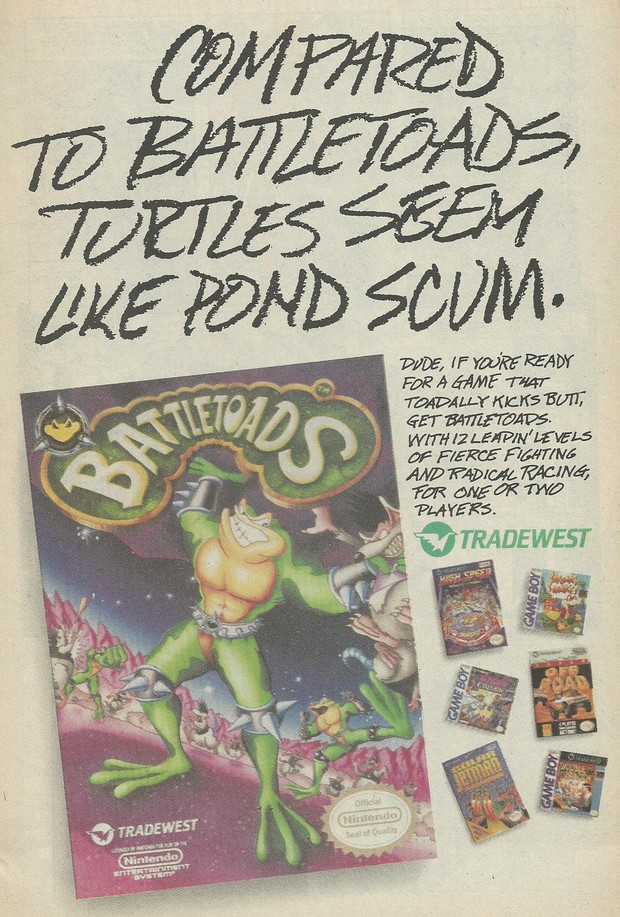 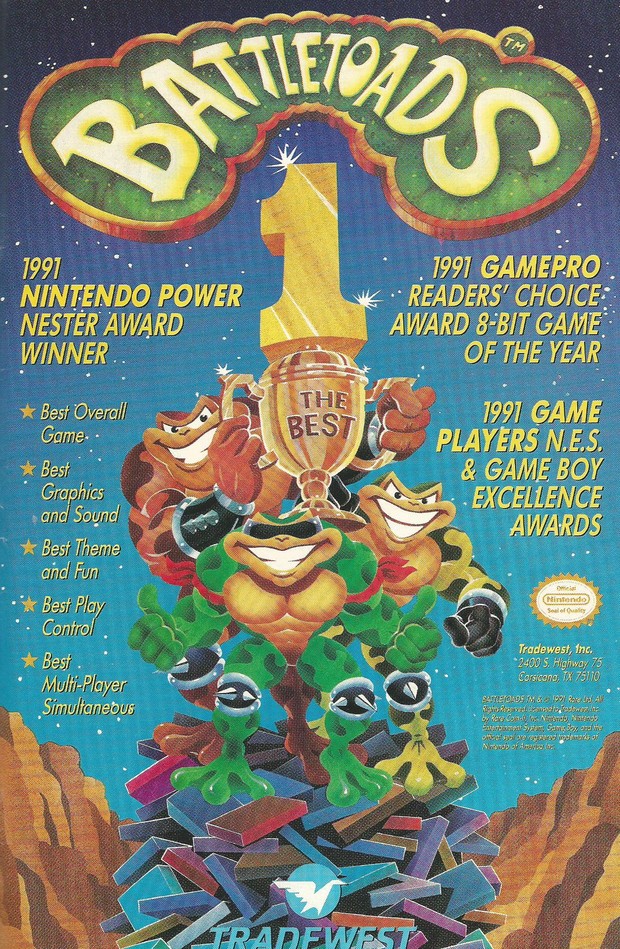 What are they standing on? Is that a mountain of books? Blocks? Binders? Maybe I'm overthinking this. 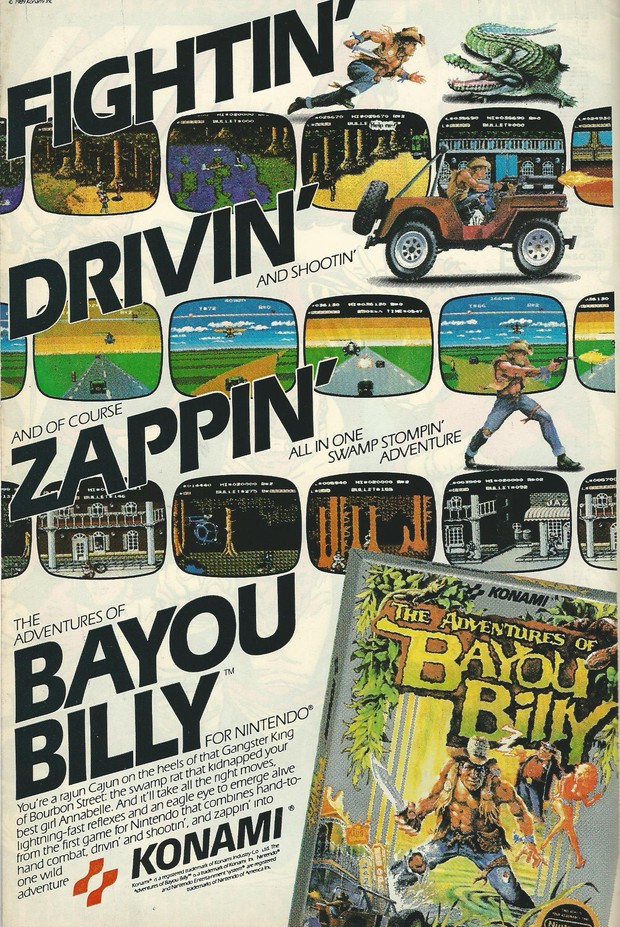 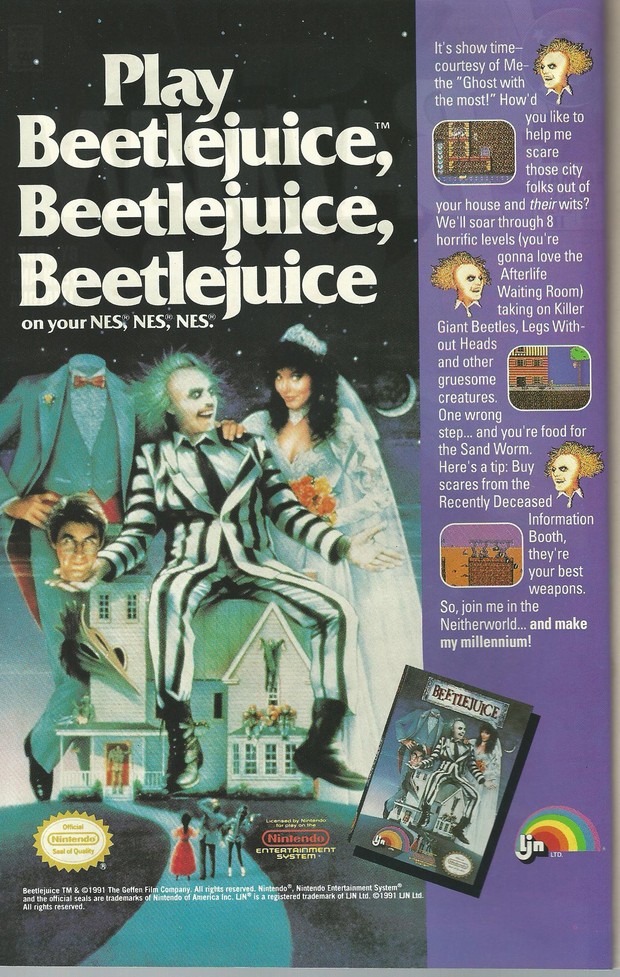 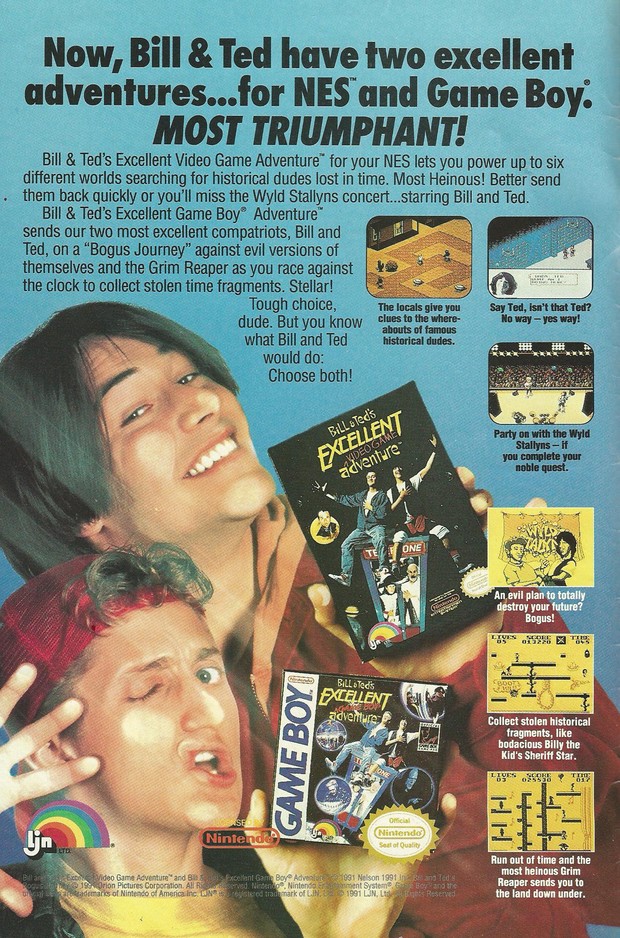 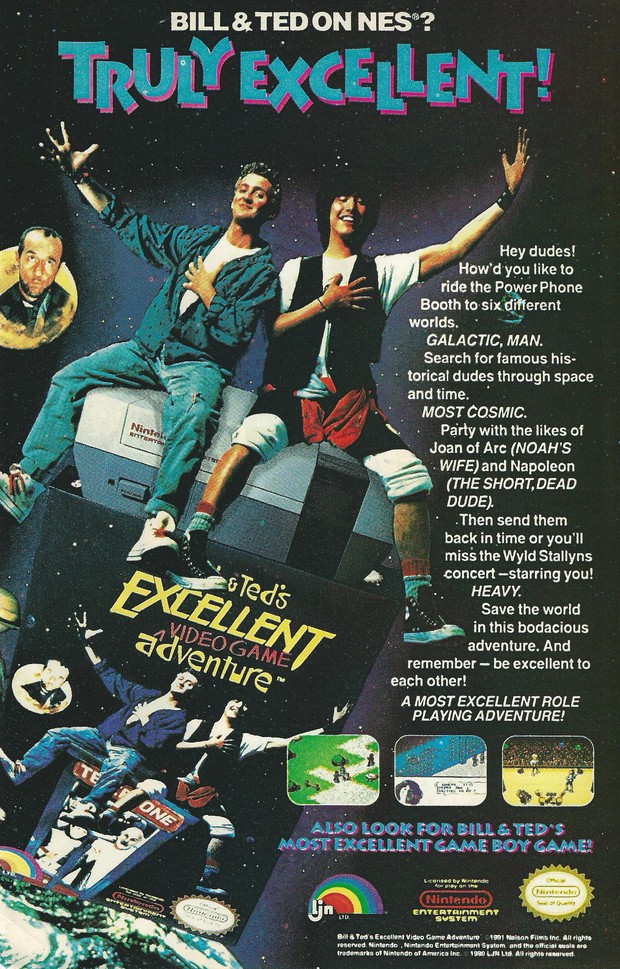 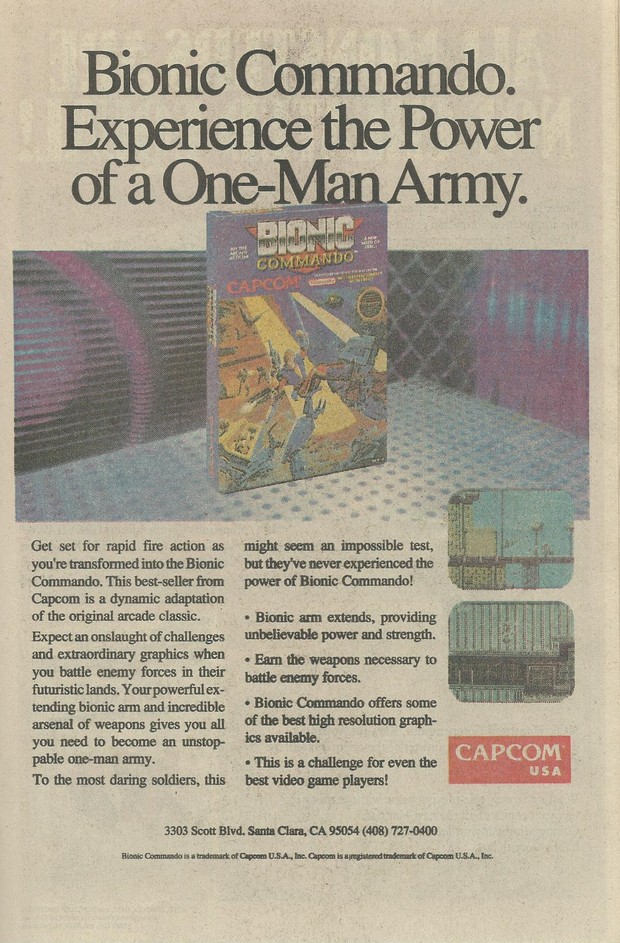 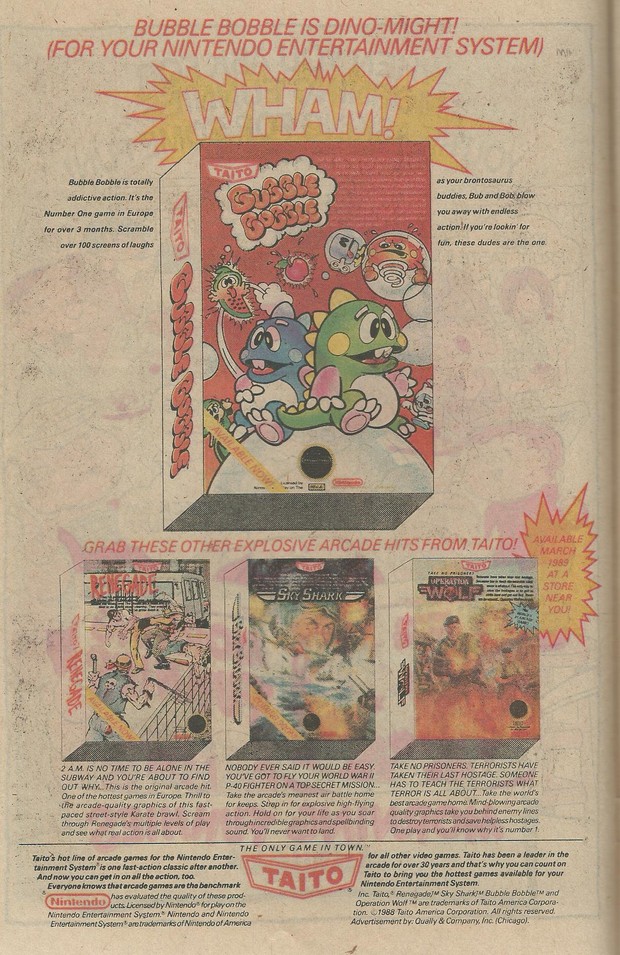 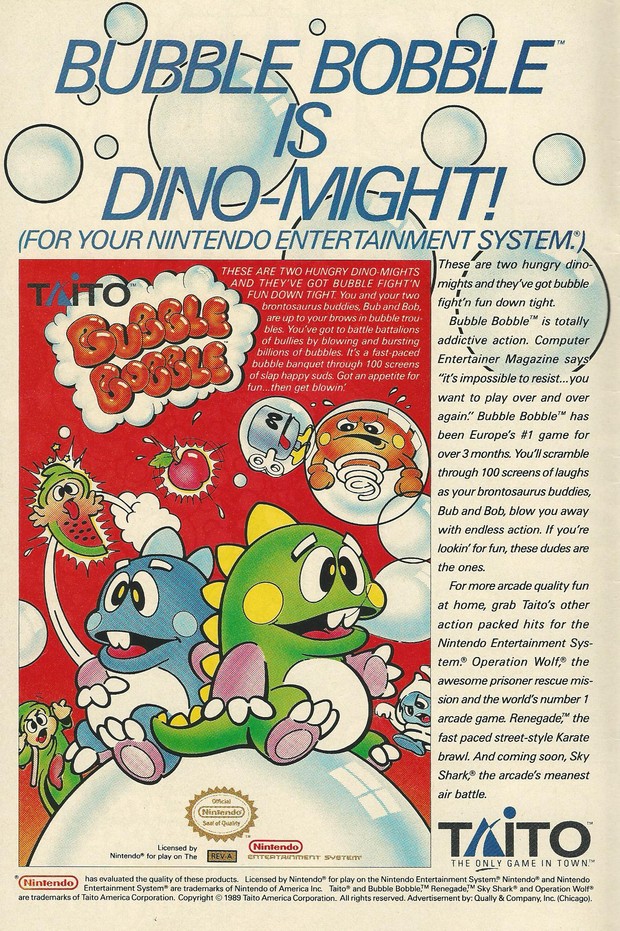 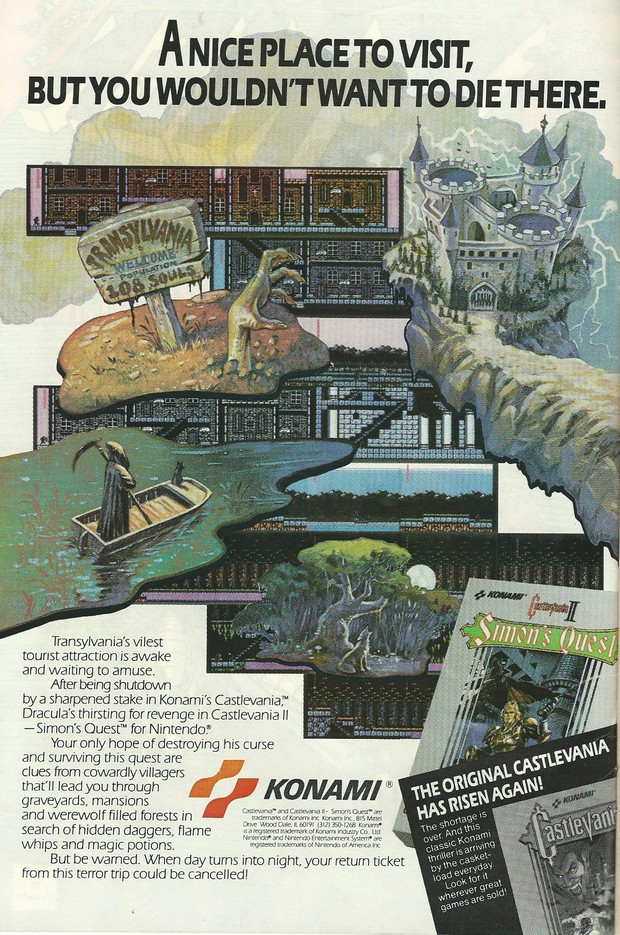 I really like the blend of the artwork with the screenshots of the game itself. A nice collage of creepy imagery. 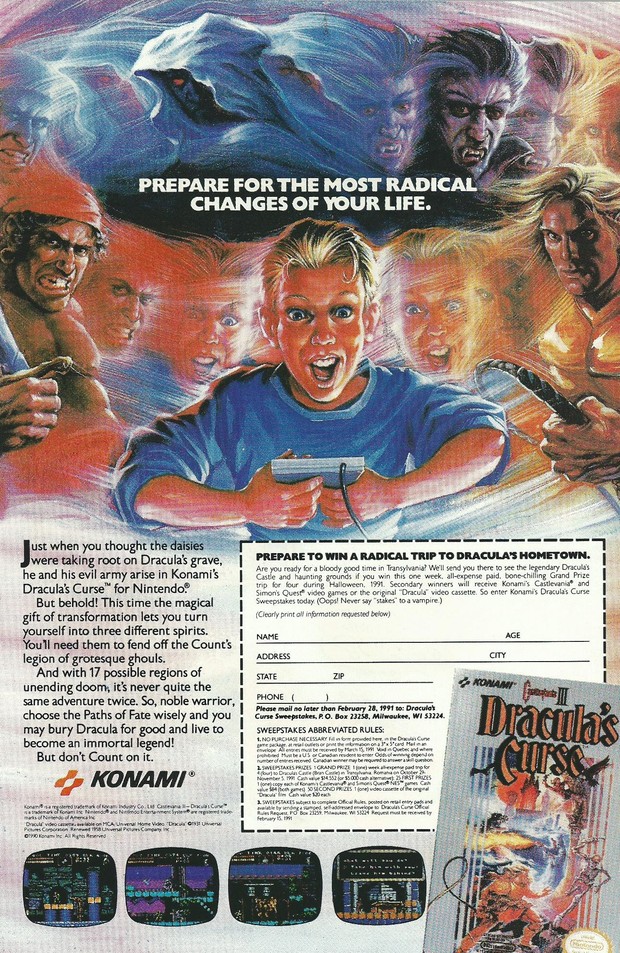 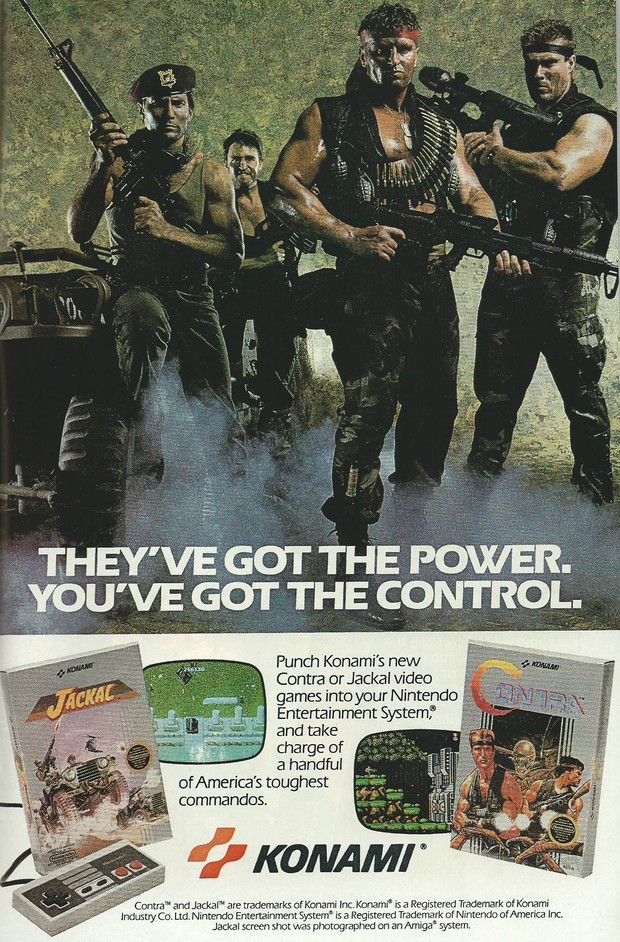