In Canada we don’t believe in spelling out acronyms, so from here on out, I will be pronouncing it as Goaty. I lamented for days about how I was going to write my Goaty blog, as this is the first time that I have ever (un)officially done one. Bbain knocked it out of the park with his awards, my current personal favourite, but many others have done great jobs as well. Of note, Dreamweaver’s list was exceptionally comprehensive, Rust Cohle stepped away from AAA fanboyism, and Phil’s blog was awesome but just made me want a philly cheese steak. And to have sex. Possibly, with said philly cheese steak. So without any further ruckus, that means you Hoffman, here is my Canadian Goaty list. 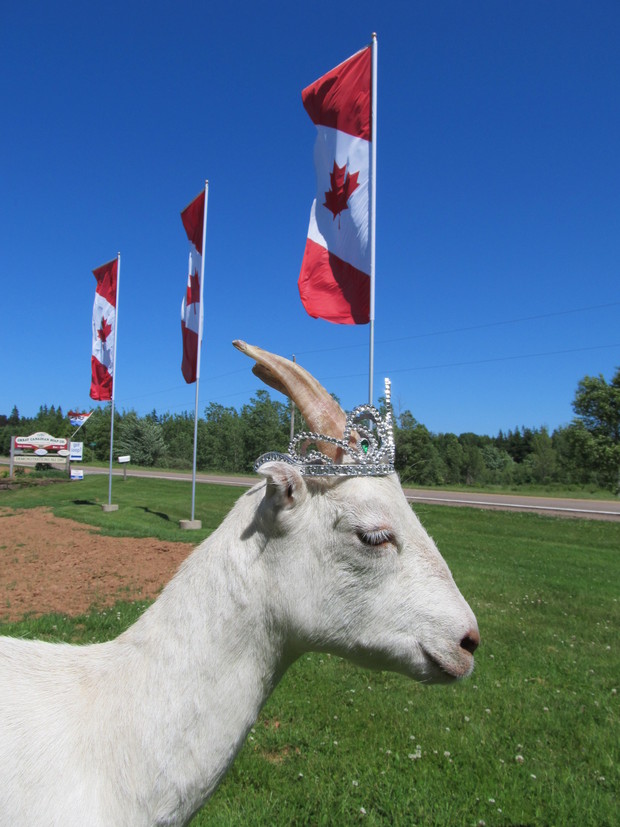 I’m surprised I haven’t seen this a little bit more in lists, because it’s one of my serious contenders for the best game this year.  From the get go, this game has everything that I want from a 3rd person action game with the combat style made famous by the Batman and Assassin Creed games, among others. First off the combat is exceptionally fluid, and as you gain new skills it allows you to seamlessly flow from enemy to enemy in a plethora of different ways, with all the ensuring blood and decapitations you’d expect from a game based around killing orcs. As mentioned, the skill tree really is exceptional. No skill is pointless, and smart players will utilize each new ability as a method to expand combat in previously unforeseen ways.

The Nemesis system has been discussed at length, but it really is one of the defining features of this game. It’s so intricate and thought-out, I refused to complete the game for some time because I enjoyed working my way through Sauron’s ranks and then resetting them. Branding adds an entirely new dimension to the game, and another great way to work your way up through subterfuge. I don’t know if I have a bad thing to say about this game; it really is the complete package in a game. 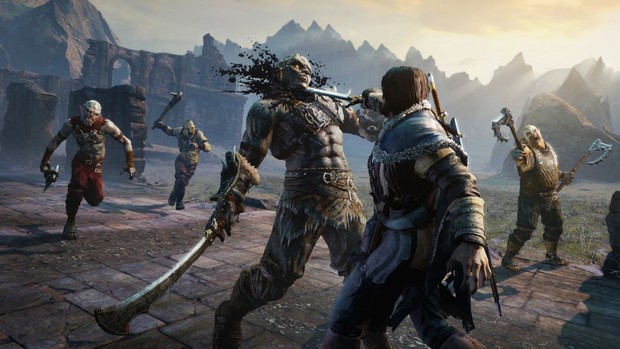 Obviously. I think my real Goaty is between Farcry 4 and Shadow of Mordor. Why? Because they both have everything you’d expect from their genre without useless filler or gaping holes. Farcry 4 takes your typical first-person shooter and adds a hint of Dishonoured, a hint of Tomb Raider/Unchartered, something magical that can only be found in Kyrat, and more wildlife than you can shake a harpoon gun at. While many people may have considered it to be a repaint and repeat of Farcry 3, I would argue that they have improved upon everything that made the 3rd game a success.

Too many games nowadays try and shy away from a tried and true method, and end up with catastrophe. Assassin’s Creed Unity was not just a flop because of its bugs, but because of the new system of combat and movement that had not been flushed out like previous games. Another prime example: Red Faction Armageddon was a joke compared to the brilliant open-world Guerilla. While some games have gotten stagnant through too much repetition (ex. Assassin’s Creed, Batman, Call of Duty)

So Ubisoft took everything that worked well from Farcry 3, and improved the combat, added new weapons, expanded the wildlife and its AI, added some great new methods of transportation, some memorable characters, and finally, a multiplayer that actually holds its own instead of feeling tacked on. The versus multiplayer is entertaining, but the true gem is the cooperative multiplayer which has set a new benchmark for what should be possible in these types of games. 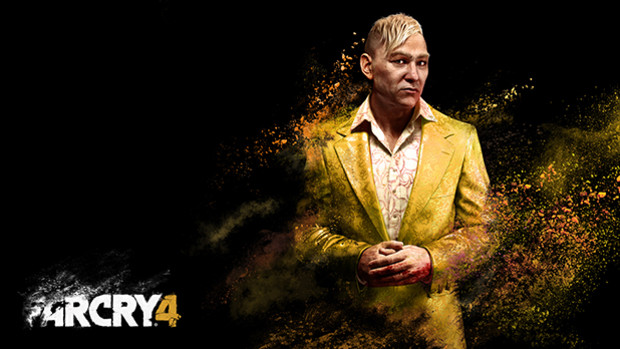 Come at me bro. I don’t even care. I firmly agree that Destiny was overhyped a little past what it actually offered, but I had some really enjoyable times with the game, and still am playing now. It offered a fairly weak MMO-campaign, but it was insanely entertaining to team up with friends and work your way through missions, Raids, or just the open-world patrol. Crucible may just be a typical arena-combat FPS, but in combining it with the character you have created through campaign raiding, it adds a little something else. Mostly though, Destiny is all about playing with friends. I’ve tried to play alone numerous times, both campaign and Crucible, but I truly enjoy this game when I’m grinding and laughing with one or two friends as we throw void damage and Titan haymakers at fools. 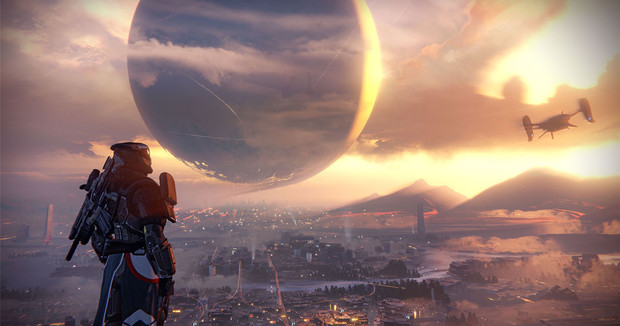 I'm pretty sure it's called '"Cocoon"

Again, just an absolutely fantastic game with very little that I can complain about. Not enough of Bayonetta’s ass…there; I’ve complained. The combat system was left pretty much untouched with some small tweaks to improve fluidity, and the gameplay is absolutely balls-to-the-walls off-the-hook completely-fuck-your-couch kinds of crazy.  There are very few fights that are just fights, but instead have you careening through the air, falling on a building, or otherwise defying gravity (you know what I’m talking about ;) ) as you stiletto your way from heaven to hell. The Co-op is a bit tacked on, but it’s a lot of fun to play around with friends with new unlocked characters and costumes, even if it’s in closed off battles. 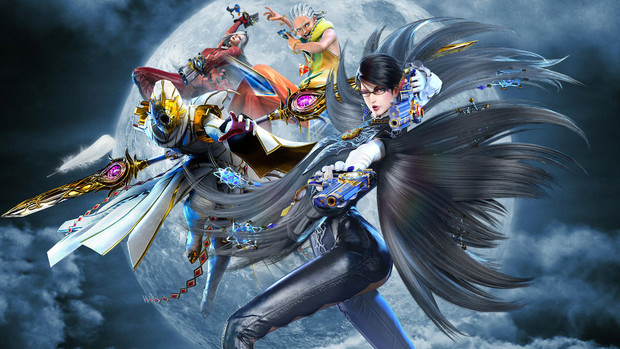 Keeping it PG on the work computers. BUTT!

I could most likely make this around 10 pages, as I’ve played a plethora of games in the last year and feel very strongly about a number of them. So, here is my attempt at succinct analysis of some of my other gems from 2014! *Coughs* Ahem…

Mario Kart 8 and Super Smash Bros were obviously amazing games. ‘Nuff said. Hyrule Warriors is also an a crazy amount of fun, and one of the best cross-over mash-ups I’ve seen in quite some time, right after Jay-Z and Kanye West’s Watch the Throne. Halo Master Chief Collection is also a blasty blast and a half, but that should go without say.

Fable Anniversary was one of my favourite remakes of this past year, and a game that I am truly glad to have gotten to experience again, as one of the first action RPGs to truly bring me into that style of game, and allow me to play evilly. Diablo 3 was awesome, but I don’t think anyone’s shocked by that. Dark Souls 2 was a larf, but not quite the sequel that I was expecting. Also, I get that you don’t give any in-game hints, but I spent the first 1/3 of the game without an Estus Flask. For Christ’s sake Dark Souls. 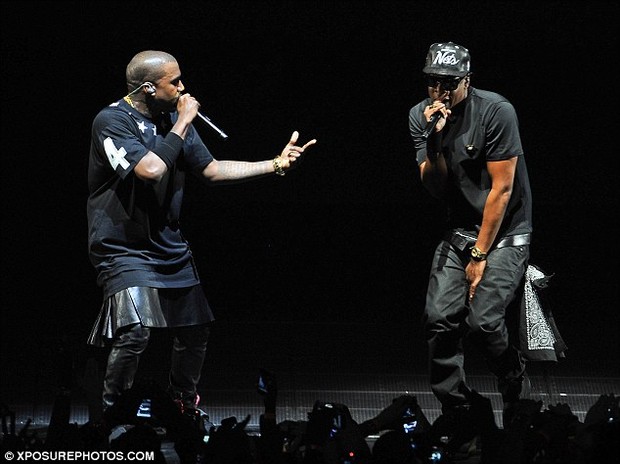 Chris Williams ain't doin right if you ask me; cause if I was him I woulda married Kate and Ashley.

Plants vs. Zombies Garden Warfare has gotten an insane amount of playtime this past year, and my fiancée loved to play it and got really good online. A must have for anyone looking for a fun, but well-designed TPS. This ain’t your sister’s mobile app. Other great third-person shooters of the year would have to include Sniper Elite 3. This game flew under many people’s radars, but has some of the most realistic sniping mechanics in a game, coupled with possibly the best kills using their slow-motion x-ray kill cam.

Thief was a blast, and was decently underrated. Maybe not the greatest game in the series, but was a lot of fun to play a game focused on stealing. Seriously though, why can’t Garrett knife people? Stupid blackjack.  On underrated games, Wolfenstein was frigging amazing, and falls right behind Far Cry 4 for my favourite FPS of the past year. Plot, gameplay, weapons, all superb. Underrated and overhyped? Titanfall. Once again, come at me. Titanfall is possible the tightest shooter to come out in 2014, and was certainly not your average dude-bro shooter.

Ok, one more just because. Watch Dogs. I really enjoyed Watch Dogs, and could have cared less about all the controversy that came out about it post-release. I loved the game, found the multiplayer to be innovative (although lacking), and had a blast working my way through it. I also have spent my entire winter wearing the Aiden facemask. So…yeah… 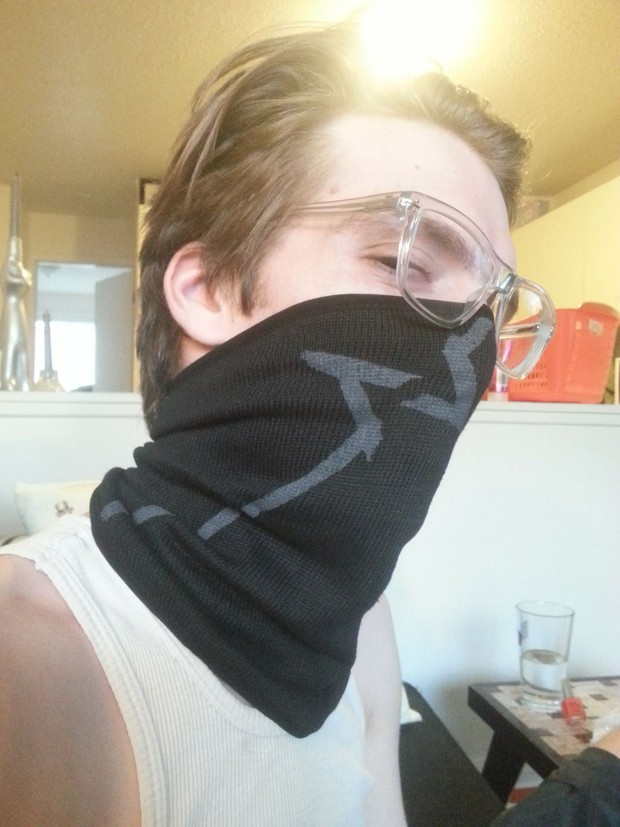 South Park: TSOT is without a doubt the funniest game I’ve ever played. A bit light on the RPG elements, but nonetheless a worthwhile romp for even quasi-fans of the show. Metal Gear Solid: Ground Zeroes gives me hope for Phantom Pain. A lot of hope.

Alien: Isolation, PT, and The Evil Within all come out on top for my horror games of the past year, and I’ve had a blast with all of them! Is it weird though, that I was scared the most by a demo? I’m really stoked to see what 2015 bring us in the horror genre. I’d punch a koala for a new Fatal Frame over here.

The Last of Us: Left Behind made me cry, literally. I finished the game, heard the line “Let’s just sit here and go crazy together” and broke down into a sobbing wreck and hugged my fiancée for like an hour. Truly a masterpiece of a game. ACIV: Freedom Cry was a great addition to an already fantastic game, and I am glad they let you free slaves as Adewale. Maybe one of my favourite experiences in the whole game. 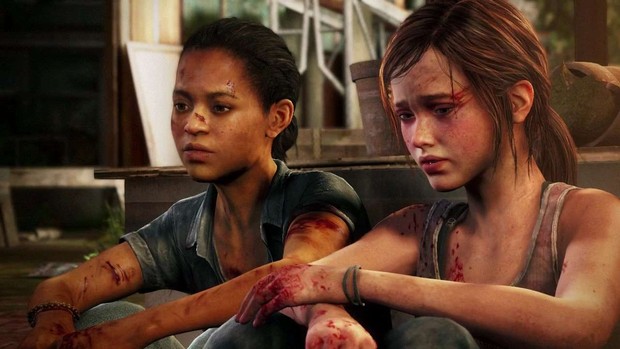 I'm almost tearing up right now thinking about it.

You just started playing this NOW?

And lastly, the games that I somehow did not get around to playing until recently that would have been at the top of my list during their respective years: Danganronpa and Person 4 Golden. I won’t go into any detail here, because I’ve talked about them at length, but Danganronpa was an amazing story and P4G is quickly making its way to my best games of all-time list. I still have no idea who I should date…that nurse keeps giving me eyes.

Phew. That took more time than I thought, and I’m more than certain I’ve missed at least one or two games. I'm super excited to see what 2015 has to offer us for games! It's been a blast to write my first GOaTY, and I look forward to many more in the future!

Thanks for stopping by to read, and for being so awesome in 2014 Destructoid! I can't wait for another amazing year with you all! =D