2014 was the year that taught me to take it easy 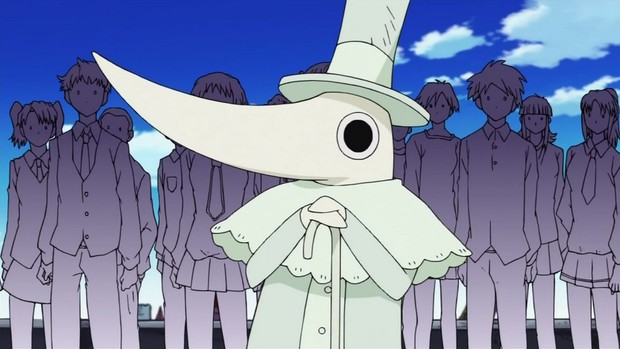 Laid back in my chair a few degrees from falling backward, sunglasses, a stupid grin on my face, I sip my virgin daiquiri, I pop on one of my older consoles, and I laugh. Laugh at all the fools playing their new-fangled disappointments while I play my old favorites and put a sizable dent in my backlog. Why wallow in the present when you can escape to that rose-tinted past?

Well, 2014 wasn't that bad. The Wii U officially became a must-have console, I went to my first Comic-Con, Capcom seems to be finally taking some commendable strides in being not so stupid and bad, Isolation wasn't another Colonial Marines (far from it), Binding of Isaac: Rebirth is like the perfect game, and Jonathan Holmes is still with us.

Generally, though, I had my brain turned off for most of 2014 as far as gaming went. I'm finally starting to feel older... more tired (no weight gain or bald spots just yet). Priorities began to change and I really wanted to give some attention to the ones that I missed, bless their little hearts. The ones that had been sitting on my shelf (both physical and digital) for far too long.

I did play a considerable amount of new games, of course. Infamous: Second Son, Destiny, Alien: Isolation, Tomodachi Life, Borderlands: The Pre-Sequel, Mario Kart 8, and so on. But, many of my most memorable moments of this past year have been thanks to coming across some nice surprises within my backlog and finding new love in past gems.

For example: Remember Nier? I'm sure some here will definitely remember that one. But, it never did catch on at a level that you'd think it would... in an ideal world where we appreciate concept, execution and gameplay/narrative over marketing, graphics, or established brands.

To be honest, Nier may have not actually held my interest for the long haul, but I got pretty far and it was easily the most interesting game I had ever played. Combining Zelda with action/RPG combat, 2D/3D/isometric camera perspectives, bullet hell, random stat-altering weapon/magic attachment drops in the form of various syllables, and so much more. For a few days, I was really really digging it. 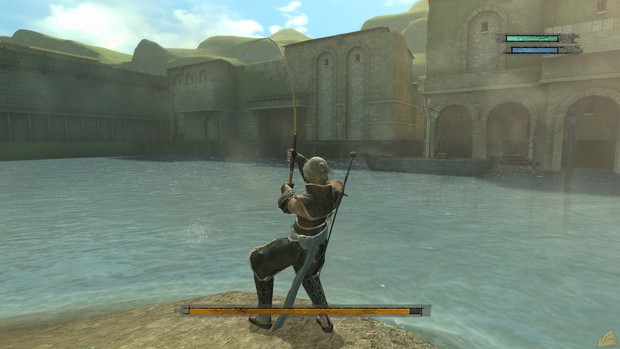 It even has fishing, like all the best video games do.

In the end, the story was sort of tiring. I forgot the specifics, but I know I wasn't a fan of that blue-haired chick that was so ham-fistedly "edgy". You wouldn't believe the filth that comes out from between those lucious lips. Does she kiss her mother with that mouth (why am I getting so excited)? The game also had a surprising amount of brown for a Japanese title not called Dynasty Warriors.

But, I will always look back on it fondly. At some point, I know I will play it again and hope that I can see it through. There's a stark difference between a game I grow tired of like Nier and a game I grow tired of like, oh.. Destiny. I probably don't wanna ever play Destiny again, even with it's excellent gunplay and solid campaign, but despite Nier's unconventional design and flaws that actively got in the way of my enjoyment (I at least finished Destiny) I will play it again in a heartbeat when the mood strikes me.

Destiny, I got burnt out on. I just sort of left Nier on a sour note. 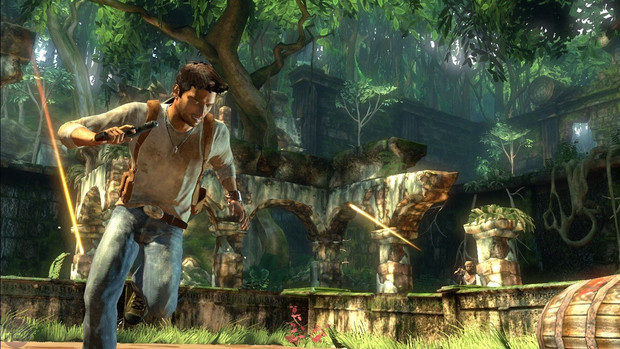 We leave innocent ambition to video game blockbuster. As well as replaying Uncharted 2, which I still find to be thoroughly amazing, I made an effort to finish up the original after all these years.

I remembered dropping it after coming across a section of the game I, at the time, found to be brokenly difficult (it really wasn't). But, no matter my frustration, in the early days of the PS3, Uncharted: Drake's Fortune astounded me all the same. The characterization and cutscenes made me, for the first time, feel like I was playing through a buttery popcorn adventure film. "Whoa! This is like the realest shit ever." *popcorn* *gets controller very greasy*. This was also a time when I thought that was something awesome for a video game to aspire to feel like. Boy, did that get old quickly.

It was something I could show my mom and say "Look! Look at this! ARRRRRRRRRT!". And I did do that. With those exact words and exclamations. 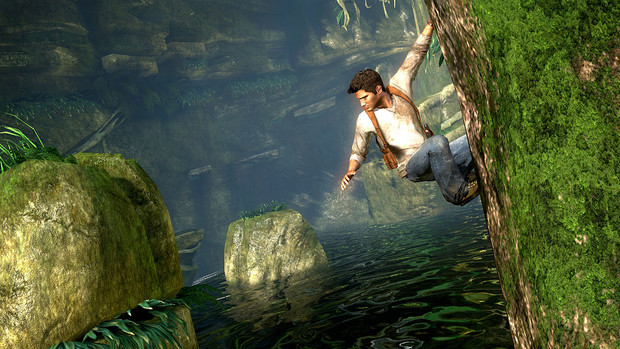 Now, call me crazy, but upon finishing it, flaws and all, I sort of liked Drake's Fortune the most.

It's not a bombastic, globe-trotting thrillride, but that's what's so nice about it. It's just Drake and company stuck on a mysterious island with the promise of an ancient treasure and a couple of bad guys in the middle of it all. This one setting is given so much time to shine and you get a lot out of it besides a bunch of trees and rocks with vines and moss. It's almost like the island was it's own character.

Caves, ruins, 16th century and WW2-era structures, there's a submarine for a bit, it's great! The platforming and exploration are a total joy as there's such a captivating atmosphere to the original Uncharted's setting. The solid action throughout is sort of a means to an end, I just love the adventure aspect of Drake's Fortune. It's also got one of my favorite video game tunes of all time. Epic horns blasting and sharp strings swooning, it's like chugging fine wine whilst surfing the open sea on an angel wearing rocket boots. 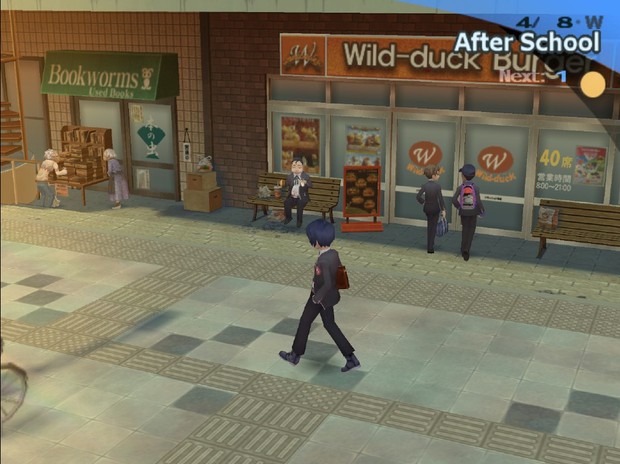 Even with Rebirth and Diablo 3: Reaper of Souls, the game that I probably spent the most time playing was Persona 3: FES. My playtime easily clocking in at 50+ hours, it felt like I had merely finished just the first half, coming off the Summer vacation bit.

I've mentioned this before, but I'll say it again because I like to arrogantly flaunt my opinions as a mask for my lack of self-assurance: Persona 3 and 4 are absolutely brilliant blends of life sim and JRPG. Not only are the stories told through the game's "Social Links" worthwhile and varied in tone, but completing them matters a great deal to your effectiveness in Persona Fusion (basically forced Pokemon evolution). If you want damn good Personas, you're gonna need to do a hefty amount of fusion.

While the dungeon-crawling aspect may not be all that interesting, it's tremondously solid and rewards thoughtful tactics with great audio/visual feedback (do I even need to mention the amazing soundtrack). Knocking down a slew of baddies with consecutive weakness exploits never gets old and having specific characters prioritize specific actions during tough boss fights made me truly feel like I was the leader my classmates made me out to be.

Having each element of the game, right down to your school studies and otherwise casual gettogethers with classmates (among others), entertain on some level and matter made for one engrossing experience that I had to put down only because 50+ hours of any game, no matter how good, with no end in sight, would make you feel a bit spent.

For about a week, Persona 3: FES was my second life. I won't be forgetting it in a hurry. Or maybe I will because I have a terribly short attention span.

2014 made me realize that staying current wasn't such a priority for me any longer. Rather than using most of the year to catch up on recent releases, I used that time to do what felt most natural to me.

When I eyeball LEGO Batman or Shadows of the Damned on my shelf and think to myself "Hmm. That might be fun.", I don't want to then counteract with an obligatory "Well, I still haven't played Titanfall or Far Cry 4. That's what all the coolest dudes are talking about right now.". It's a mindset I likely began to find unappealing a long time ago that I only kept up with out of habit.

As of right now, I'm free to enjoy anything I want whenever I can find time to play it. Do I wanna replay The Last Of Us for the second time in less than a few months? Why the fuck not? What about spending the whole day playing Canabalt? So what?! Will I play Kung Fu Panda out of sick curiosity? Yes! Do I now sort of wanna buy the sequel? Boy howdy, YES! 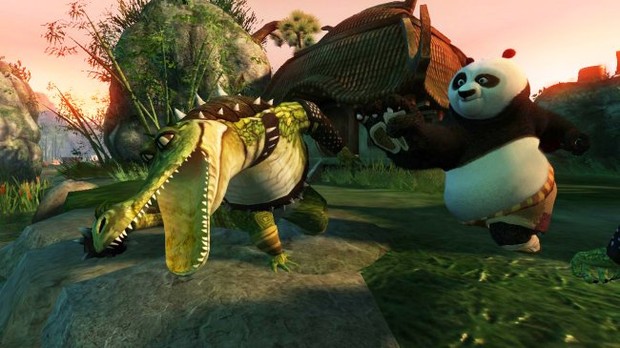