Guess Who’s Back, Back Again…

Scholar’s back. Missed his friends.

This blog post will sort of be like the soft opening of a new club. You know that the real party is coming soon, but the soft opening prepares you for what to expect, gets you ready for it. Well, this is my Soft Grand Re-Re-Opening, because I’m coming back fools!

As many of you may have known, I took my leave from Destructoid in late August, after accepting a contract to work with the Department of Foreign Affairs of the Canadian Government with the Russia and Eastern Europe Division. It had been a crazily busy experience, but ultimately an extremely rewarding and worthwhile venture. I’ve got to do some great things, meet some awesome people (the Turkish Ambassador to Canada knows my name now!), and be involved in some interesting work. 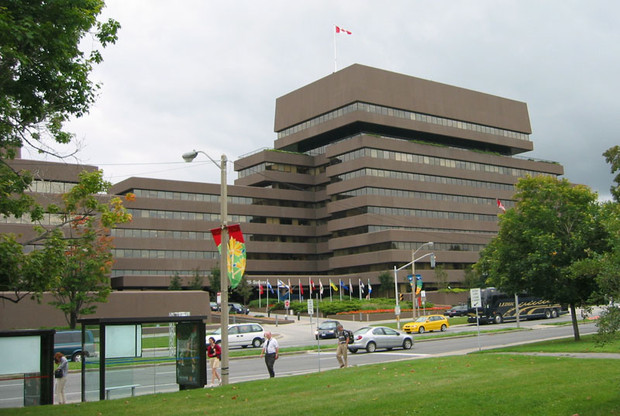 Hanging out at HQ

Normally this wouldn’t have been enough to keep me away from your loving embrace, but on top of that I’ve been visiting the doctor a lot and undergoing various tests to try and solve some chronic pain I’ve been experiencing for quite some time now. It’s been narrowed down luckily, and I’m just waiting for the latest MRI results and a specialist appointment to see how we want to advance. On the plus side, if I end up bed-ridden after surgery, I’ll likely be on here 24/7.

Sadly, my Foreign Affairs contract comes to an end on December 31st, as I head back to finish my thesis so I can finally have my Master of Arts in Russian and Central Asian studies. For anyone that was interested, I’m writing on the foreign policy goals on the Kyrgyz Republic. To bring it into Dtoid terms, Kyrgyzstan was featured in a map in Call of Duty: Black Ops 2 called Standoff, which supposedly depicts a border town between China and Kyrgyzstan.  Bam, connections. 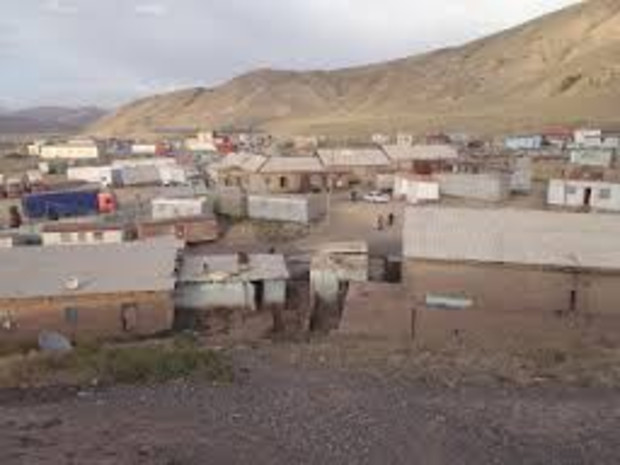 I’ll also be spending this time getting my Russian (and hopefully French) language skills up to par to pass a translation exam which is required for my degree. Luckily I have some great resources, including an awesome Russian Dtoider by the name of Tonich, so this should be a grand experience. While I write my thesis and work on language studies though, I will have much more time to spend with all of you once again, writing and enjoying the life you all bring to the Community!

I am also still engaged, and our wedding date is set for June 6, 2015. Sorry GajKnight, but maybe in another life…or some Dtoid fanfic we’ve yet to write. ;) Ashleigh and I are planning to have a nice outside June wedding, followed by your typical drinking, dancing, and general jovialness.

I have still been managing to get some game-time in while I’ve been busy, but not near as much as I normally would. As you know, I have quite the game buying problem, so in the past 4 months I’ve been buying more games than I can logistically play, and many of them sit half-beaten on the backburner. Normal people would only buy the games they could actually finish given the time they had…not me though. I prefer to stay poor and well-stocked. Stacks on stacks on stacks…of Xbox One games, yo. Is it my fault October/November are the notoriously worst (read: best) times to be a gamer? I think not. 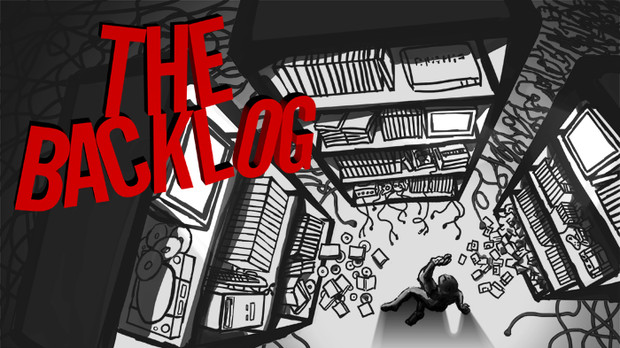 I’ve been dropping in when I get the chance to read blogs, but I have not had the time or wherewithal to leave the loving comments that I normally would, but you can expect that to change as well! It’s nice to see upon reading gaming news lately that the communities seem to be evening out on the whole XBOne vs. PS4 thing. I won’t go into any rants here, but it’s good to see that people are starting to see what Microsoft has to offer, in terms of fan-based updates, (including constantly improving user interface), as well as exclusivity. PS4 is solid and has great potential, and I feel like 2015 will be their year, but just not right now. I bought my PS4 in August, and it’s mostly been gathering dust lately, apart from occasional bursts of Last of Us or free PS Plus games. And from what I’ve been reading, not just on this site, many other people are starting to feel similar sentiments.

Onto the games! As I’ve said, I’ve been dabbling a lot, but I’ve still gotten a chance to try mostly everything that has come out recently, so here goes a quick blast of my thoughts on new(ish) releases, and things I’m currently into, in no particular order.

On the PS Vita side, I’ve been wholly hooked onto P4Golden lately, and I play it on my bus rides to and from work when I’m not reading thesis materials or Russian. I really loved the cast of Persona 3, but I am definitely feeling attached to this crew as well.  The story is great, and the combat while simple has a solid tactical side to it. Plus, making friends and gathering new Personas is awesome, as always. For anyone who has ever been on the fence, I pretty much bought my Vita to play this game portably.

I've been singing the theme song in my head as I've been writing this.

I ran through the campaign of Call of Duty: Advanced Warfare and dabbled into the multiplayer on Xbox One, and I was pretty impressed. I didn’t hate Ghosts like most other people did, but I found this campaign to be very gripping, partially because of my work in similar fields. The multiplayer, while staying within the confines of CoD and borrowing from Crysis/Destiny/Titanfall or whatever else, was a solid experience. I enjoyed the addition of verticality to typical CoD, and with my Titanfall experience, I found it fairly easy to adjust to new strategies.

Bayonetta 2 is awesome.  Just period. The first game was great, this game is just superb. Every little fight is absolutely balls-to-the-walls, the weapons are extremely fun, and the mechanics have only improved. Buy a WiiU if you don’t have one, and play this game. It may be one of the best beat-em-up fighters in the genre right now. While you’re at it, Hyrule Warriors and Super Smash Bros for WiiU are also great buys. I miss having people over and playing fun couch-brawling games, and both of these satisfy that desire immensely and in different ways. WiiU has been dropping it like it’s hot lately, and I hope they keep the momentum up.

Shadow of Mordor was nuts. Is nuts. Squirrels. The combat is extremely well designed and very tight, and reminds me of the visceral feel of Ryse, plus it’s within LOTR canon. The skill tree is also very well implemented, and each new skill feels like it opens up a whole new way to fight. The Evil Within is another winner in my books, combining the greatness of Resident Evil 4 with even more brutal survival horrors motifs.  I need to finish it still, but I will only play it at night with the lights out, so it limits my time with it. 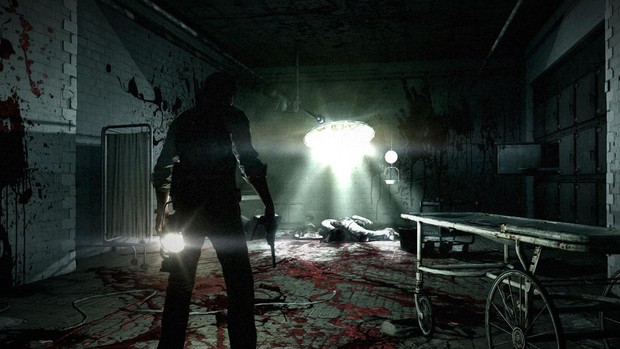 Someone please hold me.

Dragon Age Inquisition was fun, but not astounding in my opinion. I put around 15-20 hours into it before returning it for my refund, partially because it was getting really repetitive even at that point, and partially because on the PS4 I was encountering some issues with metals shining to the point it looked like a screen tear or graphical anomaly. Really took me out of the experience a lot. And it was a beautiful game, but maybe not as breathtaking as I’d expected. I play to pick it up again, maybe for the Xbox One, around Boxing Day.

Speaking of beautiful though, let’s talk Far Cry 4. Holy hell. I know a lot of people have been saying its Far Cry 3 2.0, but I think it’s done an amazing job. If it’s not broken, don’t fix it. The landscape is stunning, and surprisingly easy to traverse. The gameplay is very much FC3, with little improvements where they were needed, and the addition of some awesome new side quests, animals, weapons, and features.  The story isn’t perfect, but characters like Pagan Min, Longinus, Hurk, Noore, and others make up for it in my opinion. 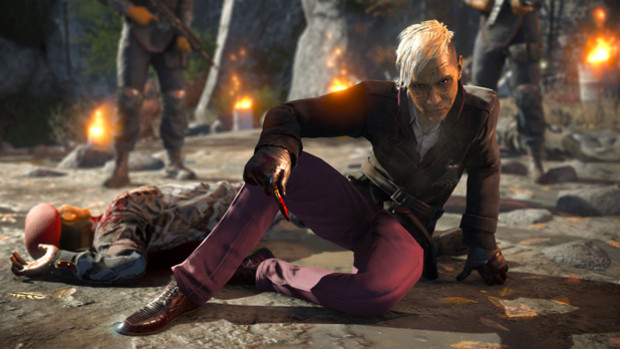 I never thought anyone would come close to Vaas. Well done Troy Baker.

GTA V Xbox One is also gorgeous, and I’ve been enjoying playing through it in first-person. I never thought I would feel like a worse person than when I played GTA V the first time, but lo and behold, playing it in first person somehow amplifies how brutal the game can be, and how bad of a person I am. Oh well, still keeping it hood. Also, Lamar makes that game.  On other remakes, Halo Master Chief Collection is of course everything that you would want it to be, especially now that the bugs are mostly fixed. Last night I tried singing the Halo theme to my fiancée hoping that it would somehow convince her to play co-op with me. Needless to say, she loves the theme, hates the game.

Hearkening back to my earlier comment on exclusives, Sunset Overdrive was a pretty big blast, and is definitely a lot of fun to play with friends. I found that the gameplay got a bit repetitive after a while, but the dialogue was great and the constant new weapons and outfits added a lot to the entertainment factor. It really felt like Dead Rising meets JetSet Radio, but just needed a little more substance to hold it down. Not saying it’s not a blast, but just didn’t have the longevity I was expecting.

Lastly (I think) is Assassin’s Creed Unity. I could say a lot here, but most of it has already been said by many of you. I didn’t find the game to be as buggy as most people, as was able to successfully play co-op on my first attempt. I only fell through the ground (and a roof) twice, and never experienced any other glitches. Frame-rate is still an issue, but one that is much better now with recent patches. The new combat is pretty solid after forgetting everything my hands automatically did while playing an Assassin’s Creed game, but I found the traversal mechanics to be a bit wonky. I mean, Ezio never had these problems; Arno seems to enjoy breaking his neck. Co-op is great though, even when you have the douchebag Rhinosaurus-in-a-Parisian-Lalique-Crystal-Shop that my friends like to employ. Yelling at them has now become part of my strategy.

Well. This blog has gotten exceptionally long, and I am past my allotted lunch time, so I should probably end it here. I miss you all, and am excited to make my triumphant return permanently to Destructoid at latest by January 3rd. I hope you are all doing well, and I am going to try and catch up with you all via-your own latest blog posts in the next couple days!