I stumbled across the creator of The Moon Sliver – David Szymanski – on the GOG.com forums. He was terrified that his game had been Greenlighted on Steam, and was quite nervous about its reception from the general public. I imagine most creators have this kind of a moment wherein they realize that their hard work is about to be let out, to be played and criticized by anyone that’s willing to throw down some money, and anxiety about these types of situations is understandable. His anxiety sold me on the game. He was willing to admit that perhaps it wasn’t the greatest game ever made, but he made it; he spent time making it; and he didn’t just phone-it-in, but spent time thinking about the story and how to tell it through a game.

I was fortunate enough to grab the game during a Halloween sale price error (it was marked down to .89 cents, something Szymanski stated happened on Steam’s end and wasn’t his intention). I played through it recently, in one sitting, because the game doesn’t have any way to save progress.

I’m not usually one to play through a game in one sitting unless the game is relatively short. The Moon Sliver, thankfully, is short enough that not being able to save isn’t much of an issue. On the other hand, this means there’s really no replay value to the game. A once-through and the player has done and seen everything there is to do. This isn’t a problem for me. There are very few games I’ll play more than one time, even if I adore it.

The Steam store description doesn’t seem very promising. “You are on a bleak, cold, windy island. And you seem to be alone...” And then it goes on, “…it becomes increasingly obvious that something is hunting you...”

Thankfully, the clichéd description, despite describing the game quite well, does an in-service to what the game actually becomes once it’s played. 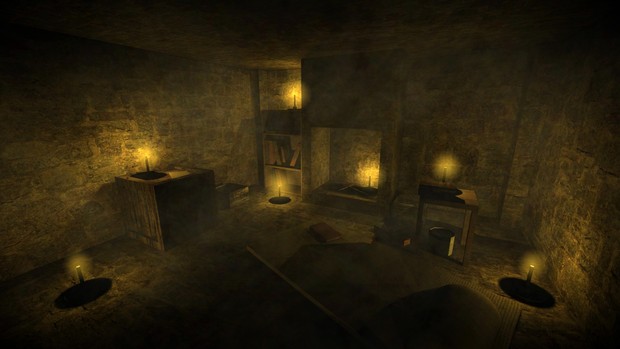 It’s a bleak, cold, windy island. It’s also really, really small. But this works in the games favor in more ways than one. First, it kept me interested in the setting. Each area of the small island has its own distinct personality, allowing the player to easily recognize and distinguish one area from the other. This made navigating the island relatively easy. Second, it’s part of the story. I can’t say much more than that because it would be ruining the narrative.

Speaking of the story, this is easily the game’s strong-point. I’m a total sucker for a really well-told story, and The Moon Sliver was much better than I thought it could possibly be. For most of the game the player will enter areas and some text will come onto the screen with no way to dismiss it, except to continue walking away from the trigger area. I thought it was a sign of the developer not knowing how to program this aspect of the game – and indeed, this may be the case – but let me just say that at the very end of the game the explanation for these seemingly un-dismissible on-screen texts are tied into the storyline in a clever way.

The player is also explicitly told that when night comes, head to the mountain. There’s a door there that only unlocks when night falls, and night only falls when the player completes all of the puzzles scattered around the island. I understand why the developer lets on about this, because if it was just a locked door and if it wasn’t told to the player they need to enter the mountain at night, it wouldn’t be clear what needed to be done. Still, perhaps there was a better way to convey where the player needed to go without leading by a leash. These, along with the sort-of bland environment, are probably the only criticisms I have against The Moon Sliver. And once again the environment is explained by the storyline in a way that helps the player realize not only did the developer work with a small budget and perhaps lack of experience, but it was used to the games advantage. Still, not everyone will be able to overlook these shortcomings, and they’re definitely worth mentioning. 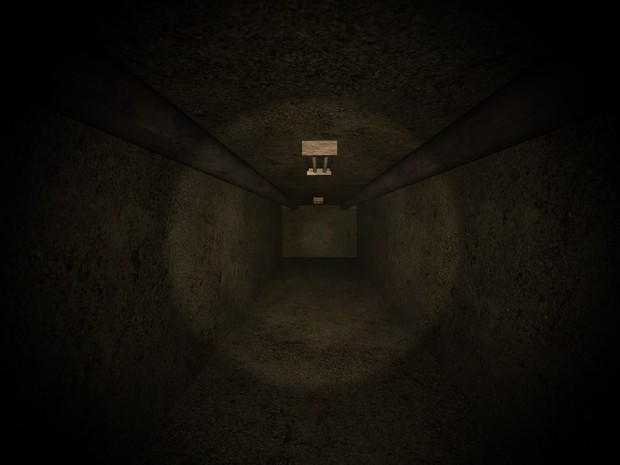 At the beginning I mentioned that this game was on sale during the Steam Halloween sale. I hope that tipped-off that this game has some horror elements to it. It isn’t scary in the normal way I’d describe a horror game, it’s more of the psychological horror that creates dread and fear based on what is implied, rather than what is seen. To me, this is the greatest type of horror. My imagination does a fine job of filling in the blanks, sometimes too good a job, and The Moon Sliver had me ready to throw-off my headphones and leap from my chair.

I’ve never seen a game slow-burn the horror element as effectively as The Moon Sliver has, creating tension in a believable way, through sites and sound, text and music. It’s true Lovecraftian horror in every sense of the word.

For all intents and purposes, The Moon Sliver is a walking simulator, but one that I personally recommend to anyone looking for a subtle horror short-story told well, utilizing the power of interactive games to create something original. Despite its short length, I think it works well for The Moon Sliver.

The game doesn’t last long, but I can’t stop thinking about the story and to me that indicates the developer worked with what they had instead of shooting for the Moon.