The Gift of Gaming: Influences on my sleeve

My name is Nick and I've been playing games my entire life. In this here blog, I'd like to share what games I consider to be influential on who I am today and probably impacted you too. First up, Sim City. 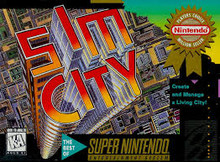 Sim City brought me into adulthood. It was the first game that I can remember playing at a young age that forced me to really think introspectively. It caused me to evaluate my politics, or at least what I thought were my politics at the time ("no taxes = happy citizens LOL"). It also made me realize that I am a strange kind of monster. On many of my numerous playthroughs, I decided to take the role of Ra's al Ghul and completely flatten my town for minor infractions such as not developing the commercial zones fast enough (never mind that I probably didn't have the population yet to sustain those) or not developing the seaports that I had so generously zoned for them.

I was also way into Judge Dredd at the time. So I named every city I started Mega City One.

Me as the mayor of Mega City One

Though the game was widley availible on PC at the time, it was the SNES cart that got its hooks into me. I can even remember the game that I was playing immediately before this - Spiderman and Venom: Maximum Carnage. That game was maybe one of the most ninetiest things that ever existed (complete with a soundtrack from Green Jelly, a band no one under 30 remembers).  I remember after failing to get past that stupid level where you first play as Venom that I needed something to clear the mindlessness of that from infuriating cheap-hit-fest. On a Friday after school, it was game rental time. Most of the beat'em ups and fighting games that I got hyped on were already gone (ClayFighter, anyone?). I decided to take a chance on something different. I was in 8th grade and decided that I would show some godamn maturity through my game rental selection.

The first time popping in the catridge and starting a new city, I couldn't figure out how to even set up my zones to be powered properly. I just sort of haphazardly put blocks of industrial, commercial, and residential zones next to each other. My dimunitive lizard brain couldn't process at the time who wouldn't want to live in section of town right next to where they work, shop, and has a constant police presence conveniently propped against a nuclear power station to remind them of the technological marvel that was a coal-fired power plant (nuclear power plants be 'spensive). When I finally figured out how to build a town that could attract a handful of sims, they would constantly yammer on about taxes. Everytime I received that message, I would lower the taxes little-by-little to appease everyone. The angry adults on the radio in the real world kept whining about taxes, so this made sense to 8th grade me.

Then came the problem of crime and pollution, for which the game has some harsh lessons to bestow upon me. Namely, that I had a pretty simplistic view of crime and what constitutes a liveable environment. Everytime I brought up my graph showing the hotspots of either, my only solution would be to prop up more police stations in reaction to rising crime. My policy on reducing pollution? Just put a new (small) park here and there and call it a day. Keep in mind that my brilliant concept of efficiency was simply to zone things as close together as possible as I thought that's just how cities worked. I mean, who wouldn't want to live in a small house located right next to a massive industrial workzone that employed them? 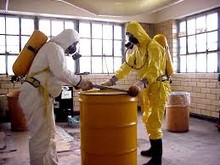 The Buffalo Wild Wings in my Mega City One

The point here is that this was first game that had me look at solutions and not just reactions. Rising crime rate? More police! A small number of citizens complaining about the tax rate? Better lower that or else they might make good on their threat and move...somewhere. I was suddenly forced to reconcile my views on these complicated subjects with what I had learned from years of comics, movies, and the lousy political dialogue (radio pundints started making it on the air of every vehicle driven by a dad around this time). I had been playing video games my entire life, but this had been the first to really make me grow as a person. It was the first game that I remember showing to my parents as something that I should play because I was being productive and learning things. My parents were equally astonished that a game could be something other than a time-waster for me. Things would never be the same for me again. I started thinking about the underlying causes of these things. I couldn't read a Punisher comic the same way again when I started thinking about things from the opposite end - what if those "goons" and "criminals" were victims of circumstance or upbringing?

The game shaped much of the way I think today as an adult, and showed me that a game could be smart, sophisticated, and timeless.

I learned all of this, and yet I still continued to build numerious Mega City Ones that were subsequently destroyed by earthquakes, floods, and Bowser.