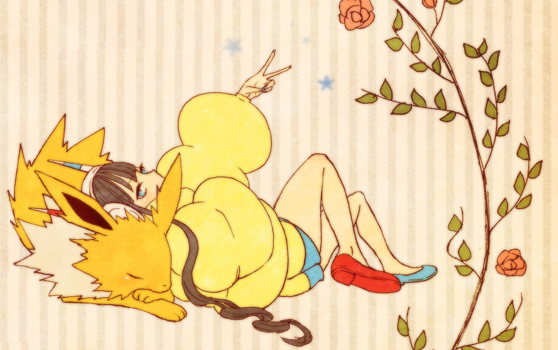 I haven't been very active in the C-Blogs lately, aside of upvoting a couple of blogs, at least not as active as I want to be. In fact, I don't think I've posted often on the FP as well and I apologize for that. See that V sign? Yeah, that's not a V sign, that's a two. That's approximately the number of weeks I've been out. Been on the forums as usual though and maybe you should too maybe. You can talk about whatever, videogames, annie may and maybe not the current controversies going on in gaming media. Please.

I find it hard to believe that I've been going in and out of this university for almost five years now. If we're only concerned about my academics and the time I spent as a student, I can't exactly say that these past five years have been much of a highlight for me. The past three in paricular I'd say has been the most soulless and unfulfilling part of my life so far, as my interest in this college course gradually tapered off to the absolute zero that it is now, and at the same time, I struggle to find what I really want to do in my life instead. The closest friends I had in that establishment were literally the only reason why I still kept going to school and now that they've graduated on time earlier this year, I hardly have any motivation to continue nowadays, let alone perform well in my remaining classes.

With that said, I find even harder to believe that all of that is now one step closer to coming to an end. Because somehow, last Wednesday, me and my three groupmates managed to submit our completed thesis document, one of the last few things I needed to accomplish before I graduate. Three copies in a brown envelope, received and stamped by some lady in the office and submitted 20 minutes before the deadline. It's rushed as hell and will probably require a ton of revisions, but I still find it unbelievable that we actually made the deadline. Such amazing crammers these groupmates of mine are. We probably made way more progress in these last two weeks than we did in the past three months. Say what you will about our horrible work ethic, but I am very much happy and grateful to have these people as my thesis group. Without going into too much detail, I can honestly say that if it wasn't for them, my college life would've been over three years ago.

The trip back home after submitting the document was a strange one indeed. I know for a fact that I was ecstatic at that moment. I was in a dream-like state of disbelief after what just transpired. But I couldn't express any of those emotions because I was way too tired and exhausted. Then I got home and slept for 18 hours.

Thesis defense is on Wednesday and I don't have high hopes for it, to be honest. I don't think we'll be off the hook just yet but regardless... 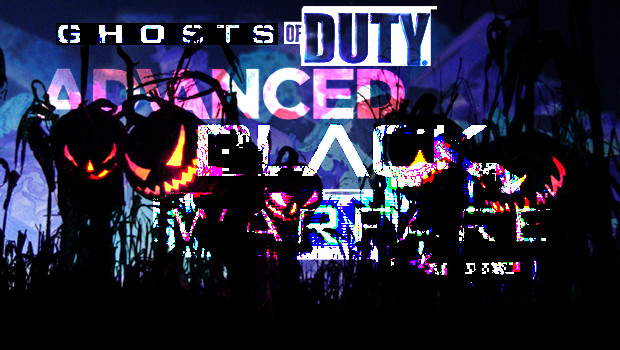 Yeah. This was supposed to go up during the Halloween season.

I have another one of those Play-giarisims coming up, probably the last one for a while. I've already run through a good portion of the newest and top games lists and I don't have enough material for yet another one after this. Need to wait until I have a newer set of games to look at, especially ones that are actually worth commenting on. I mean, there are like a million Minecraft clones out there but really, there's not much to say about any of them aside from looking and playing like the real thing and having some variation of "craft" in their title. I gotta say though, as someone who's not much of a fan of mobile games, browsing the Play Store and making fun of the dubious games you find on it has been one of the more entertaining uses I found for this tablet of mine.

In the meantime, why not go check out the first two parts of this series, now would ya?
Part 1 | Part 2

I couple of months back, I posted the first part of what was supposed to be a full playthrough of Harry Potter and the Order of the Phoenix for the GBA. Unfortunately, you won't be seeing anymore of those because I'm not longer pushing through with it. *click* There goes the screenshots.

I think I overestimated the game's ability to be hilariously bad enough to be worth writing a series of blogs on. I started working on the second part not long after I posted the first one and desparately scoured for things to say about it. Suffice to say, there hardly were any. This might as well be one of, if not, the worst game I've ever played. It's the worst kind of bad game, the one that's not even bad in an entertaining way and is just plain boring and unremarkable. 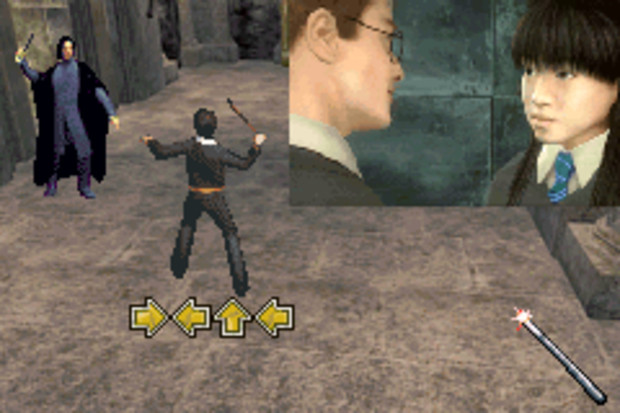 For 4-5 hours, you go through 20 something chapters which more often than not comprise of you being told to go to some place, while being sidetracked to do a bunch of minigames. Some of them include: match the pictures, press the button on screen, connect the dots, click on the thing when it lights up, and something-like-what-you-do-in-DDR-where-you-press-the-button-when-it-reaches-that-part-of-the-screen, whose proper name for that kind of gameplay completely escapes me right now. You also have an RPGs fight every once in a while where Draco and friends are literally the only three enemies you fight for the entire game until the finale.

Speaking of Christmas, we're organizing a Secret Santa for Steam/Digital games in the forums. Just a fun little thing to do for the holiday season. Maybe you can join in if you want to. I dunno. Its your life. You make the decisions. You're a big boy now. While ironing out some of the details, I thought of doing a similar activity for this C-Blog community to mess around with for a bit. Something about exchanging obscure/shitty games and writing about your experience with it. Stay tuned. I'll post it within the next few weeks maybe? Though I can really put it out now and start building up a list of participants.

I have many other stuff in mind, monthly musings, personal stuff, whatever, that I can't share yet since I haven't done much work on them aside from "Yep. That's the title." Hopefully, I can get them all out before... wow, six more weeks before this year ends.

Till then, see you around ♥