I take a lot of screenshots, so I thought it might make for an interesting kind of blog to cover what I've been playing visually. With plenty of commentary, of course, and lots of relevant links in case anything catches your eye. So here's what I've been playing this last week or so. Most images are linked to their original, full-resolution versions.

X-Wing. I remember this game from back in the late 90s in undergrad. I didn't have a PC then, but my friend TJ did, and that's where I got to see Doom, Master of Orion, and X-Wing for the first time. I didn't get to play X-Wing much, but I remembered it being cool, so I snagged it immediately from GoG when it was released (you can get Tie Fighter as well). And it is cool, but it's also flawed in a lot of ways. The main issue is the difficultly. There is no "curve" where the game slowly gets harder, it's just random. Worse, many of the difficult missions still rely on luck in terms of how things turn out with the AI allies and enemies. Pretty annoying when missions might take a good 20 minutes to complete. I don't mind hard games, but X-Wing is just frustrating. Yet I still keep playing it, so it must be doing something right. 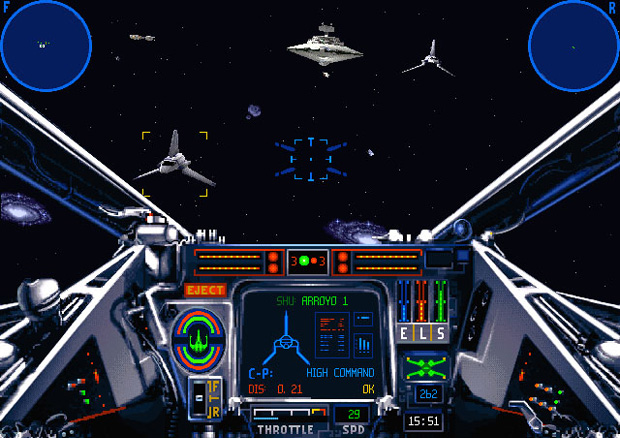 Epic Mickey 2. I was really thrilled when I saw this show up on Steam. I thought it had been canceled, but apparently it got a tiny retail release a few places. It has a lot of technical issues - it hates my CPU so I am just going to wait till I upgrade to play. It looks okay, though, and there are so few N64-style platformers that I'll take what I can get. 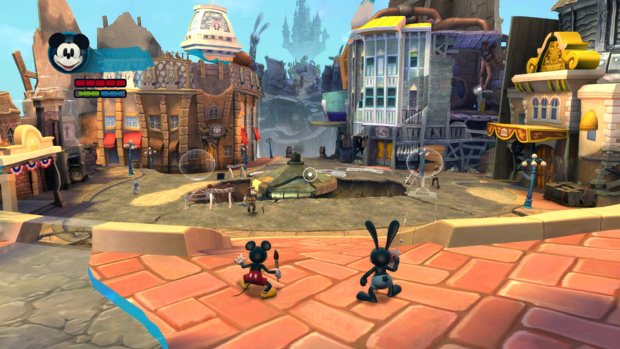 Pretty game, but it hates hexacore processors and is locked at 30fps.

A Hat In Time. Speaking of N64-style 3D platformers... here comes one with the potential to be great. It's only in the alpha stage, but I'm digging the visual style, music, and initial levels. You can buy into the alpha (via Steam) on their website, though it's a lot more expensive than just preordering. I spent the extra cash because I just had to check it out. 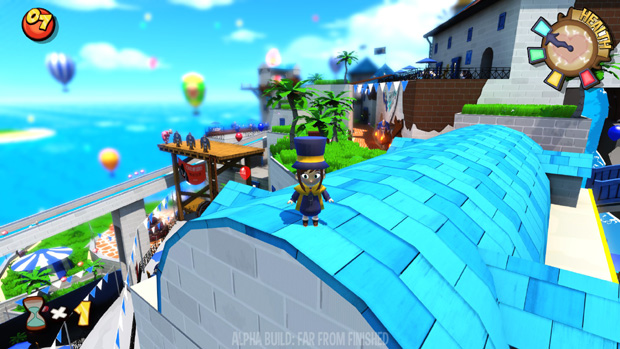 This level reminds me of Mario 64, but on a bigger scale (more shots).

Castle of Illusion. Back to pretty good Mickey games, I picked this up on Android. I have the PC version, and I was expecting this to be cut down. Nope. It's the same exact game, and it looks beautiful on my Note 3's 5.7" screen. The controls are actually half-decent, too. It's still rather play on PC or console, but if you want a higher end game for on the go this is a good choice. 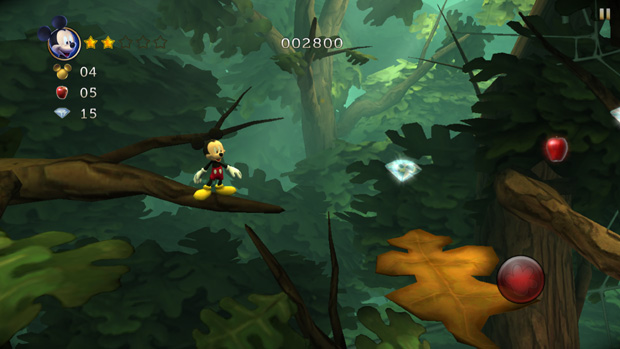 Great platformer, and a real treat if you are a fan of the original 16-bit version.

Freedom Planet. Another great platformer! White it's inspired a lot by the 16-bit Sonic games, it also has shades of Rocket Knight and feels more like an evolution or spinoff than a copy of Sonic. The visuals are beautiful, and even better if you add scanlines. The music is great and sounds like it could easily have come from a 16-bit platformer. If you like classic Sonic and/or 2D platformers you should look into this one. 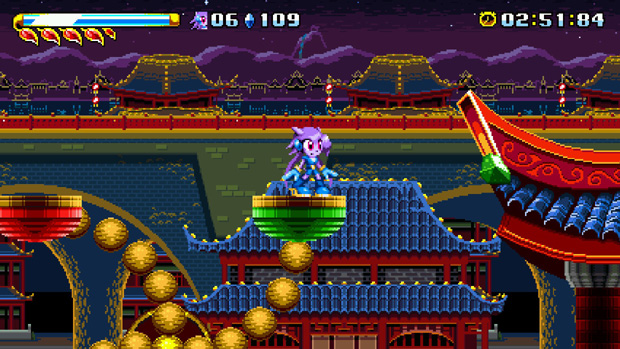 Blazerush. I don't even remember why I bought this game but holy crap am I having fun with it. Just silly racing fun with weapons and knocking people off the track and lots of play modes. I haven't gotten to try the multiplayer (online and 4-player local) but I can imagine it would be a blast. If you have a controller and just want to sit back and have some goofy fun it's a great game for it. 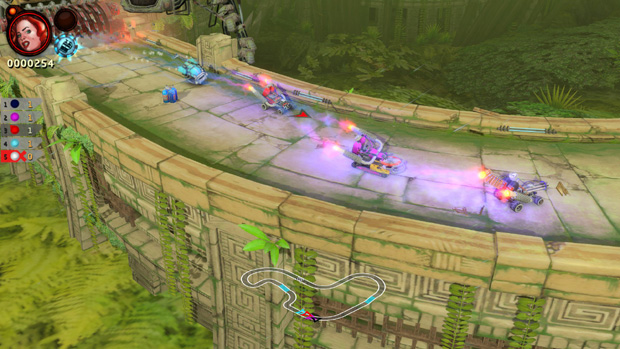 A frantic and crazy game, hard to capture in a still image (more shots).

Woolfe: The Red Hood Diaries. I've been following this for a while, and they just released a demo for Halloween. It's a truly "2.5D" game, in that while the camera is set, and gameplay is mostly 2D, you can go into for the foreground and background sometimes. The demo has three very different levels and they were pretty enjoyable. Definitely one to watch if you like platformers and/or the Alice games. 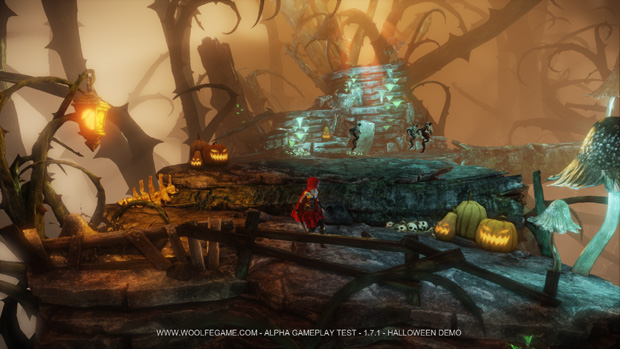 This part is more 3D, letting you go into the background Double Dragon style (more shots).

Evolve (alpha). I played a little. It was kind of "meh". It's kind of like fighting a boss monster, but with no level beforehand to build up tension, no worrying about conserving supplies for the upcoming battle, no foreplay. I really don't see how this concept can carry a whole $60 game. And I have a feeling, like Titanfall, it will launch light on content then expect you to buy the season pass to fill it out. No thanks. 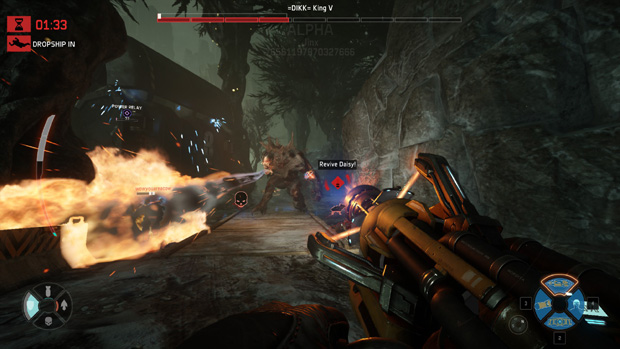 I only played a couple rounds. But that's because I got bored.

What's next? Well, I'm really looking forward to Valkyria Chronicles next week - I don't have a PS3 so it's new to me! I'm passing on most full-priced AAA titles this winter, though. Too much backlog, I can't justify spending $50 on a new game when I have equally good stuff I haven't even gotten to yet. I think I'd rather save for a big HDTV or maybe a 1440p monitor anyway. Hmmmm...

See you next week maybe? If people think this is fun they should try it, too. Either weekly, or just do a best-of blog with your favorite shots. Screenshots are a good way to share our gaming experiences, but a lot of them just sit around in our profiles unenjoyed.