game, what are you talking about?

It was the moment of the final confrontation between Kratos and the Hecatoncheir when I realized that what I was watching on the screen was essentially porn:
a muscular white man (in shades of gray) rhythmically opens up crevices and orifices, penetrates flesh with his "tools", jumps on backs here and there while pressing all the buttons in the right order. The foe's flesh becomes a ressource, a stock which I as a player of games have to deplete: repetitive movements, change of position, close-ups.
As soon as I had beaten the first stage I had to visualize my thoughts and impressions: 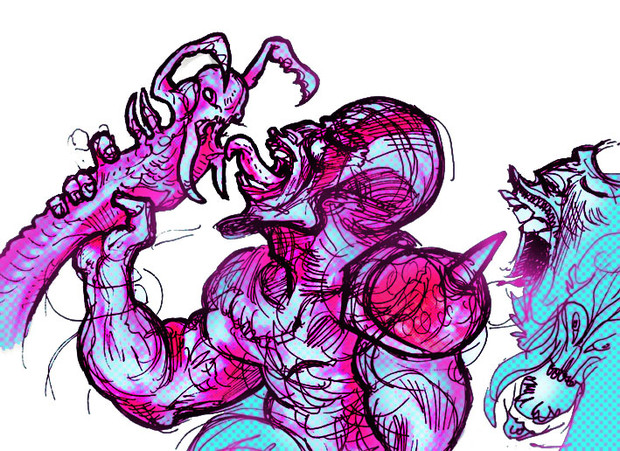 For all of you who have never played the fourth iteration of the God of War-series ("God of War Ascension") I'll gladly summarize the first few minutes of this game:
A Hecatoncheir is a very big Greek with hundreds of hands, his touch is firm but gentle...the whole hairy body possibly shimmering with olive-oil. One multi-limbed giant out of three, all sons to Gaia. Where was I...ummm, yes: in "GOW Ascension" the Hecatoncheir Aegaeon functions both as the first level  (his flesh tranformed into the Prison of the Damned by scary SM-siblings) and as the final boss of said level, driven mad by giant parasitic penes (Titanic STD by courtesy of dominatrix Magaera). For whatever reason Kratos doesn't like bondage (or forgot the safety word) and starts to split skulls. 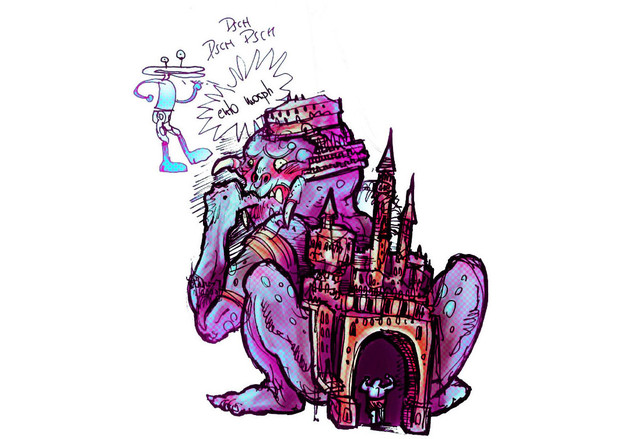 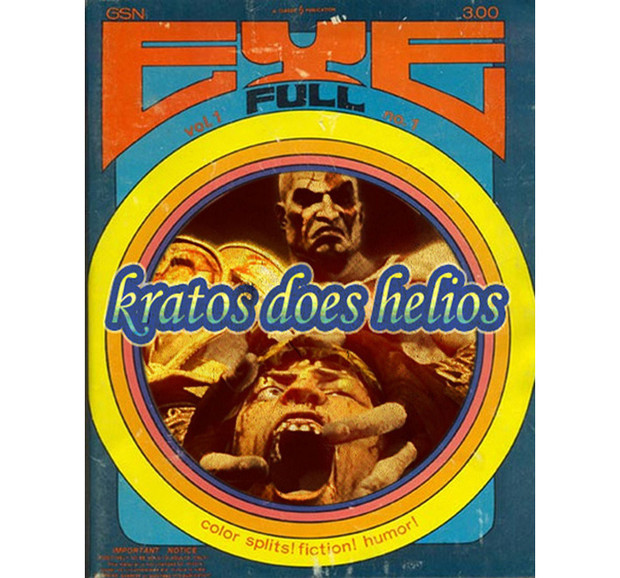 I don't know if our society is over-sexualised or not.

I don't know whether it is really the case that the porn-industry is the spearhead of techno-societal development and aims at world-dominance by manipulating all of our cultural artefacts.

Nemesis of the "Resident Evil"- games is the John Holmes of survival-horror.

He/It has a giant retractable genital. 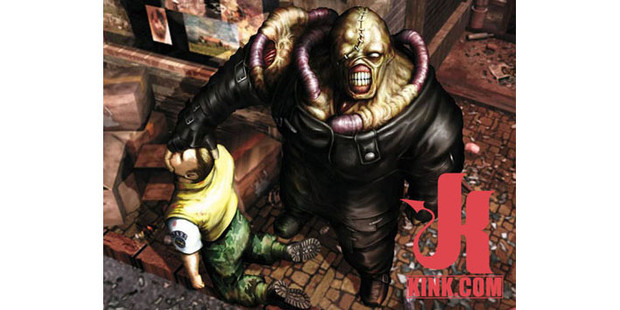 You have to destroy his/its body. Before it/he destroys yours 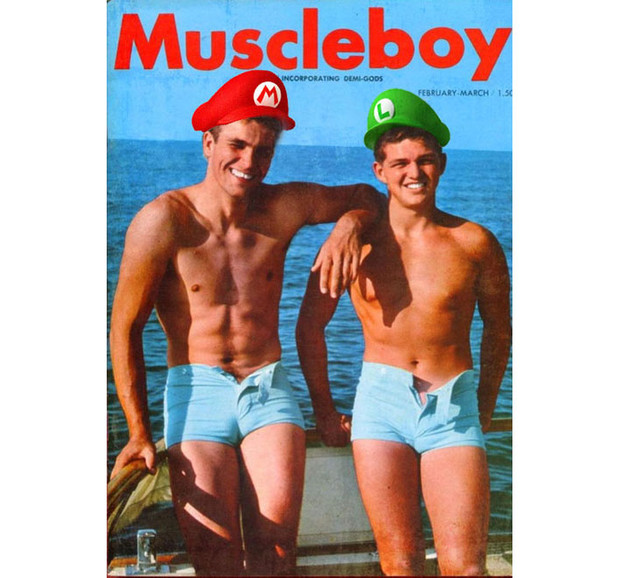 The Super Mario Bros. are supposedly in an incestuous relationship 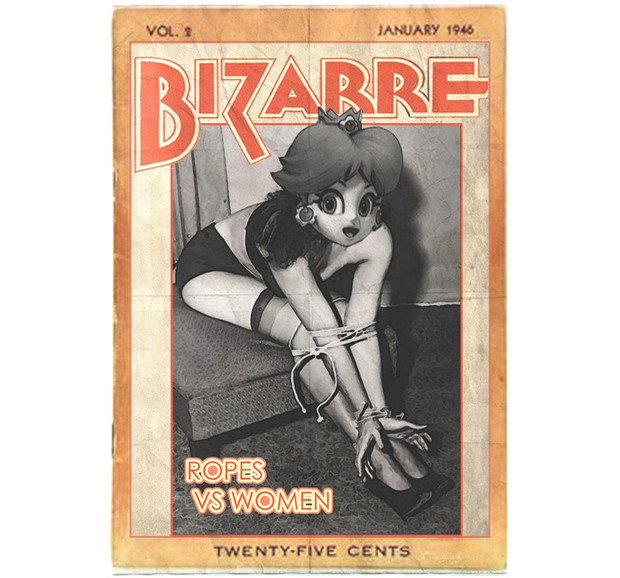 I have fantasies about Princess Daisy ever since Super Mario Land. 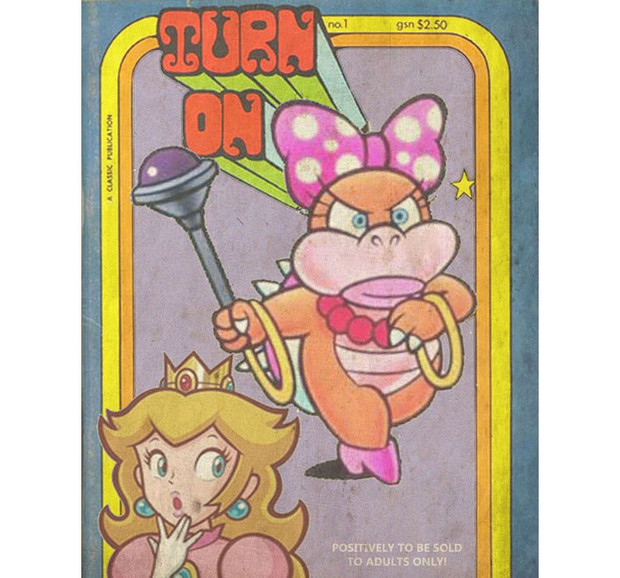 They all look like 80ies porn-stars in Mushroom Kingdom 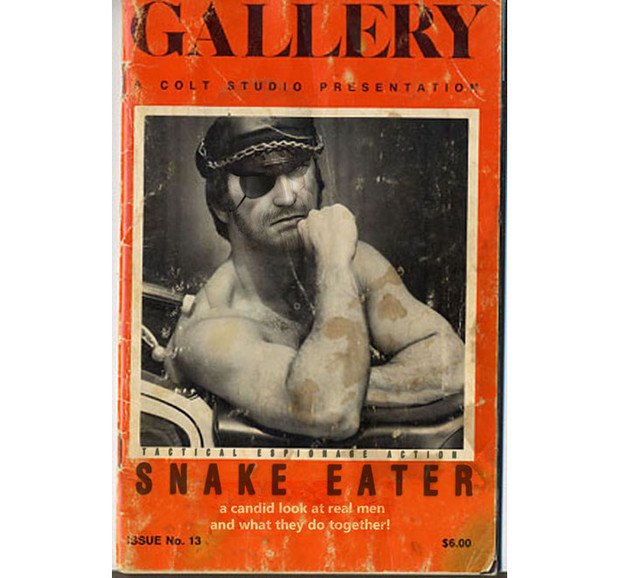 I mean, Solid Snake, Sons of Liberty, Snake Eater? A mustached roughneck obsessed with a bossy mother-figure slides into close-combat-"situations" with guys called Ocelot, Vamp, Fatman, etc. on several occasions?  Crawling on all fours, teasingly waggling his behind?