Fangs for the Memories? Seriously? Ah, what am I saying – it’s Halloween, how can there be anything serious about it? :)

I love Halloween – I’ve loved it ever since I started listening to a certain German power metal band when I was fifteen. Even though in my homeland it’s deemed a strange and unworthy holiday and is officially banned from celebrating in Russian schools, I don’t mind embarrassing myself by dressing up and going outside looking like this. 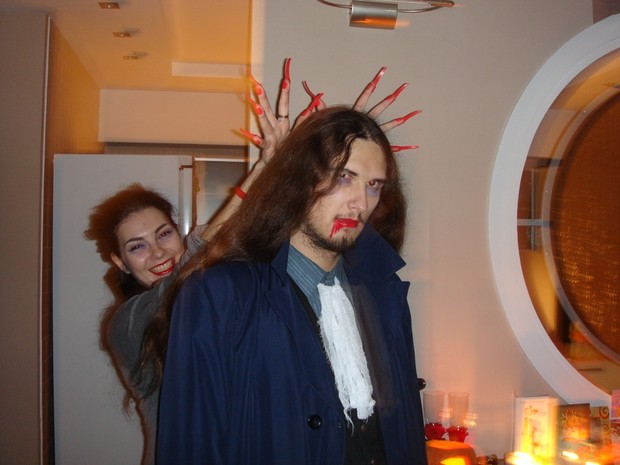 This cute little witch is doing my bidding. So will YOU mortals!

And funny thing, just a couple days back I’ve been discussing the scariest moments in video games with a friend – so I won’t be going into this community assignment unprepared. :)

I’m a sucker for a good mystical/horror story, but it’s a rarity that I find a moment in a movie or a videogame that can really scare me. I think I could count all of the experiences like that using fingers on one hand. Well, okay, maybe I’ll throw in an extra thumb. But the moment that definitely took the cake, then smashed it in my face, was the “Room with a Mirror” moment in Silent Hill 3. It was the only time when I was so confused and scared that I ran out of the room (in-game, of course) and had to take quite some time trying to figure out what I had seen – before going back in there just to find… nothing at all. And just because it was a one-time experience for me, I wouldn’t want to spoil it for everyone else, so suck it. You’ll have to play the game yourself. And I’m going to talk about Fatal Frame III: The Tormented, known in Europe as Project Zero 3. 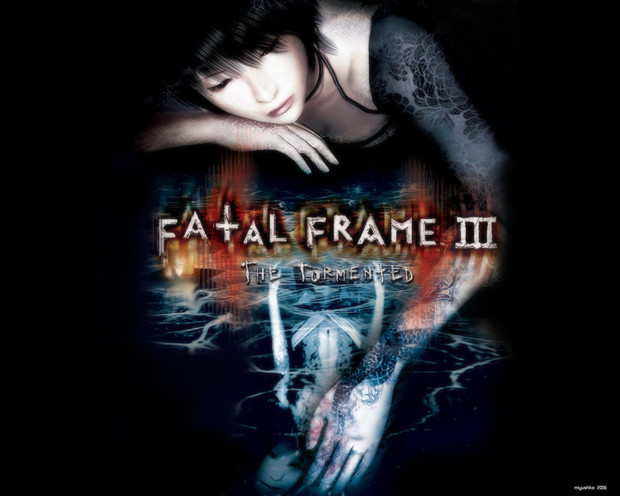 One of the key elements to scaring the player is surprise. That’s how all the jump-scares work: you’re walking down a dimly lit corridor, everything looks peaceful and the music is soothing – then suddenly you’re face to face with something unnatural or plain disfigured. All of this is usually accompanied by the sound of several violinists having a simultanious heart attack. However if you are aware of the monster and the time of its appearance it will hardly make you jump out of your seat. Same goes for making sudden scares happen too often. But can we make a frightening experience when the player is aware of the monster in the room? Fatal Frame is quite sure we can.

The Tormented, the third installment in the series puts us in the shoes of Rei Kurosawa – a freelance photographer who is experiencing nightly dreams of being lost in a haunted manor. There she finds a magical camera that can banish ghosts by photographing them. Sounds a bit stupid, doesn’t it? I, however, believe it is one of the most brilliant ideas found in a horror game. What would be your reaction if you were attacked by an angry wraith? I bet it would be turning around and running for your life – and I think no one would blame you. Video games gave us the chance to fight back – but doing so with conventional weapons (even if they are some state-of-the-art experimental gear, they usually still look like weapons) makes the ghost encounter lose its thrill very soon. But it’s a different feeling when you have to stare down the attacking ghost through the viewfinder, focus on it and then take a close-up shot. And here’s what you are going to look at. 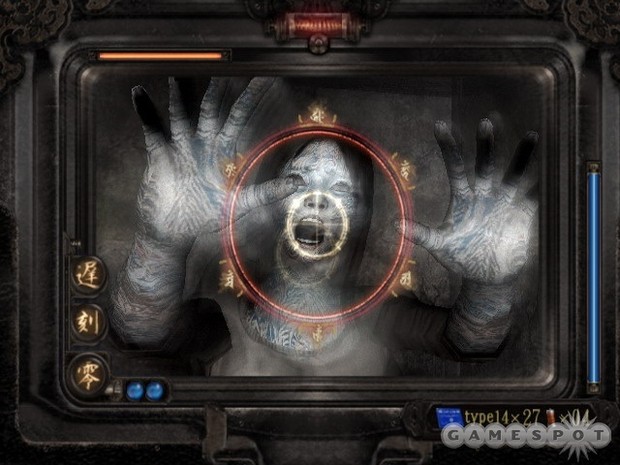 Unfortunately, after a while the impression starts to wear out, and by the end game you'd be routinely snapping pic after pic, concerned more for having a better exp reward than anything. But the first few battles – that would be something else, you can take my word for it.

Another great thing about Fatal Frame III is how it utilizes controller vibration for building up the suspense. Instead of just rumbling violently – you know, the usual way – the gamepad would gently pulsate in your hands when ghosts are nearby, then give you a single powerful shake as they finally appear. This system is not unlike the famous radio static from the Silent Hill series; both games know just the way to make you feel uneasy without you instantly realizing the reason for it. And that, in my book, is the definition of a good scare.

- Encountering a Bloodsucker for the first time in S.T.A.L.K.E.R: Shadow of Chernobyl

- The brief, yet poignant Year Walk for making me feel uneasy about staying in a silent and darkened apartment after I've finished the game.

Thanks for reading - and happy upcoming Halloween! :)