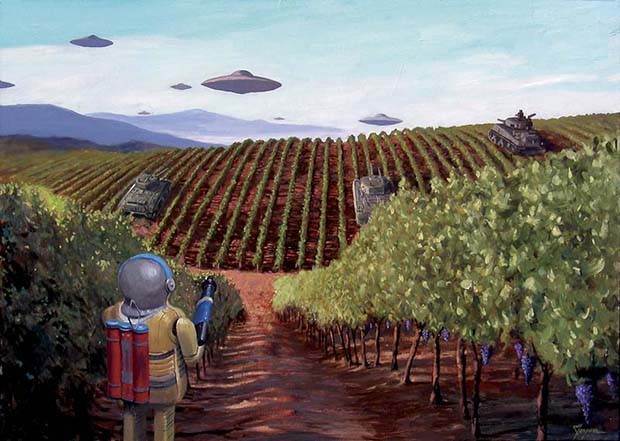 I'm not good at playing things cool or affecting an aloof persona. I can't hide what I like, or what embarrasses me, everything is always written plain as day all over my mug.

True to form, I can't hide how excited, overwhelmed, proud, (possibly terrified), and happy I am to say that Dtoid has brought me on as a regular contributor! I'm following in the footsteps of several amazing Dtoiders before me who have started as humble Cblogers and were eventually brought on as staff. It's more than an incredible opportunity, it's also an honor.

I grew up reading about games, obsessively, constantly. I probably devoted more brain cells to memorizing the overworld maps of the Zelda games and the names/spells of espers in Final Fantasy than I ever did on geography or multiplication tables. I spent my childhood years with my nose buried in the pages of Nintendo Power, EGM, Game Players (even after they switched to Ultra Game Players and got lame for awhile), and any other game magazine I could get my hands on.

I used to read those articles and think how cool it would be to be able to do THAT for a living. I'd dream about how awesome it would be to review games and write silly comedy bits and have them read by people all over the world. Discounting “medieval knight”, being a games writer was probably the first job I ever expressed an interest in.

Then I didn't think about it for more than a decade, because it was stupid (my guidance counselor told me so). 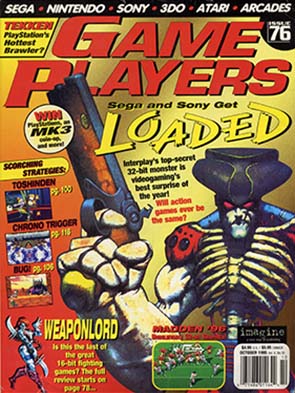 - Who's ready for that hot Loaded re-boot!? What about Weaponlord!? Hello?

Flash forward to 2010, dreams successfully denied in favor of safe adult choices, when I stumbled on a site called Destructoid. It's funny, with a kind of crazy, punk-rock attitude. It posts serious thoughtful features right next to insane comedy pieces. Best of all, it has a section where the average video game enthusiast is allowed, nay, ENCOURAGED to write and share their own thoughts and ideas with the rest of the community. I think that while I might never be an actual games writer, at least I can play at one in my spare time.

What started as a lark soon became a big part of my life. I was incredibly, unbelievably lucky, and the second blog post I ever wrote was promoted to the front page. It might sound vain or egotistical, but at that point I as hooked. I never thought anyone would give my writing a second glance, so to see it specifically highlighted and shared on the front page of the site filled me with a kind of excitement and pride I can't even describe. I wanted to write more, I wanted to get another taste of that.

I dug in deeper, made a home here. I'd constantly read other people's blogs, I was fascinated to hear what they had to say. Destructoid has hosted some of the most imaginative, creative, and downright hilarious people I've ever had the pleasure of knowing, and I quickly became addicted. I'd wake up in the morning and the first thing I'd do was open up the C-blog page to see what had been posted (I still do that). There are posters who whenever I see they've posted a new blog, I'll drop whatever it is I'm doing and instantly hunker down to read it. I'm never disappointed.

I joined the recap team in 2011 (actually, just last week would mark my third year anniversary of being a capper!) and it was one of the best decisions I ever made. Not only did being a recapper keep me involved and constantly communicating with the community, it introduced me to the awesome folks on the recap team. My N7 squad buddy Strider, the always entertaining (and insightful) Smurf, the wonderfully sweet bbain, our favorite creepy uncle Phil, and everyone else. Knowing that I was in the company of such amazing, talented people always pushed me to up my game, I always wanted to be topsauce worthy for my cap brothers and sisters.

All of this is my long winded way of saying this is a literally a dream come true, and it wouldn't have happened anywhere else. The Dtoid community is something special, and I plan to do you all proud. 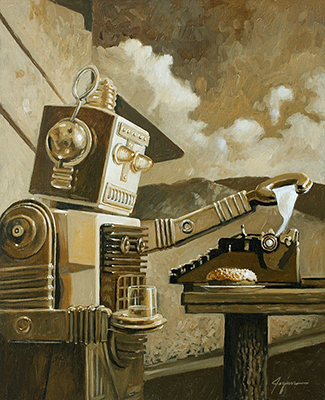 And I promise not to fill the front page with Dark Souls and MechWarrior stuff (at least not all of the time).