I needed a break from the, sometimes, slow-burn collectathon that is Kirby: Triple Deluxe (it's so FUCKING CUTE, though!), and that break wasn't to be spent playing more video games. Perhaps I've had enough for today.

But, what else is it that I do besides play video games? Why, talk about them of course! 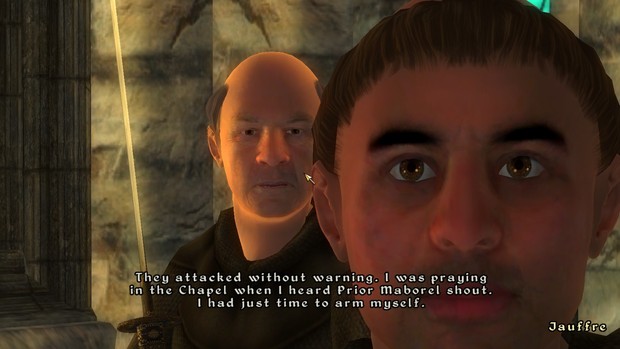 It wasn't until a couple or so years ago that I started to really think critically about video games. Get in to the mindset of what our very trustworthy reviewers find themselves in when they just wanna have fun.

That's the key point there. Before then, I thought having fun with a video game was almost just appreciating it in passing, not thinking too much about it, while experiencing whatever bombastic, thought-provoking or downright sexual splendor it had for me to experience. Thinking too much about the fun you were having would be to miss the point! STFUAJPG!

Then I began to appreciate video games in so many more different lights.

What was once "I liked the gunplay in Halo. It felt visceral." was now "The enemy design and AI factor so greatly in to your movement around the almost arena-like battlefields that you'll naturally find yourself thinking on the fly, in the moment, and using the environment and your weapons to your advantage in a way you thought were almost lost to shooters of old. You're honed in. The gunplay is polished and said gunplay is put to such great use.

Sometimes, I no longer had to dig deep to find a game's fatal flaw. New standards arose, for better or for worse. That was when, I think, my journey for a favorite game truly began. 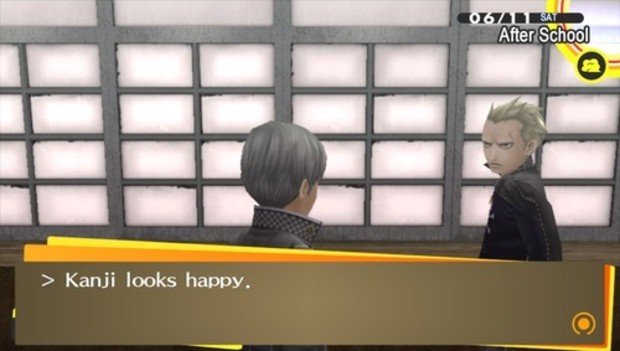 And now, sometime later, we're here. What is my favorite video game?

Really? I don't fucking know yet.

I first thought back to Saints Row 2. It's vibrant and exciting open world is still amongst the best you'll find despite it's lackluster art and graphical design, which is really all that needs to be said. It's gunplay and driving meet just enough averages that the act of playing it, generally, doesn't get in the way of appreciating it's design beyond.

The open world is, naturally, one of the most important aspects to any open world game, and I love SR2's updated Stilwater (one 'l', people). It's many indoor areas and extensive underground locales, it's nooks and crannies, it's architectural variety, and let's not forget the soundtrack (indirect as it may be, it has at least some baring on your enjoyment of Stilwater). Is it great? Well, it has Down Under and Gangsta Bitch a few flips away from eachother. How's that for perspective?

In theory, it's still my favorite game.

Problem is, the actual technical performance doesn't hold up at all. Whether it's PC or consoles. And after a solid two years of 45-60fps gaming on my notebook, performance has become a real sticking point for me. It's buffet of activities and side distractions, it's awesome open world, it's great campaign, it's endless customization... almost seems like nothing amidst regular frame drops at an otherwise 30fps cap. Get too much on-screen and I'm actively forcing myself to find the fun in playing with what's essentially a slideshow.

I know, in many ways, I can still have plenty of fun with it, but I'm not sure I'd still truly consider it even amongst my favorites. Well, if we're going to apply a similar line of thinking to other open world games, shouldn't I absolutely adore GTA IV? Because while many do have good reason to dislike it (especially coming off of a game as expansive and eccentric as GTA: San Andreas), it's open world is literally the best.

It is PACKED with painstaking detail and oozes passion for visual and architectural design. Every goddamn alleyway is a brand new adventure. To this day, I'll pop it in just to walk around for a tick and I'll usually find something new every session. Like a competently-sized cemetary, complete with civilian mourners. Just... tucked away in the corner of one of the islands like it's no whoop.

Civilians banter and animate realistically, weather effects and day/night cycles bring all sorts of thick atmosphere, it's varied and very appropriate soundtrack echoes through the heavy traffic, and it's physics systems are still impressive. It's a genuinely immersive and fun to explore place, GTAIV's Liberty City.

It's a shame there's almost nothing to actually do in it outside of lukewarm takes on bowling and pool, the horrendously drawn-out campaign, or forcibly making your own fun with the police chases. As much as I want to make physical love to every corner of this great virtual city, I gotta say the brakes slam fast when there's not much fun outside impromptu walking/driving simulation.

The open world might, arguably, be the most important aspect. However, it's definitely not the only important one. 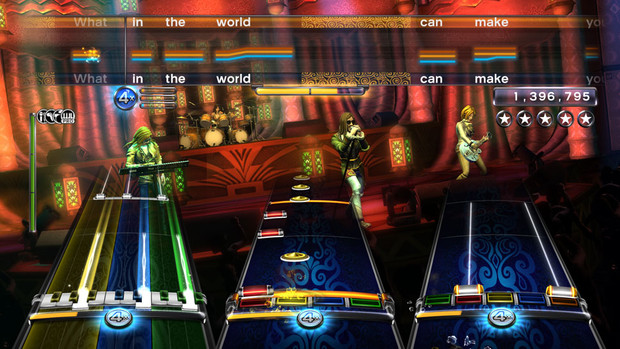 To not drag this blog out to an ungodly degree, let's say we get faster and more IN YOUR FACE. What about the more likely candidates?

Guitar Hero 1 and 2 are what got me way more heavily into music and even playing guitar, and I've had literally thousands of hours logged across every Rock Band (even LEGO... which I love!) iteration. Harmonix, as a company, I owe a great deal of the better parts of my life to.

And I really... really don't wanna think about all that money I've poured into DLC.

Important factors to consider, so what about one of those games? 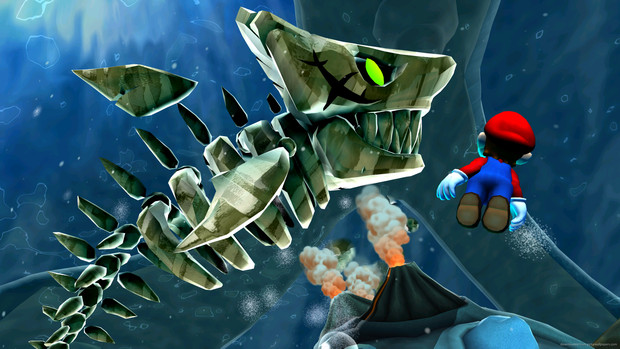 The inspiring amount of creativity put into platformer Super Mario Galaxy is hard to deny.

Even at it's most dark, Galaxy is so darn bubbly. Everything makes me want to either squish it, eat it, or rub up against it. Outside of Kirby, modern 3D Mario is about as happy as gaming can get. It's a feeling so infectious that it's hard to complain about it's lack of challenge, and it's design is even quite awesome despite. With each "galaxy", you're not retreading tired ground, you're jumping into a whole new playpen of fancy powers, whimsical platforming, and stupid Goombas.

Some minor padding aside, it's a lively, soulful and breathtaking experience that I can play over and over and over. Even if I may be playing as a sociopathic beast of badden.

Any game that good and worth playing endlessly is bound to mean something? 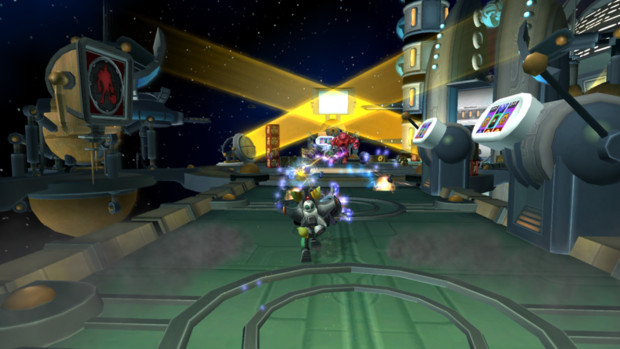 Fresh off of a new IP starring a super douche now turned superhero, Insomiac graced you and me with Ratchet and Clank: Going Commando.

Seriously. In just a single short year, they totally trumped the original in every way and then some. Back in the day, man. When that was totally doable as long as you had a team dedicated enough. An insanely extensive campaign with a wide array of locales, a polished up and now totally satisfying combat system, competent racing and space combat to break up the usual shooter gameplay, a wonderful sense of humor, etc.

Gaming doesn't get much more simple, while far from monotonous, than this. More than Dynasty Warriors or Earth Defense Force, Going Commando is my therapy. BLAM BLAM KABOOM!

... maybe Going Commando is my favorite? 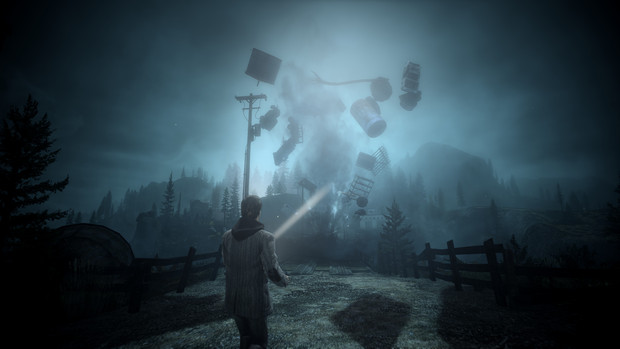 I've already sung my bard's tale of praises of Alan Wake in another blog. In retrospect, it was a bit hyperbolic, but my thoughts are practically the same as ever. It's not gaming's best narrative and it's not amongst a master class of game design, but it's a game I cannot stop thinking about. I am completely invested with it's universe (moreso than with ones as fleshed out and exciting as Mass Effect or Elder Scrolls) despite it's potential holes and "just the tip" cliffhanger (you're killing me here, guys).

Fuck. I wanna play it right now. For a third time. It MUST be my favorite! 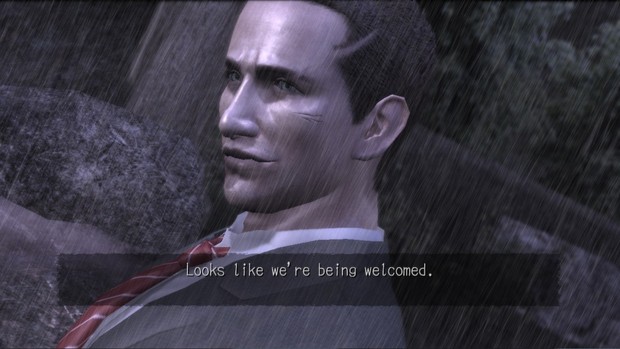 Our forgotten brother Jim Sterling's review of Deadly Premonition says it all, really. But, to recap: DP is the business. You're dealt it, you don't know what to make of it, it may've even hurt a little along the way... but, you know it's fucking great. It's as close as gaming's gotten to perfection in "so bad it's good". What's not to love in that? It was innocent yet ambitious, fun as hell, and a little tragic in it's lack of mainstream success.

If we're judging my favorite game based on how much it has brought a smile to my face, Deadly Premonition would be it. I just don't think the magic would be there a second time. Another playthrough in order, perhaps? 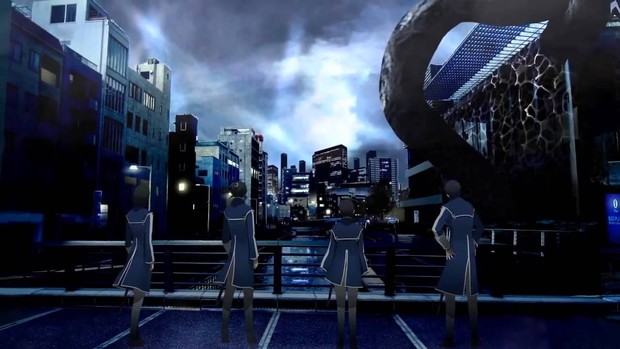 As my first foray into the core SMT franchise, Shin Megami Tensei IV was an adventure I will remember fondly for the rest of my life.

My sense of wonder and awe was second to no other game I have played. Every boss demon had me wide-eyed and intimidated (some had my mouth agape or even had me straight-up terrified by their mere concept), every other demon encounter tickled my interests, the gameplay (while easy to fall into a groove with after a while) was never not about as satisfying as turn-based combat can get...

Though I did absolutely hate the Tokyo overworld map design, sometimes making backtracking and exploring a temporary Hell. But, hey, *SPOILERS* you can directly influence your player choices into creating an ending that destroys all life within the entire universe for all enternity. Uh huh.

That pretty much seals the deal? 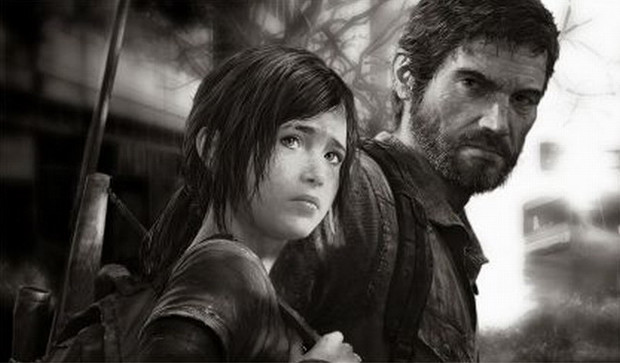 With that said, across my 18 hour journey through The Last Of Us: Remastered, I experienced a tale far more epic than most 50-100+ RPG's.

Alan Wake may include some of my most favorite gaming lore, but The Last Of Us' narrative strength is in it's characters. Not to overstate things, the performances are fucking outstanding and real as the clothes on your back and butt (unless you're naked reading this) with dialogue equal in quality and subtlety. Whether it's in the way a character's expression quivers or morphs under pressure, the way someone may move their body, or just in the total lack of delivery.

You're not beaten over the head with EMOSHUN, you're not left hanging at the end, it a simple A to B story told brilliantly at a near-perfect pace. To say nothing of the tension and unadulterated brutality to be found in the gameplay on it's Grounded difficulty mode, The Last Of Us is one hell of a package with only minor quibbles holding it back.

Jesum. The Last Of Us MUST be it! 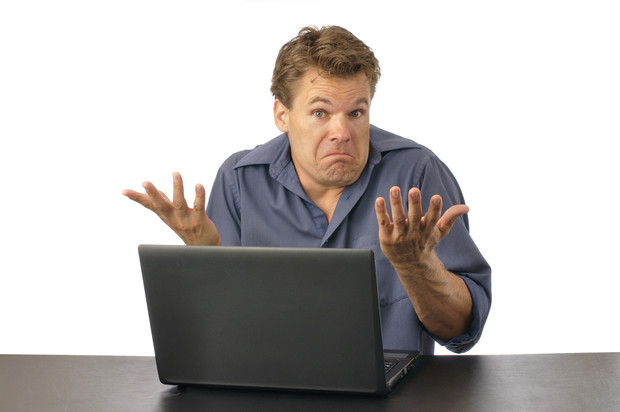 Point is, I think it's too early to tell. Gaming being the passion it is for me and given my curious and observant mind (*wank wank wank*), back and forths are bound to happen.

At the very least, I'm always on the prowl for new favorites. Critique has become something I look forward to as much as actually playing the game, which might be why it's so impossible to pick an absolute favorite. Every one of my most-treasured gaming experiences are special and gnarly in their own ways.

Would probably be that much easier if I could feasibly chunk in a few military shooters.