The Many Legends of Zelda: Which Games Are the Most Essential?

A few weeks back, I snagged a copy of The Legend of Zelda: A Link Between Worlds and found myself completely smitten by the nostalgic gameplay. It was everything I loved from the classic series that culminated in 1992’s A Link to the Past and 1993’s Link’s Awakening.

I have since completed the game, and like a dutiful fan, have thus combed the appropriate Wikis to see where Worlds fits within the overall Zelda timeline and multiverse. But that got me thinking—if I were a newcomer to the entire Zelda franchise, where would be the best place to start? The games are numerous, their stories an almost inscrutable web of lore and legend. For the beginning player, which games are the most essential?

The Zelda Timelime: If it looks complicated, that's because it is.

Hence the following list, which should help those unfamiliar with the Zelda franchise and its sprawling mythology. This means, of course, that some quality games like Majora’s Mask will be “ranked” lower than others due to their lack of accessibility for novice players. And for the sake of simplicity, I’ve decided to separate the classic 2-D, overhead perspective titles (A Link to the Past) from their 3-D, more complex counterparts (Ocarina of Time).

The Legend of Zelda, 2-D Style

1. The Legend of Zelda: A Link to the Past

Probably the most quintessential installment of the franchise, Past has been lavished with praise since the time of its original release and has continued to serve as the general template for nearly every Zelda game since, especially those of the 2-D variety. Its only weaknesses by modern standards involve a weak narrative and slightly unbalanced difficulty for the first hours of play.

2. The Legend of Zelda: A Link Between Worlds

As an indirect sequel to A Link to the Past, Worlds plays very similarly, even duplicating the original’s overworld and retaining many of its mechanics and design sensibilities. Unfortunately, this means it also suffers from a middling narrative and a somewhat derivative nature. Nevertheless, the game serves as both an excellent introduction to the series, and a nice nostalgic tribute to what’s come before.

3. The Legend of Zelda: Link’s Awakening

Although hugely popular during its era, Link’s Awakening has become a sort of underappreciated gem in later years, rivaling even Majora’s Mask (another cult favorite) in terms of its dark horse status. And, at first glance, it’s not hard to understand why—the game’s simplistic 8-bit graphics, while impressive at the time, don’t make much of an impression in our modern age of 3-D wizardry. Even so, anyone who delves into the game’s rich world will uncover an adventure unlike anything that has come before or since, with a mysterious, existentialist plot (the first for the series), a fresh cast of endearing characters (Zelda is nowhere to be found, replaced instead by the lovable Marin), and an amazing number of hidden secrets and cameos (it’s practically a Super Mario crossover in parts). The game even sports a second, hidden ending. A must play for any fan of the franchise. 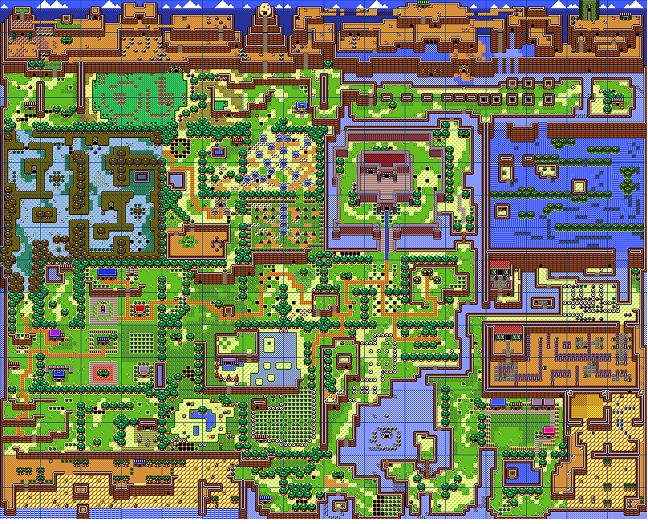 The overworld in Link's Awakening--8-bit and beautiful.

4. The Legend of Zelda: The Minish Cap

This is a controversial choice; designed by Capcom and merely overseen by Nintendo, the game bears an unusually distinctive quality that renders it either essential or trivial depending on one’s point of view. Either way, there’s no denying the game’s accessibility, charm, and focus on action, and for anyone looking for a fun, breezy adventure, this game will surely please.

5. The Legend of Zelda

As the first entry in the entire Zelda canon, the game was revolutionary for its time and remains inescapably fundamental to the entire series. Conversely, and somewhat ironically, it’s also a much different experience than what would later follow, with an open world full of cryptic traps and secrets and a plot that could be summarized in a fortune cookie. Worth playing, but probably not before trying some of its most more sophisticated brethren.

The Others: Oracle of Ages, Oracle of Seasons, The Phantom Hourglass, Spirit Tracks

Although perfectly fine in their own right, these games lack either the distinctiveness or the accessibility to make them good initial choices for the casual newcomer. The Oracle titles are very derivative of Link’s Awakening, for example, while The Phantom Hourglass is a direct sequel to The Wind Waker and features an onerous central dungeon that has tried the patience of even the most dedicated Zelda fans. I’d first recommend Spirit Tracks if I had to recommend any of them.

The Legend of Zelda, 3-D Style

1. The Legend of Zelda: The Ocarina of Time

Much like A Link to the Past continues to influence its 2-D descendants, Ocarina is still the favorite of many Zelda fans, and its mark can be found on every 3-D sequel that has come since. Indeed, much like Super Mario 64, Mega Man Legends, and Tomb Raider showed both developers and gamers alike the promise of 3-D design, Ocarina proved it with a groundbreaking adventure that still resonates to this day. Beginners need only be aware of its higher than average difficulty and greater complexity in controls.

2. The Legend of Zelda: The Wind Waker

Rendered in a charming cel-shaded style, The Wind Waker might be a better starting point for those wanting a massive 3-D world to explore, but without Ocarina’s greater emphasis on difficulty. The story and setting, of course, will seem a little strange at first to those not familiar with the series’ lore, but the gameplay is fast, polished, and generally easy to master. The lack of dungeons and a series of padded (and forced) sidequests are among the game’s most egregious negatives.

3. The Legend of Zelda: Twilight Princess

Twilight Princess is an odd game in that, at the time, it’s what every Zelda fan seemed to want. After being disappointed by the kiddie-style of Wind Waker, gamers salivated at the chance to control a “realistic” Link through a world more consistent with Ocarina’s. But paradoxically, once the game finally released, many quickly snubbed it as being too much like its original forebear. Nevertheless, this is still a highly polished, accessible title for those looking for something resembling a true sequel to Ocarina. 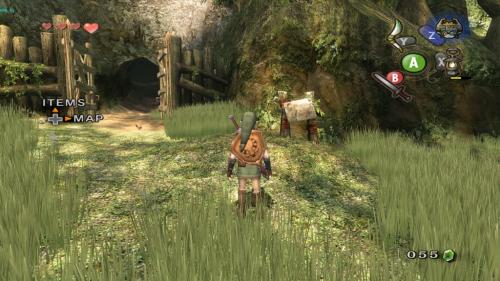 Somewhat inexplicably, some fans turned against Twilight Princess after its release. Still well worth a play, however.

The Others: Majora’s Mask, Skyward Sword

Both of these titles are excellent in their own way, but neither is a proper entry point into the overall Zelda canon. Majora’s Mask is, frankly, a little weird and esoteric, featuring a dark plot and ideas about temporal manipulation that might prove overly heavy-handed for the merely curious. By contrast, Skyward Sword is more conventional in tone and spirit, but its sometimes awkward motion controls and emphasis on fetch quests have degraded it to a lower status than perhaps it rightfully deserves.

Of course, I’ve excluded certain titles that don’t really fit, from the GameCube’s The Four Swords Adventures to those awful CD-I games to that awkward experiment that is Adventures of Link. But as a basic primer to everything Zelda, the games listed here are the perfect portals for those adventurers setting forth for the first time.

But what do you think?

(Incidentally, many of the older titles listed here can be found on Nintendo's Virtual Console download service available through its 3DS, Wii, and Wii U platforms. But there are some quirks with the arrangement, the foremost being that the Gameboy titles [Link's Awakening and the Oracle games] are only offered on the 3DS, while the Gameboy Advance's The Minish Cap is found exclusively on the Wii U.)