What can I say about my dick? He is an awesome ass dude. Standing at 7-7.5" (interest depending) he is a stout, somewhat short gentlemen. He clocks in at decent girth of almost 2 inches and wears (what I'm told) is a very beautiful helmet. His slight lilt upwards, reminds me of a flower trying to reach an out of the way shaft of sunlight and inspires me to write poetry while laying nude in a slip and slide covered in Jello pudding. While my dick is a great guy, he's not without his share of problems but overall our relationship is rock solid. A lot of people hate on the guy though. He has been banned from the Nickelodean Kid's Choice Awards, thrown out of a P.F. Chang's, condemned by Nelson Mandela and recently had a spat with Ariana Grande. Let's do a breakdown of why this little guy garners my love:

My dick is always there if I need him

This dude never leaves my side. Rainy days, hot days, bad days and good days he is always ready to hang out. He never gets mad when I reach out to him, no matter the time of day or night and always rises to the occasion at hand.

He is always down to ride

This fool is always ready to ride on bitches. There's been times where I've even been passed out and I wake to find him riding (I'll never forgive him for that sea manatee looking thing though, to be fair he had a lot of Jager and Adios' that night) or giving someone a mouth full. Sometimes we have a tug of war argument over who he wants to ride on, but compromise on both ends has kept our relationship in good standing. 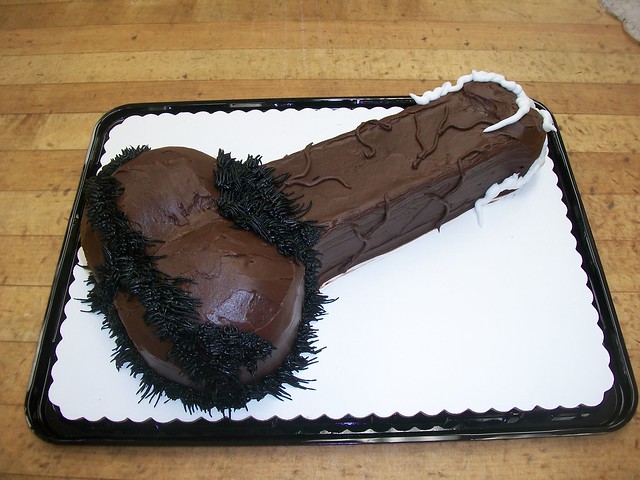 My dick is always down to party

Doesn't matter if he rises first thing in the morning, or decides he wants to make his night swell after a long day. This dick knows how to get down (and right back up again). He can go all night as long as he gets 10-30 minute breaks here and there, but he is also down to be in and out in a jiff.

He's adaptable to the situation facing him

My dick is not one to complain under any circumstances. He's happy to have company, but he can fly solo. He doesn't mind being under someone's thumb, nor does he mind if someone puts their foot down on him. He doesn't mind being in tight situations, nor less formal, looser affairs. He is willing to change it up at the drop of a hat. He isn't a racist or bigoted dick

There are still a lot of racial/gender/identity/etc. tensions in the world and I'm proud to say that my buddy in no way contributes to such problems. He is willing to work with all ages, sexes and colors. This guy embodies equality and then fucks it.

He doesn't get scared easily

This may not seem like a big deal, but I have a problem with people who scare easily. I figure it's due to my job (I work with psychotics and mentally disabled folks who have violent tendencies) and the high turn over I deal with, due to people getting scared and not helping in violent situations or being scared to deal with certain patients. My dick? This mother fucker will dive into any situation, no matter how nasty it looks. He has a bad ass scar on his head and another on his body because he wasn't afraid to get in there and get the damn job done.

As you can see from the reasons above, this is one cool dick. I love the guy to death. I know  that on the whole, his good outweighs his bad, his heart throbs with awesome and he knows when to get hard on a mother. Couldn't ask for more. I love you my dick.
#OpinionEditorial
Login to vote this up!