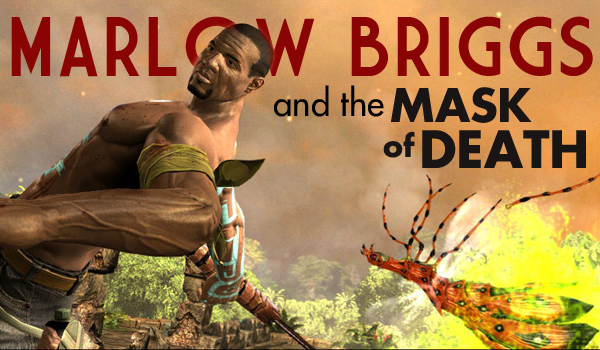 Marlow Briggs and the Mask of Death is the best $0.99 I've ever spent aside from that one time where I bought Gen 3 Pokemon plushies at a 99 cent store, and it is still well worth its normal asking price of $4.99.

That guy in the picture? That's Marlow. Glowing tattoos and lack of shirt aside, he looks like a random NPC. Outside of horror and zombie games, Marlow might as well be the quintessential example of that type of videogame character that I like to call "just some guy". There's literally nothing special about Marlow prior to receiving his powers Aku Aku from the Crash Bandicoot series. Even his girlfriend has a lot more going on when it comes to characterization, which is not saying much. I do think it's very refreshing to see an ordinary man in a genre that's filled with unique and fantastical main leads such as:

Speaking of Kratos, make no mistake. This game is a God of War clone. The mechanics are eerily similar. While the combos are slightly different, the enemies you encounter are almost the same. I'm pretty sure I saw the cyclops, harpy and that those guys with blades for arms that sink into the ground. You do encounter way more giant insects, though. As for exploration and puzzles, well... 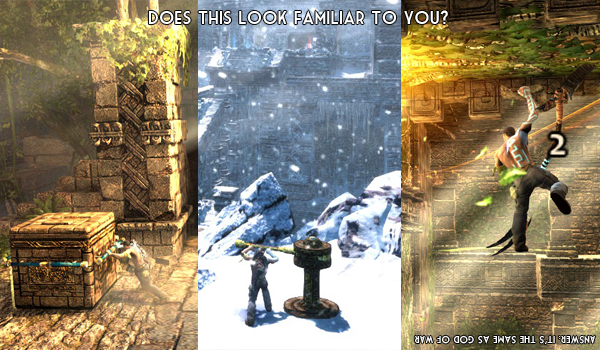 The story of this game is as barebones as it gets. Marlow, the African American man with big hands, is out on a quest to save his Hispanic girlfriend and stop the evil Chinese businessman from ruling the world using ancient Mayan bullshit.

But the story and the alright gameplay alone isn't what makes this game special. What truly won me over was these elements combined with the game's ridiculous, over the top action and unprecedented pacing.

Within the first hour of the game, Marlow gets stabbed, resurrected, blows up a vehicle in front of a temple, rides a flaming cable car, shoots down a couple dozen helicopters, ziplines across a cliff, destroys a giant excavator, acquires the power of flame, fights enemies in a flying helipad and hangs upside down from a helicopter on his way to a giant mobile excavation site. And he still has the time to have comedic banter with his mask friend while doing all of this.

You move from area to area at an incredibly brisk pace, which makes said areas look even more impressive. To think that, for a budget game, they really spent time putting lots of detail into these areas, whose sheer scale is equally impressive, that the player will just pass through in a couple of minutes. 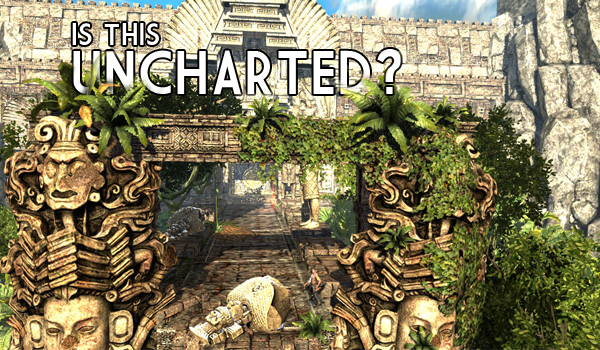 I'd be doing the game a great disservice if I don't even mention its cutscenes. In lieu of your typical animated cutscenes (which the game still has some of), the game takes a keyframe from an action sequence and have the camera rotate around the scene and pans to carefully placed objects to obstruct the view and smoothly transition to the next keyframe. I probably didn't explain it in the best way possible but I thought that was a very smart and creative way to do cutscenes on a budget, though I did found it a bit anti-climactic to end its setpieces that way.

Further contributing to the game's action packed and fast paced nature are occasional challenges such as Temple Run-esque running segments where you collect orbs and avoid obstacles. There are also on-rails turret sequences where you have to shoot down waaay too many helicopters or drive through a road with an ungodly amount of explosive barrels and gasoline trucks (while shooting down way too many helicopters). It even turns into a shmup at one point. 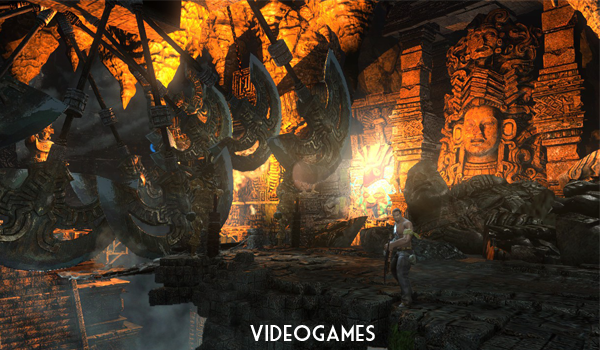 The game is not without its flaws, however. It is filled with almost as many bugs as the number of giant insects you kill throughout the game.

During my run, I experienced the following: You don't clip properly to the steps of the ladder. There is even one point where I almost couldn't progress at all because I couldn't fully climb to the top of this one ladder. The subtitles of the audio logs are out of sync. You can't move to the right as fast as you can move in any other direction when piloting the helicopter. The worst one I encountered was when you would get locked in the box turning animation whenever you grab a box, which made one particular timed puzzle really infuriating since you had to push a box at the very end.

All of such problems may or may not be resolved by reloading a save. Fortunately, the game rotates between 10 autosaves so you'll no longer have to go back to the very beginning if you encounter a game breaking bug (which I never had). Plus, you can manually save anywhere and anytime now, making it very possible to save scum if you really suck at the game.

As for its difficulty, I can say that I've only encountered one segment that is downright impossible to beat on the higher difficulty settings because of the adjustments on the player's damage output and health (or was it the enemy's damage output?). Being basically a DPS race, I just couldn't beat first boss without reverting to normal mode because the infinitely respawning helicopter that shoots you offscreen deals damage to you faster that you can deal damage to the boss. The rest of the game is pretty fair, though, nothing too challenging or unfair aside from the occasional enemy that takes way too many hits to kill.

Even after completing what was more or less a 7 to 8 hour experience, I am still thoroughly baffled at the existence of this thing called Marlow Briggs and the Mask of Death. While it's not the most original or innovative game out there, I believe the developers did an outstanding job with what I'd imagine was an incredibly tight budget that was given to them. It cuts a lot of corners in several areas but never swerves off it's path to deliver a game that's just fun in the purest sense of the word. If all videogames are trying to be movies now, then this game is the best dumb summer action film I've played in a while. 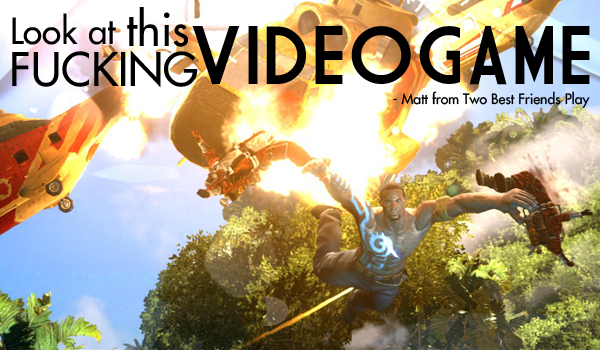 So what about you? Got a story or review to tell about some dumb game you bought on Steam or GOG this past week? Write a blog about it!

What's your Summer Sale Surprise?
#CommunityReviews
Login to vote this up!