In Defense of Ubisoft

There has been a lot of Ubisoft hate going around the internet lately, related to their choice of protagonist in Far Cry 4, as well as the lack of inclusion of a female assassin in the new Assassin's Creed: Unity.  To quickly rehash these issues for anyone that has not heard yet:

1. The Far Cry 4 protagonist was thought to follow the same "angry, white male" archetype that is oh-so-common in AAA games nowadays.  Ubisoft has since released a sketch of the protagonist, who is of Asian descent; the Himalayas, to be precise.

2. There will be no female assassin for players to be in the new AC: Unity, which was made worse by creative director Alex Amancio's response to media that it was too hard to create female character models, since it was "a lot of extra production work," "the only logical option...was to cut the female avatar."  Really, not the best response he could have came up with. 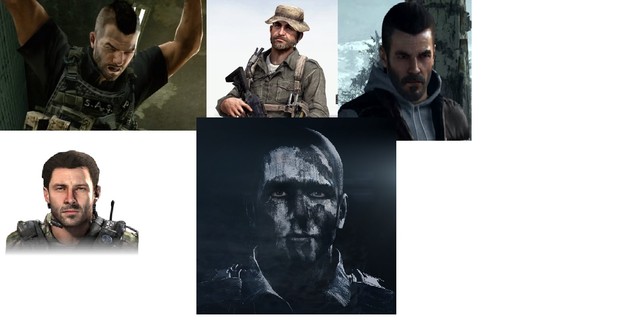 Bunch of honkies. Even with the face paint, we know you're white.

So, I think from here we can conclude that the lead protagonists, while still mostly male, have never once fit into any typical archetypes of gaming.  While speaking of inclusiveness, it is also important to mention how accessible Ubisoft makes it games.  For example, Assassin's Creed: Black Flag is playable in 7 different languages, as well as 17 subtitles, including some like Arabic, Czech and Norwegian, which you won't find in many games.  For myself, I enjoy playing in Russian with English subtitles so that I am learning while playing.

Ubisoft isn't so bad when it comes to diversity in its casting, or even with it's audience.  They are more concerned about presenting an accurate depiction of a time period or of a situation, than of fighting SJW battles that have no relevance on their titles.  Yeah, I would have liked to see a female lead join the multiplayer in AC: Unity, but when I look at what Ubisoft has done compared to other companies that still put out "angry white men", I am truly thankful that such a company exists.  I only hope that others can take a page from Ubisoft's books to include different races, genders, creeds, and sexualities when creating new titles.

Edit: After some discussion, I feel it should be noted that this is not an attack on people who truly fight for social justice.  More so, it is a criticism of internet SJWs who hear one thing and then decide to wholly defend it without knowing all of the facts themselves.  If you truly fight for equity and human rights, the world needs more of you.

The Scholarly Gamer
Login to vote this up!