Ubisoft has stepped it up, but can players learn to work together?

While watching this trailer, I went from sitting, to standing, to grabbing the sides of my head, to eventually falling to my knees and shouting for Team Raven to win at one point.  I have to say that I am wholly impressed at Ubisoft taking the cancelled Rainbow Six: Patriots, (which I am sorely upset about after last year's reveal trailer: Rainbow Six: Patriots Reveal Trailer) and turning it into this tactical wonder.  This game has almost everything I would want from a tactical multiplayer FPS, and seems to shine bright with good teamwork and communication. 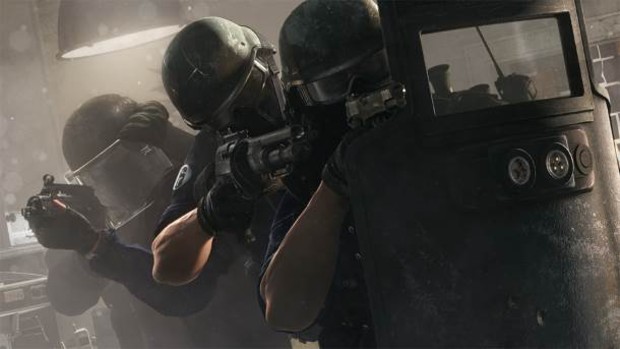 Which is what brings me to my main point.  If Ubisoft has created a game that functions this well when five players are talking and working together, what does it look like in a Public lobby?  This hearkens me back to Payday 2, which I was crazily excited for and upset me on most levels.  With 3 other players chatting, you could sometimes pull off the heist, but more often then not it fell to pieces.

Ubisoft has played it smart, pitting real players against each other in these scenarios, because it forces the offence and defense to each be extremely strategic or chance becoming easy victims.  Will public lobbies just be messes of players running around messing things up for each other, or do you think that we as gamers can come together to try and achieve a goal?

I'm excited to find out, but I recommend finding 4 other friends with a copy of the game, because chances are the public lobbies will be chaotic.  I hate to say it, but I've lost faith in randomly stumbling across a full team of apt and able gamers.

Edit:  This isn't even considering how hard trying to play a game of AC Unity online will be with random players.  Ubisoft is really trying to promote teamwork and strategy with their new titles, can we as gamers step up to the challenge online?
Login to vote this up!