Enemy Front Falls Behind (See what I did there? =D)

11:19 AM on 06.12.2014 (server time)    0
None of you know my writing style and general opinions on games yet, so let me just start by saying that most often I am the type of person that can find the little things that make a game great; I am the "Here-are-the-reasons-you-should-give-this-a-chance kind of guy.  You will see this from my perspectives on Murdered:Soul Suspect, which many lambasted as a horrible game. (See: Murdered: The Usual Suspects?)

Enemy Front is a different story for me though.  Admittedly, I am only a few hours into the game so far, but I am having trouble finding the will to pick it back up.  Maybe this is partially because Stuart Black (the man behind the brilliant shooter Black) dropped Enemy Front and left City Interactive because of creative disagreements.  The shooter originally envisioned by Black sounded a lot more entertaining to me.
(See:http://spong.com/press_release/25781/Drop-Behind-Enemy-Lines-with-City-Interactives-Enemy-Front) 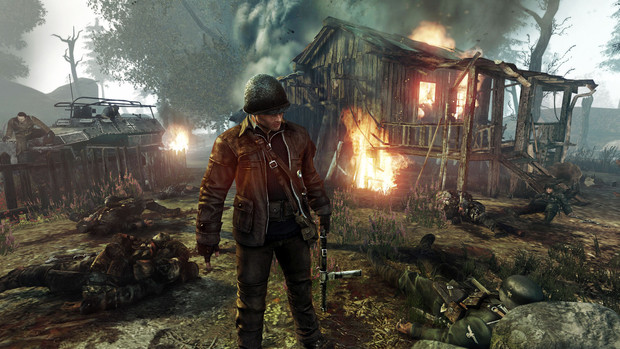 All in all, it was a disappointing jaunt through Poland last night. Which for me is exceptionally disappointing, because I am a Soviet history major, and was very excited to see the adaptation of Warsaw.  I'll probably try and trudge through the campaign some more, and the multiplayer still beckons, although I cannot see it being superb after fighting the mechanics in the campaign.

Have any of you tried Enemy Front yet?  Let me know what you think in the comments below!  I'll probably dust off Black tonight and give that a whirl...
Login to vote this up!