Okay now we've gotten that out of the way. Let me try and explain what this is. "Sex And..." is a series which I've been wanting to get up and running for a while. A vast majority of games don't deal with sex in any kind of way, which is pretty weird since its about the most natural thing we do besides eat, drink and socialise. I want to take a look and highlight the games that do tackle the subject and highlight how and why they include sex.

I won't be delving into H-Games or anything which is designed specifically to be pornography or visual titillation to the point where that becomes the main focus of the game, because not only are there already probably many forum posts dedicated to that, but that's not what I want to get at here. I want to look at games which incorporate sex or sexual themes into their games as a part of a whole, and how they deal with it. I'll try to be as spoiler free as possible, but I'll be talking about the games to a large extent, so read on at your own risk. I mean it also might be a little NSFW, but if you don't get that from the title then come on.

With that, let's take a look at one series which is noted for its sexual content in terms of the videogame world, everyone's favourite albino monster hunter, Geralt of Rivia in The Witcher and The Witcher 2: Assassins Of Kings which will be in Part 2. 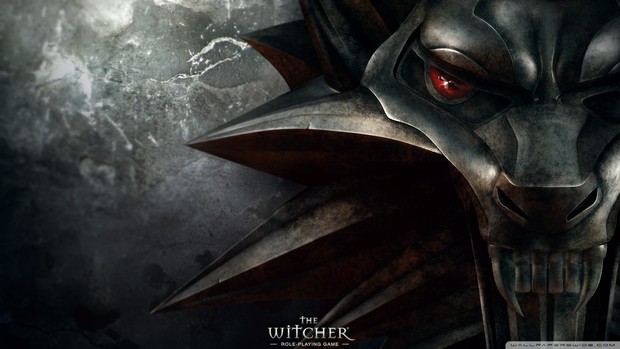 
The Witcher: Enhanced Edition was released in October 2007.

It's possible sexual encounters are 25 all together, including the mutually exclusive encounters and the extra encounter provided by the premium module "The Price Of Neutrality".

So sex. I never took notice of it when it came out, but apparently it caused up quite a stir when it came out due to the way it goes about it. Each sex "scene" is the same cutscene veiled by a red aura and a individually drawn...well a sex card. Here's one to show you what its essentially like. Each scene is also accompanied by a pretty cringey musical cue.

Get the gist? I hope so.

Okay so as I said earlier, there are a lot of sex possibilities in this game. Well not actually sex, but sex implications. One of the in-game jokes is "A Witcher! Hide your women!". According to the game's lore, witchers have lots of sex essentially and are also infertile. So Geralt is not going round making loads of witcher mutant babies with lots of random woman.

These encounters for the most part, are summed up by the word earlier. Random. There are two of these sex cards for the different prostitute characters and there are cards for romance interests which play an important role which runs through the game. However for the most part, most sexual encounters are relatively casual and meaningless. Some of this cross from believable to ludicrous however, and its difficult to try and understand whether its the developers taking the piss or just taking the casualness of it to its logical extreme. A good example is of a Villager in Chapter IV, who asks for a sugardoll (a sweet), and once given it, has sex with Geralt. In fact there is a lot of gift giving which is then returned by sex just enough for it, even if it is a parody, to be a little uncomfortable.

A big defense of this was "You don't have to have sex with anyone technically" which is bullshit. If the game contains something, then its not about whether you the player utilise it or not, its about exactly why the developers have put it there in the first place. The motivations and intentions are pretty important, especially concerning an issue as socially sensitive as sex.

It's difficult as well, considering there is a big divide between all of these sexual encounters (for the purposes of this, I will assume that you completed as many sexy cards as possible) and the other side of things, the relationships.

You have the possibility of two continual relationships beyond casual sex, Triss Merigold or Shani. The relationships continue until a point where you must decide who to give a child you care for, Alvin to. From that point, you actually spend a brief period of time dealing with a very different character. Geralt becomes a doubtful father figure, who starts thinking about the long term future beyond the events of the game, especially in regards to Triss (that was the relationship I pursued), both who can't have children naturally, but both want a life for themselves.

For a brief period of time, the game manages to transcend the veil of casual empty sex to something more fulfilling, more complex and difficult to think about. The Witcher begins to actually call your actions and your lifestyle into question. Geralt no longer can just be a monster slayer, he starts to realise he has other responsibilities now. It was actually pretty intense stuff.

But you still get to have loads of casual sex. Talk about a having cake and eating it situation. It seems pretty surprising that after this stuff, Geralt gets to have sex still with loads of women and no one ever calls him out on it. Obviously you don't HAVE to, but the fact that its there implies that they wanted that option open, and it was pretty surprising for me the staggering lack of consequences after committing and exploring all this heavy stuff, that the devs just decided to let it go essentially. Just because its a fantasy game, doesn't necessarily mean you can ignore consequences for certain actions.

One thing that's good is the variety of depth and motivations for the characters. Some of them are one dimensional and crude in their sexy sex sexness and a few of them are from the classic "You saved me, do you want to have sex" school of thought, but many of the women characters are strong and independent and sexually liberal in a way that was pretty refreshing in a game with a sexist environment. They have many reasons for wanting to bonk, and the majority have nothing to do with fawning over Geralt or his acclaimed sexual prowess (for all we know, he could be the worst, but if he is no one tells him).

The Lady of the Lake example is really really good, just because it shows that even being a god doesn't mean you can't have sex. In fact, Geralt is often thrown off of his "witcher charm" as they seem to put it by these confident women who know what they want. Even though you are in the driving seat of the game, its not always you who makes the come on (zing). Skip to about 1:37 to see the scene.

Honestly The Witcher does have some problems, it's 'gotta catch them all' is a humorous but also true summing up of a large part of it. And it does create a mindset of 'maybe this girl will give me sex' which is damn problematic, to the point where I was honestly surprised by one of the characters not having sex with Geralt. It's definitely not a shining example of treating women beyond sexy objects, but it also wasn't the train wreck I had heard it was. Sex is easy to come by in The Witcher, and for the most part it carries little consequences. And just like Geralt's sword(s), it's a double edged way of painting a world.
[hr]

Jesus that took a while, Sorry for it being a bit shabby, I'll tackle Assassins Of Kings next time, and that will be more interesting hopefully. I'm also a little thin on material for this series (I've got a few, but like I said in the intro, not a lot of people deal with this subject matter) so any suggestions would be appreciated.

PK
Login to vote this up!