10 things you will regret reading about Seymour 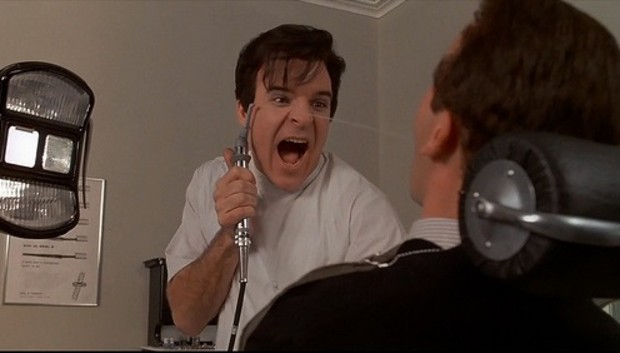 Before about a year and a half ago, the worst day of my life was what traumatized me into never ever drinking or smoking again. While that is a story worth telling, it's also a long one. And not the focus of this section of the blog. My true worst day story does still have to do with drugs, though. This time, it was under the caring supervision of my dentist.

I only say "caring" because I'm sure it wasn't his intention to shoot me up with so much of whatever the hell he gave me for my tooth removal that I felt like I was on a bad shroom trip.

It may've only lasted about 3 hours, but those were some fucking awful 3 hours. All I could see was a swirly blur of purple, yellow, black and green, all I felt was extreme depression and anxiety, and all I could stand to murmur was "I want to feel normal.". You'd think it'd be something that'd pass with time, the vivid memory of a bad high. But, I guess that, sadly, only seems to work with the good ones.

Interestingly enough, the best day of my life had to do with drugs as well. You might think that I've led a pretty exciting life, but no. Not really, no.


1. The Internet is the reason I'm as socially well-adjusted as I am

From the time I was in high school to when I started going to college for a brief 6 months, it was about a 5-year span. In said span, I went from quiet, awkward and hardly self-aware, to one of the most talkative (and occasionally trouble-making) students in any of my courses and one very much aware of how stupid or plain wrong I could be.

Not from parties, casual get-together's, classes, or anything like that. It was The Internet. Finding new friends over Xbox Live and chatting it up with them and others via a number of forums or Skype, skimming through hot e-topics that eventually led to me wanting to take part in intelligent discussion, and watching a stupid amount of YouTube content. All helped form what was a sludge of how I am today.

To think of where I'd be without The Internet is, actually, a little frightening. I've always considered myself a late bloomer in many respects, and, even still, I have a ways to go. But, as somebody who had originally been developing in what most would consider a "normal" environment, I simply wasn't where I needed to be until The Internet became a huge part of my day-to-day.

It all may sound somewhat pathetic, but considering the results, I can't complain. My life is still waiting to really get going, but I can't wait until it does. I'm ready.
Login to vote this up!