10:42 PM on 02.24.2014 (server time)    0
I know what you’re thinking: Isn’t it a little early to list off the best games of 2013? And if you’re not thinking that… think about it! I mean, the Oscars haven’t even happened yet: those people haven’t necessarily had a chance to see all the nominated films yet, and they actually have some professional obligation to do so. I don’t, and videogames are so much harder to get through besides! So you’re right, it is too early, and I haven’t had a chance to play all the 2013 games I’m interested in yet, but goddamnit I’ve started playing 2014 games and I don’t know when I’m gonna get around to buying stupid Grand Theft Auto and Metal Gear Rising and I wanna make this goddamn list already so fuck off!

Er, anyway, 2013 was a ridiculously great year for videogames. So much good stuff! All ten of these games are A-level wonderful, wonderful games. To say nothing of what I left off – so much great stuff – including Pokémon X which is possibly the best Pokémon game ever because you can catch a Farfetch’d two hours in.

2014 on the other hand looks a bit dreary by comparison I must admit. But there are some interesting games coming. Since I still haven’t done my most anticipated games of the year list yet either, I’ll try to mix them in with this list. That’s like two lists you’re getting! You lucky dogs. And, as a bonus, howzabout I throw some other random 2013 ‘awards’ in as well? I’ve just changed the title of this blog from ‘Spectacular’ to ‘Extravaganza’. 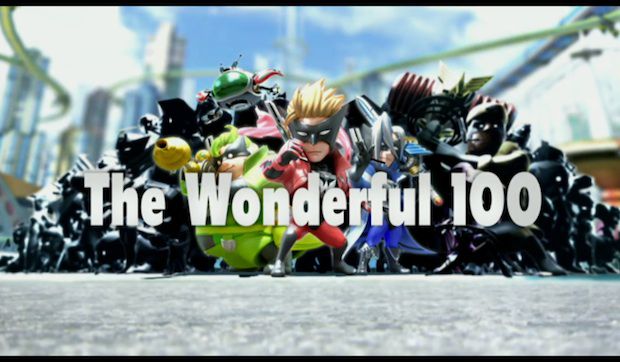 The Wonderful 101 is the best game on the Wii U, it’s the best action game I’ve ever played, it’s breathlessly paced, funny, spectacular and visually gorgeous, it’s a totally unique combat system that only gets better and better as you get better at it, it’s a complete game experience, huge yet so full of little details, and just when you think it can’t possibly feel climactic in the wake of what came before, my god, that ending… What more can I say about The Wonderful 101, I feel like I’ve said it all before. Just buy it, if you have a Wii U and like cool videogames. It’s everything I want the Wii U to be about, and it’s freaking awesome.

END!
Login to vote this up!