MY REVIEW: Call Of Duty NaNoWriMo 2013

8:47 AM on 11.07.2013 (server time)    0
What is there to be said about Call of Duty? It is a war simulator, one not much unlike real war. For if, as a soldier, one were to configure their control scheme in the middle of a firefight, one would certainly find themselves dead on the ground, would they not? In this and many other ways it is an accurate representation of blood and battle. For man was meant to do harm against his brother and his brother harm against him. In the thousands of years man have lived, very few have been without war. So where does Call of Duty stand on the long list of current video games wherein the subject is, or pertains, to the subject of WAR?

I submit that it does.

There are many guns in the new Call of Duty. There are dog companions. These companions can be utilized at the WHIM of the user in order to attack and defeat the enemy. A boundary has been crossed; the Woman is now allowed to partake in the war. She brazenly stands amidst the fire of battle wearing only a ponytail to protect her from the MANY BULLETS that traverse the atmosphere of the digital field. The brazen woman is a post-modern feminist of the highest degree. This is a great change for the Call of Duty series that plunges it into the morass of modernity. 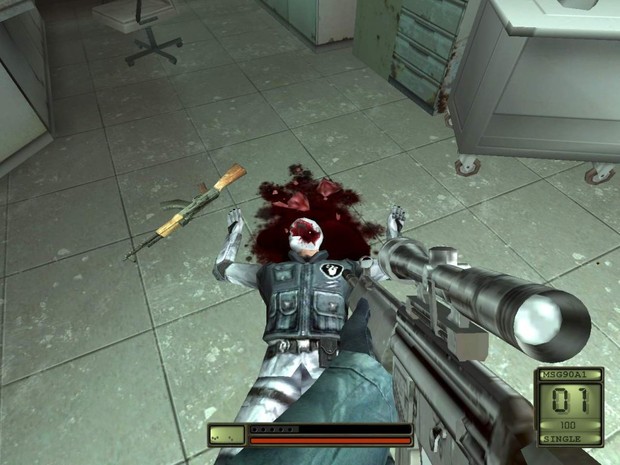 In short, Call of Duty is a limited experience, a microcosm of our falling society today. It would receive a score, but numbers are unbecoming as the summation of the full experience. It will make you question your resolve to subsist in the modern world. You will be tested, physically, and mentally. And like many of your peers, you will fail to transcend the experience.