2:28 PM on 10.31.2013 (server time)    0
So I just spent an entire afternoon drawing Halloween themed fan art of the Podtoid crew. I still find it incredibly unusual how this podcast, of all things, motivates me to do creative work. I based it from Freaky Constantina and the gag names they used in last year's Halloween special.

I shall now provide some gripping and thought-provoking commentary on the images that you are about to see. 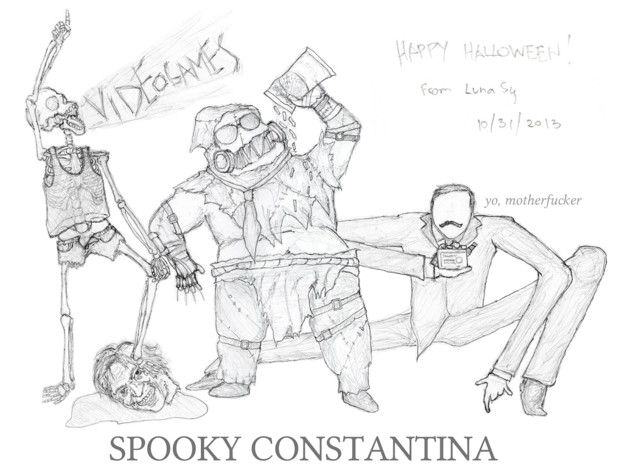 I really need to learn how to color.
Login to vote this up!