6:15 PM on 10.28.2013 (server time)    0
This gen is finally ending. Sure took forever, didn't it? I remember The 360 launching in 2005 (Jesus Christ that feels like forever ago...), and the Wii and PS3 launched 1 year later, during my senior year at high school . I even remember trying out a Twilight Princess demo with my friends around that time.

I grew up playing games, starting with an SNES my dad got when I was 3. They've always had a special place in my heart. From playing Mario Kart with my dad on the SNES, to getting an N64 with Ocarina of Time as a reward for acing my tests in 3rd grade, to playing  Soul Calibur 2 with friends on my GameCube or Halo at my friends place, games had always been there. But with high school coming to an end, and College drawing ever closer, my free time seemed to vanish, and money was in short supply. It would be in 2008, 3 years into this gen, that I would get my first "Next-Gen" system.


2008 was not a great year, to say the least. I adapted poorly to college, and dropped out within a year, in part due to a pretty nasty depression. Most of 2008, I would rather not talk about, but it went a little something like this:
[hr] 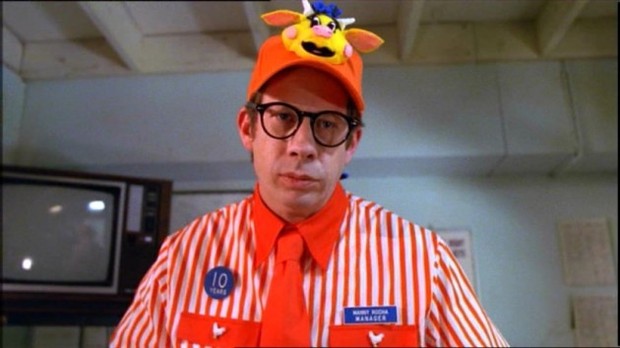 By November that year, I'd gone crazy. Nuts. Bananas. Two fries short of a happy meal. So I did what any sane 18 year  old would do. I quit. And then, a few days later, while browsing the web, drunk for the 3rd straight day, I saw this:


My mind was blown. That weekend, I went to my mall's EB games, picked up a 360 arcade edition and got this along with two other games (Mass Effect and The Elder Scrolls IV: Oblivion. This may have not been wise.

Still living at my parents, swamped with a still considerable amount of debts from my brief stint in the world of higher education and no real clue what to do with myself, I wandered from dead-end part-time job to dead end part time job, doing nothing else but playing games during my (plentiful)downtime (Also, this is the moment in my life that I started playing EvE Online. But that's a whole other blog in and of itself.). In the meantime, I picked up a Wii, and later a PS3 when the slim revision came out (For Demons Souls) and my 360 wound up dying shortly after completing Mass Effect 2. Looking back, the time from when I first picked up a 360 in 2008  untill november of 2011 are pretty much one big blur of shitty jobs, self-loathing and awesome (yet money draining) games.

Then, early in November of 2011, I got a call from an old friend. To keep an already long story short, that call was the beginning of a big change for me. I got a full-time job in a small company, a job I still have to this day. I started seriously repaying my debts. I got Skyrim (It came out the day after I learned I was hired. Kinda hard to forget a release date of 11/11/11.). And, last July, I finally moved into my own apartment for the first time, at the age of 22.

So while there are many things I'll remember about this so-called 7th Gen, like my first time playing Mass Effect, or finally finishing Dark Souls more than a YEAR after it released, or simply raging impotently at my PS3 when PSN was hacked and downed for a month and I just wanted to play some goddamn COD with my cousin, there is one I will remember above all else when I look back at this gen later in my life:

This was the gen that saw me change from a carefree teen, to a broken mess and back to a (Somewhat) functional adult.
And for that, just this once,I say this to you, game industry:

Thanks for being there.
Even if you are pants-on-head retarded at times.
You've got a good thing going, here. So try not to fuck it up too much in the coming years. There are days when I hate you, but god knows where I'd be without you.
#PersonalBlog
Login to vote this up!