My Favorite Grand Theft Auto Moment: Getting Owned by the Army

"NO!!" I raged at my screen as I called in a helicopter and destroyed my cousin's apartment.

The games were much more simpler then....or well the only game in which I had no clue in what I was doing. I knew there was missions, dodging the cops, jacking cars, the usual works from Grand Theft Auto (not to mention running over people was very easy in these two games). GTA was like this game where I would play if I was stuck in games like Final Fantasy or trying to 117% Spyro.

Alright, onto my favorite GTA moment: Getting the 6 Stars/Heads Wanting rating so the Army comes in to destroy you.

When I first saw my older brother get a 4-head bounty and how the game was basically out to destroy him; I actually thought that it was pretty awesome. The game honestly felt like it was programmed to just destroy the user. So with that, my brother and I had a competition see who could get the 6-head bounty and who could survive the longest. 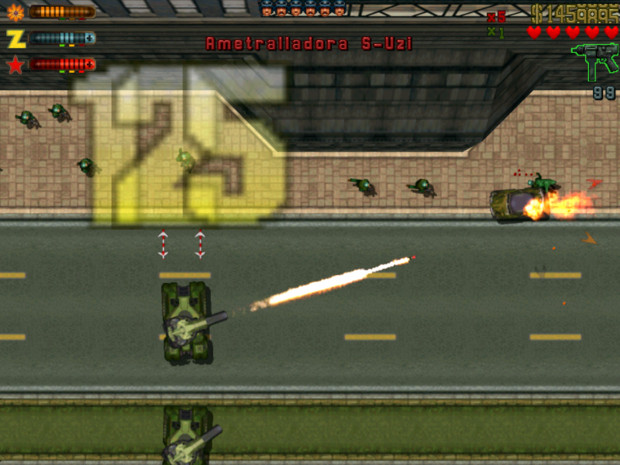 Suffice to say it wasn't even close because the second I got the bounty all I remember was seeing a missile straight from a tank blow me up! It was hilarious but awesome at the same time, I never saw such hectic-ness in one game! I don't think I ever played GTA right and while I didn't like IV that much, it is still a series I respect. The game is just out there and let's the player get lost in his own world, very much like I did when I played GTA II.

If you just wanted to skip to the end and not read, my favorite moment is getting shot in the face with a tank missile; just cause I was the greatest petty car-thief of all time!

-
Don't forget you can subscribe to Youtube Channel: LegendofMikeandBill that is only if you want to watch awesome gaming videos with full walkthroughs, unboxings, and news-updates you can also catch TLMB on Facebook so make sure you like us or on WordPress!